american firm faulders studio designed was one of the six winners of the rising tide competition for their project ‘raydike’. 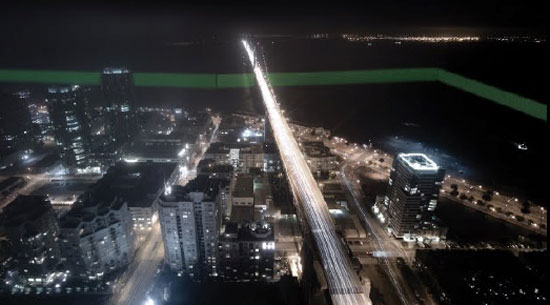 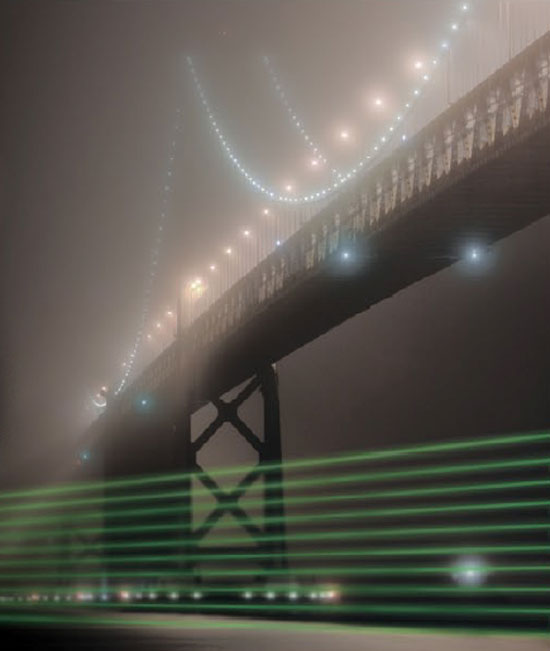 the ‘raydike’ proposal is a bold and necessary next step towards raising political capital and public awareness to the impact that an estimated 55 inch water level rise will have on the san francisco bay in 100 years.

by mapping directly upon the bay how a large, standard earthen dike system lining the coast would appear, complete with accurate elevation heights and geographic locations. ‘raydike’ is a real time knowledge and awareness system. additionally once deployed its presence could begin to stem the flow of new urban development into affected low lying areas and would initiate the process for tidal zone land reclamation. 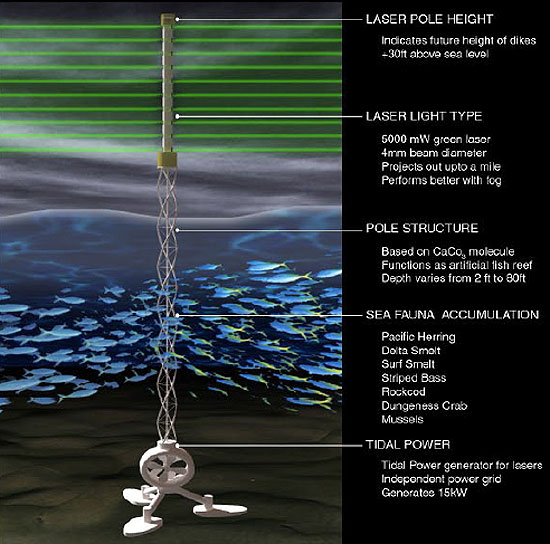 the ‘raydike’ network relies on the bay’s unique atmospheric condition for intermittent low lying and year round fog and uses a laser light beam system that projects potential barrier elevations through the dense night air under favorable conditions. the result is a hypothetical and realistic depiction of tall barrier walls surrounding urban cores and coursing through natural tidal shores.

light emitter nodes are self powering using existing wave generation technology and the open truss vertical emitter nodes offer proven methods for seeding fish and shellfish farms underwater. the project can also be deployed to other cities around the world, where an atmosphere of water, mist and fog are often present further aiding in the cause for global action. 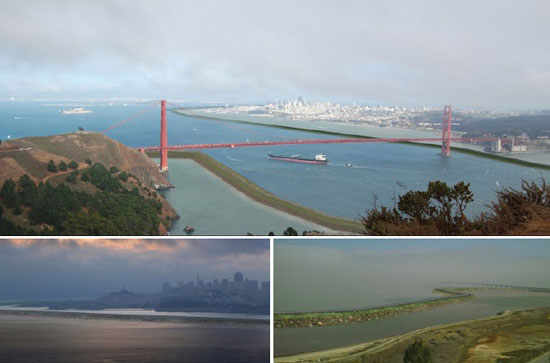 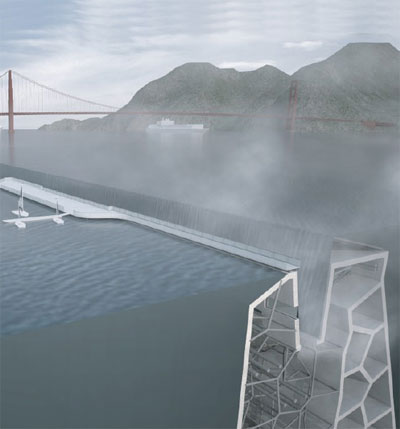 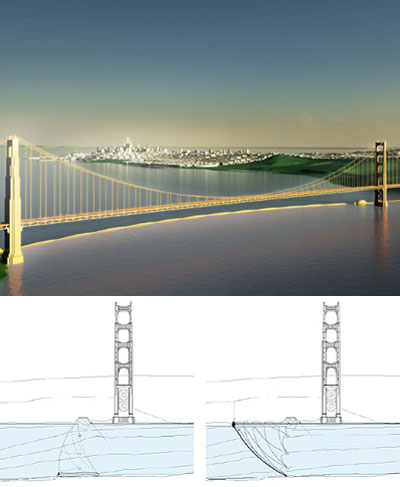