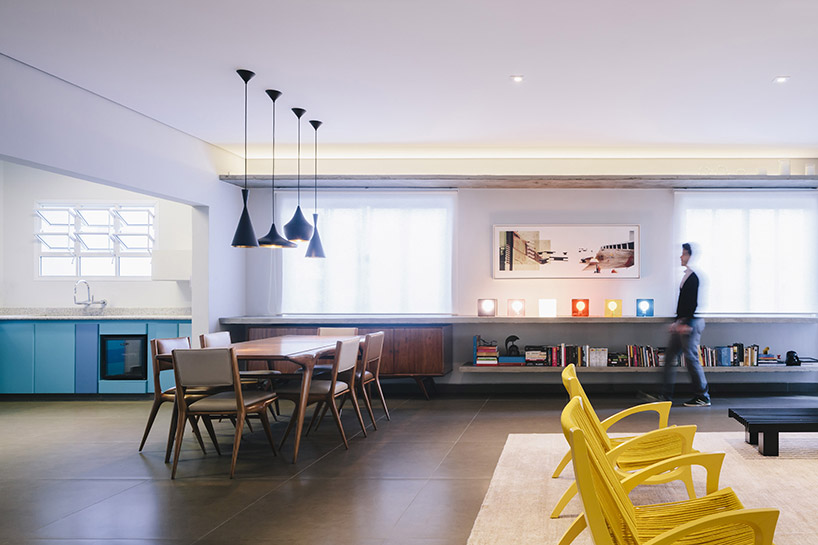 FCstudio has finished the renovation of ‘maranhao apartment’ in sao paolo, brazil. according to the architects, the biggest challenge of the project was the conversion of a family apartment into a residence that fits the needs of a young, single advertiser, while retrofitting securities provided by the original structure. therefore, the work respects the memories of the space by exposing its existing components and materials with the addition of contemporary design elements. 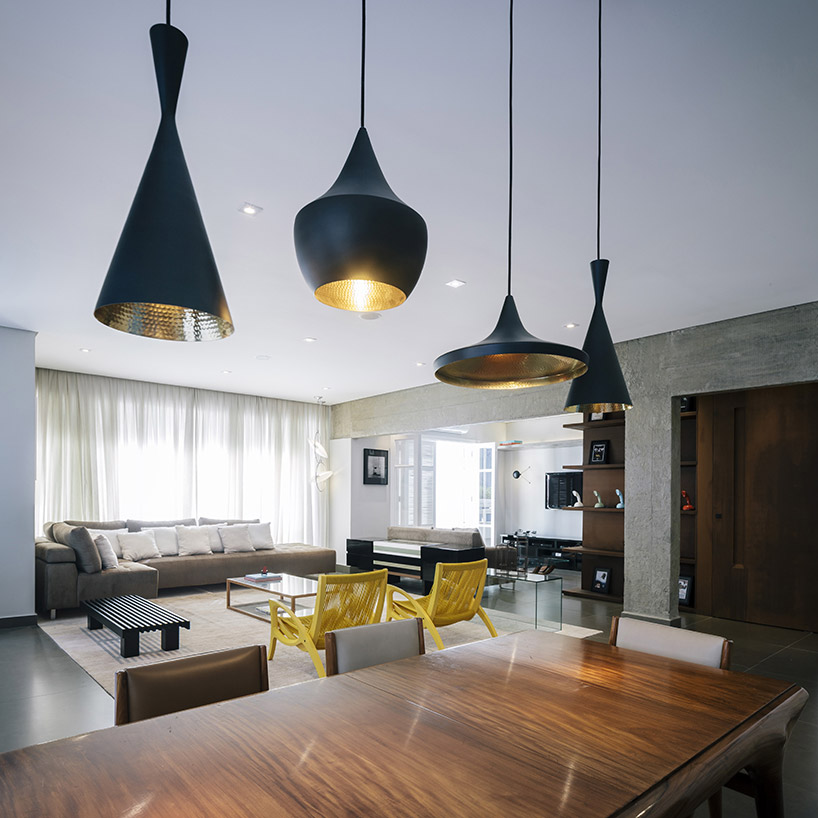 the living room, home theater, and dining table have become part of a unified and continuous space through the demolition of walls and removal of the toilet that once disrupted the openness of the floorplan. this connects to the kitchen where the construction of the old form has been reutilized to arrange a wine rack and storage cabinets. concrete shelves have been crafted along fenestrated walls that specifically emphasize the horizontality of the public areas and serve as a shield for pieces of art. 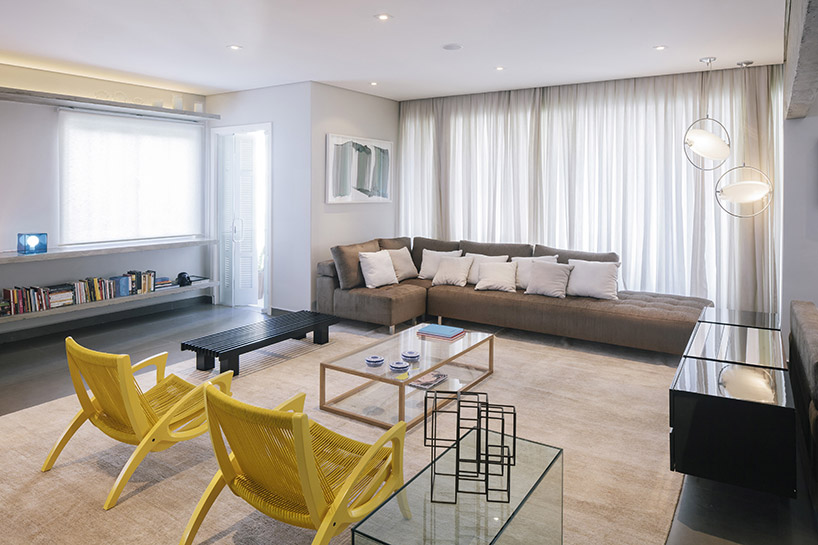 meanwhile, a large gallery of corten steel that wraps around a corner from the television to the lounge demarcates between social and intimate programs, camouflaging access that is created through a pivoting door to the master bedroom. these characteristics combine to display a sober color palette that contrasts and highlights the interior furnishings. 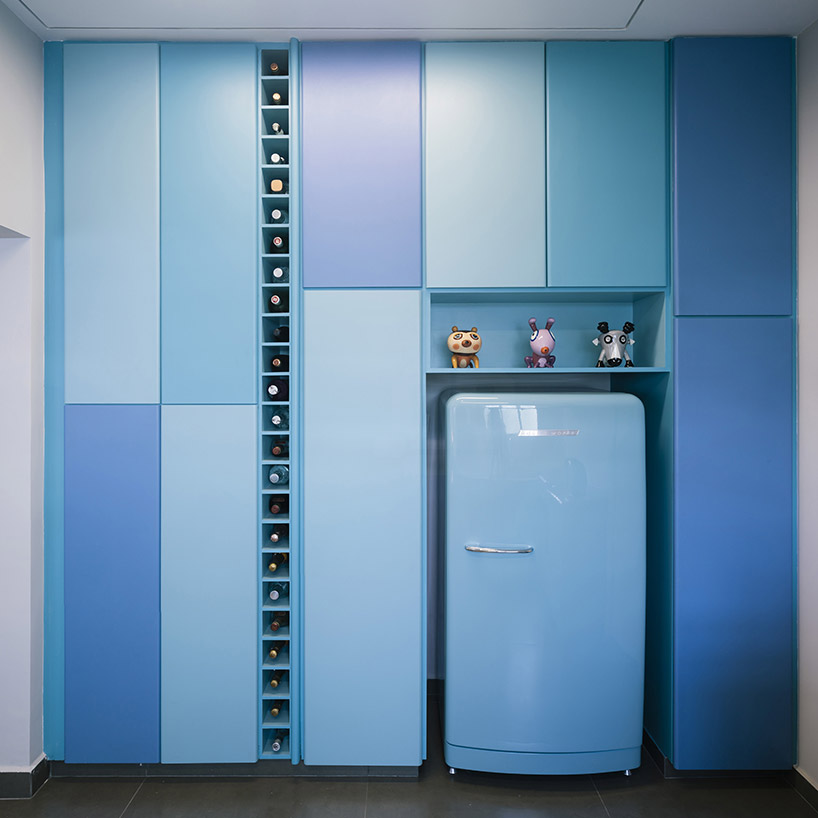 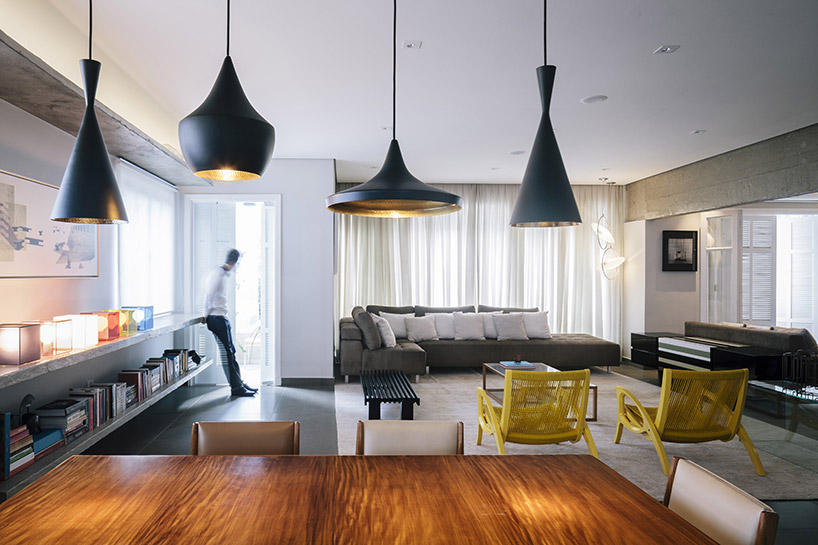 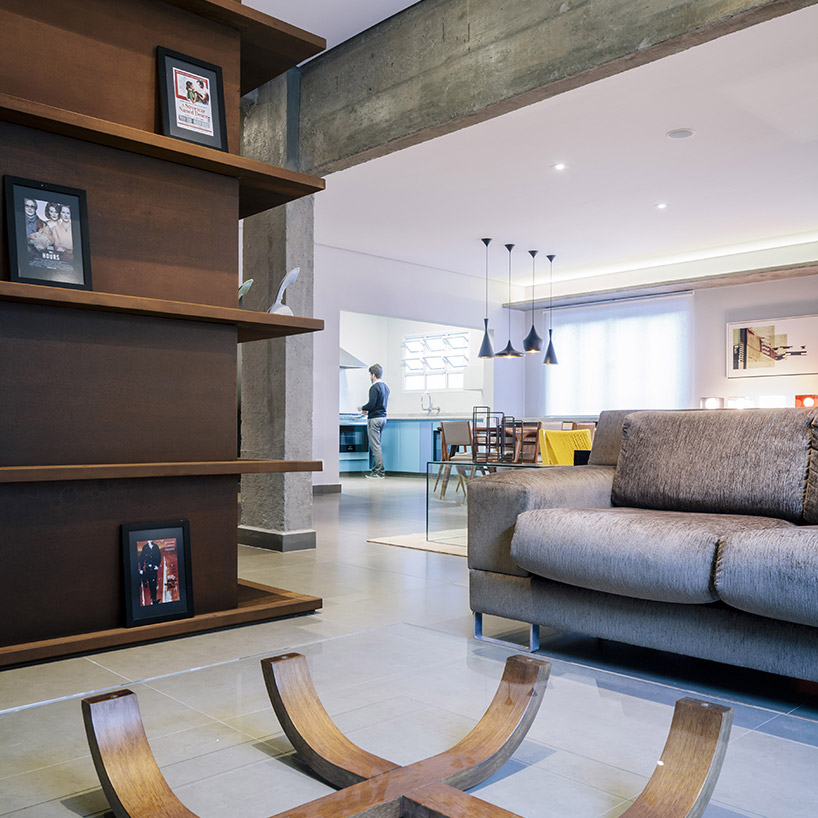 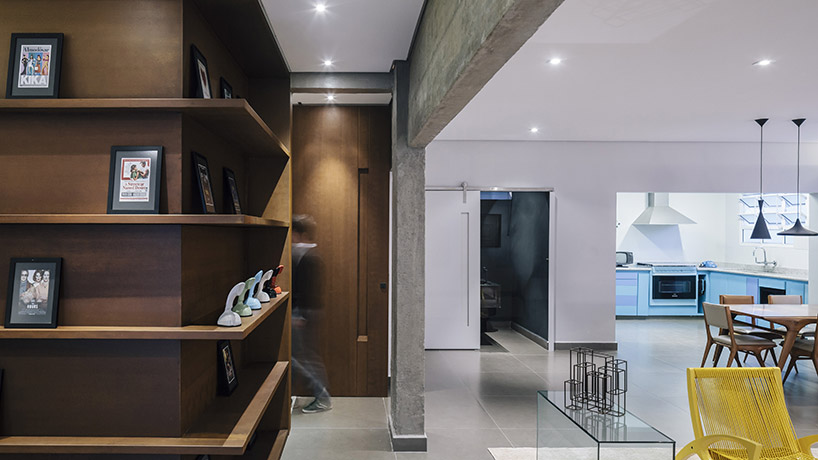 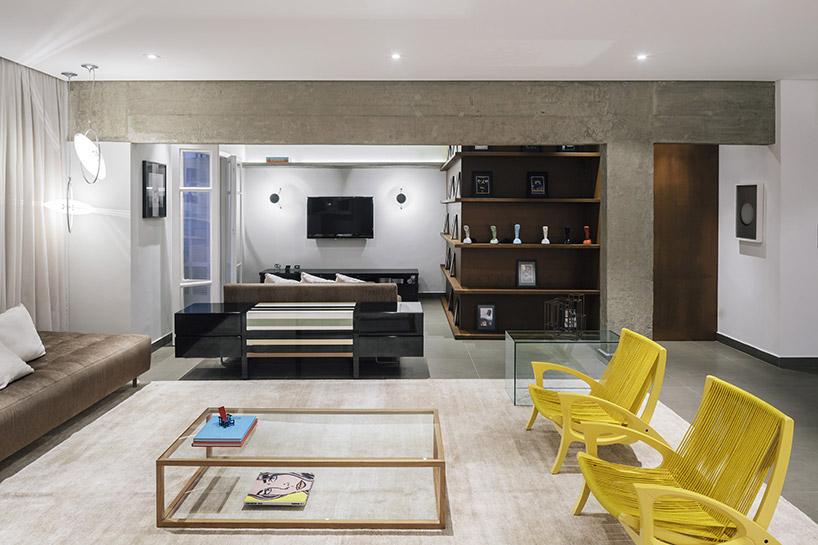 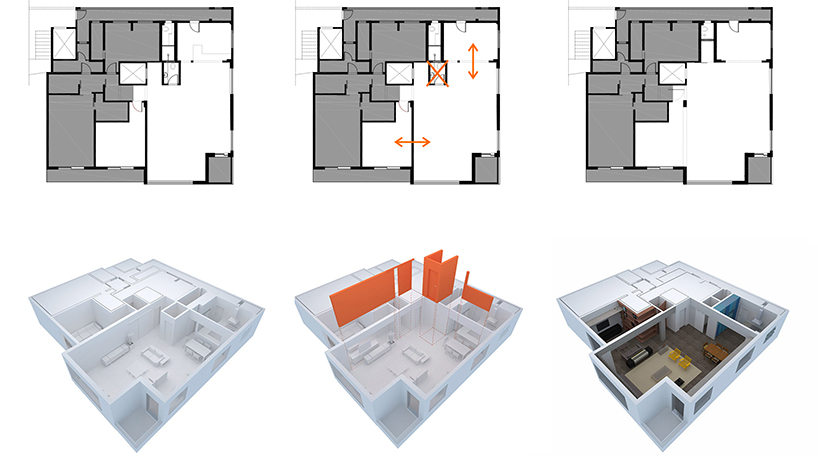 before and after intervention 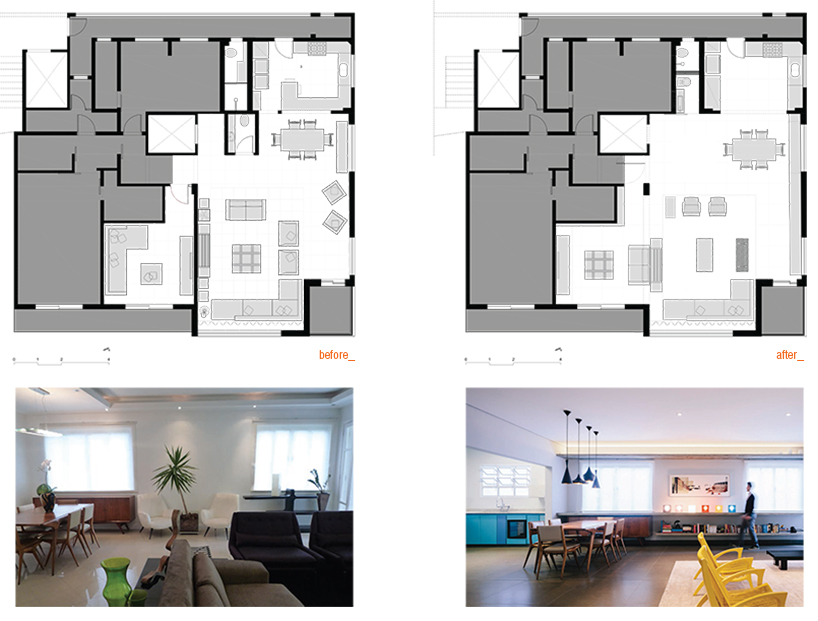 plans before and after 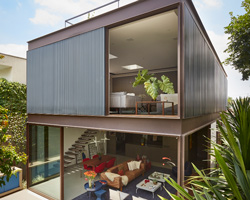 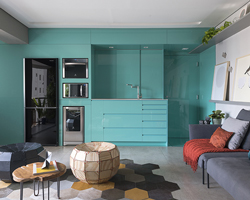 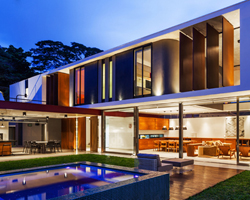