located in alto malcantone, west of lugano, switzerland, federico rella’s ‘11401’ house overlooks the surrounding landscape. its exterior comprises a load-bearing structure in reinforced concrete, which carries the timber volume of the house. inserted perpendicular to the contour lines of the site, the linear building breaks free from the arbitrary layout of ‘legal’ borders, exploiting and preserving the land’s natural conformation. 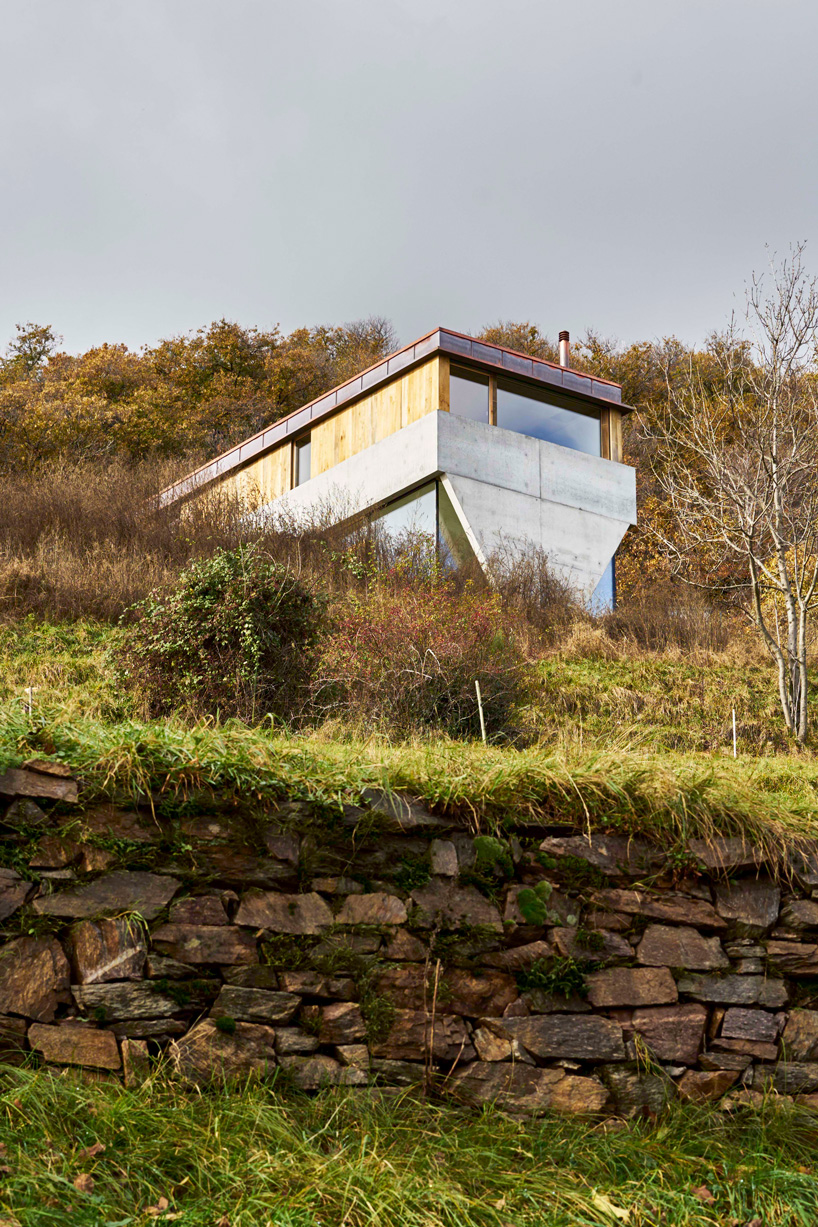 all images courtesy of federico rella

federico rella has placed the new building on three points, which created a sequence of spaces under the main volume, consisting of kitchen, porch, and rock cellars. as one approaches from the street, the house appears to be made up of one level, though in reality it is organized on two levels. ‘the intention to change the view from uncrowded paths influenced the decision to reduce the perceived size of the building,’ explains the lugano-based architect. 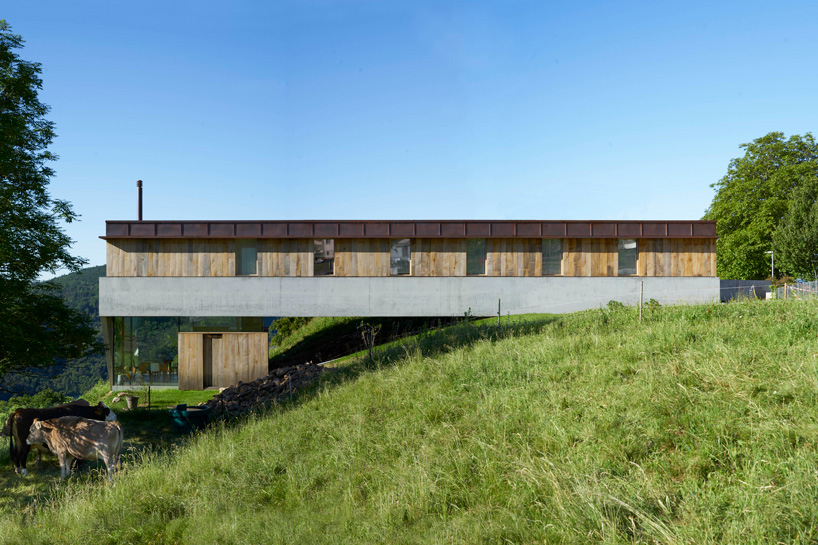 placed at the level of access, the first floor of the house contains the bedrooms, living room, and services. this level develops towards the valley, establishing a strong relationship with the landscape. on the floor below there is the dining area, connected to the old peasant terraces, mount ferraro to the north, and the valley to the south. the rooms are oriented to the south, where, thanks to the morphology of the place and the position of neighboring buildings, the view will remain unchanged. 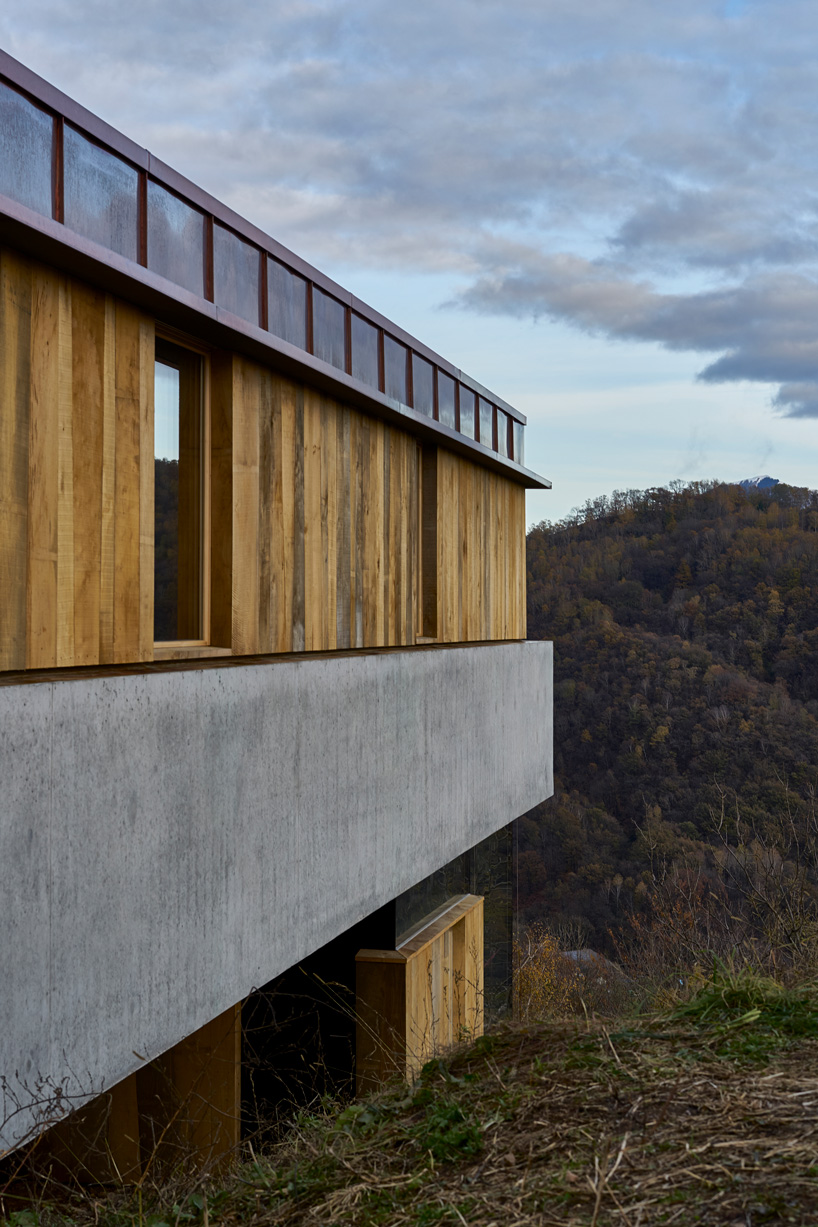 the building comprises a load-bearing structure in reinforced concrete, consisting of two beams that rest on the flat part of the land and jut out into the valley. they are supported by a central pillar placed at the head of the building and anchored to the lower terrace. the secondary structure, made of timber, develops inside the beams and defines the volume of the house. 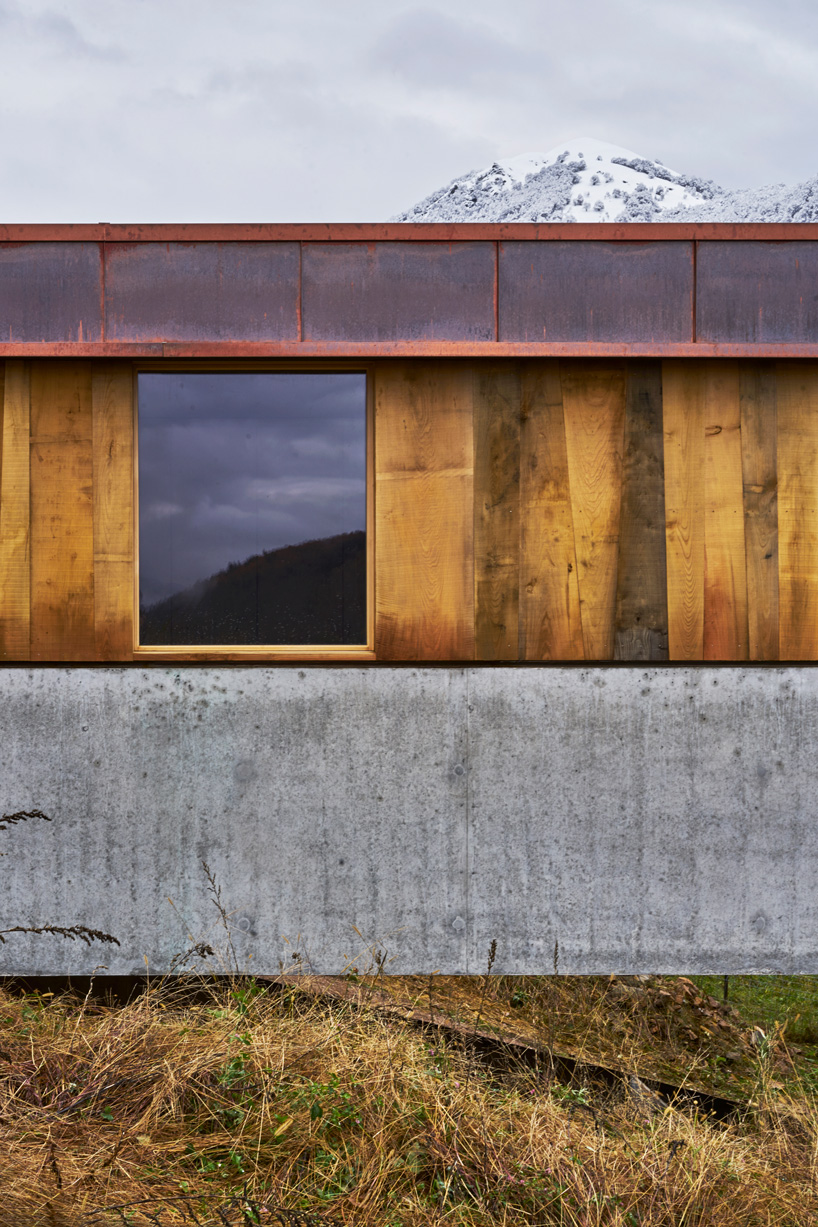 horizontal bands show the structural part in concrete and the overlying part in wood, covered with rough chestnut boards found on site. ‘these have been trimmed following the “tree shape”, concerning the various characteristics, such as knots and cracks, this way limiting the waste, allowing to make the most of the characteristics of the local wood,’ adds rella. ‘the choice was made both considering durability of the material to atmospheric agents and its ecologically and economically sustainable performance.’ the external areas, such as parking, porch, and flat roof, were made with crushed excavated material, an iron-rich red gneiss that characterizes the natural rocks of the region, proposing a chromatic result similar to one of the buildings in the historic center. 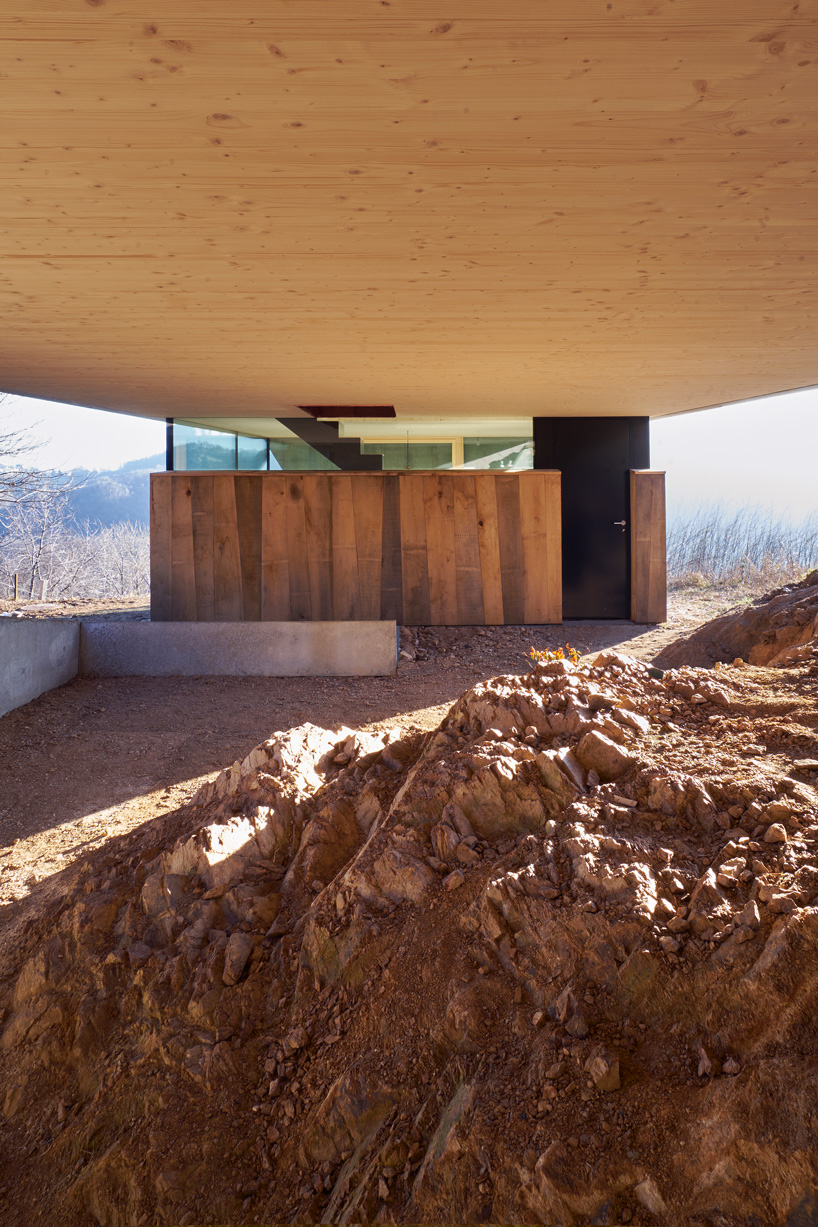 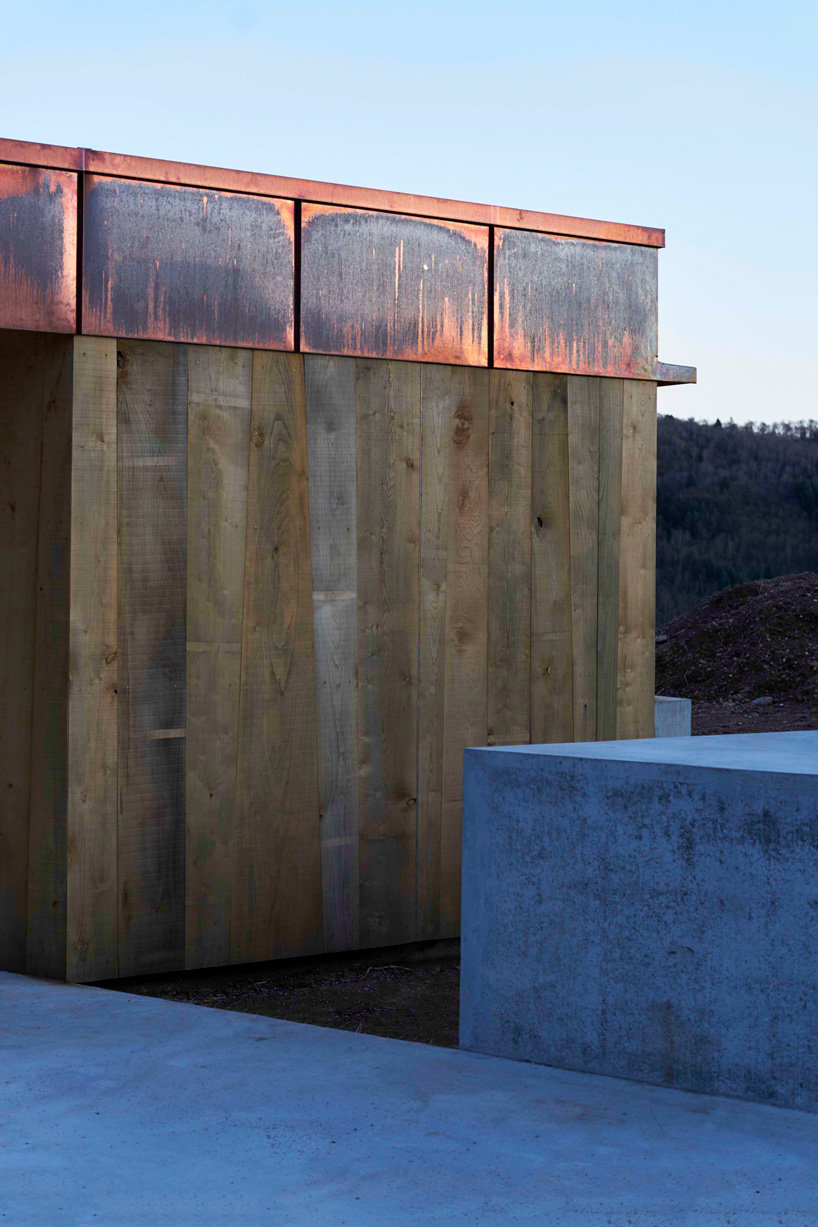 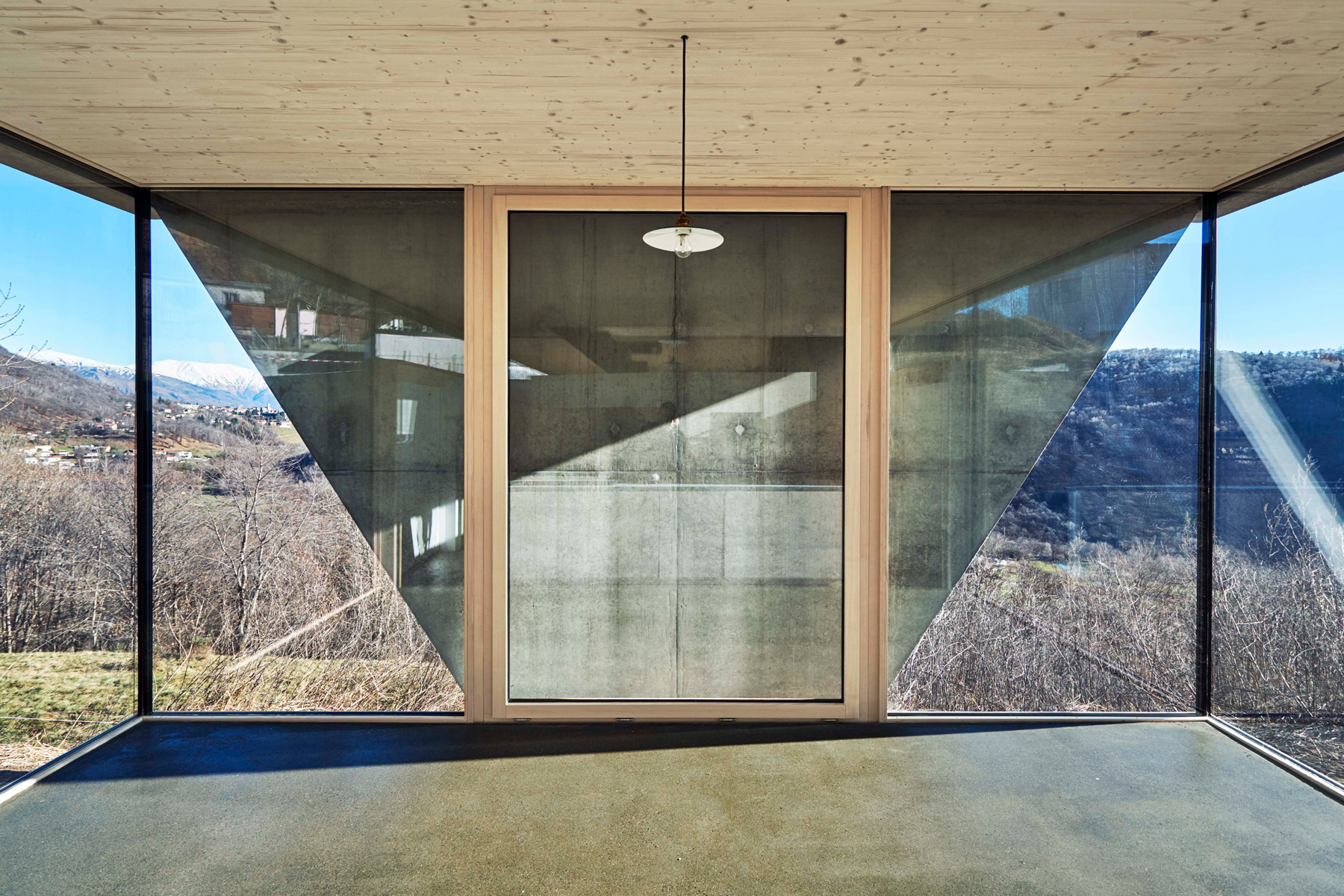 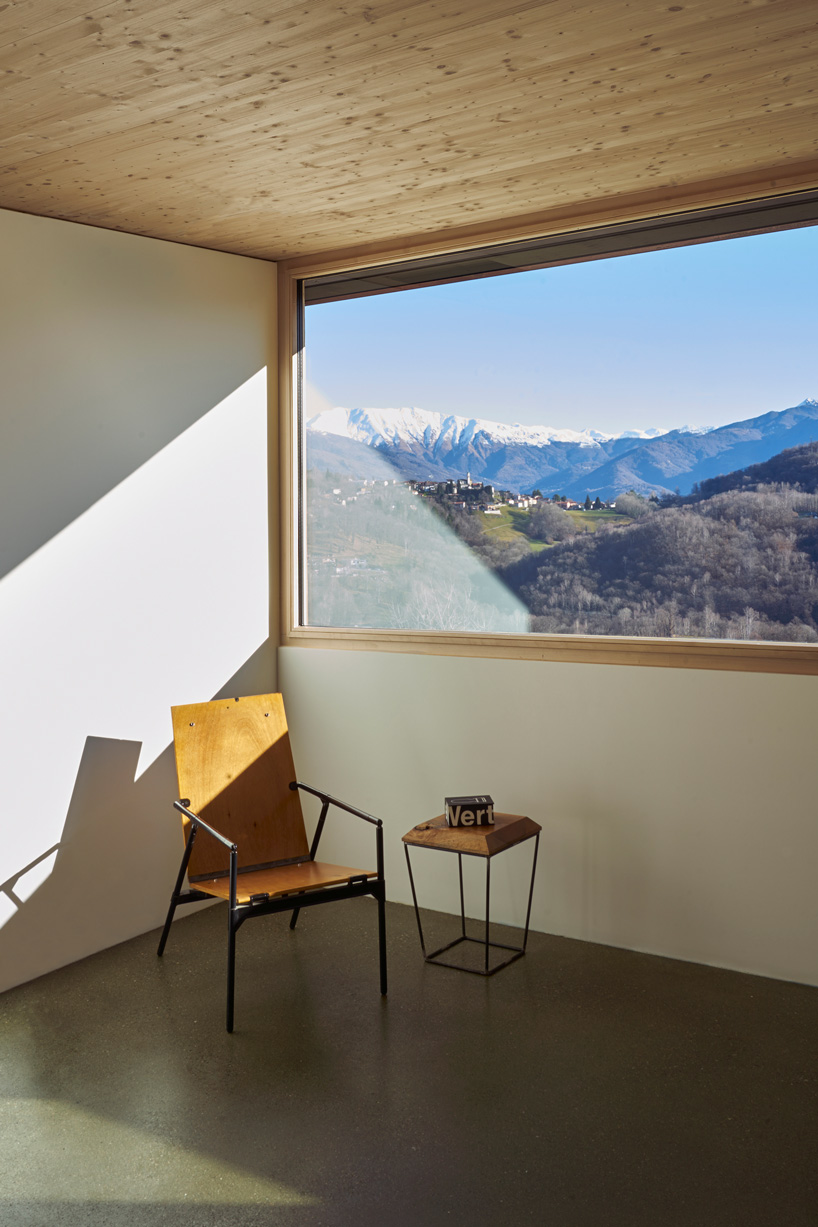 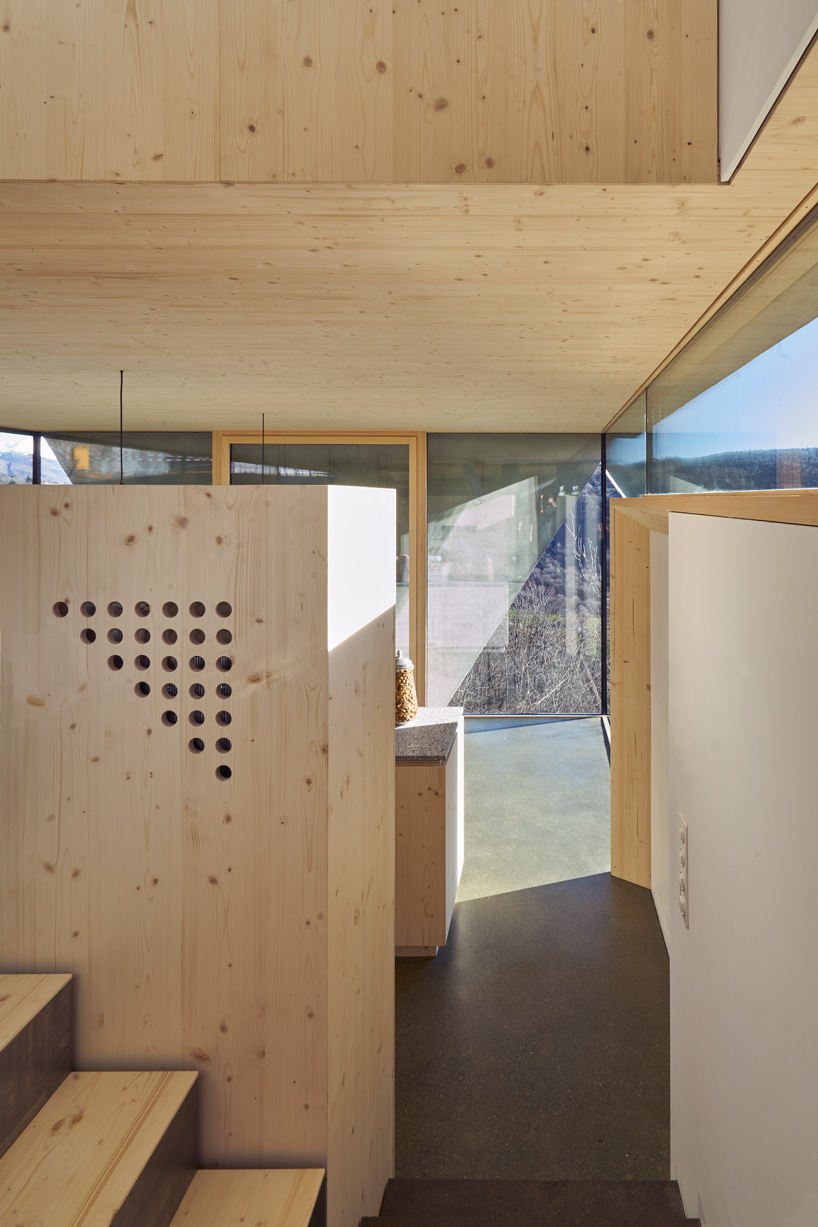 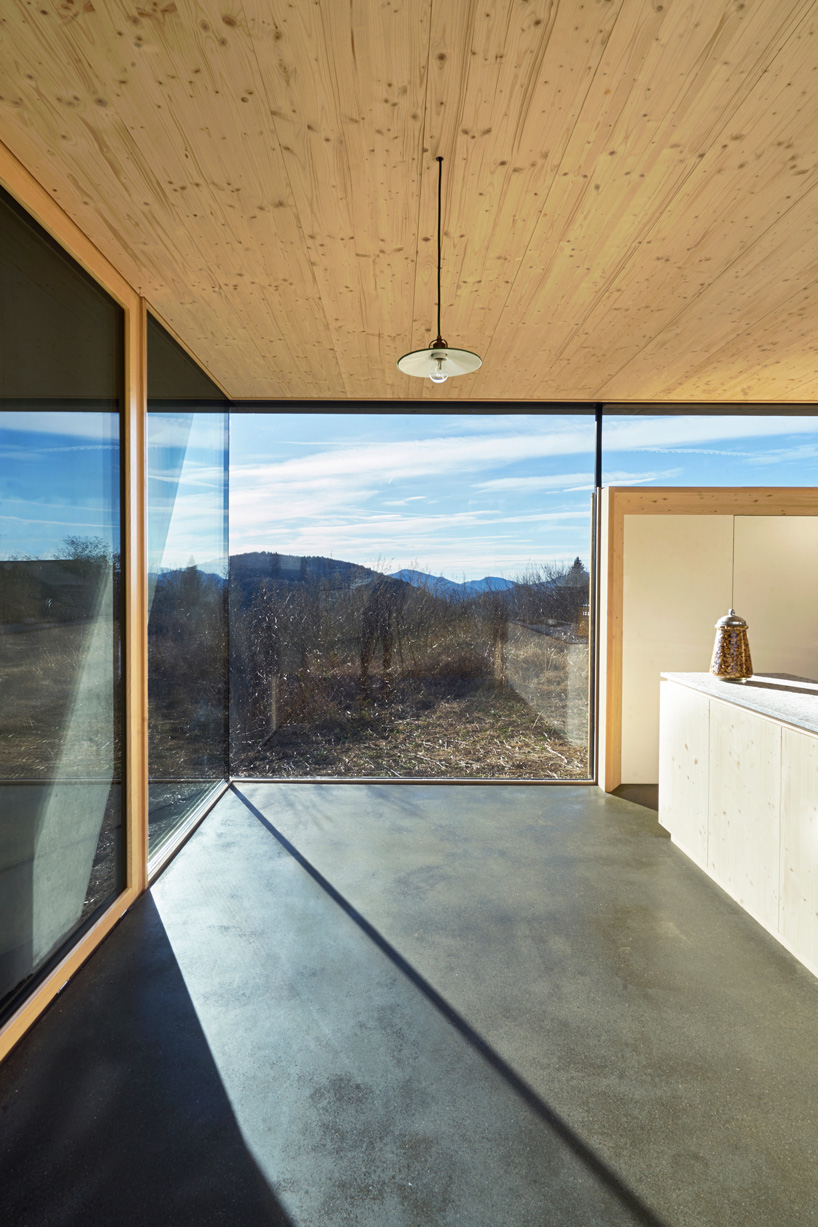 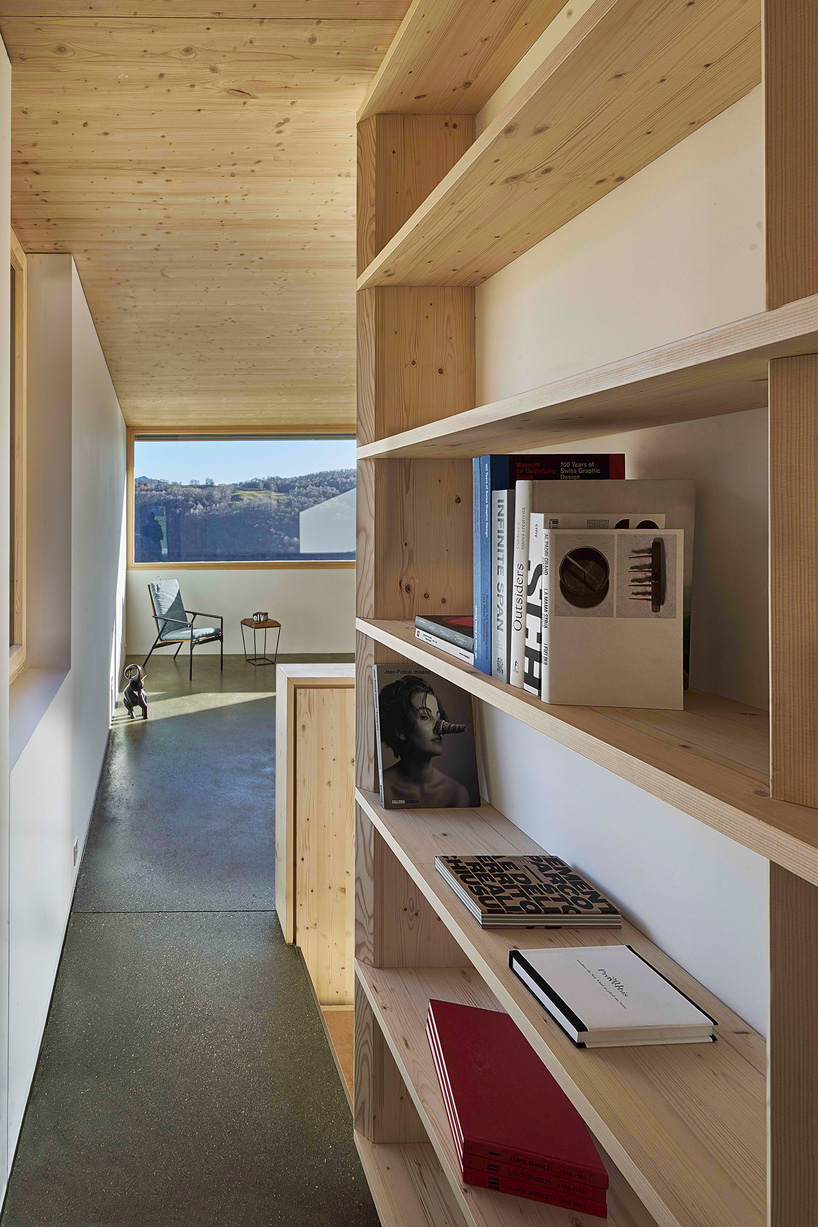 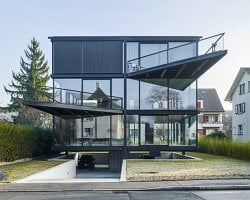 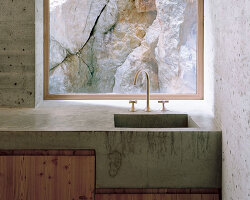 Jan 24, 2021
mold architects embeds nCAVED house into the island cliffs of greece
the dwelling exists without an exterior form, but as a series of occupiable volumes subtracted from the earth.
architecture
+4K shares
connections: +2990