UK based architects feix and merlin have submitted a design for living architecture’s ‘a room for london’. the open competition is seeking design proposals for a hotel room that will be temporarily situated on the roof of the queen elizabeth hall during the year of the 2012 olympic games.

the project looks to the notion of relationships – how they weave through and intertwine people’s lives – and the overlapping layers of history that exist within london, england as a basis for their project. this idea of layering identities, experiences and stories led the team to develop a theatrical experience in which guests would inhabit a glass structure encircled entirely by translucent curtains. 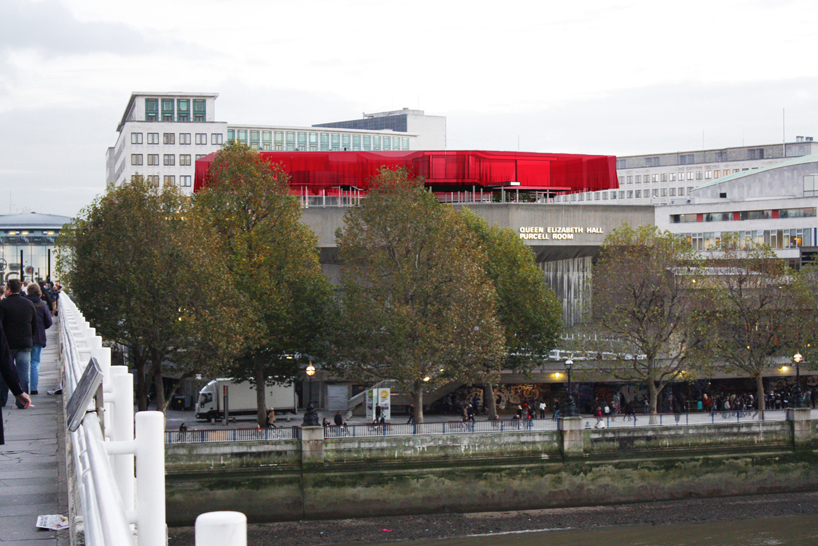 the curtains are embroidered with the stories of people who have lived and experienced the city, but the idea will also be further developed during the life of the project to include stories from the people who occupy the room, integrating the character of the guests into the art and architecture.

by day the fabric will appear as a ghostly layer that seemingly floats above the hall, the text of the embroidery creating shadows onto the layers behind. at night, the room will glow as the guests move around and use the space, turning lights on and off, with the text silhouetted against the light. when the wind blows, the curtains will ripple and move, revealing pieces to the narrative that is occurring behind them. as the seasons change the building will adapt in response to the qualities of light, the strength of the wind, the darkness of the light. 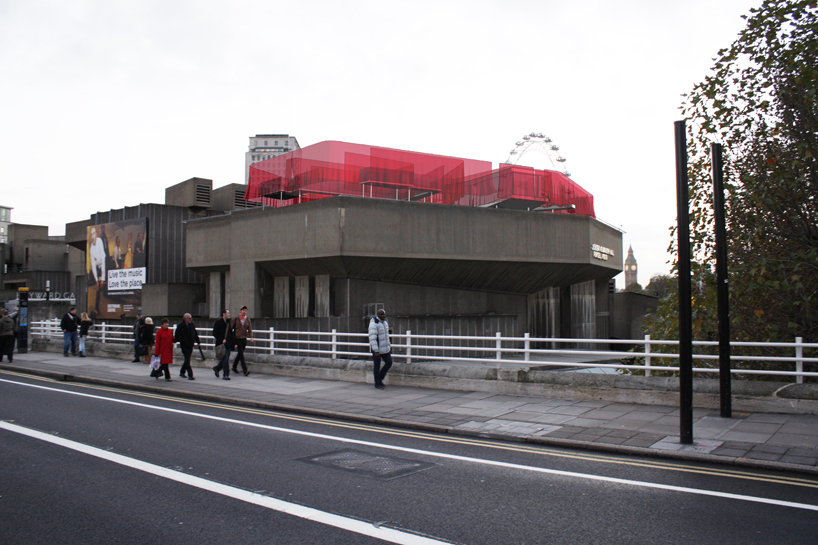 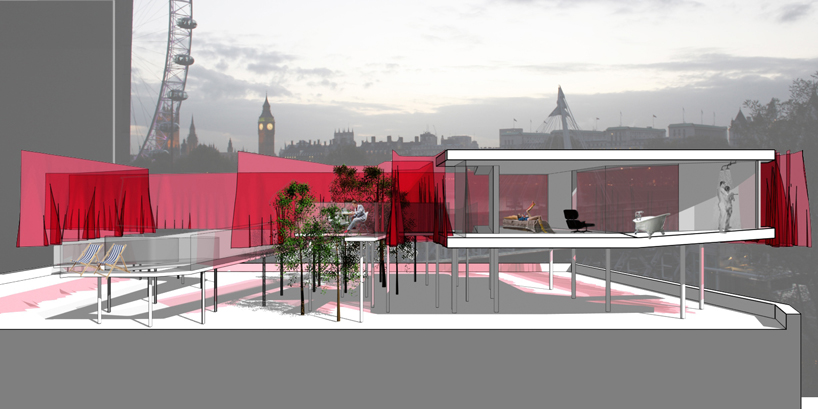 upon approach a narrow opening in the curtains draws the guests forward, navigating them through a maze-like environment that eventually opens to a platform upon which the temporary room sits. the room, which is split into two arms to maximize the view also features a terrace that extends past the edge of the existing roof below. 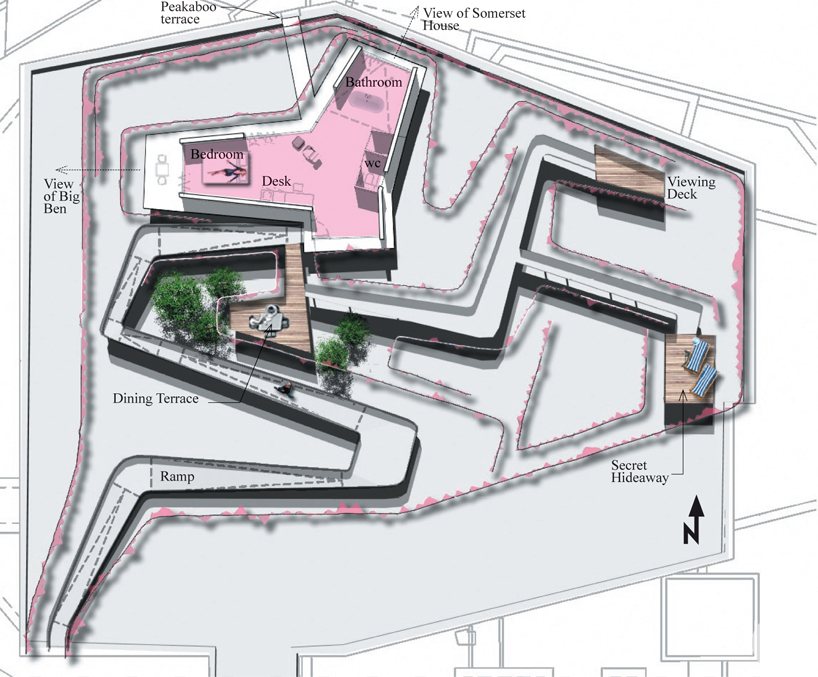 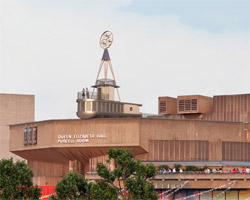 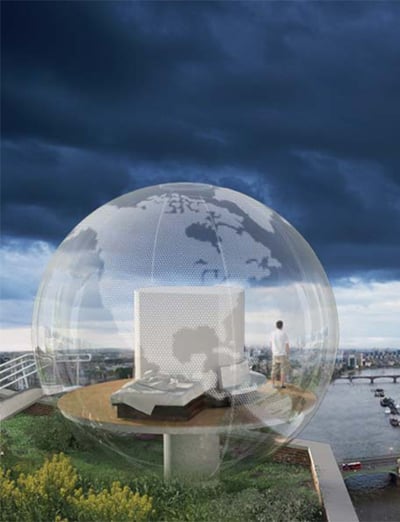 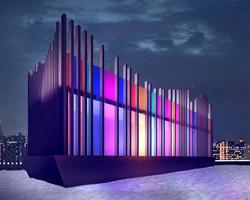 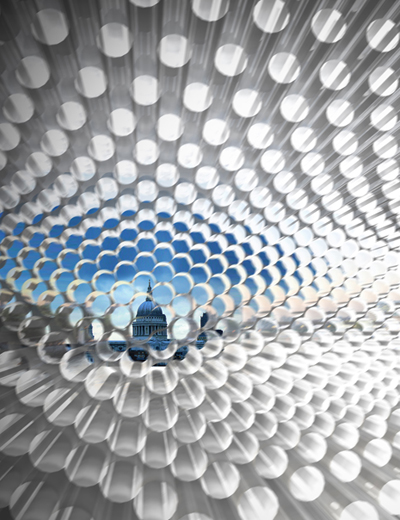