feld72 has completed a kindergarten which simultaneously embeds itself into the natural landscape and the townscape of valdaora di sotto in south tyrol. the building forms its own secure boundary; wrapping itself around a sun-drenched playground and communicates the interplay between tradition, contemporary life and nature. 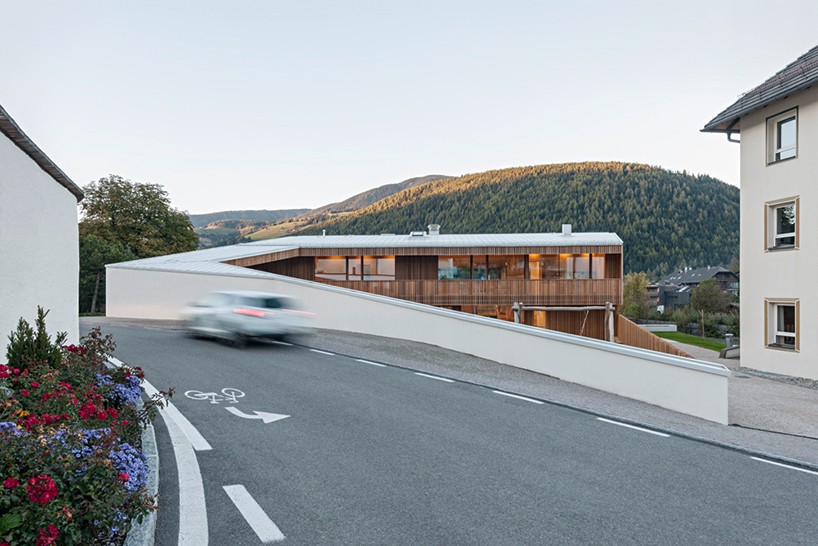 the third kindergarten designed by feld72 aligns itself within its tranquil background without being subordinate to it. the building addresses the context and the neighboring parish church with the cemetery chapel and the elementary school in the center of valdaora di sotto. meanwhile the clear spatial margins divide the village into private and public spaces. the architectural intervention of the kindergarten alludes to the theme of different boundary intensities and continues it further as a multi-layered circumferential wall. in turn, this unity serves both as nest security and allows the children to run and play freely. 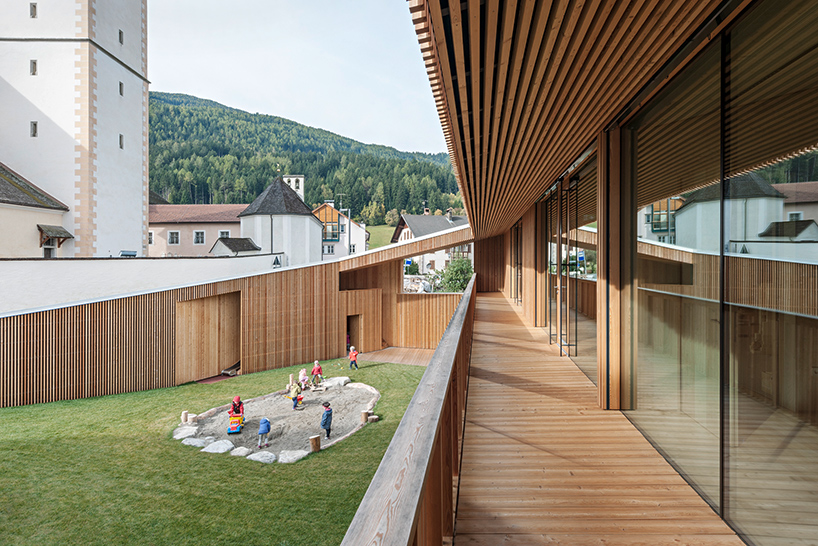 the wood-wrapped two level space is sheltered; weather-protected areas are set up as people pass over to the building. the restrained material palette creates a subtle and warm atmosphere within the interiors thanks to the subtly complex treatment of local timber. windows invites plentiful natural light into the classrooms which are designed to be unpretentious and modest. 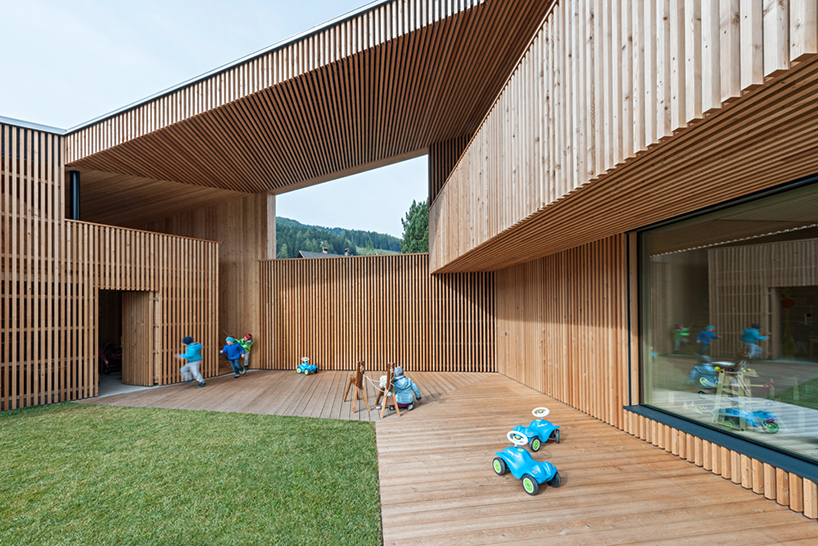 in addition, small areas for retreat have been distributed throughout and are offered by the large window recesses and accessible partition furniture leading to the cloakroom. the assembly room and multi-function rooms can be adapted as connecting room structures or, if required, used by itself. the suggested spatial concept thus enables attractive variations on both levels in realizing the educational scenario. 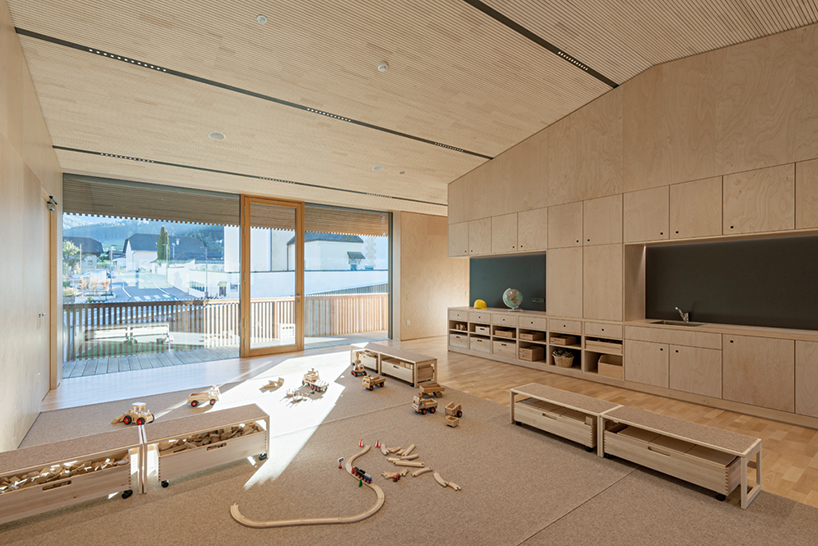 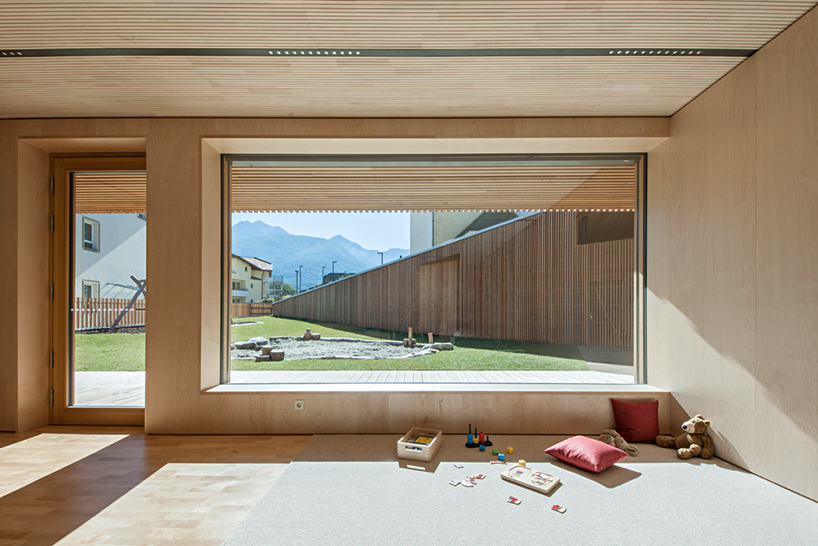 classrooms face onto the grassy playground 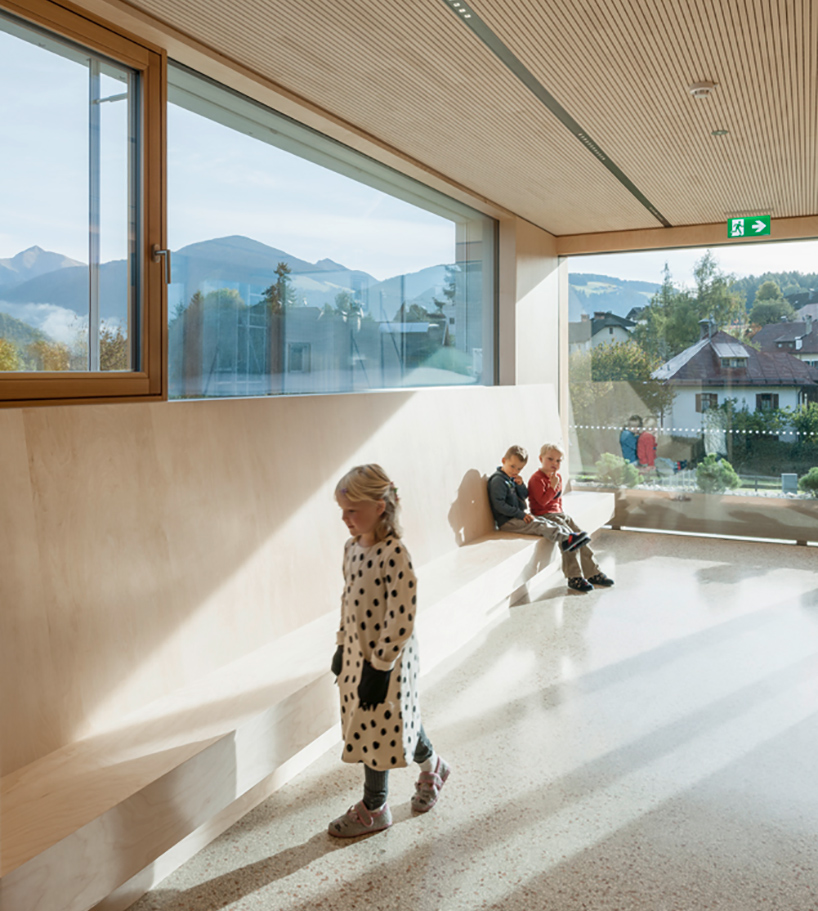 for the children, the group rooms represent the starting point of their daily explorations 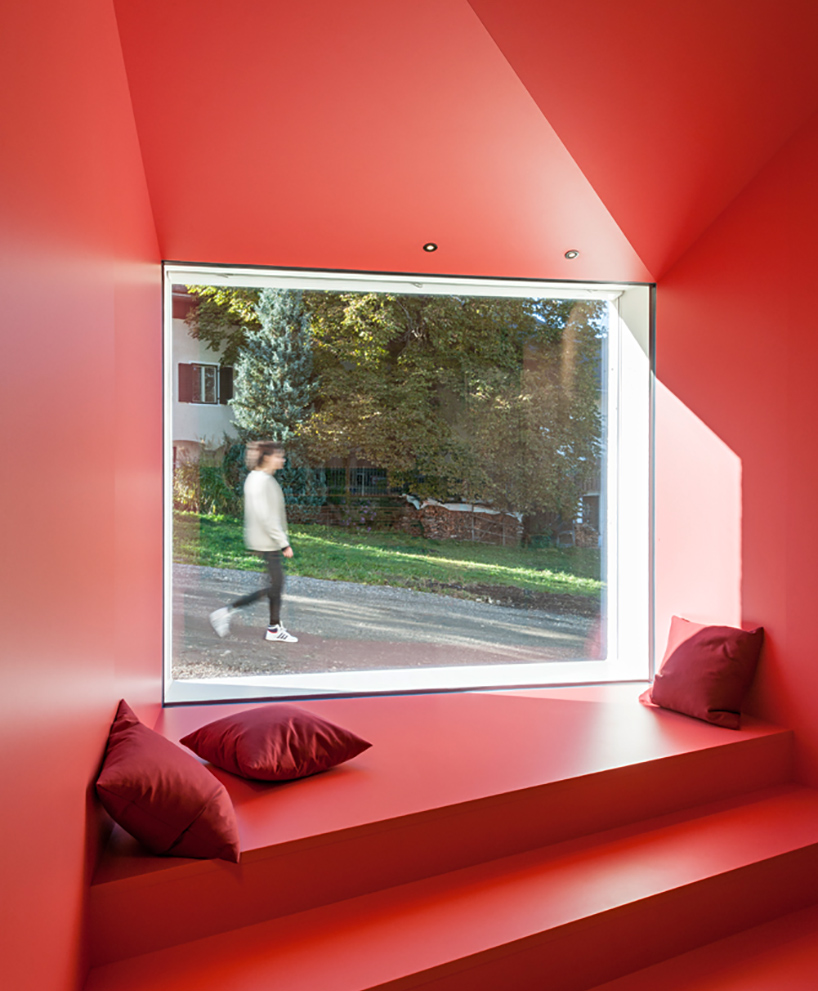 small areas for retreat are offered by the large window recesses 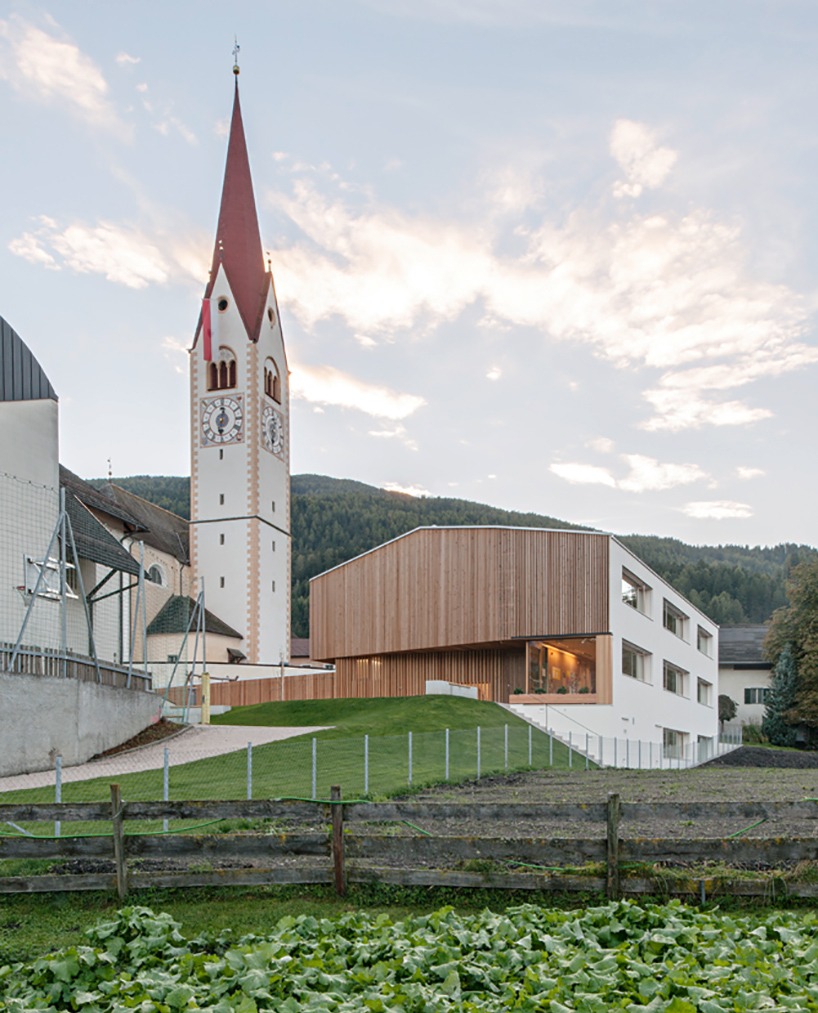 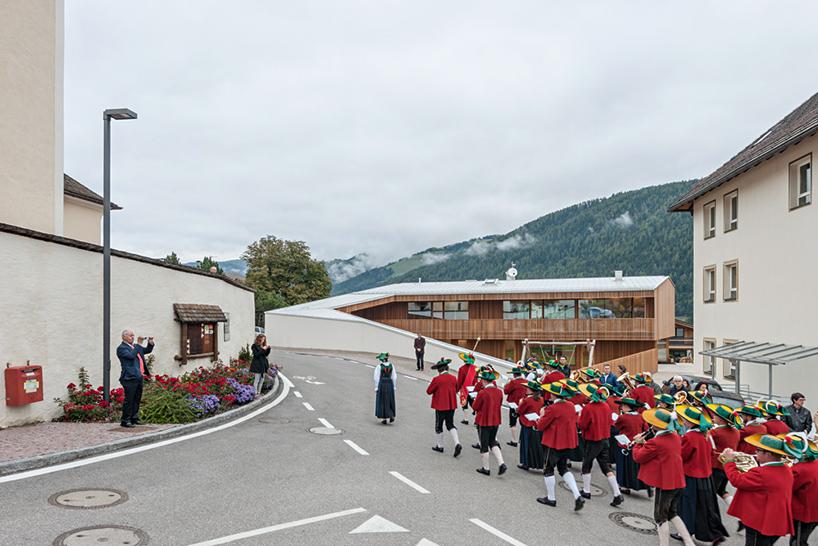