brazilian architect felipe campolina has developed ‘portable housing’, a skyscraper design that is composed of hundred of mobile units. currently, the need to inhabit the planet sustainably is an increasing concern for the future. thus, the concept of portable housing was created with a construction system that deals with both, environmental and social issues. these individual living units start from a modular system scaled from the standard OSB plate (oriented strand board) of 1,22m x 2,44m.

the mobile units are composed of a steel frame structure, vertical walls and floor in OSB with thermo-acoustic insulation, windows in tempered glass, green roof and walls, and is equipped with a water recycling system. 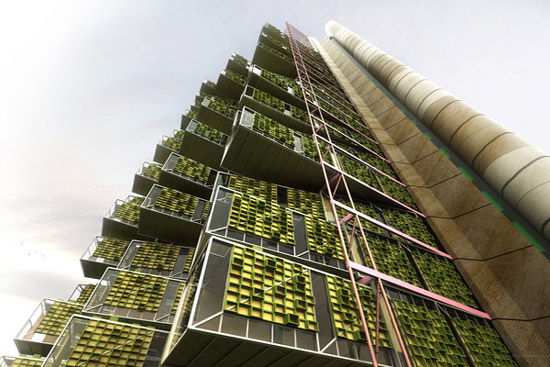 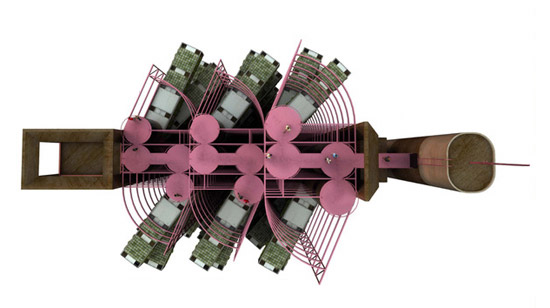 the tower in which the mobile units are housed is an empty metallic structure consisting of rails. every floor of the tower can receive up to six independent units, each of which can transfer in and out without interfering with its neighbours. on the left side of skyscraper, a house lift is installed to transport the housing units from the ground floor to its destined floor level. on the other side, there is an elevator and fire escape to be used by the residents. 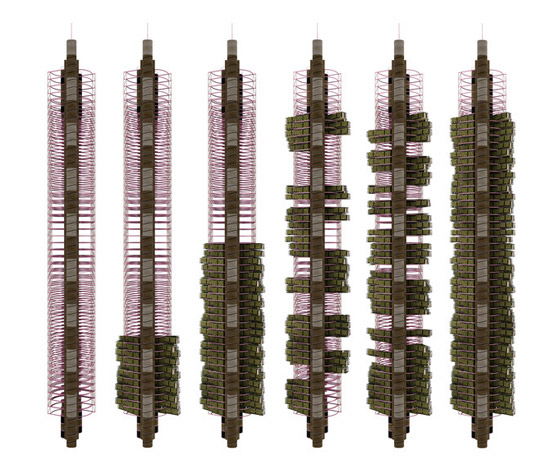 the compact structural shape of the tower makes it an ideal building for very dense urban centers where space is limited. however, the modular nature of the building allows it to expand both horizontally and vertically and, thus, can be adjusted according to the skyline of the city.

this proposed design was part of the 2010 skyscraper competition organized by evolo magazine. 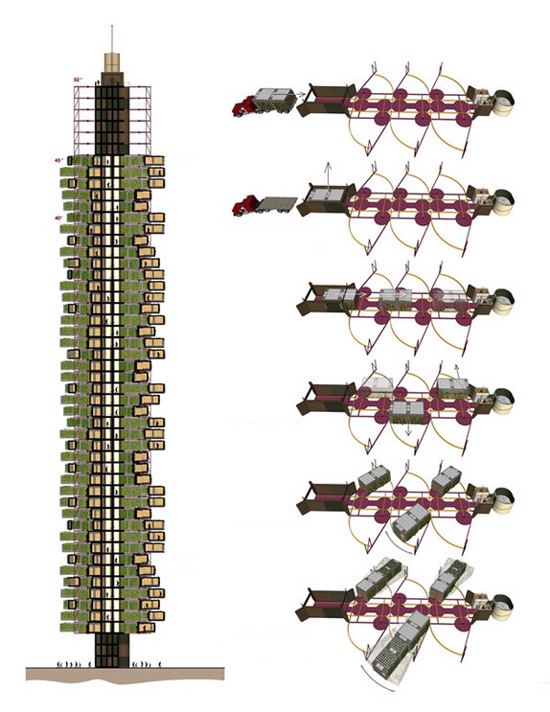 diagram showcasing the various steps in which the mobile units are moved in and out of the metallic tower frame: 1. delivery (load the house lift) 2. house lift (up to the destined level) 3. center rail (slide to your box) 4. side rail (slide to center pivot) 5. arc rail (lock on the center pivot) 6. telescope (enjoy the view) 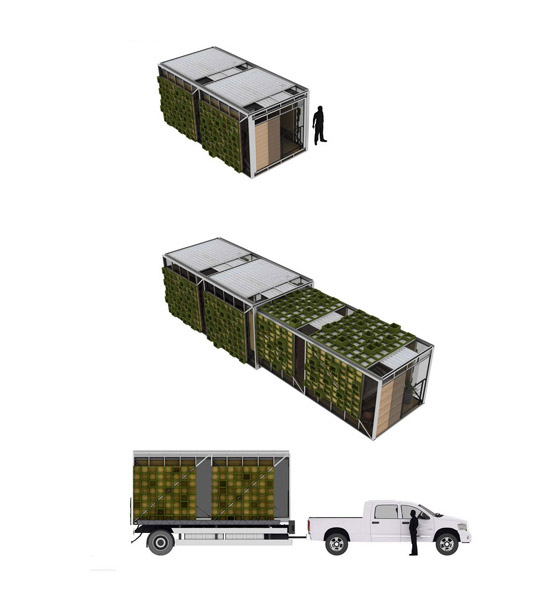 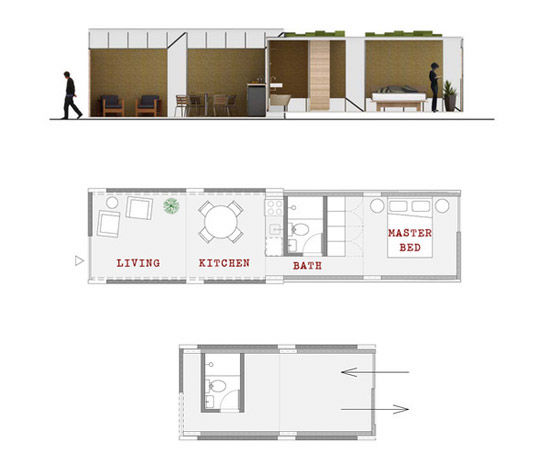