a team of young architects has won a competition for a museum in norway that chronicles the history of forest finns — farmers that migrated from eastern finland. the museum is noteworthy for its ability to camouflage into its woodland setting. the building makes a conscious effort to respect the environment and even goes as far as to install grass on the roof, relocating or replacing the soil now occupied by the building. this ideology is much in the same spirit at forest finn people, who practiced slash and burn methods of agriculture. 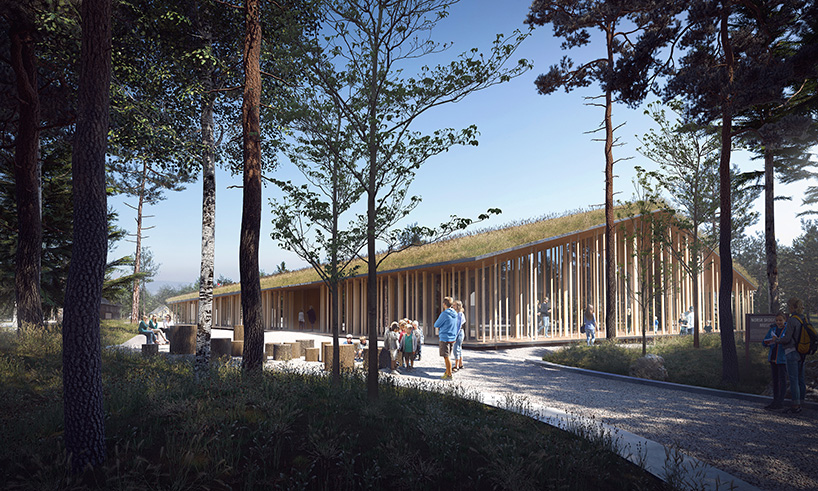 the building, deigned by lipinski lasovsky johansson, has a free plan which uses a forest of seemingly randomly allotted pilasters to hold up the cantilevered ceiling; it does not require walls for support, and this allows for a free façade and a large band window to stretch around the exterior. only the pillars separate the continuity between interior and exterior. there appears to be little attempt to steer the user, rather leaving them to roam wherever desired. 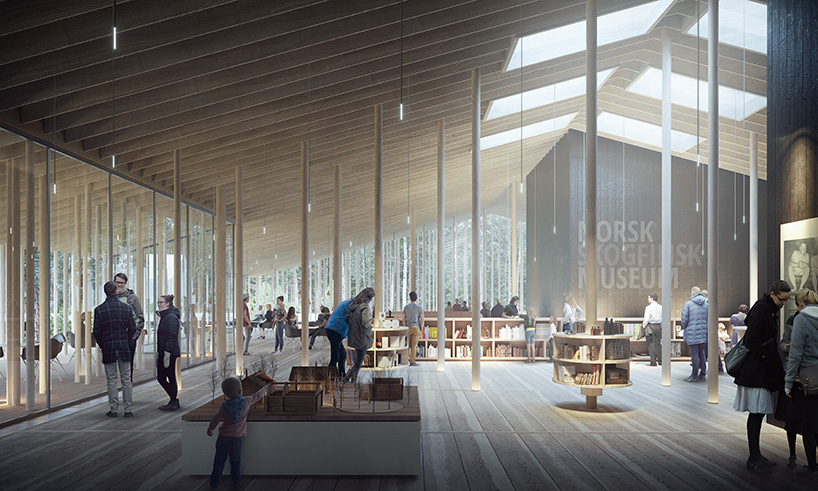 the structure has similarities to that of the mythical mead hall of the dark ages, with its simple structure and its forest of pillars. its function is also comparable serving as a community gathering place and as a place to preserve local history. 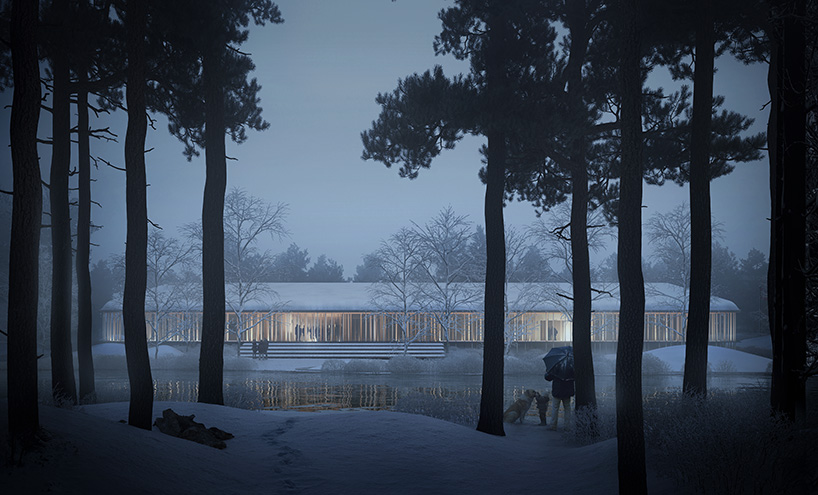 the building camouflages into the norwegian landscape

this image clearly denotes the natural inspiration for the museum, much the virtuous’ primitive hut 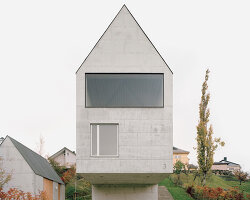 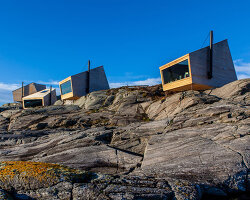 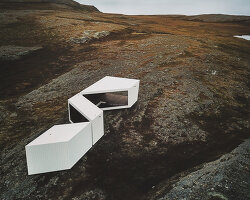 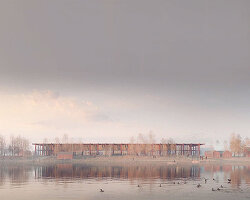 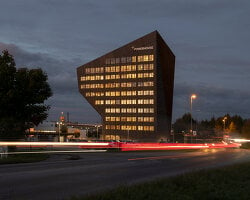 Jan 14, 2021
junya ishigami completes plaza of kanagawa institute of technology in japan
remaining open to the elements, the project has been conceived as an expansive landscape that changes with the seasons and the weather.
architecture
337 shares
connections: +1490