in the heart of a swedish forest, UMA designed an outhouse of a summer house with a unique lighting system that mimics a fire. the clients wanted a simple, no-frills red shed that would quickly replace their previous outhouse, which burnt down due to a party-related accident. 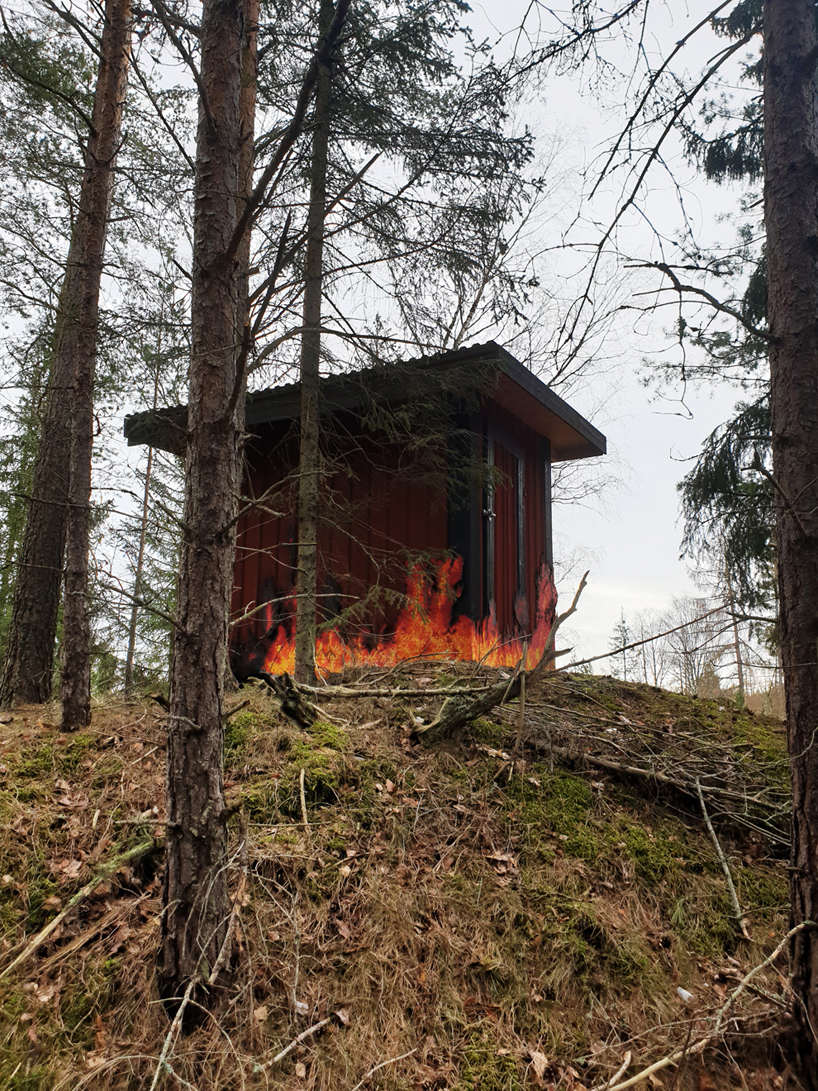 the old outhouse was situated in a forest and had no electricity, so the guests had to use candles as the only visual aid to orientate themselves. after UMA discovered that the clients had contacted an electrician to have light for fire prevention, they grabbed the opportunity to propose an automated light in the form of a great, realistic, fire that lit up every time someone comes close to the shed. 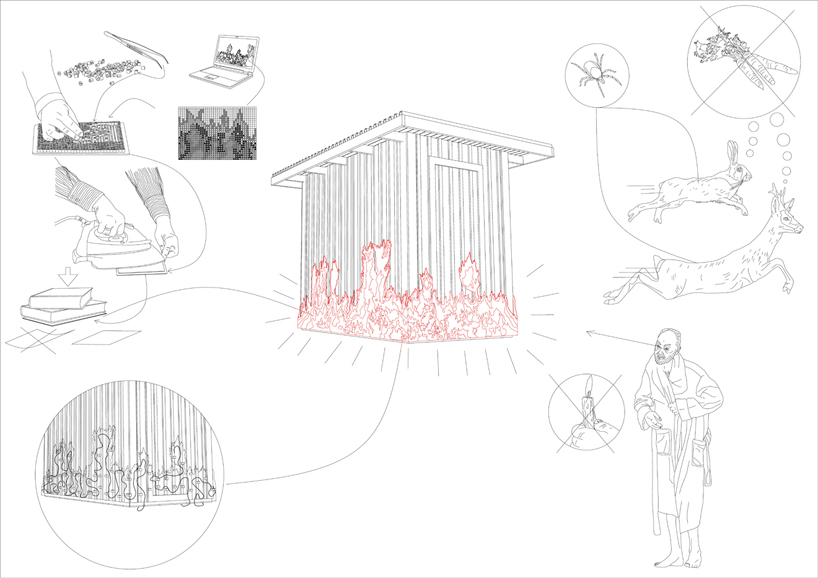 the architects believed that this was their chance to turn a rather dull design into something more interesting, giving it the perfect twist. additionally, the fire had a great bonus: it scares off deer and rabbits from the forest that have a tendency to feast at the client’s crops next to his house in addition to carrying around hundreds of ticks that can cause serious illness to humans. 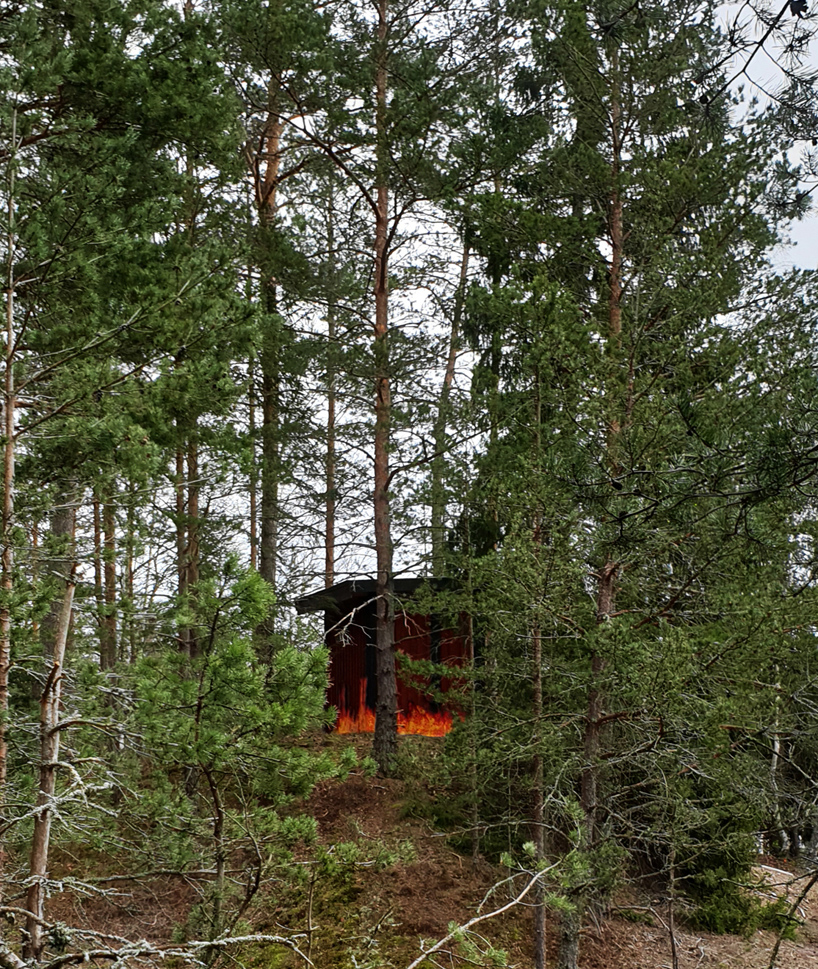 to create the fire, the architect was influenced by his six-year-old son’s current passion for creating super mario characters with fuse beads. he found the material to be pretty interesting; the plastic beads are arranged in a pattern on a pegboard and then melted together with a clothes iron on both sides. the fuse beads also make a great medium for a backlit lighting system since the beads are hollow and they change luminosity depending on how the sun hits the material. 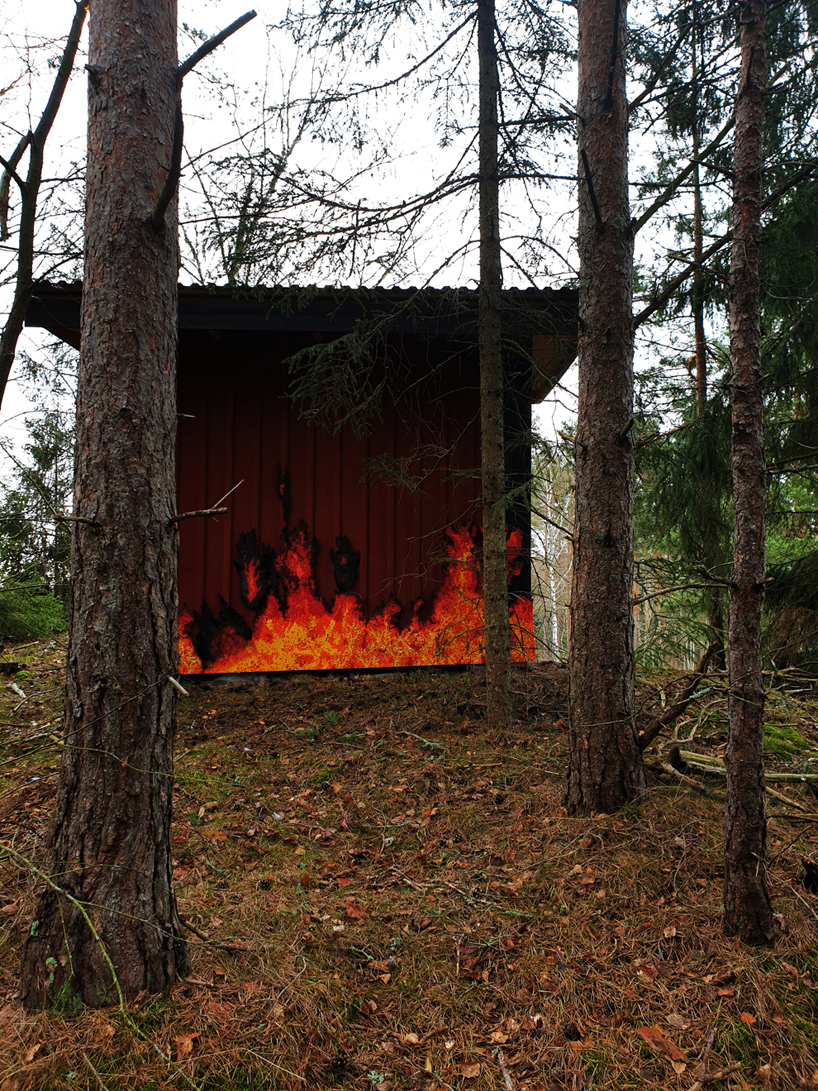 for the motif, UMA did a photomontage of a fire that would fit the shed’s dimension and then converted the fire into pixels which became the guide for the recycled beads. making the fire was a long process, but the effect was better than they predicted. in fact, the architects stated that the fire was so realistic ‘that a neighbor from across the lake called the fire department. after that, we had to inform every possible neighbor that we had made a burning house so they wouldn’t call the fire brigade every time the client had to go to the toilet at night. the outhouse became a great success for the client’s guests and it almost feels like they drink more nowadays so they could go to the toilet more often.’ 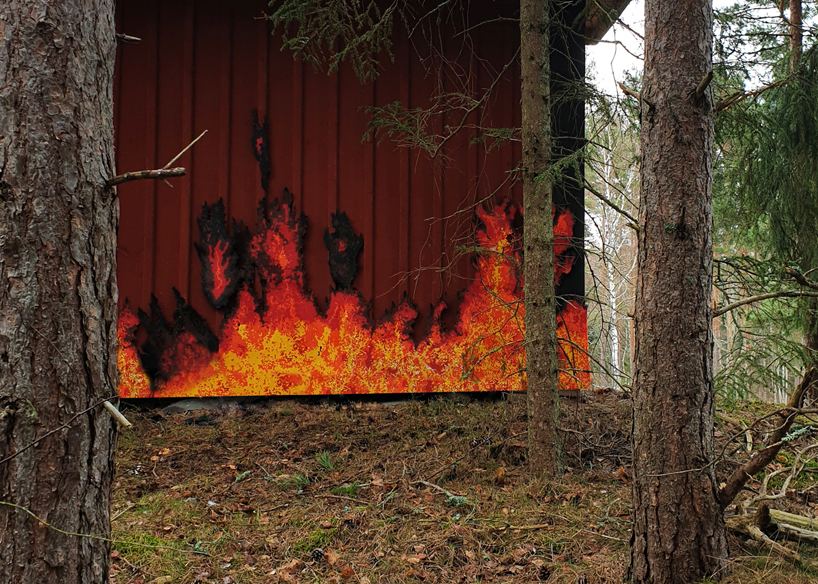 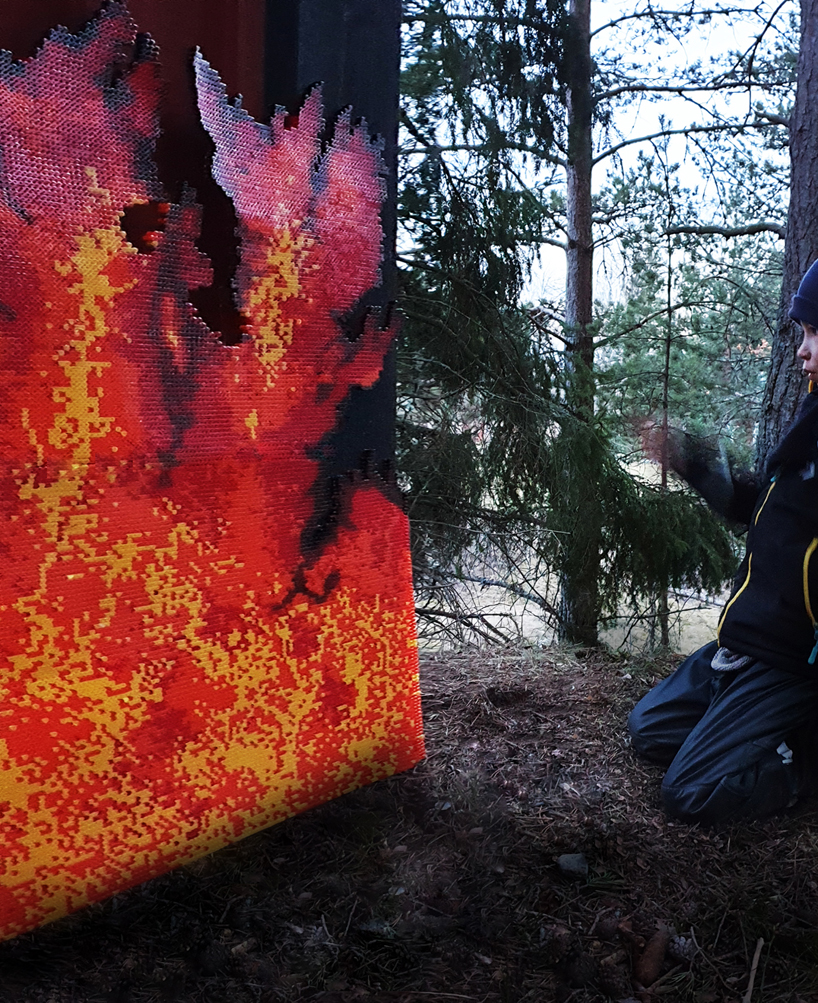 a closer look at the beads 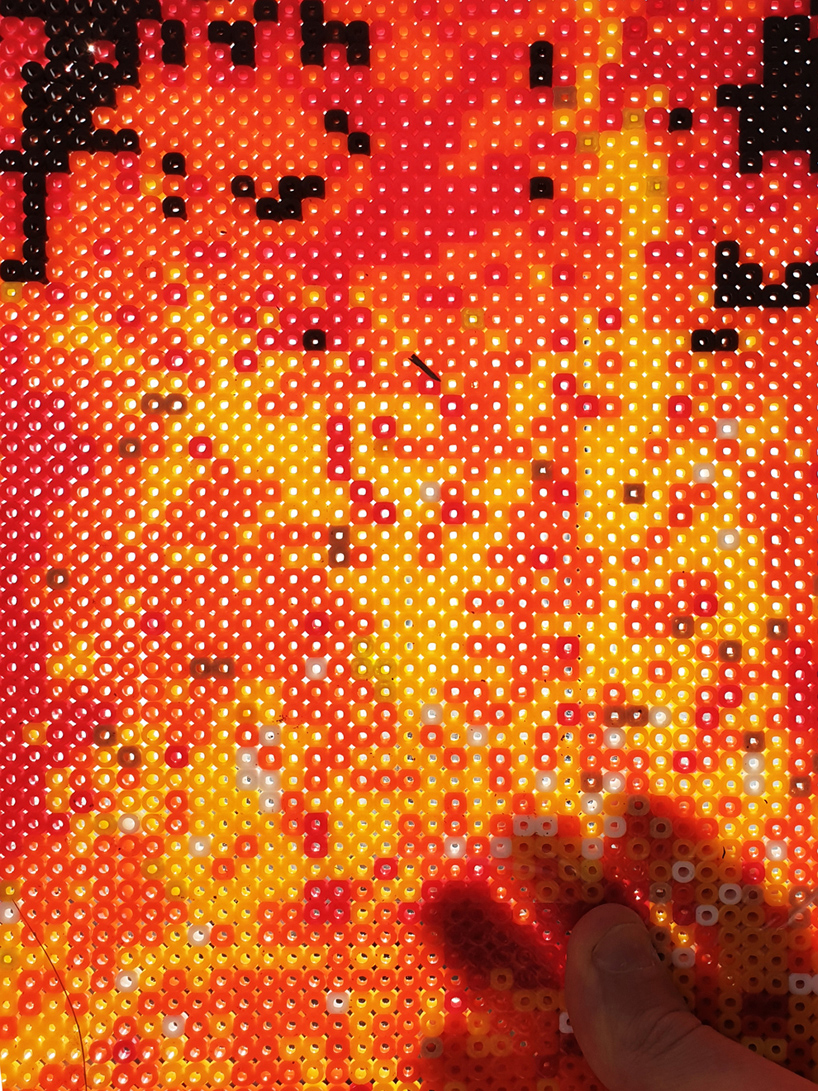 the beads that make the fire 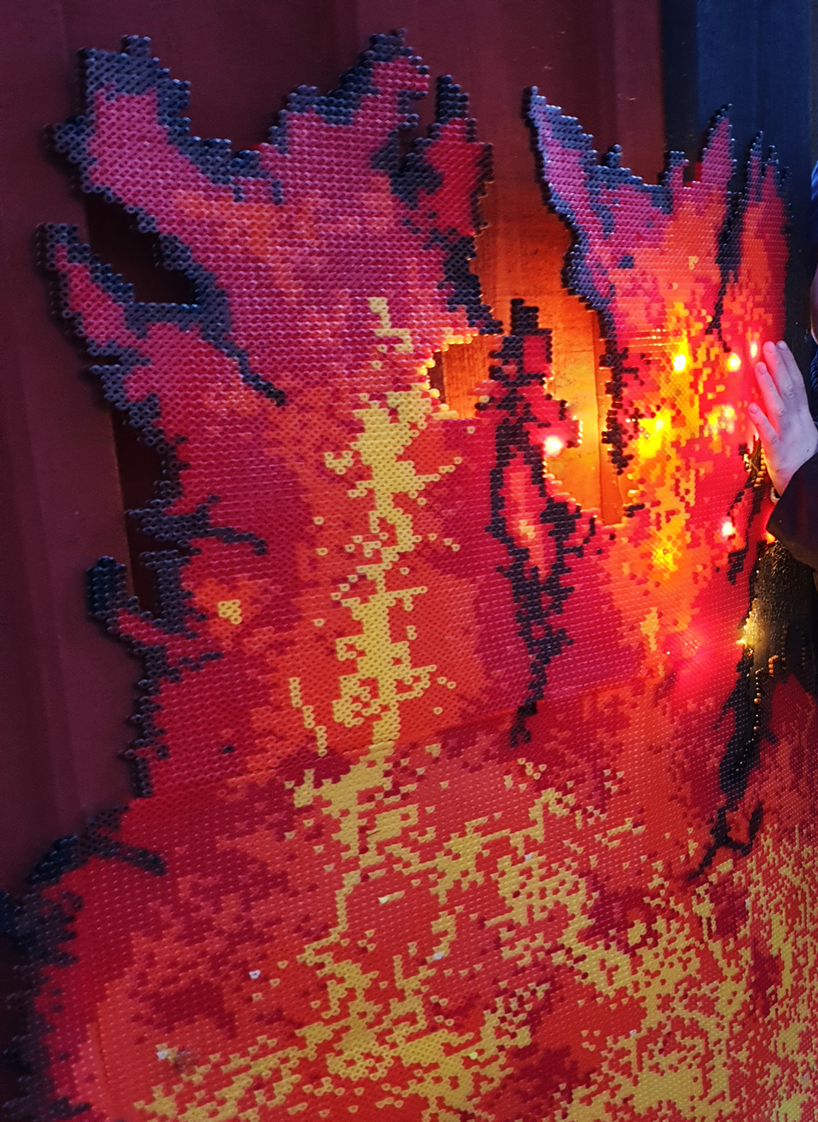 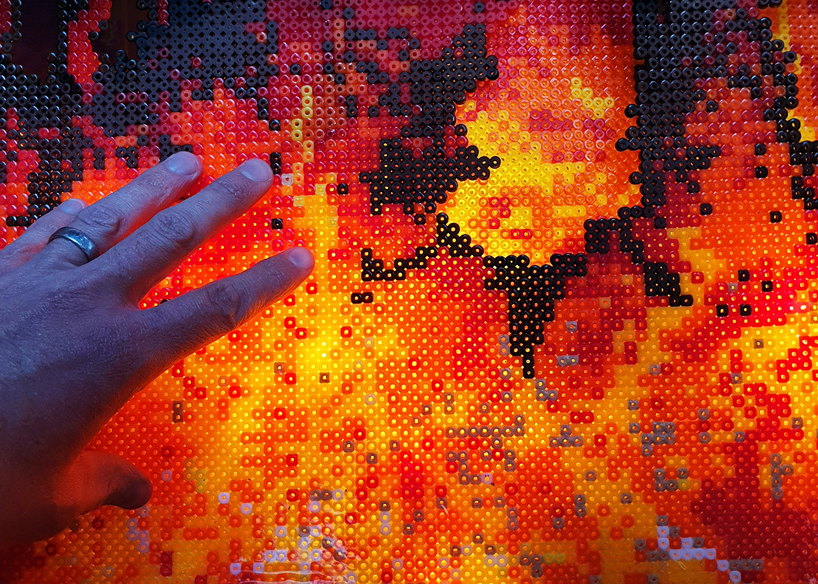 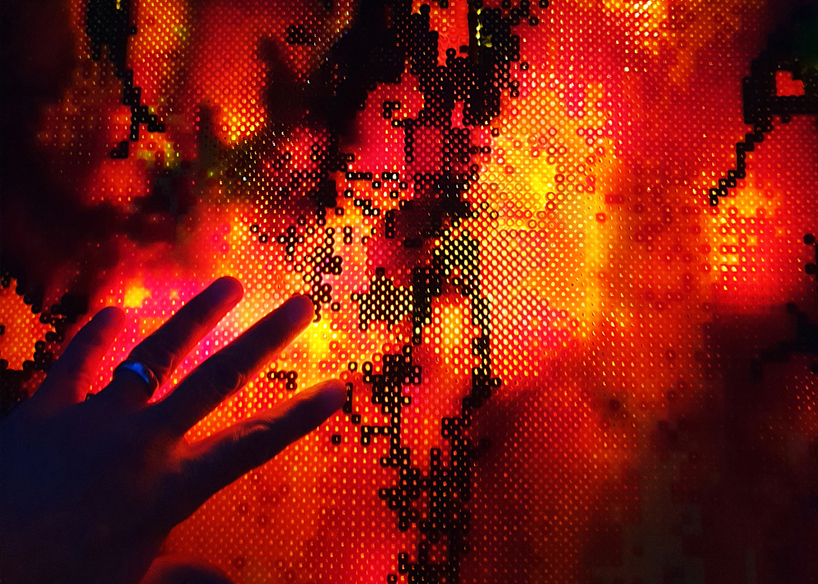 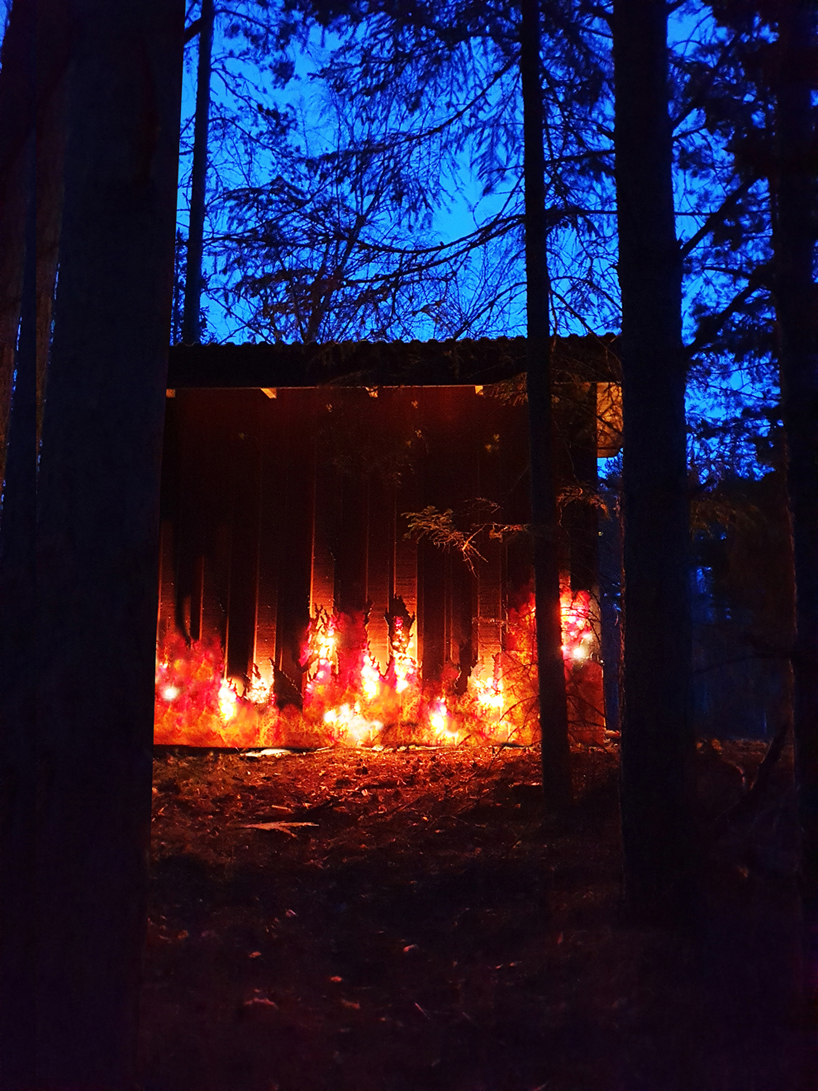 the fire at night 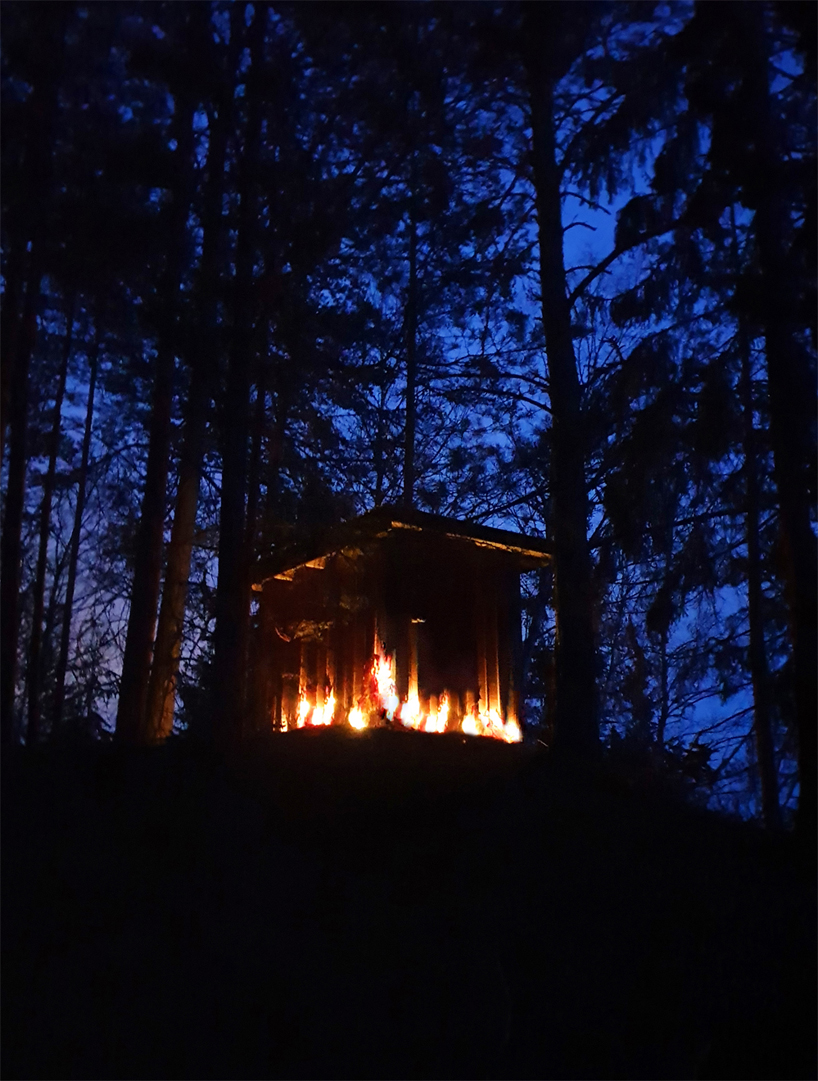 the firehouse at night from afar 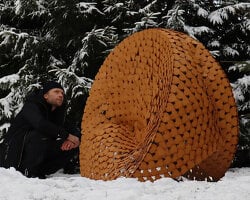 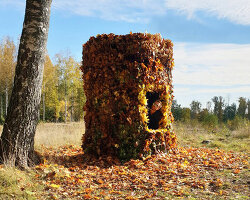 Dec 26, 2021
B.L.U.E. architecture studio caves nature into zolaism dessert café, china
following a GRC pouring process, the man-made stones were transported on site for assembly for a design that secludes people into quietness from the urban rhythms.
architecture
386 shares
connections: +1880