organized by MOME line – design works and budapest-based office ujirany architects, the first ever hungarian wood festival was hosted this year at the csongrad art camp. similar to the danish wood festival held in copenhagen, the event challenged teams to build a sculpture, structure, or an installation from 1 km of donated planks of wood.

designed by a group of students led by andris huszar, a 3-meter long egg-shaped form was assembled and loaded with sandbags to function as a ‘tumble up’: which ever way the object was pushed or swung, it will always return to its original position.

another popular design was done by a group led by hungarian sculptor gabor miklós szoke. the 17-meter long dinosaur was put together by adopting a spontaneous assembly method, screwing together planks of various sizes to shape the form as it was being built.

other projects included a multi-storey structure by a group led by local architect and inventor aron losonczi, and a wooden nest built around a young tree and then built to snake around its environment by peter pozsar‘s group. 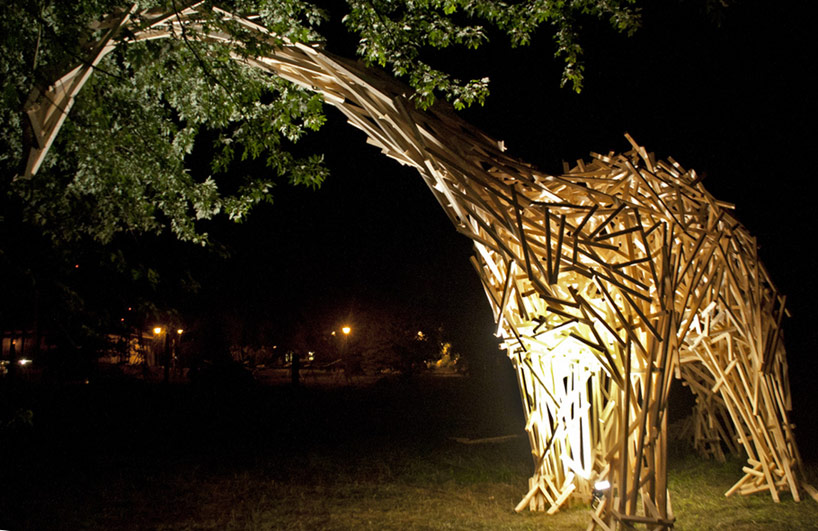 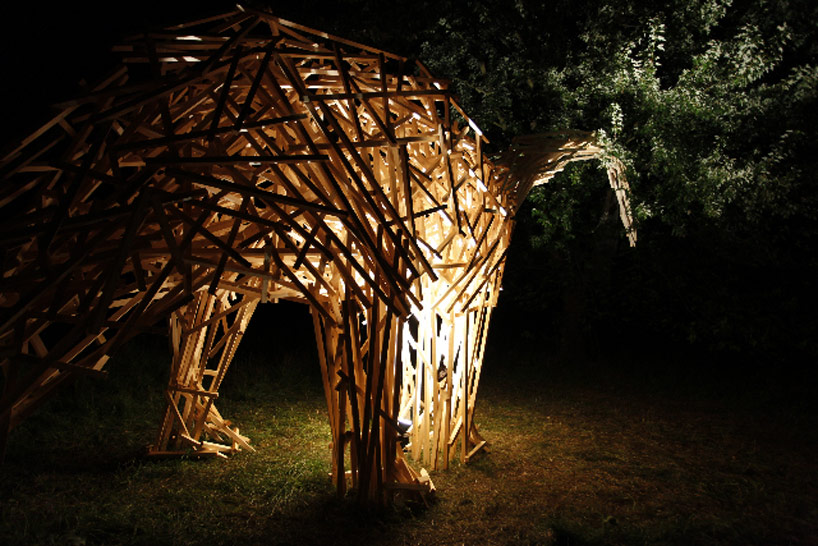 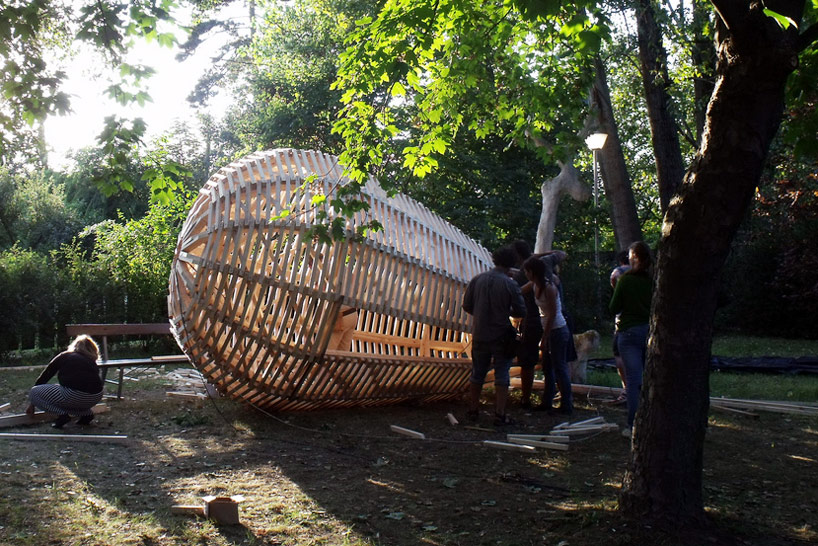 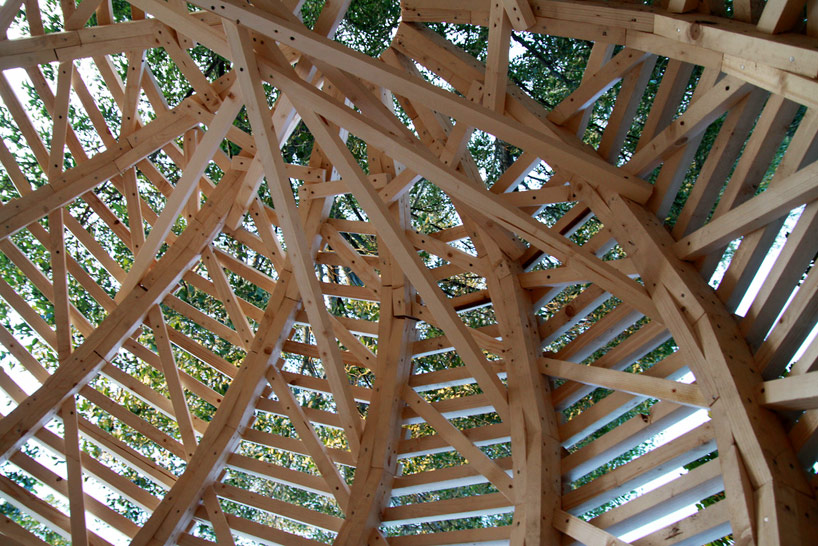 detail shot of he inside 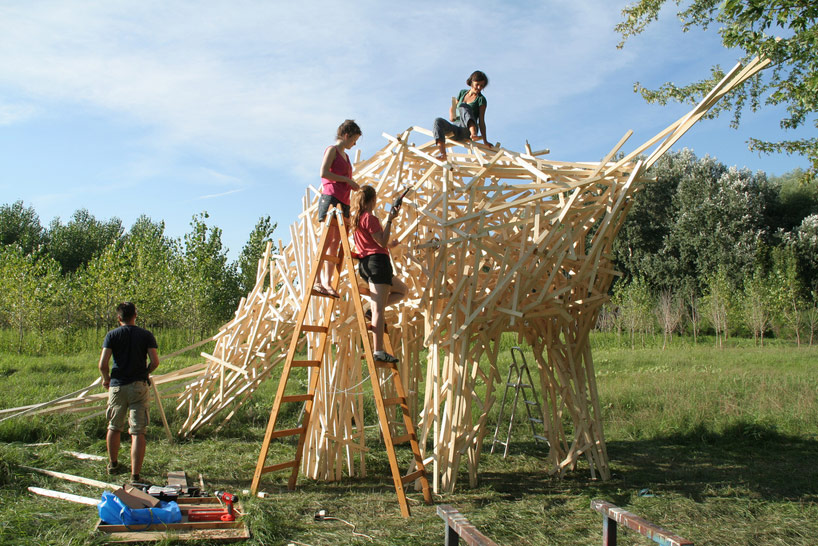 assembly of the dinosaur 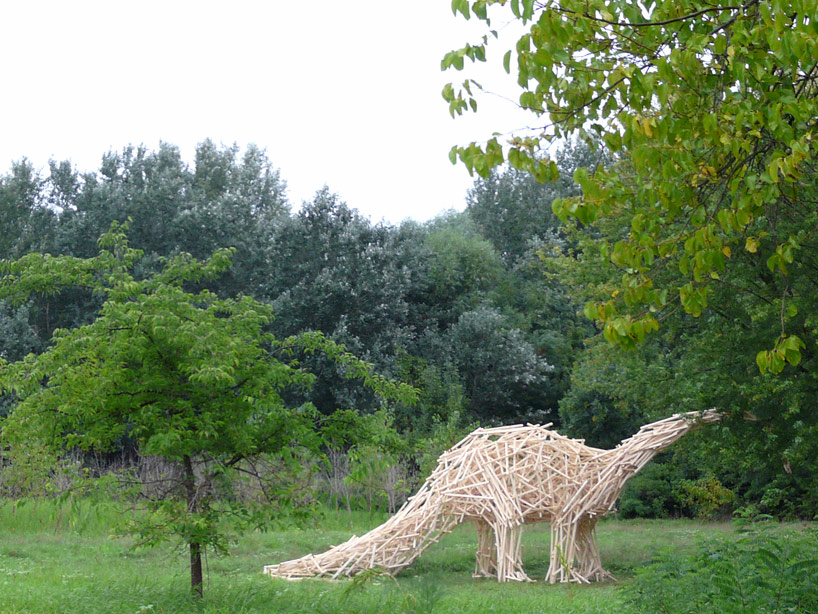 the dinosaur on the csongrad art camp grounds