since 1750, the outbreak of the industrial revolution in europe has unavoidably brought severe environmental pollution – consequentially causing acid deposition due to the large-scale industrial production processes. produced by the fossil fuel used in abundance, as well as the heavy traffic and industrial production, the SO2 and NOx drives the PH value of the atmosphere under 5.6. gradually precipitating to the surface of the earth, these acidic materials have caused great harm to the ecological systems on earth.

in response to the growing pollution problem in regions of china, designers hao tian, huang haiyang, and shi jianwei have developed the ‘PH conditioner skyscraper’ – which has been awarded with an honorable mention in this year’s eVolo skyscraper competition. the large-scale floating pollution-combating skyscrapers aim to manage the effects of acid deposition and eventually turn pollutants into available resources (reclaimed water and chemical fertilizer) for the area of chongqing. appearing to look like massive robotic jellyfish, the project is set to be 200-300m high where acidic pollutants gather – filled up with hydrogen at the top of the building, providing buoyancy to the structure. 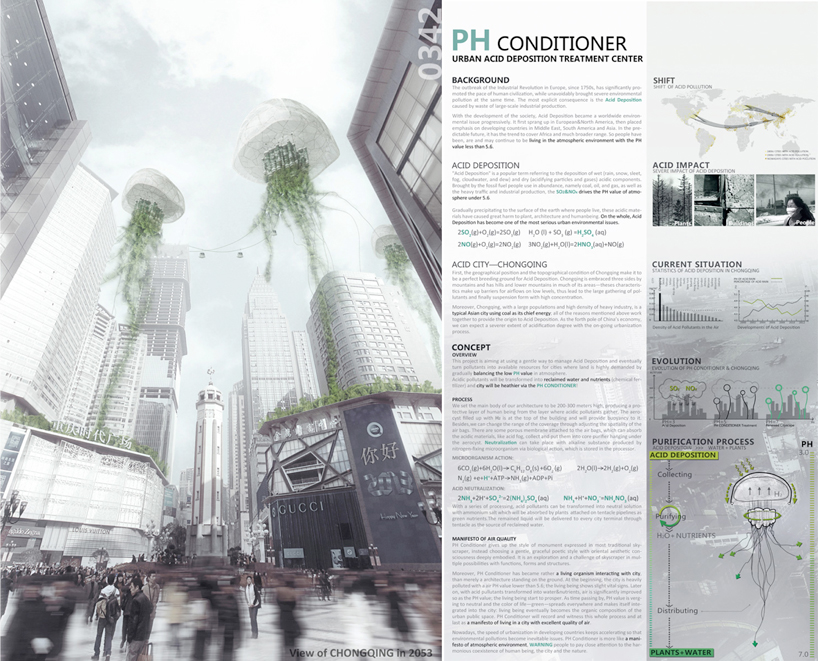 like acid fog, the porous membrane attached to the air bags can absorb the acidic materials, collect and put them into core purifier where neutralization takes place with alkaline substances produced by nitrogen-fixing micro-organisms. with neutralization, acid pollutants can be transformed into neutral liquid with ammonium salt which will be absorbed by plants attached on tentacle pipelines as green nutrients. the remained liquid will be delivered to the terminal tank as the source of reclaimed water. 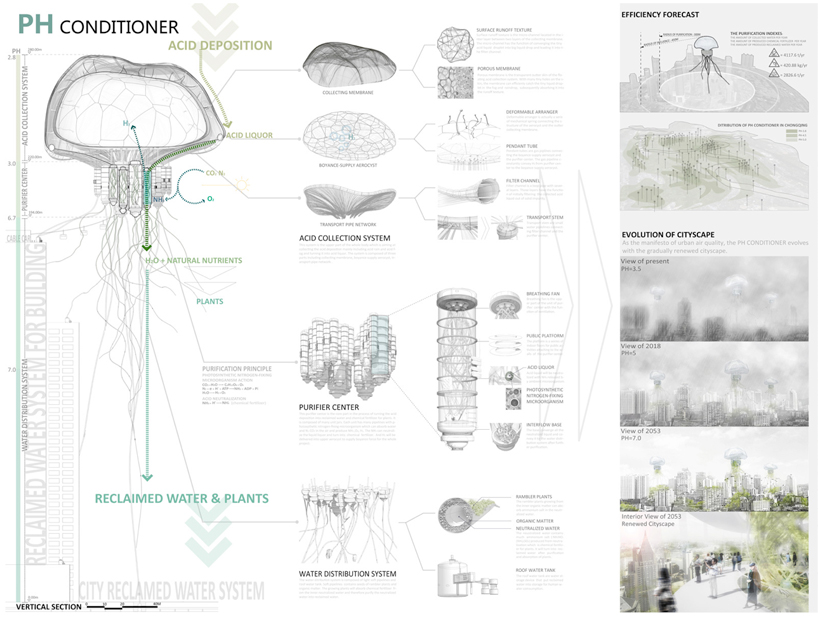