installed in the heart of the city of lausanne, ‘flux cocoon’ by allegory is one of the winning projects of the the city’s first light festival, lausanne lumières, which will inaugurate on 23 nov. entirely influenced by its location, the project is situated at the crossing between vertical and horizontal circulatory movements, interpreted as the flux. the framework is an abstraction of the knot created by the crossing of each pedestrian’s virtual trace at this precise point in the flon area.

considered the city’s major transportation hub, the flon is a result of lausanne’s topography. an urban plan was generated with different ground floor levels; thus it was important to create a form visible from a 360° point of view. positioned in an extremely difficult context, the flux cocoon is a temporary shelter which wraps a pedestrian bridge. the structure sets foot on the existing bridge structure and attaches to the vertical elevator shaft building. the structure is primarily wood with metal cables. approximately 1100 meters of red led neon flex lights illuminate at night. 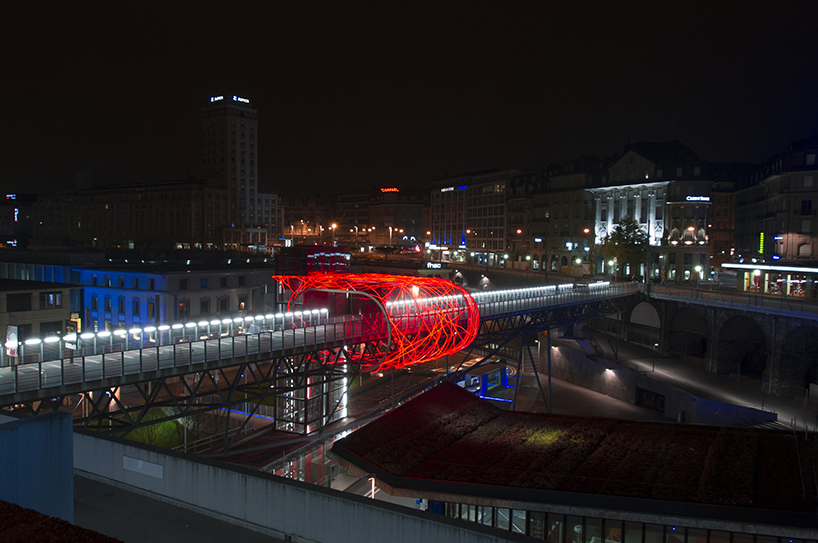 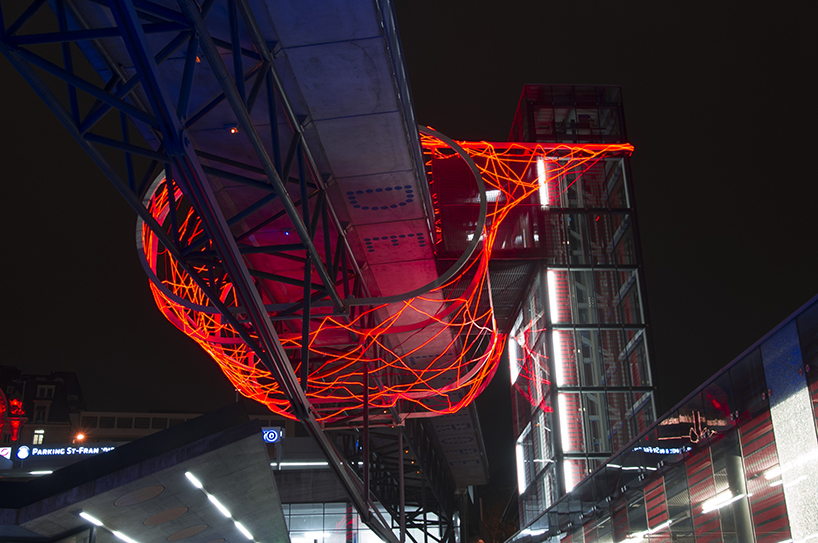 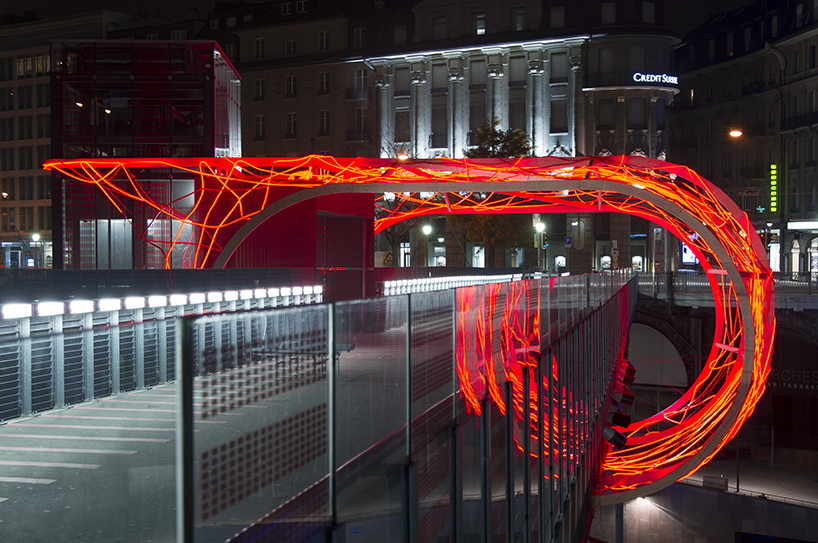 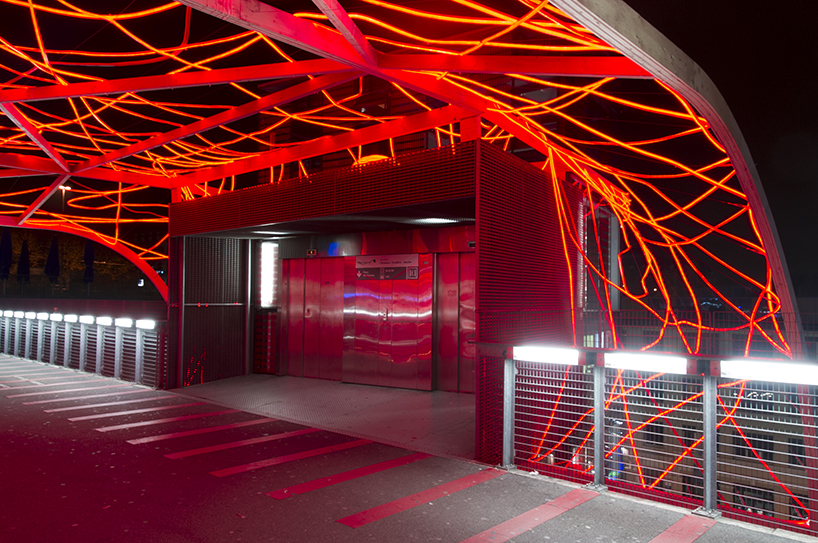 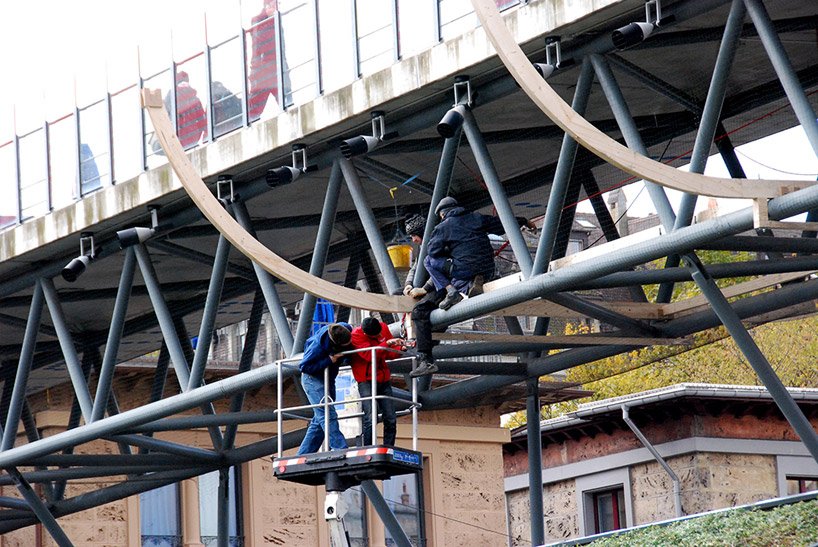 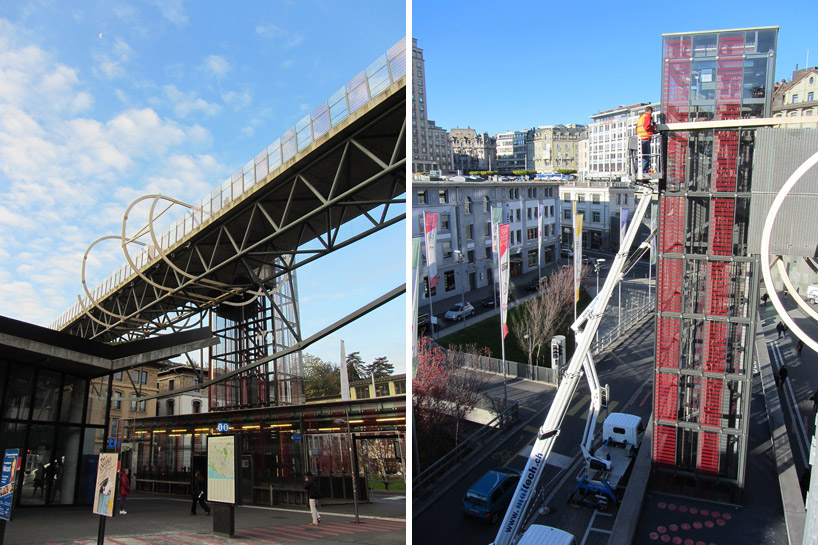 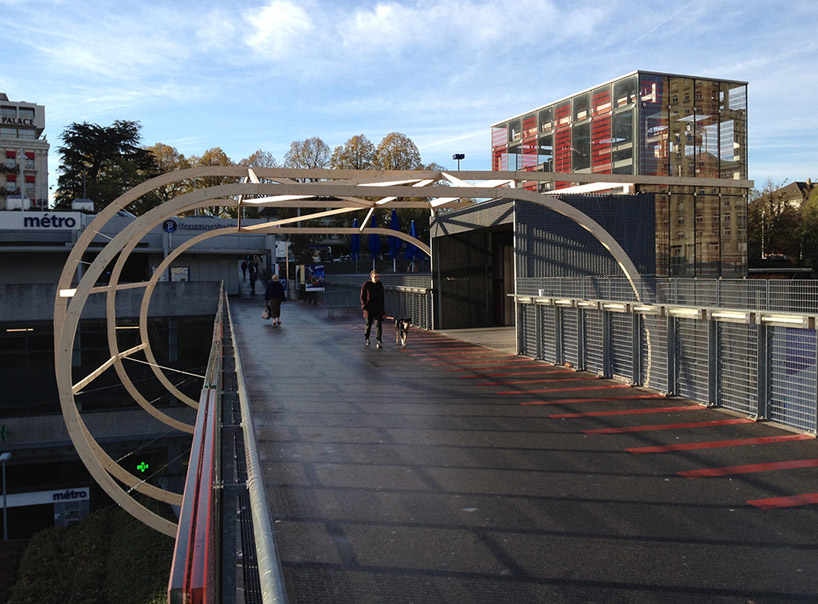 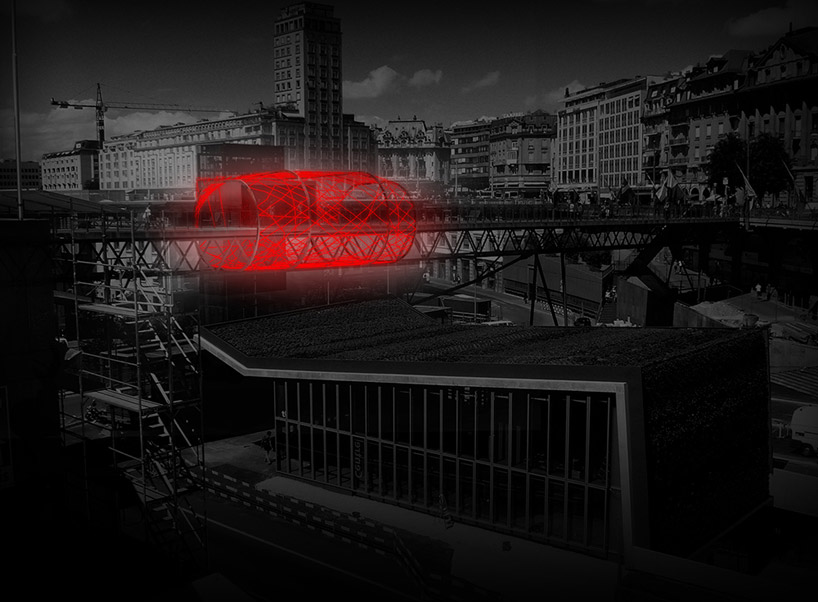 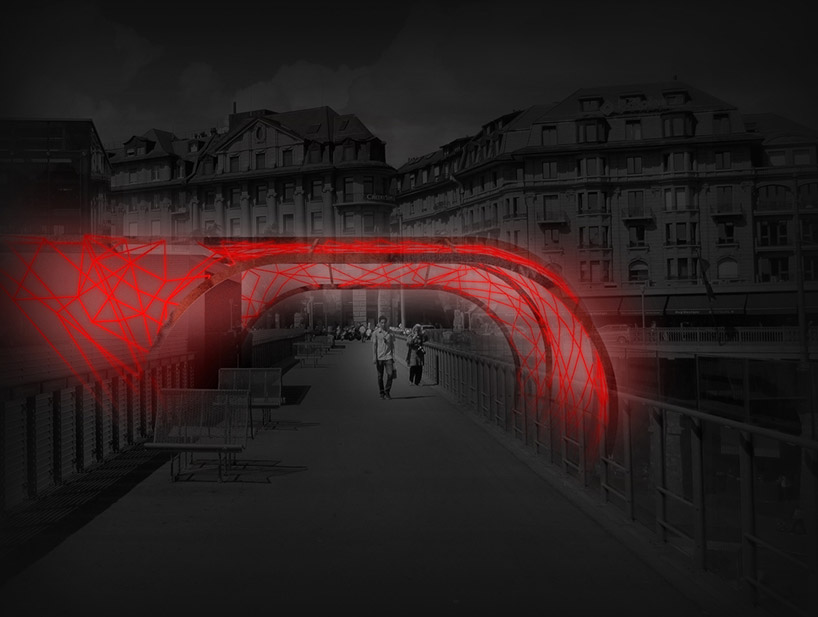 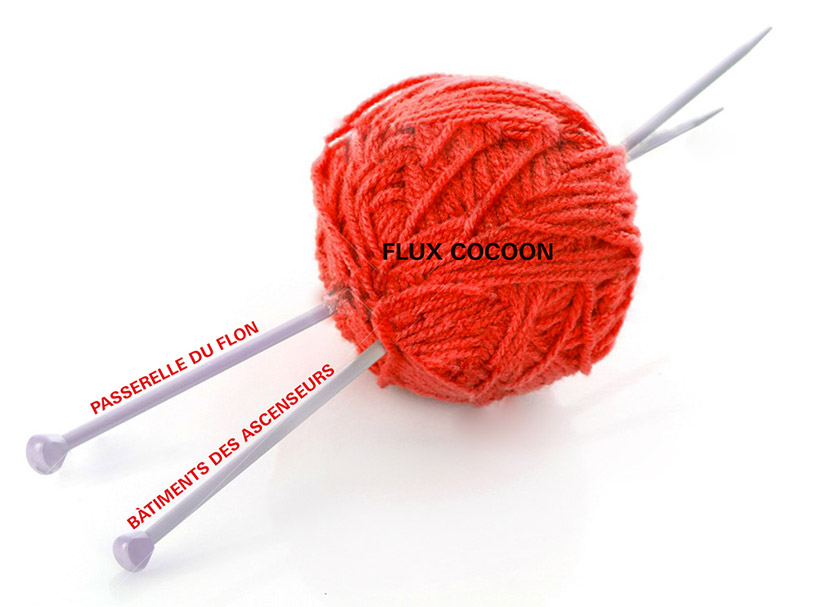 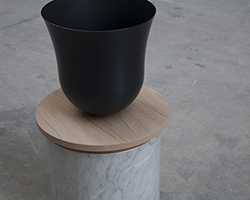 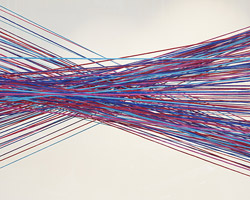 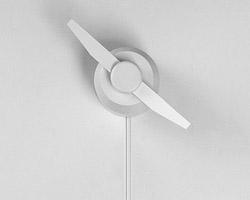