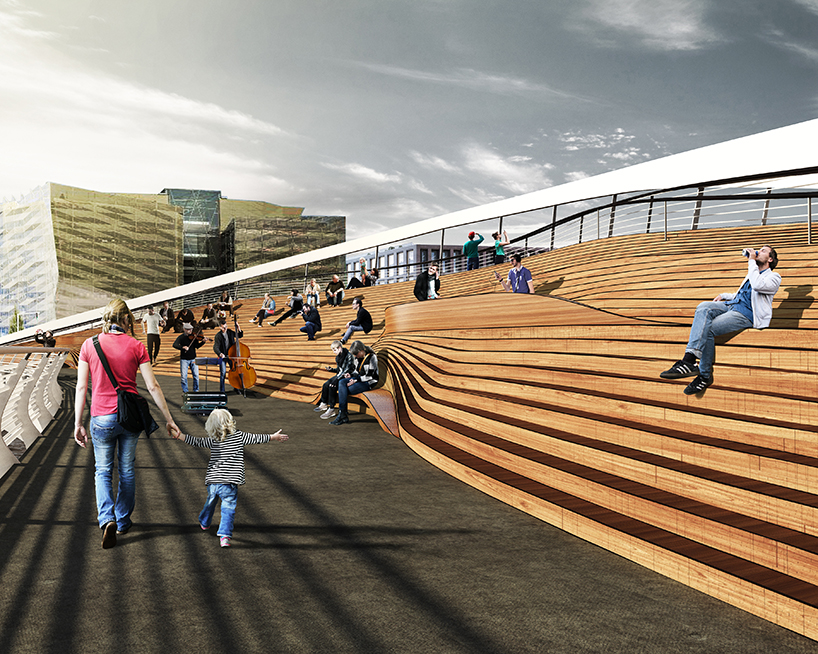 winner of the director’s choice award at the [AC-CA] dublin contemporary footbridge competition, ‘the catalyst’ is a dynamic bridge and performance site proposed for dublin’s rapidly growing docklands area. the brief for the competition called for a pedestrian footbridge 130 meters long and minimum 3 meters wide to span the river liffey, integrating programs such as wifi-hotspots, mobile device charging and bicycle parking stations on both banks.

designed by the australian team of feng xue, oscar reyes and helen chan (FOH), the idea for ‘the catalyst’ stemmed from the team’s question: ‘how can our design enhance the centre of dublin, one of the most iconic cities of ireland?’  located in the heart of the docklands, the proposal aims to act as a catalyst, stimulating activity and engagement with the city as whole. 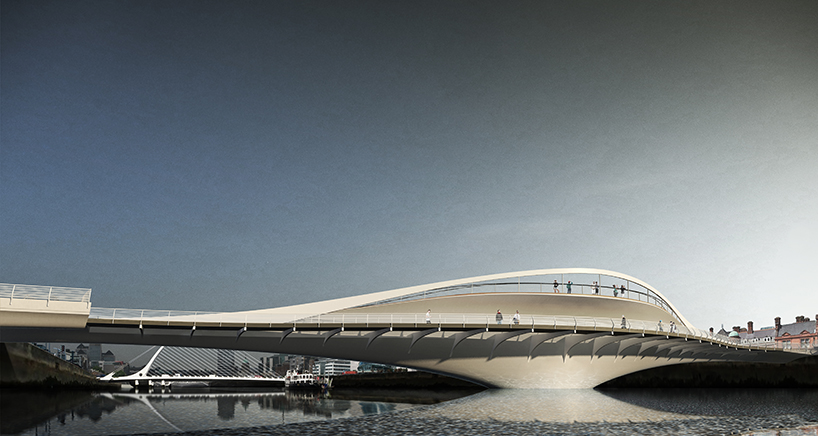 taking an organic, curved shape, ‘the catalyst’ speaks more to the new dublin than to the old. the bridge’s modern aesthetic takes its cue from such recent additions to the city as the nearby samuel beckett bridge (styled as a giant harp) or the monumental convention centre dublin (CCD) opened in 2010. FOH’s proposal acts a transitory space between the north and south sides of the river. its standout feature is an integrated auditorium, a curving bank of steps that provides a space of rest and reflection looking out upon the city. the stepped seating is bracketed on either side by pedestrian footpaths, cycle lanes and a running track. 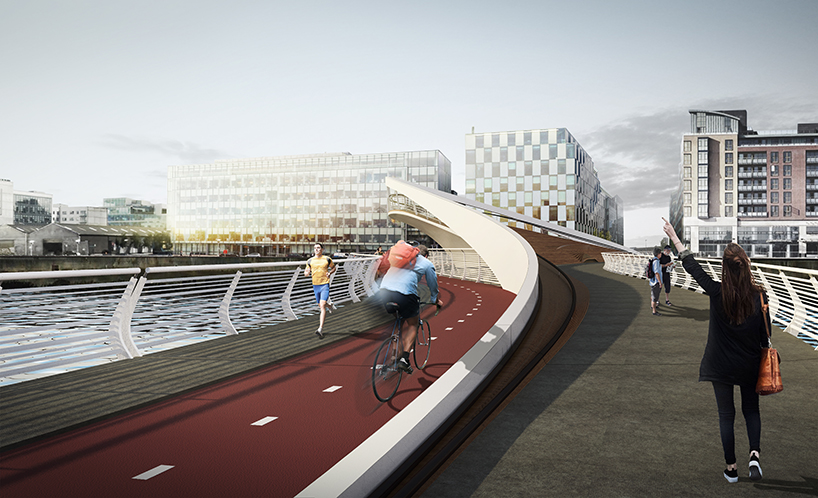 located in the heart of the docklands, the proposal aims to stimulate activity and engagement with the city as whole

acting both as a bridge and venue, the presentational form of ‘the catalyst’ hopes to extend its function beyond that of simple infrastructure. intended as a site of performance, the proposal aims to provide visitors with an optimal vantage point of ireland’s capital. its central amphitheater engages with the city’s rich busking culture, as well providing visitors with a viewing platform or handy shortcut across the river. a central pivotal structure not only allows the bridge to make way for river traffic, but also enables the orientation of the structure to change: facing either toward the city centre or the irish sea, or alternatively towards the north or south banks, responding to the city’s various marine themed events.

both a bridge and venue, the form of ‘the catalyst’ hopes to extend its functionality beyond that of simple infrastructure 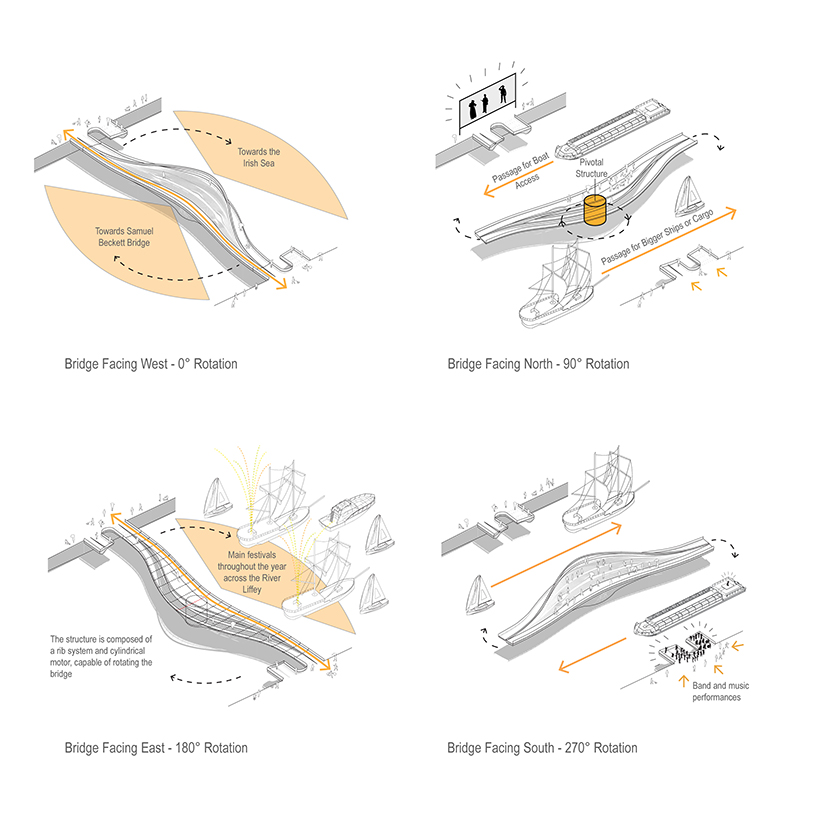 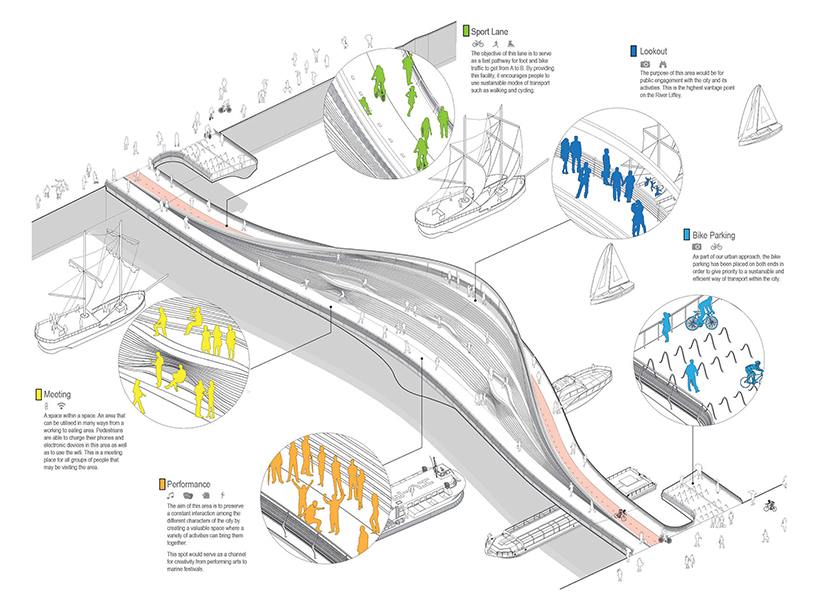 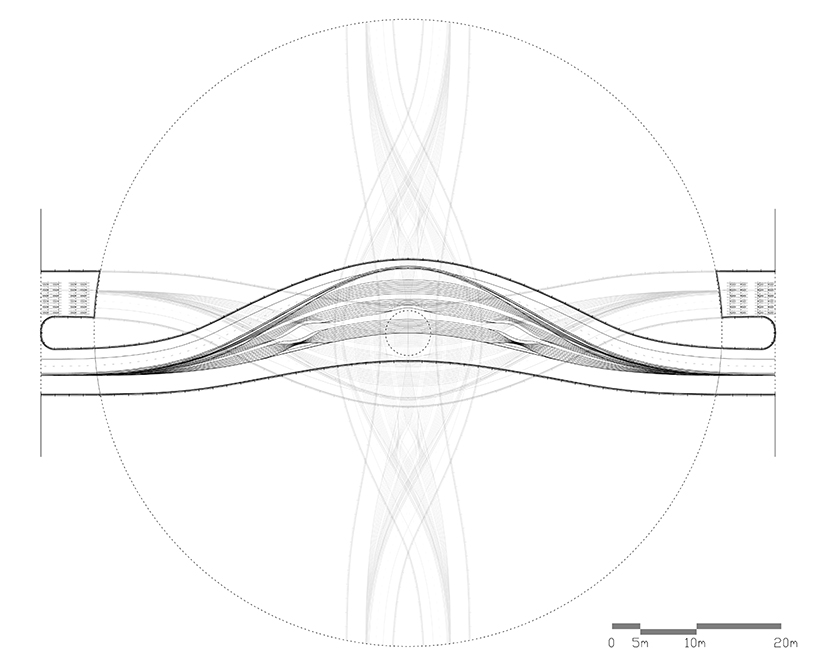 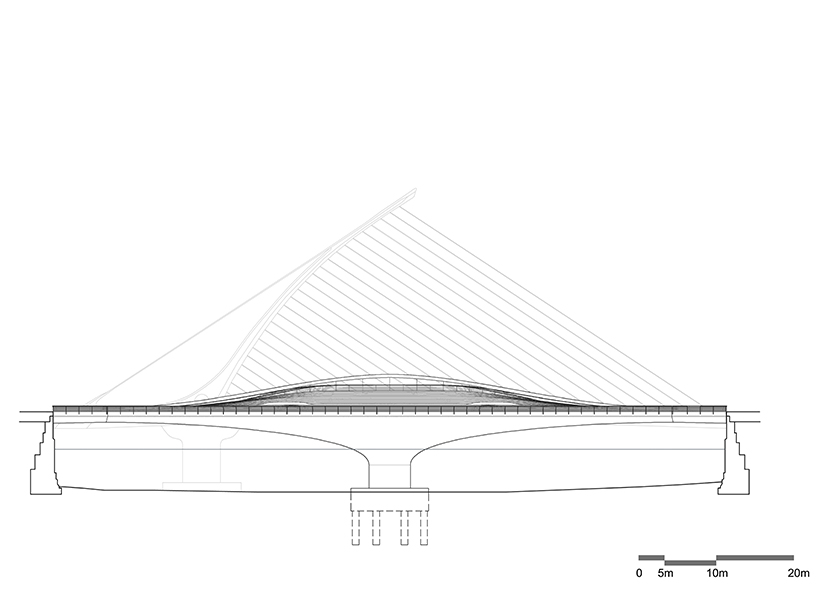 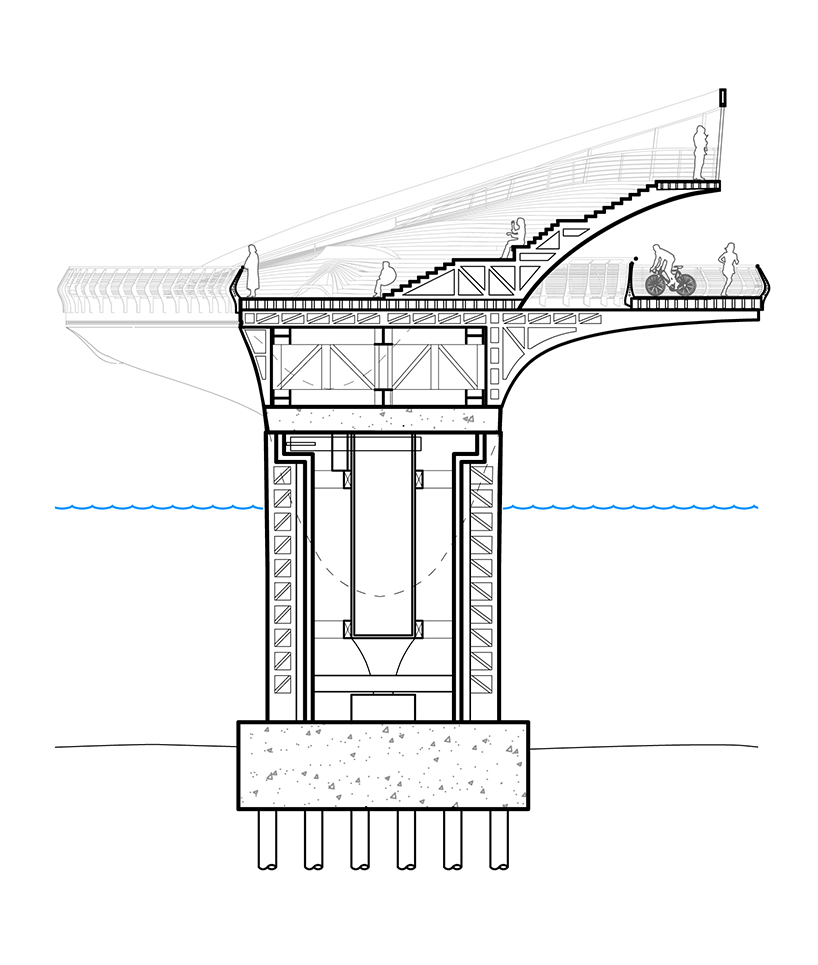 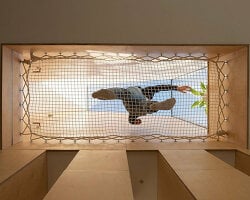 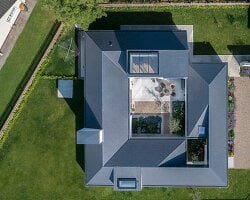