american artist andrew leicester was commissioned by the foothill extension construction authority to design the metro gold line’s bridge extension to capture the character of the local culture and history. recently opened to the public, the unique bridge spans 584 feet over the I-210 freeway in arcadia and will connect two new stations in azusa and pasadena, with an integrated rail line that is set to be completed in 2014. the design took inspiration from two primary sources: the basket-like structures evoke the nature of the indigenous native americans that flourished in the area, and its location over an american highway informed their garish size, echoing the iconic architectural traditions surrounding route 66’s history. costing a total of 18.6 million USD, many technological features are integrated into the construction: ‘time domain reflectometry’ technology and a smart column technology system allows engineers to asses damage immediately following an earthquake. 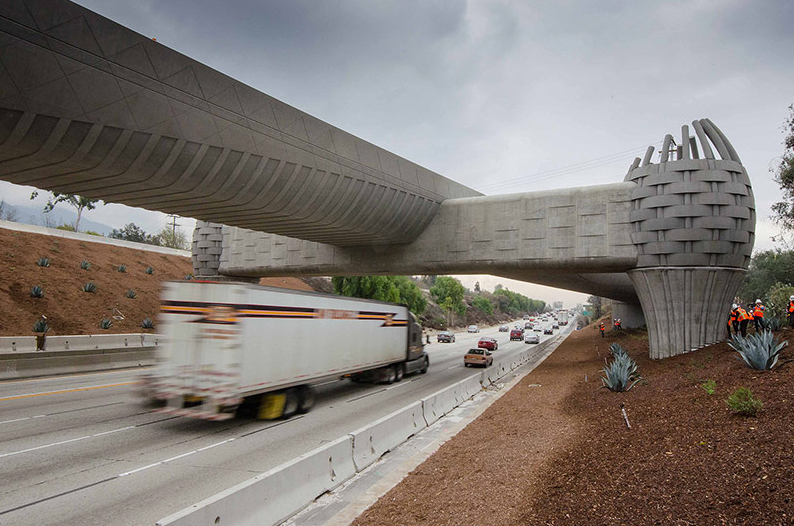 spanning over the I-210 highwayimage courtesy of metro LA

using a simple ‘post and lintel’ system on a much larger scale, the 25-foot baskets act as the anchor columns, with a rebar cage skeleton infilled with cast-in-place concrete. the basket section exemplifies a construction similar to the way an actual basket would be made, with vertical ‘reeds’ and interwoven bands left to fray at the top as part of the artistic language. the ribbed underside of the span exposed along a serpentine edge and scale-like etchings of exterior skin also alludes to the rattle snake that is so embedded into the history of the area. 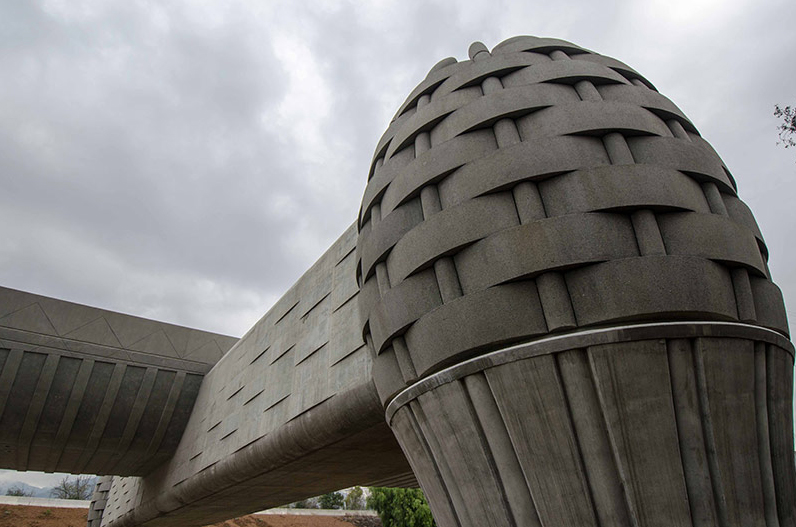 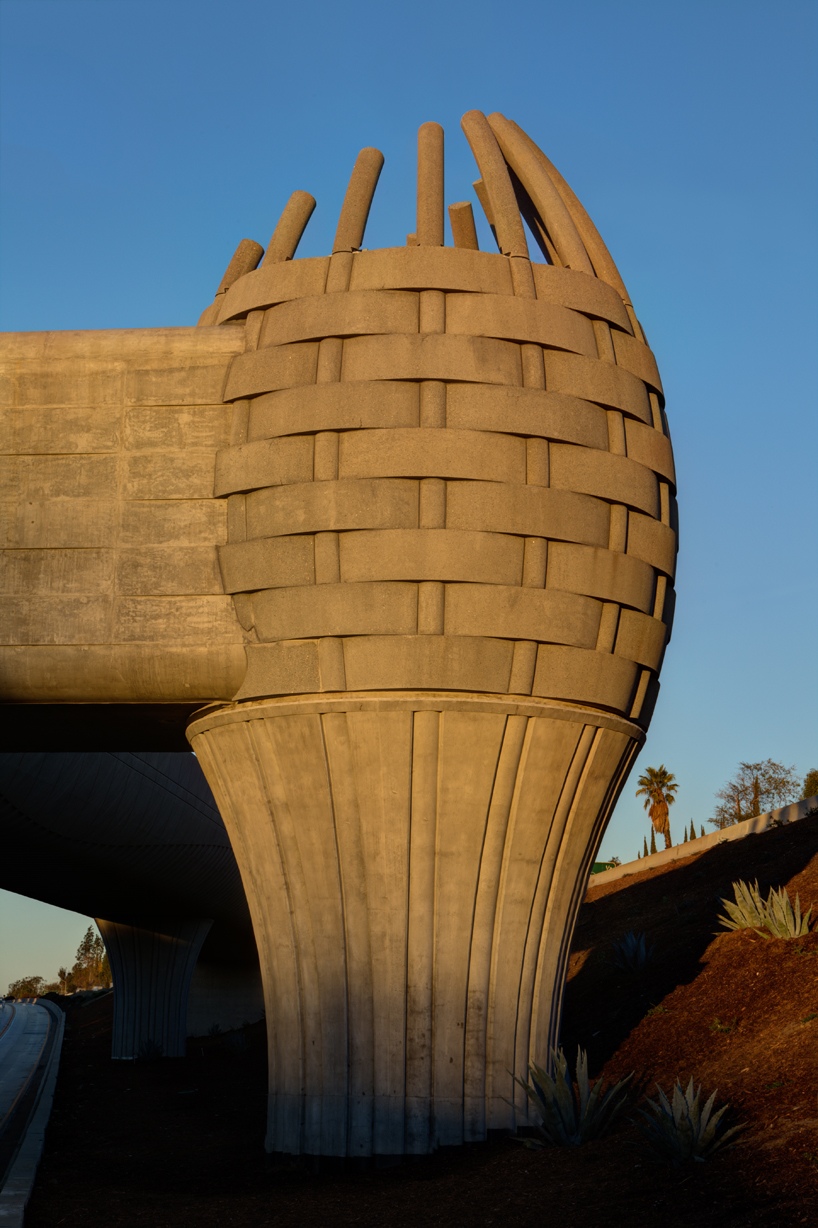 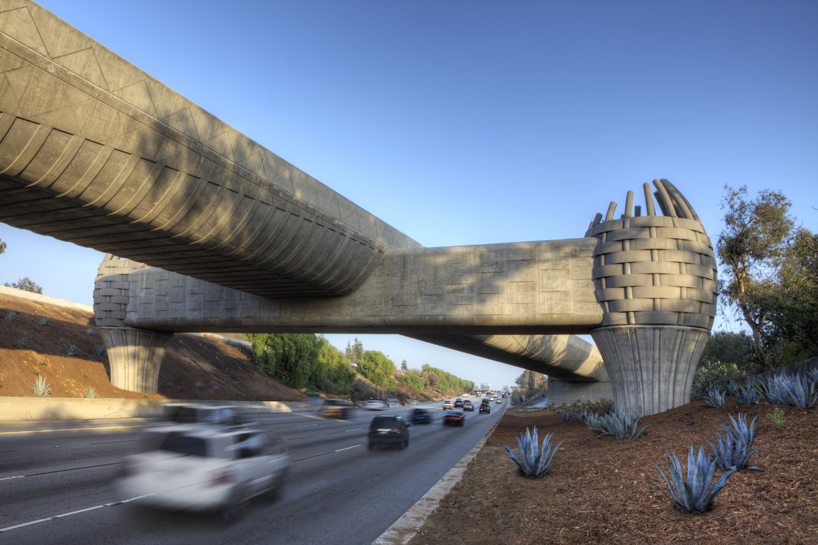 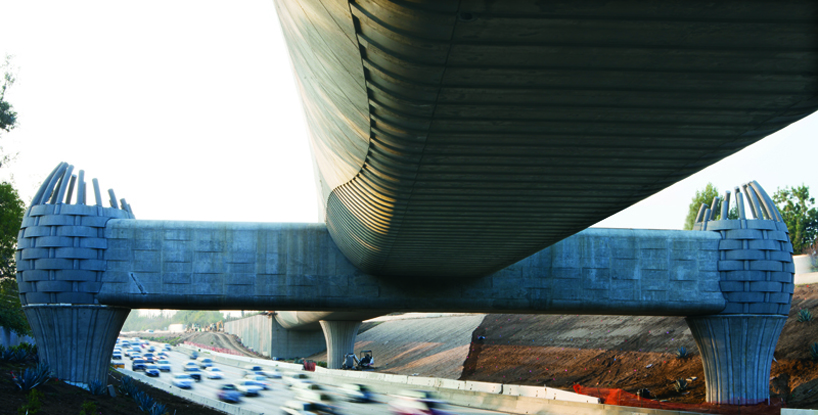 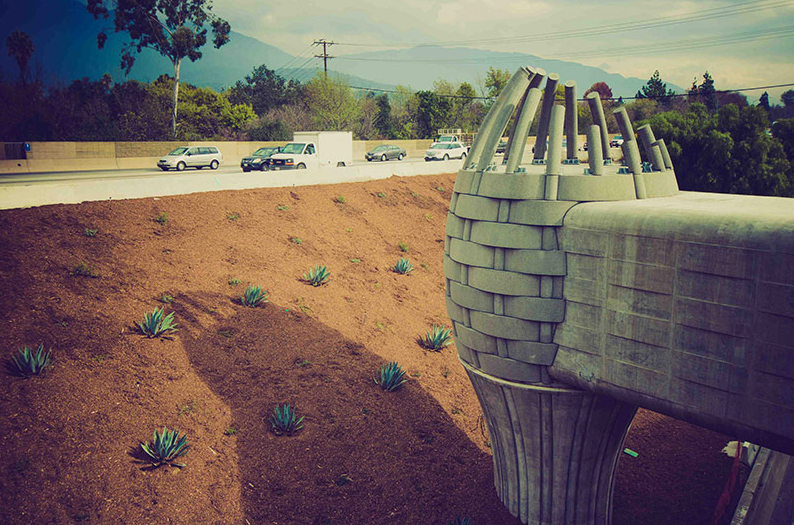 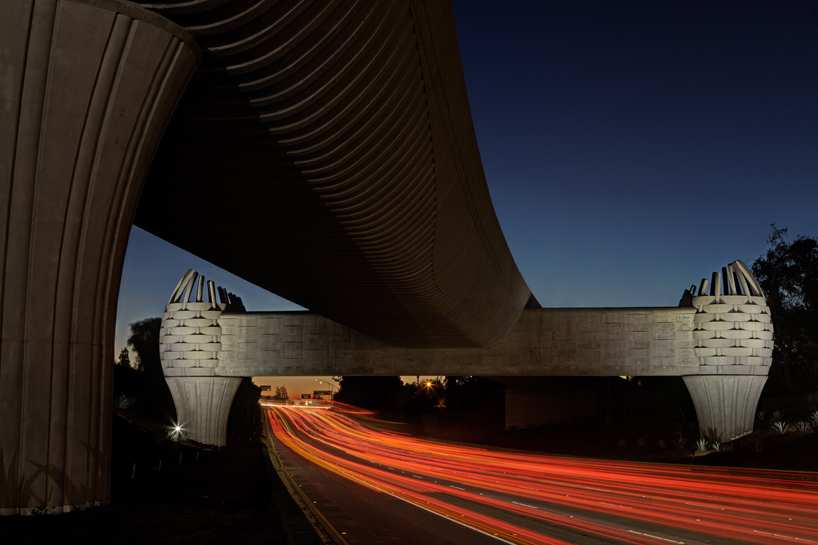 the light rail bridge was built by skanska, designed by AECOM, and conceived by andrew leicester 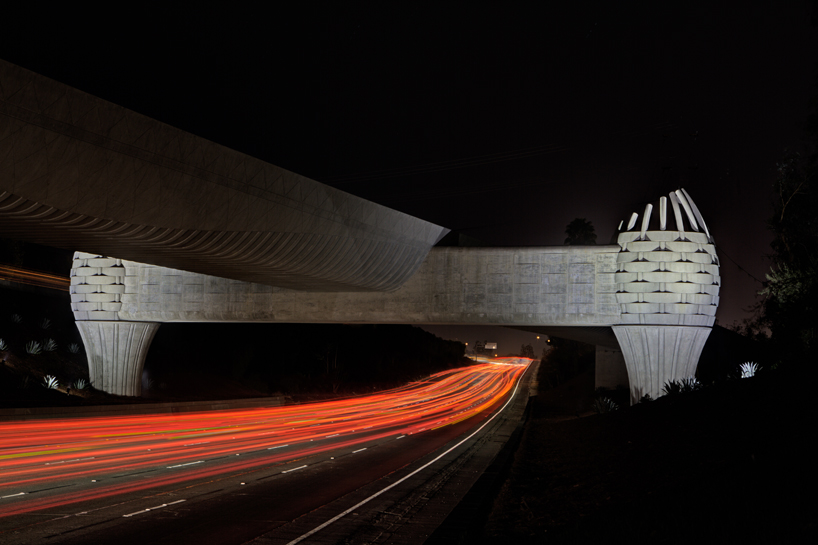 the bridge by night 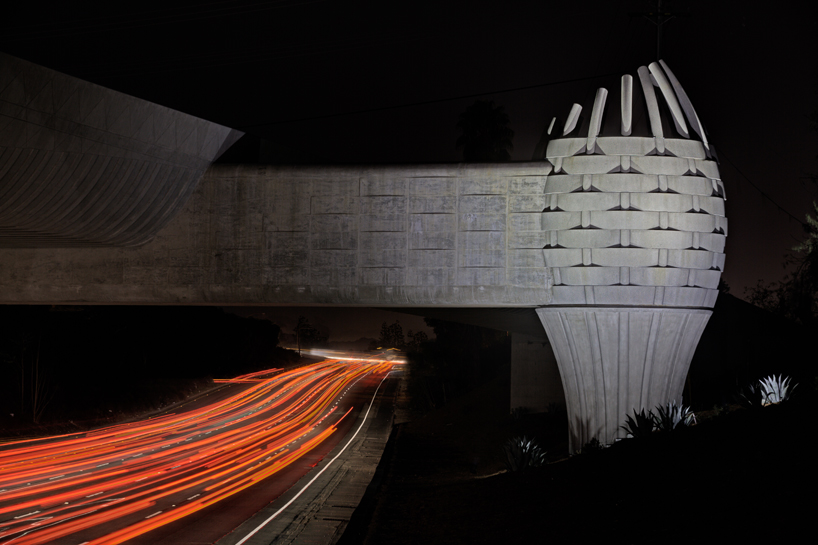 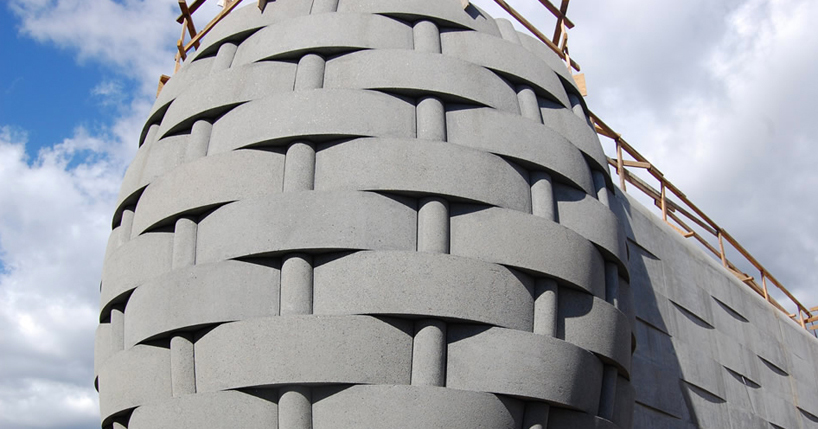 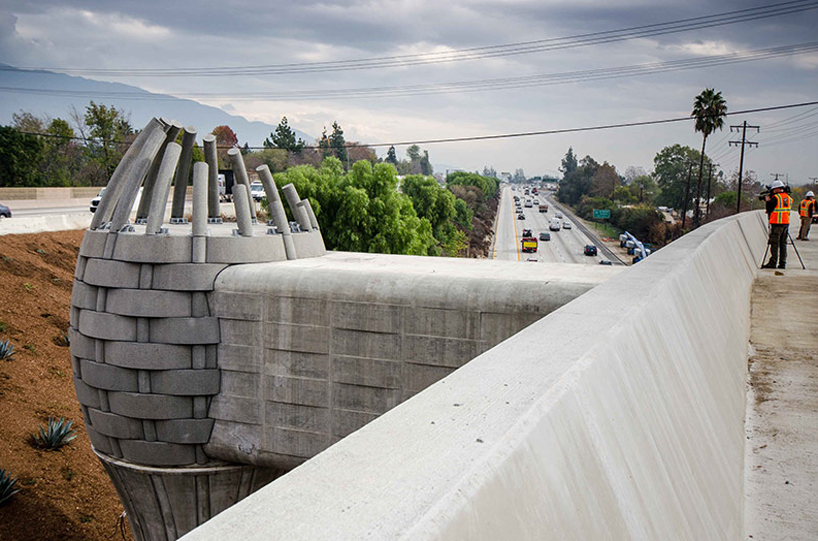 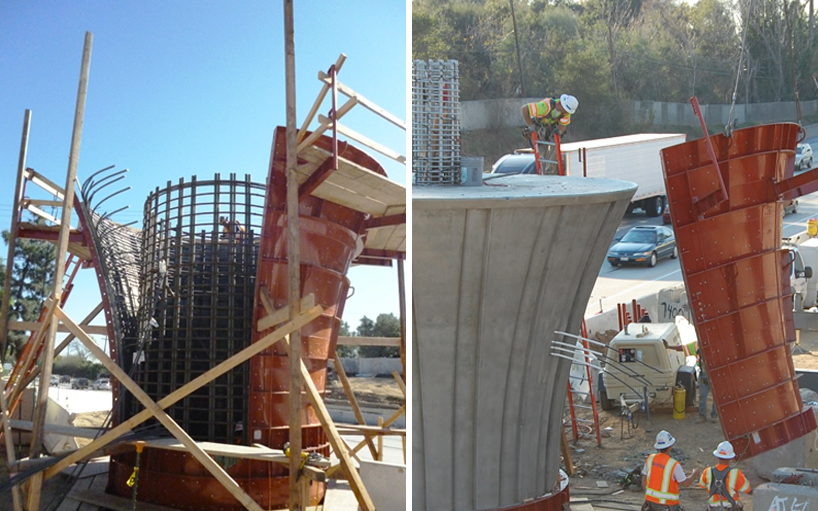 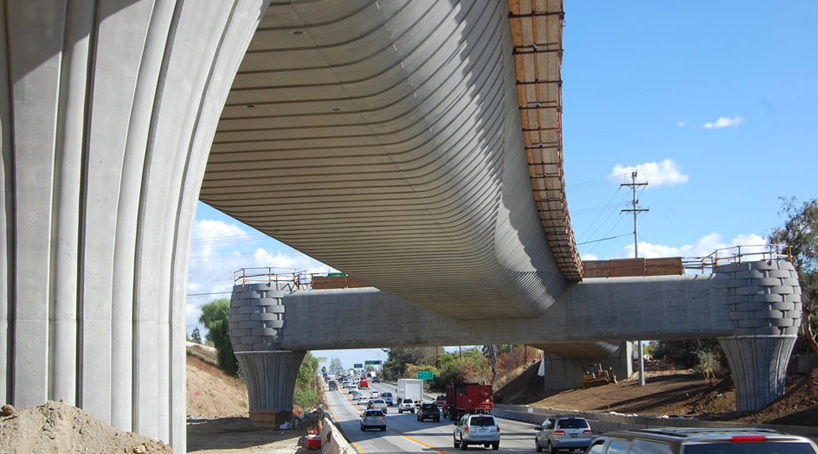 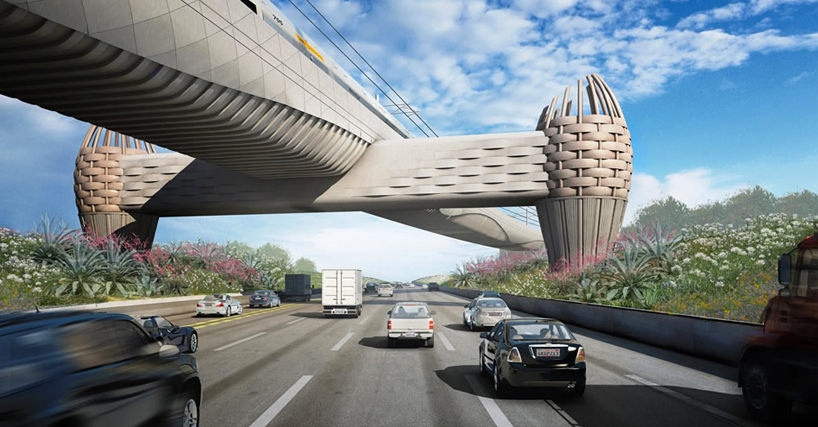 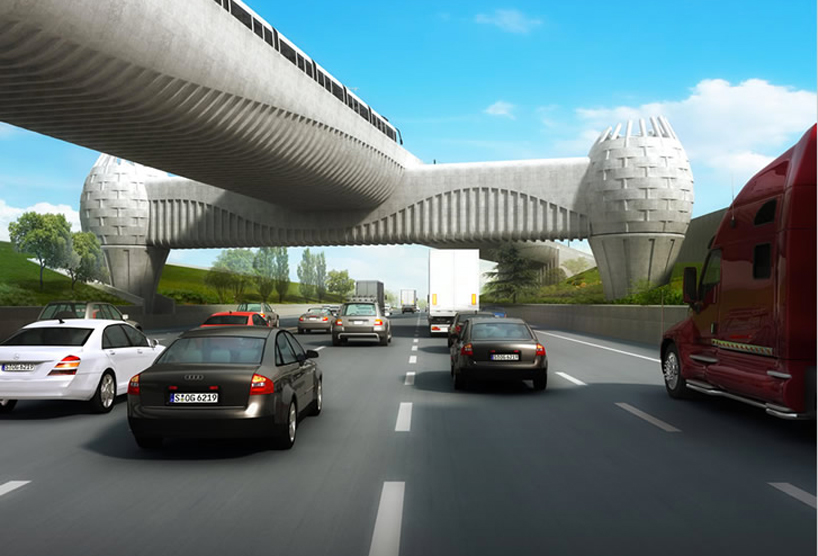 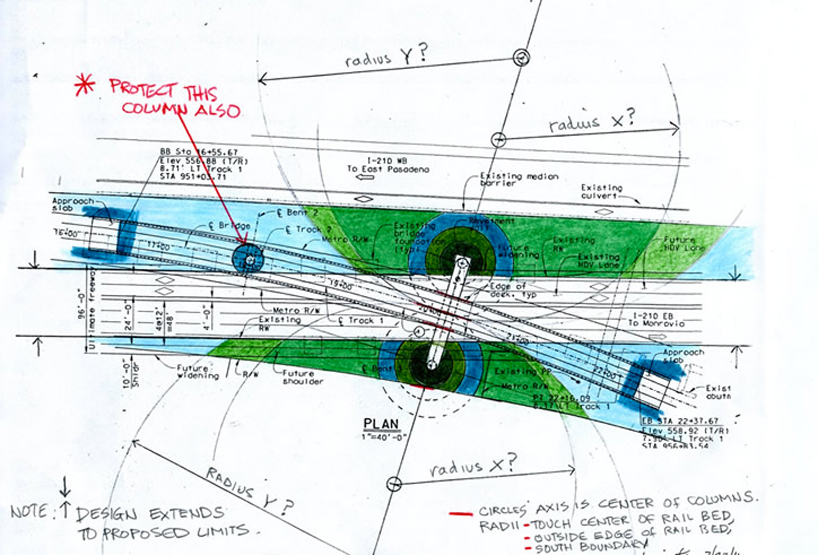 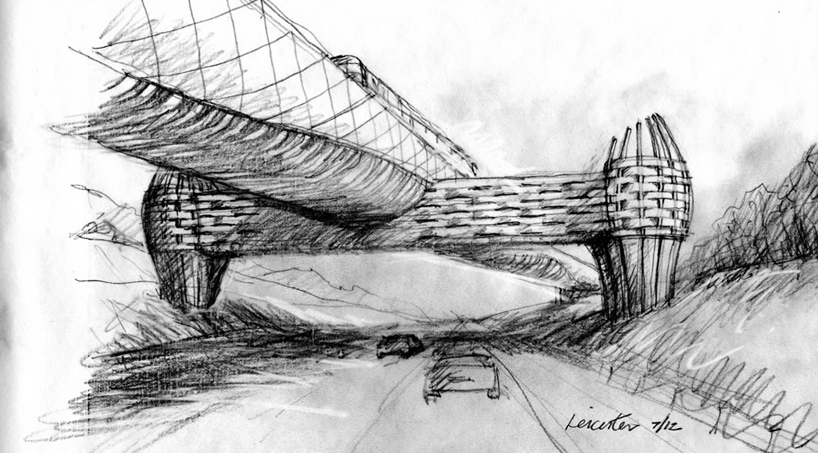 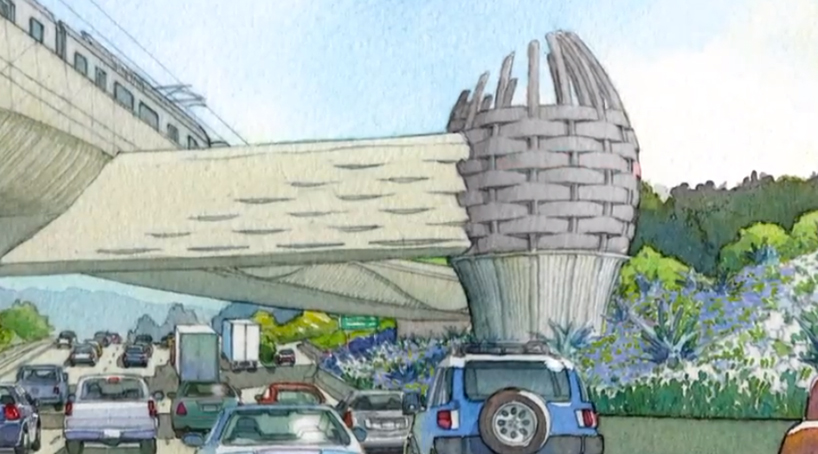 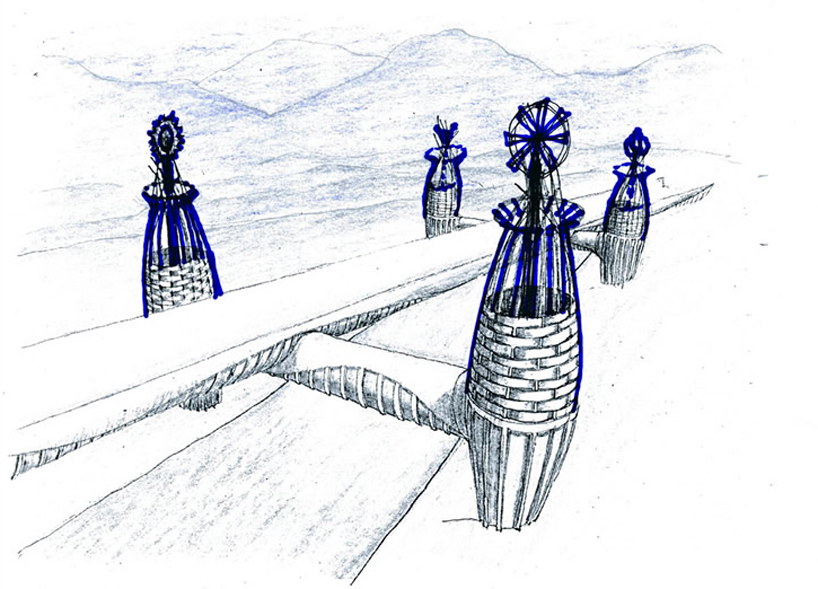