a team including members from form associates and speirs + major has won an international competition to light the 4km-long san diego coronado bridge in california.

the project to light the iconic 1969 girder bridge is led by artist peter fink and lighting designer mark major in association with buro happold in LA, and will be the largest interactive green energy lighting project in north america.

the team’s design incorporates programmable led lighting powered by wind turbines. the lighting will respond to the rate and intensity of road traffic on the bridge, as well as major boat traffic through the shipping channel, and aims to emphasize the san diego coronado bay bridge’s importance as a gateway between communities.

the port of san diego and the california department of transportation chose the team’s scheme over two other finalists, including the french design firm bideau company, which has lit the eiffel tower and the acropolis, and a proposal from environmental artist ned kahn and patrick mcinerney architects with engineering consultants arup. 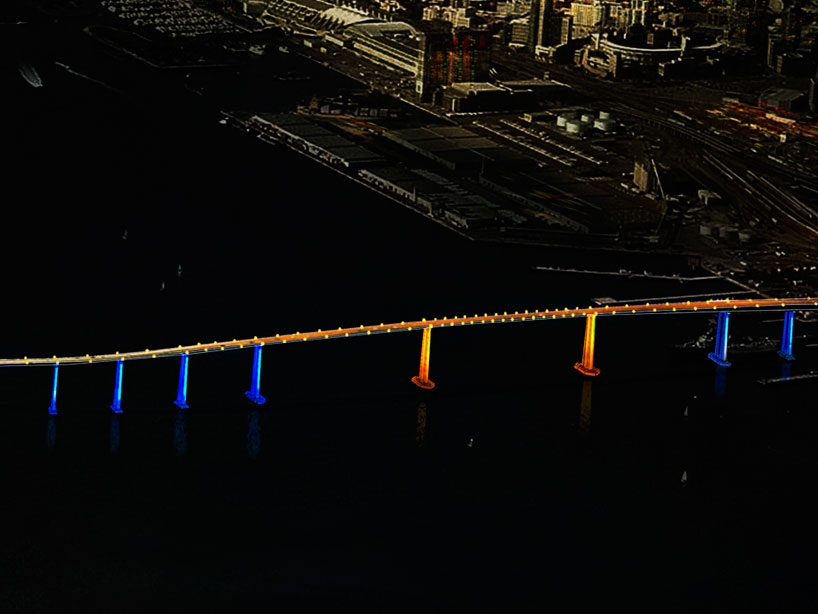 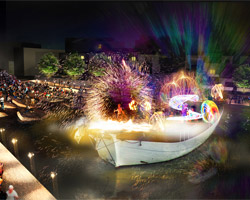 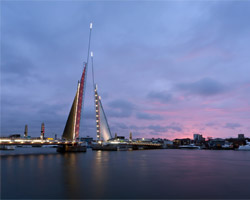 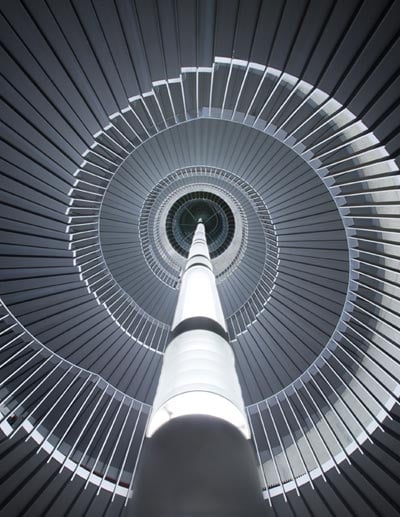 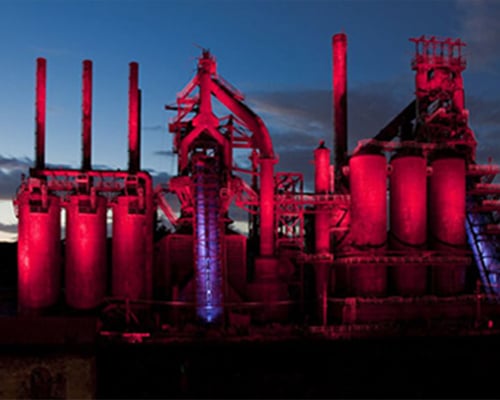 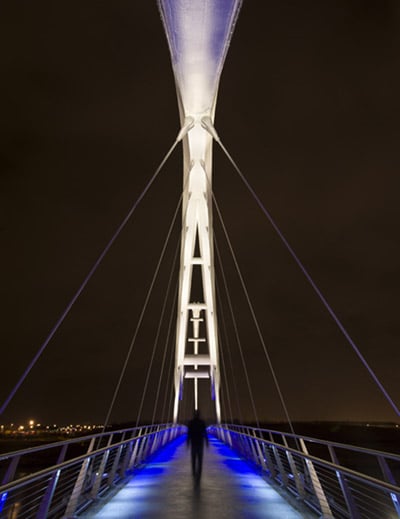