foster + partners and apple have completed the ‘steve jobs theater’ at apple park, a structure that embodies both the architect’s and tech company’s vision — the product of eight years of close collaboration. the lobby’s glass cylinder construction is made up of forty-four radial panels that support the lens-shaped roof. from ground level, the entire lobby space is visible from the exterior. above it sits the world’s largest 80.7 ton, carbon-fiber roof that seems to float effortlessly above the open lobby. 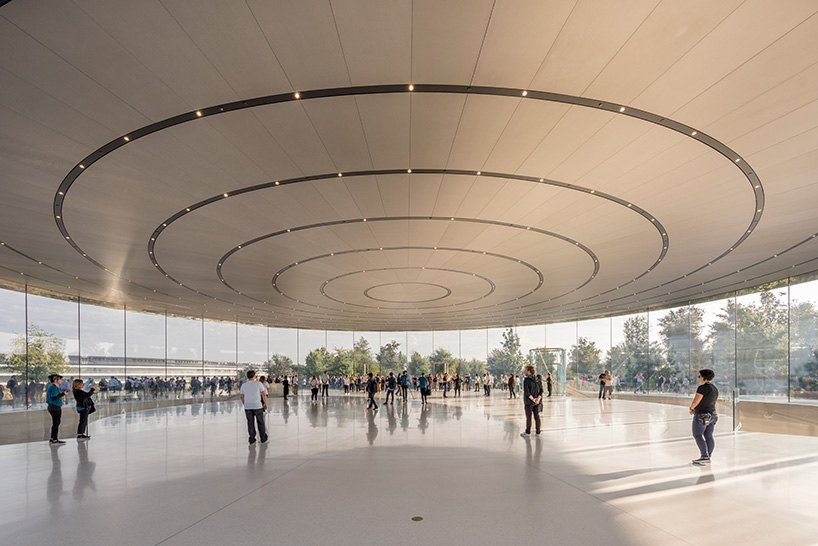 the theater lobby is covered by the largest, self supporting fully carbon fiber roof in the world
all images © nigel young / foster + partners

the roof’s massive 135 foot diameter, for comparison, would effectively allow it to completely cover a boeing 757 plane. during construction, the roof panels were assembled on site, adjacent to the existing lobby structure, then lifted onto the glass as a single unit. like many of apple’s projects, the company pushes the boundaries of technology and engineering — this structure is no exception. overall, apple’s theater stands as the largest glass-supported structure in the world, an element of design incorporated in many of the company’s international retail stores. 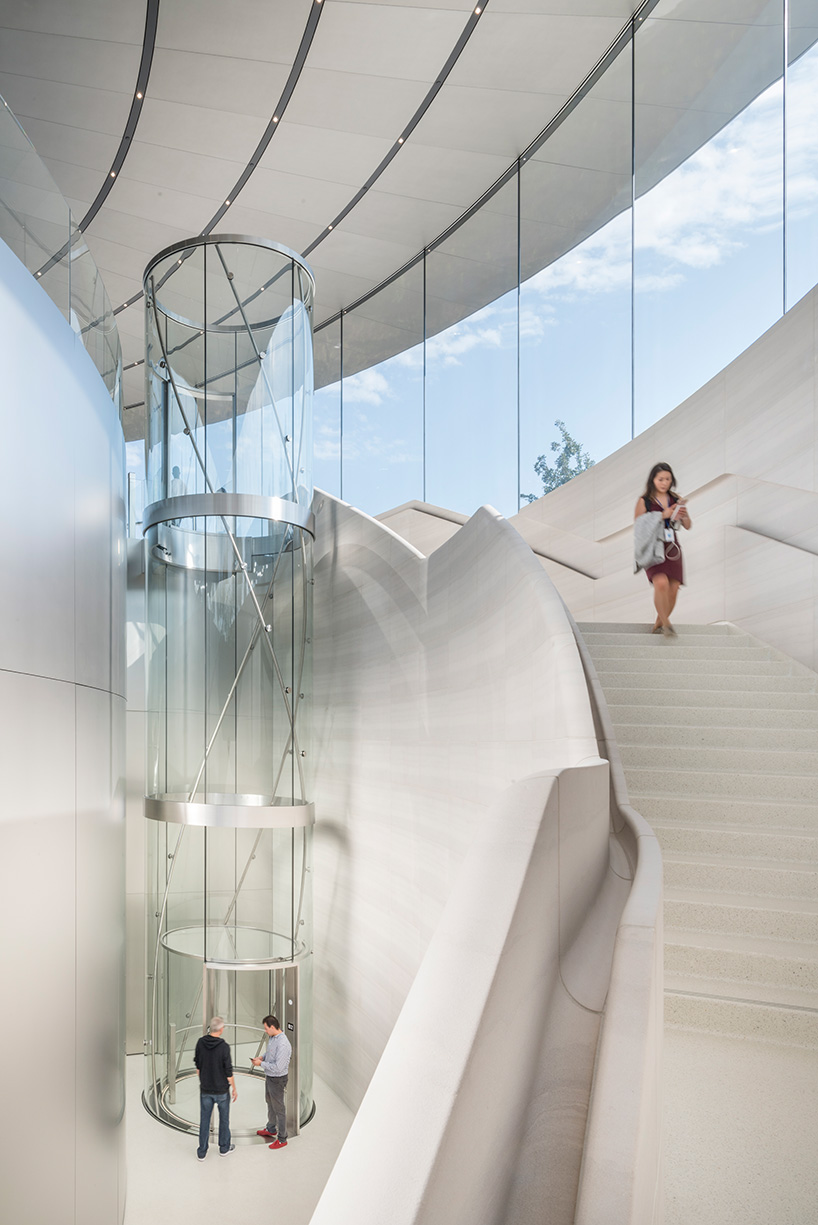 the service elements of the building such as the sprinkler pipes, power systems, and security features are integrated into the 44 silvan joints between lobby’s glass panels. located in cupertino, california, the foster + partners-designed structure is able to withstand up to a magnitude eight earthquake. nothing about the theater is ordinary. the glass elevator that connects the lobby to the below-ground theater, stands at 42 feet high. the design uses helical guide rails to rotate the elevator 171 degrees — the first passenger elevator to use this technology. 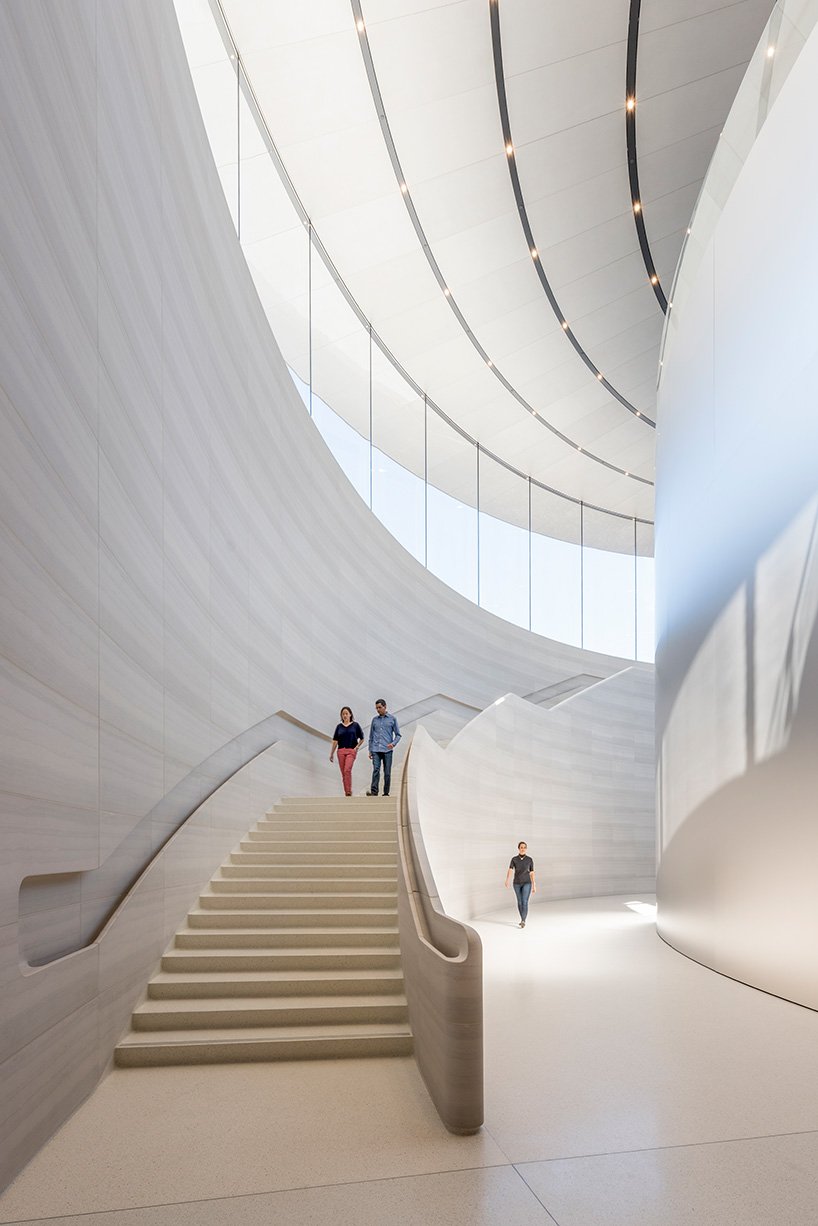 the sprinklers, electric, and security features are concealed within the 44 silicon joints between the glass panels

a curved staircase leads visitors from the ground-level, serpeggiante castagna limestone lobby into the below-ground auditorium. for the auditorium, the site of apple’s latest iphone unveiling, foster + partners created a fan-shaped space. the rows of imported italian leather seats curve to follow the geometries of the space. the design’s attention to detail also required that the wood flooring planks and grain follow the arc of the seats. to combat this issue, the team developed to process to achieve the desired look. the straight, white oak boards are divided into five, equal strips and glued into a radial shape. 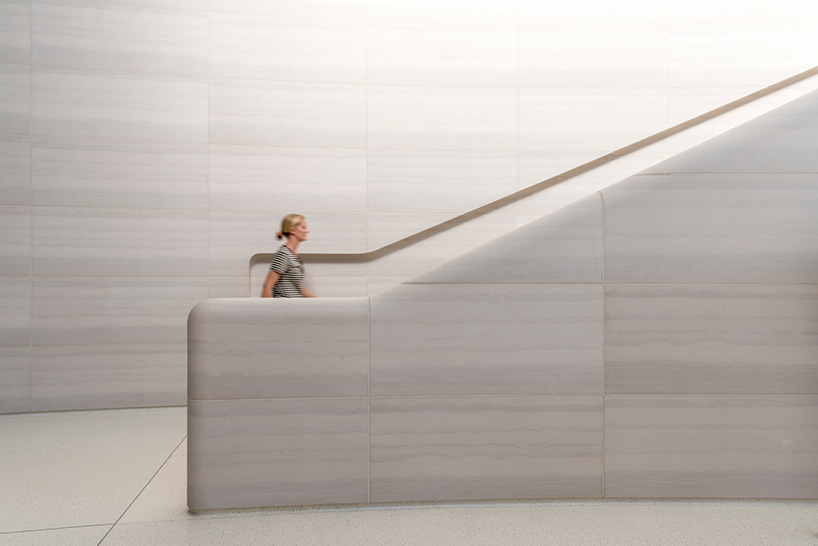 the lobby is the largest glass-supported structure in the world

‘the idea is very simple: a delicate hovering roof providing shelter in the middle of a beautiful californian landscape.’ commented stefan behling, senior executive partner at foster + partners. ‘making it feel effortless was among the hardest technical and engineering challenges we’ve ever had to solve.’ 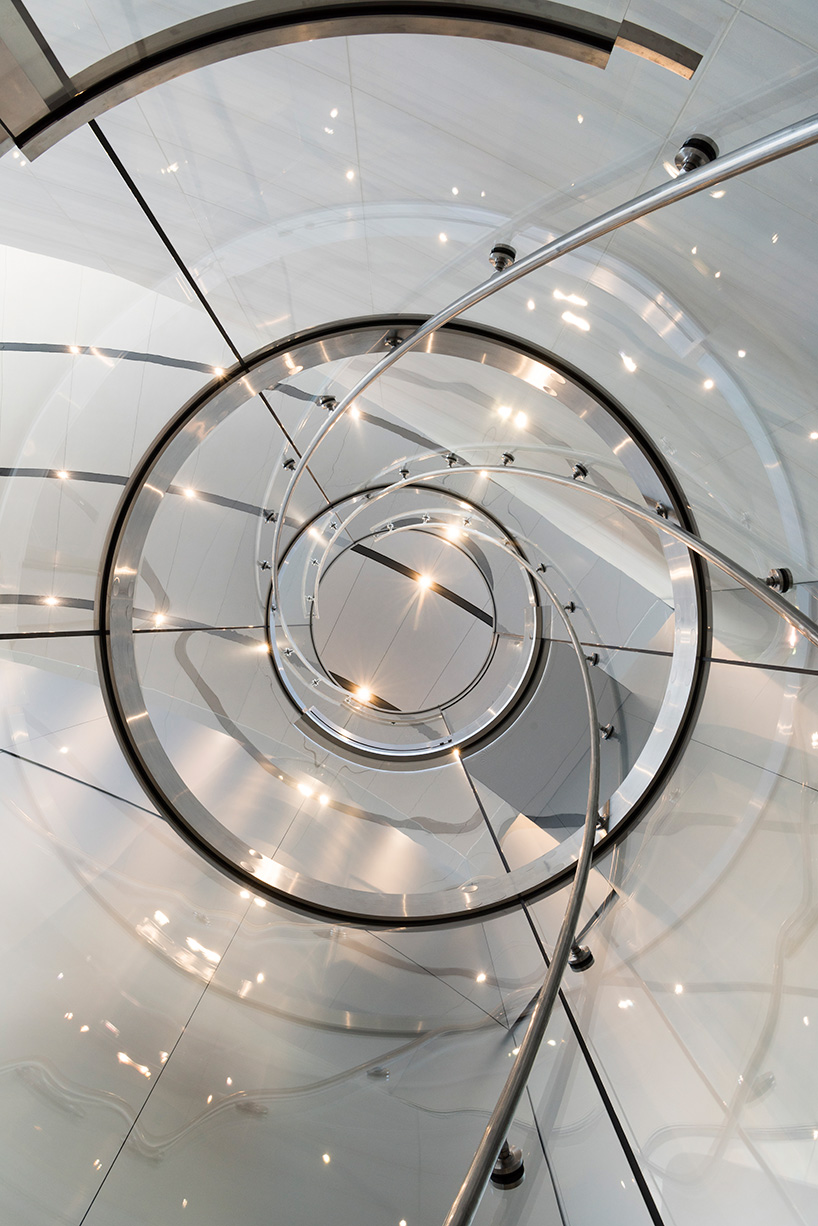 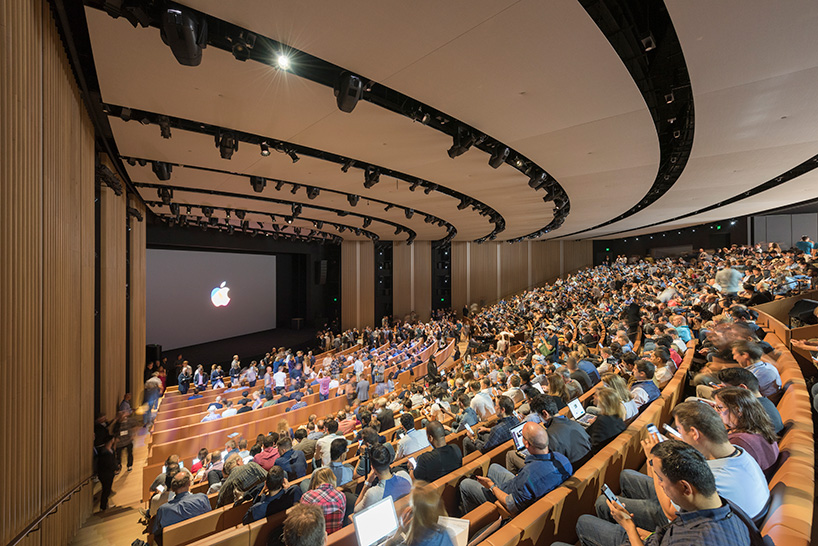 the structure can withstand a magnitude eight earthquake the auditorium’s custom, leather seating was hand-made by italian artisans at poltrona frau