‘bodegas portia’ is foster + partners first winery project in the ribera del duero, one of spain’s many wine-producing regions approximately 150 km north of madrid. built for the faustino group, the london-based firm aimed to approach the design in a fresh way that considered the building type, its function and the natural topography of the site. the resulting winery is a three-spoked volume that puts the production of wine at the heart of the building.

‘bodegas portia is our first winery, so we had no preconceptions about how it should work. it was an opportunity to start from first principles – to examine the different stages of wine production and to try to create the ideal conditions for them to unfold. the wine was the starting point, as well as the beautiful setting in ribera del duero. using materials that draw on the region’s winemaking traditions, with public spaces open to the landscape, will enhance the visitor experience.’ – lord foster 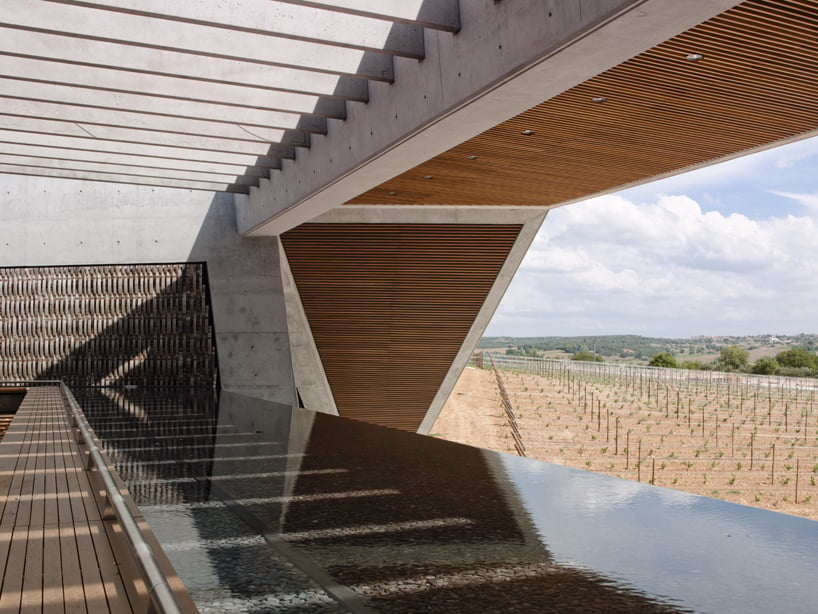 from the roof, looking out into the field

the 12,500 square-metre facility hosts the three main stages of production in its wings: fermentation in steel vats; aging in oak barrels; and aging and storage in bottles. the operations hub which controls the conditions of these critical stages is housed at the core of the winery. in order to age the wine in an ideal environment, the barrel and bottle cellars are partly buried into the earth to obtain a favorable microclimate while the fermentation sector is left exposed to allow carbon dioxide to escape. not only does this cut down on energy demand, it minimises the visual impact the new building has on the landscape.

the heart of the winery features a raised public gallery which extends into glazed mezzanine areas. the gallery acts as a look out, partially extending into each wing, providing the visitors an elevated view of the different processes. to provide an atmosphere and aesthetic that corresponds with the production of wine, the building mainly incorporates a material palette of oak, steel and glass. the concrete structure is clad with shingles of corten steel. 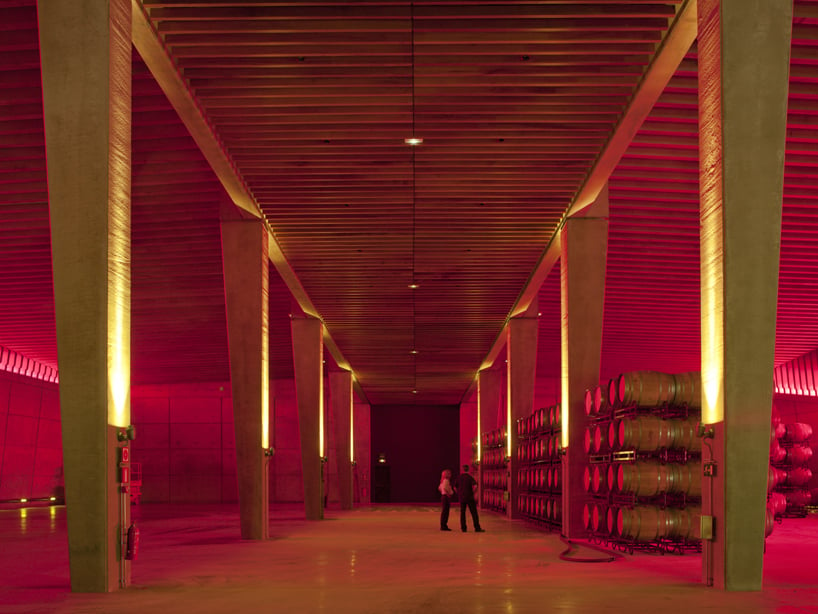 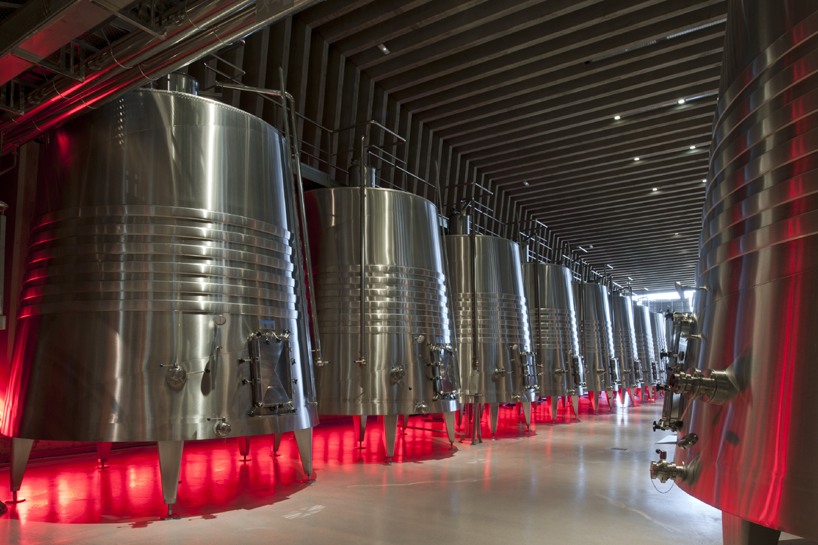 the sloping nature of the site is taken advantage of by using gravity to aid the movement of the grapes. the roof features two sloped arms which connect down to the main road, allowing freshly harvested grapes to be delivered straight into the hopper. to compensate for the cold winters and hot summers of the region, a deep overhang of the roof canopy helps to regulate the internal temperatures. photovoltaic cells are also incorporated into the roof, while the concrete structure acts as a thermal mass.

exposed steel fermentation wing from the outside 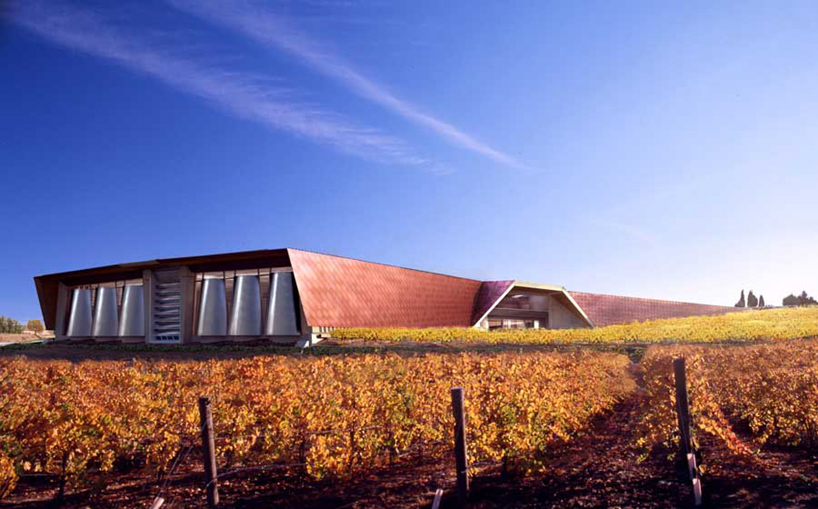 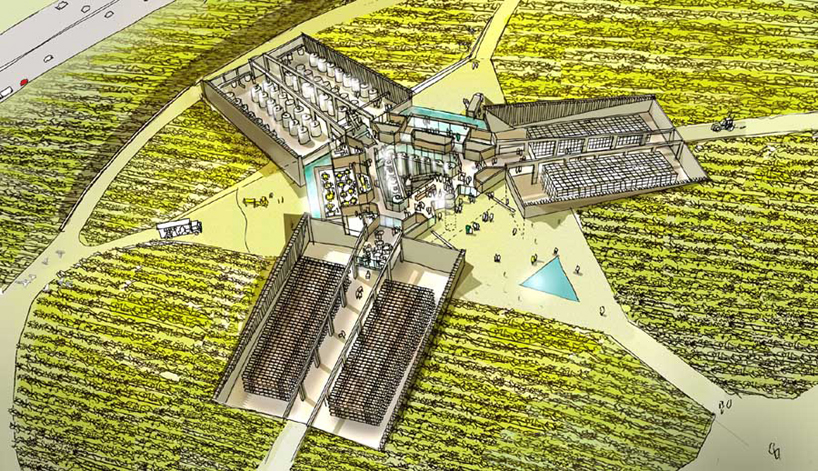