foster + partners have unveiled plans for the ‘lusail iconic stadium’ – the venue for qatar’s 2022 world cup bid. it  will provide a world-class football facility for 86,250 spectators during the opening ceremony, group games and final. reflecting doha’s culture and heritage, the stadium is designed to be highly energy efficient and capable of performing in extreme summer climatic conditions.

the stadium has a near-circular footprint and sits on the masterplan’s primary axis, which divides the stadium precinct into two halves. encircled by a reflective pool of water, spectators cross the ‘moat’ to enter the building via six bridges. an outer pedestrian concourse extends from the water towards an array of smaller amenity buildings and a hotel at the stadium’s perimeter.

the saddle-form roof appears to float above the concrete seating bowl, discreetly supported by a ring of arching columns. its central section can be retracted to allow the pitch to be either open to the sky or fully covered. the concave profile of the stadium’s outer enclosure evokes the sails of a traditional dhow boat and incorporates a system of operable louvres. inside, the seating bowl is designed to enhance the experience and atmosphere for spectators: vip and hospitality accommodation is concentrated along the sides of the pitch to create a continuous sea of fans behind each goal.

located in the centre of a new development to the north of doha, with direct connections by road and a new metro line, lusail iconic stadium is intended to be a catalyst for further growth and has a highly progressive environmental strategy. parking and service areas are shaded by canopies of solar collectors, which will produce energy for the stadium when it is in use, as well as generating power for neighbouring buildings. 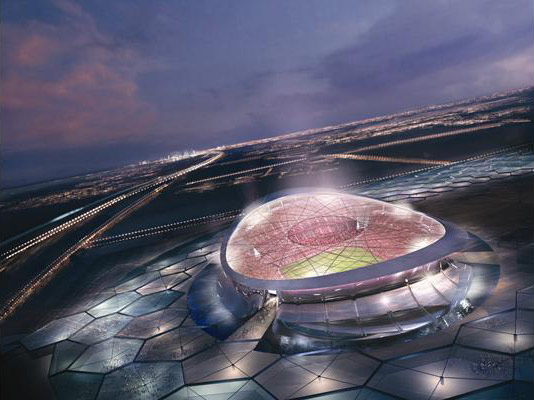 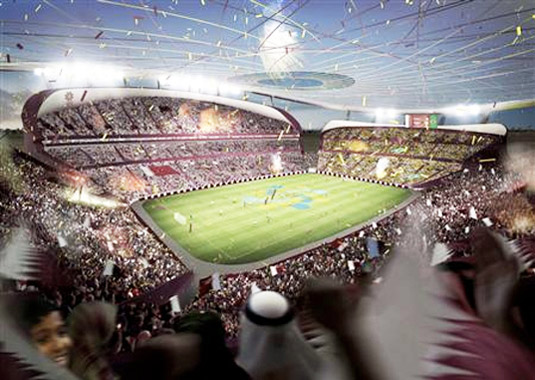