foster + partners has submitted a detailed response to the airport commissions call for evidence, addressing surface access, costs, delivery and an an analysis of the environmental economic and social impacts of their airport proposal on the isle of grain in the thames estuary. 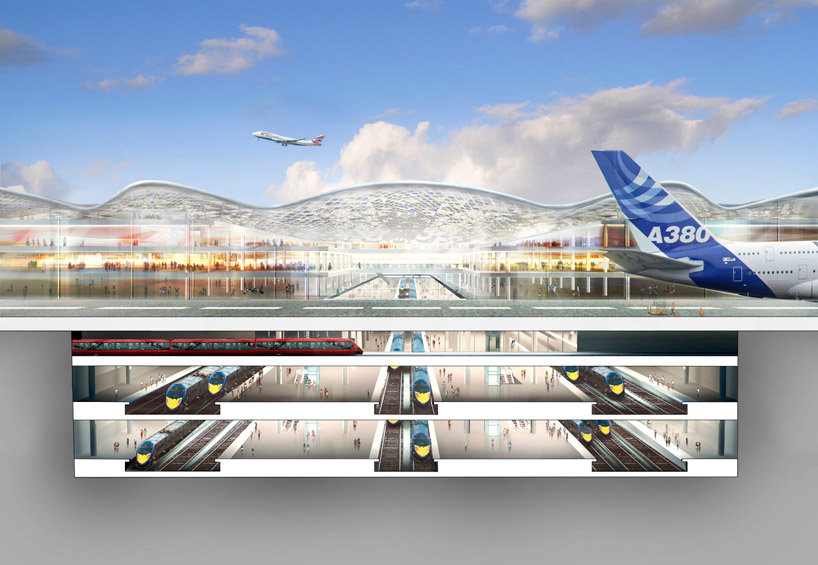 heathrow, london’s main airport, is look to expand with a third runway. studies have shown that by the time its construction is completed it will have already reached capacity. thus a fourth and possibly fifth runway would be considered. instead, foster + partners has teamed up with systems engineers halcrow and and volterra, and the thames estuary research and development company (TESTRAD) to present an alternative that is not only more efficient and citizen-friendly, but also less expensive. 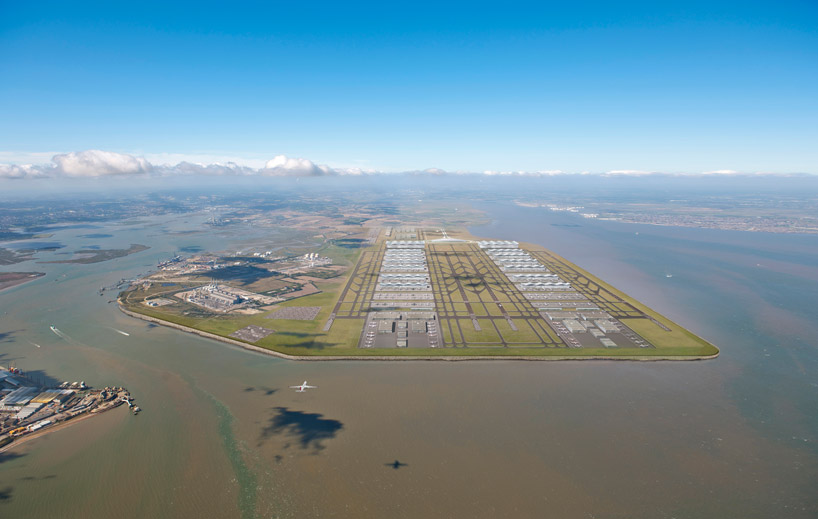 aerial view of the proposed airport in east london

lord foster speaks on the subject: ‘since the airports commission submission [in 2013], the need for increased airport capacity has become even more urgent. britain will need to plug-in to the network of major new hub airports being built and planned around the world, for example in istanbul, doha, dubai, beijing and mexico city. if you cannot fly through london and connect to the destinations these new hubs offer, then trade will simply go elsewhere.‘ 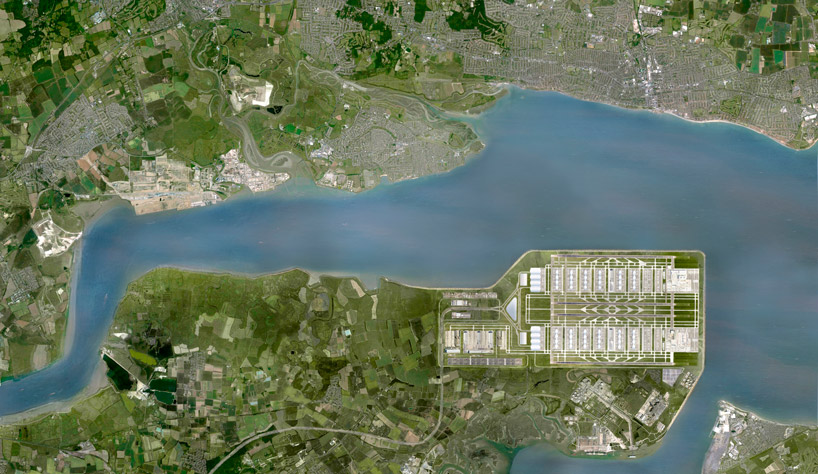 located away from the most densely populated areas in the british capital, the new travel center has a low impact on residents, and higher capacity for future expansion than heathrow

with more emphasis on the urgency of this proposal, which highlights the city’s need to address the ecology, economy and social responsibility of the project, foster continues, ‘t is time to get serious about the issue of airport capacity. britain needs an effective long-term solution, not the usual short-term fix that is heathrow’s proposed third runway. Rather than boosting growth, expansion at heathrow would have the opposite effect. The unacceptable levels of risk, noise and pollution would threaten london’s leading reputation as a world city.‘

foster + partners has submitted a further response to the airports commission’s four feasibility studies, which examine the environmental impacts, surface access, socio-economic factors and operational feasibility of an inner thames estuary airport. the british office asserts: ‘the evidence presented in the four reports makes a clear and compelling case that a new hub airport in the inner thames estuary is both credible, deliverable and has no identifiable showstoppers, and should therefore be added to the commission’s shortlist.’

read the response in full here.