many traditional homes remain in the sloping streets of san francisco that could be substantially improved upon with simple architectural moves. one such house designed by local practice fougeron architecture, was lucky enough to undergo a renovation that drastically changed its character and the lives of its owners. the ‘flip house,’ as the name implies, completely reversed the private and public spaces and turned the focus from the street-side facade to the rear which enjoys undisturbed views of the city’s unique urban landscape, the bay and several gardens.

the back wall was removed entirely and replaced with a new language made up of three strips of undulating angular glass strips secured within a light-weight metal framework. this new transparent envelope brings the outside in, collecting plenty of natural light and reflecting certain amounts due to the angle of the panels. the bedrooms were moved to the front where smaller windows offer more privacy. a staircase made of fine metal grating connects all three stories in a more efficient and less obtrusive manner. each level now connects spatially and visually to one another, interconnecting different functions of the dwelling and also creating larger open interiors. 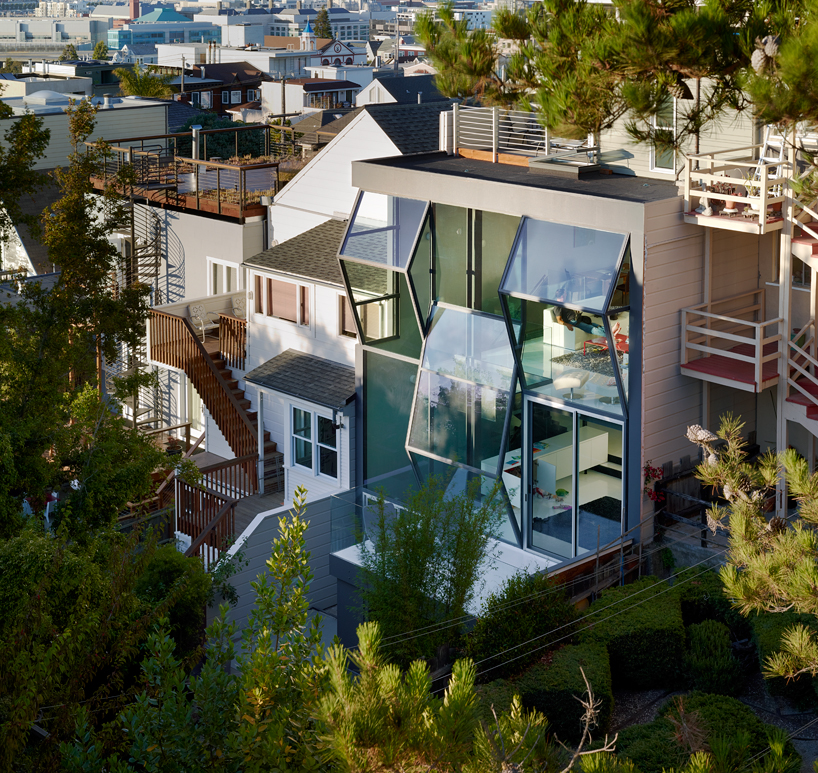 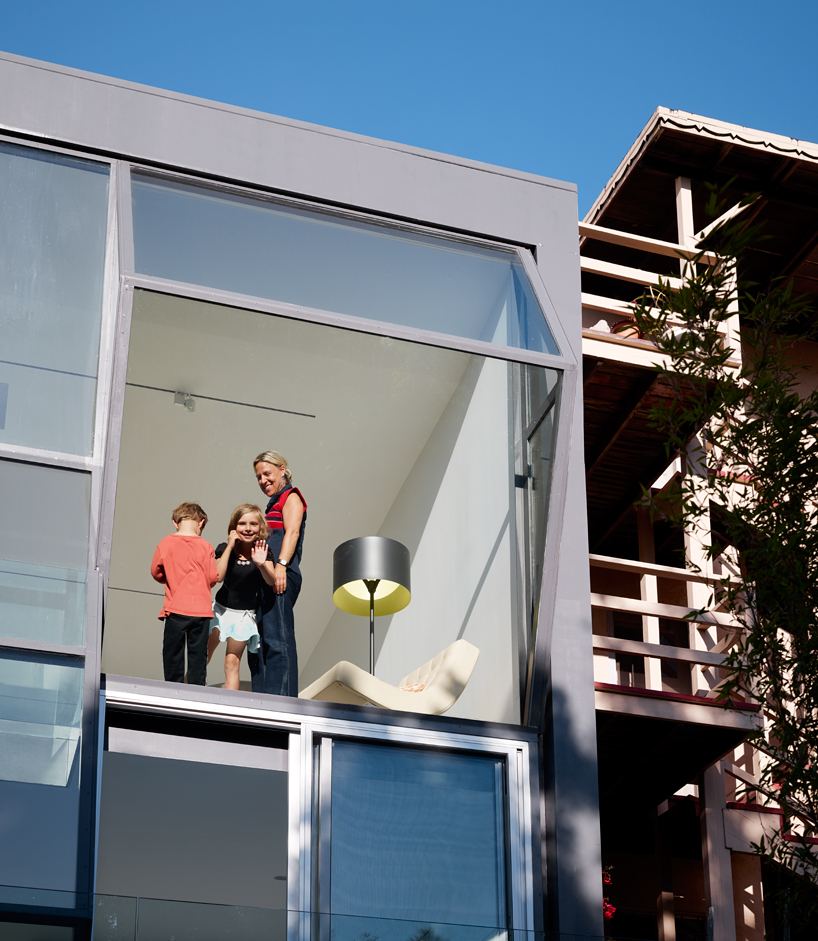 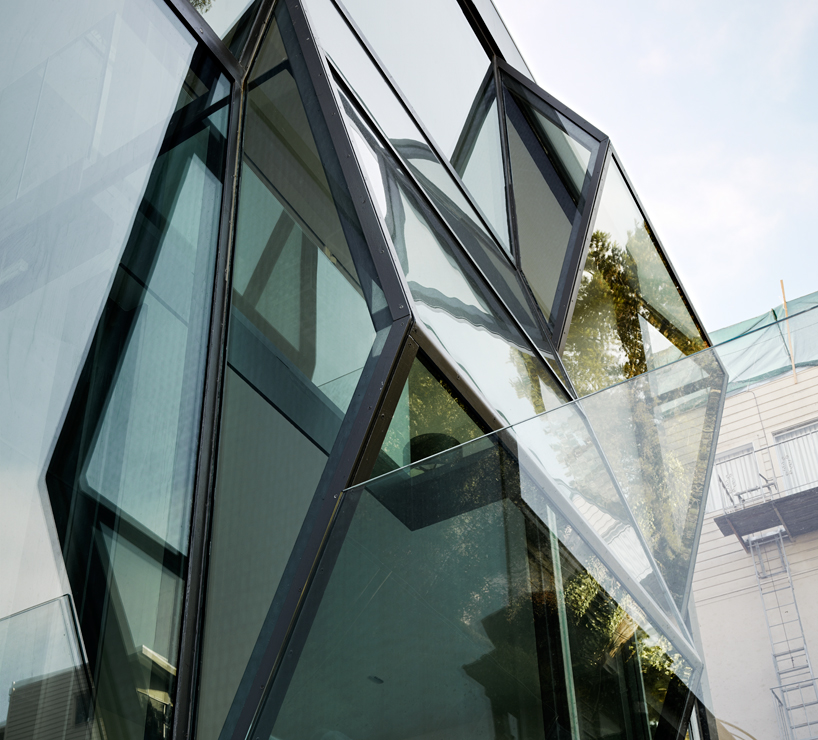 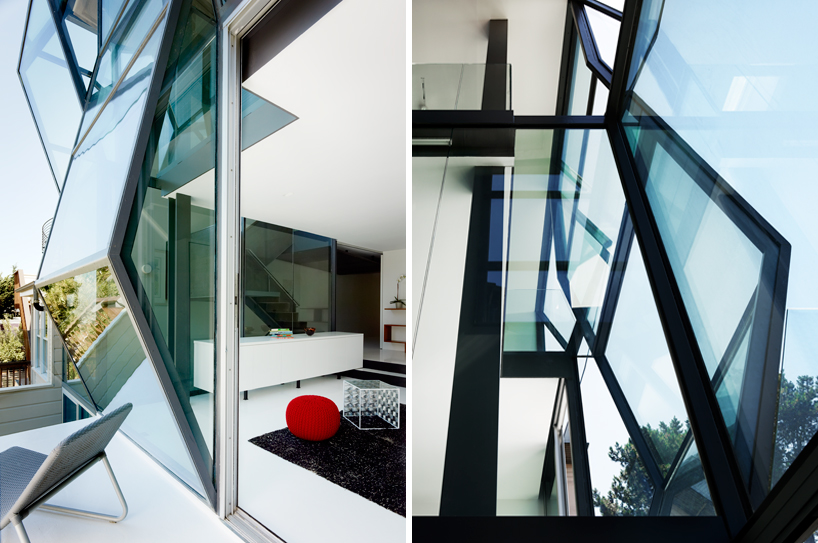 the living spaces are moved to the back, enlivened by the transparent facadeimage © joe fletcher 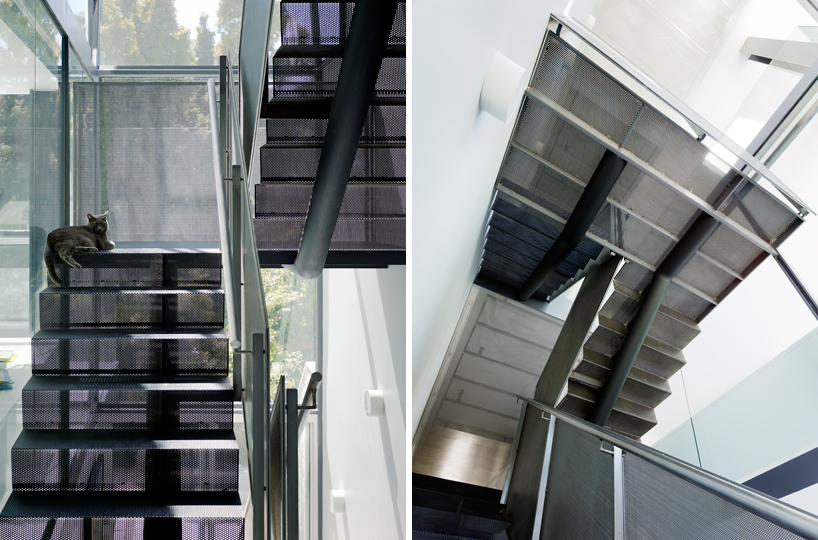 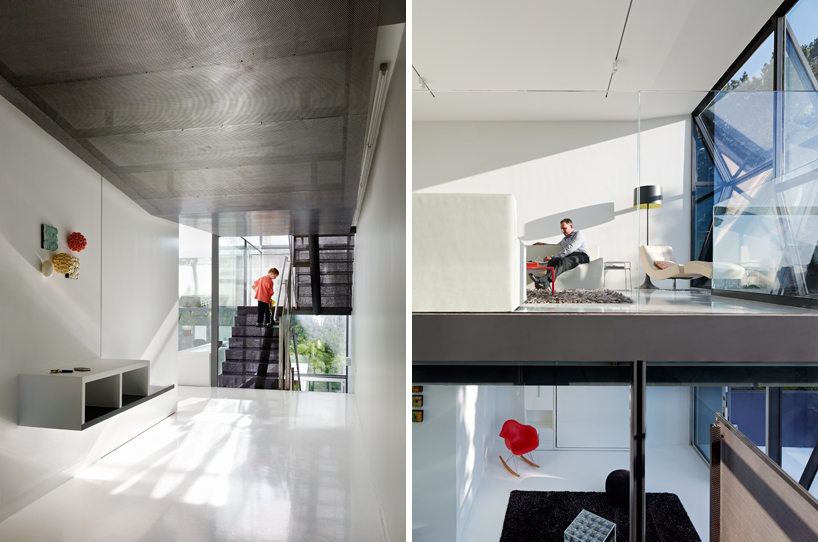 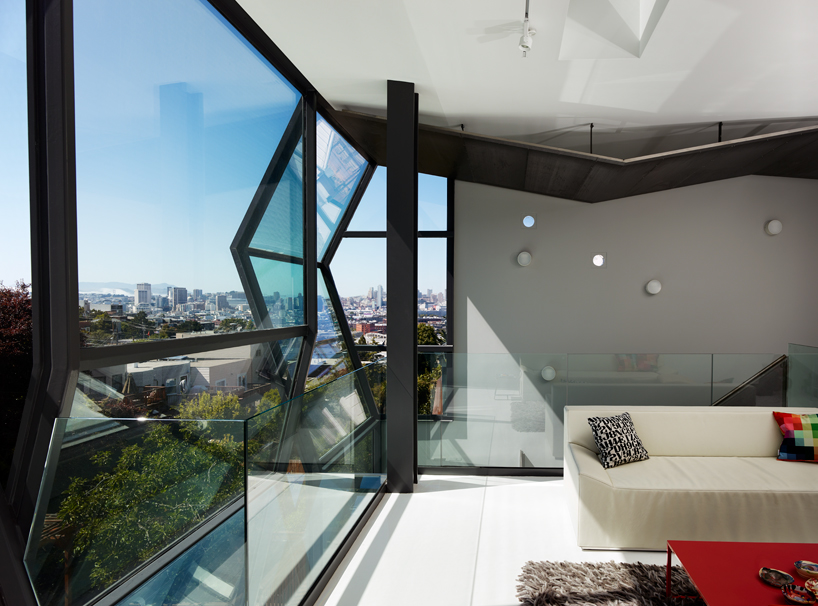 views out over the city from the living areaimage © joe fletcher 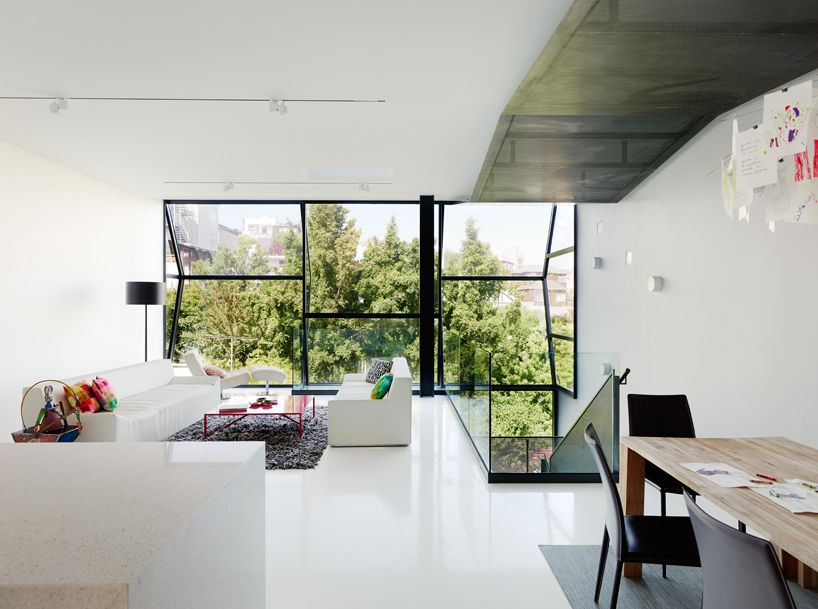 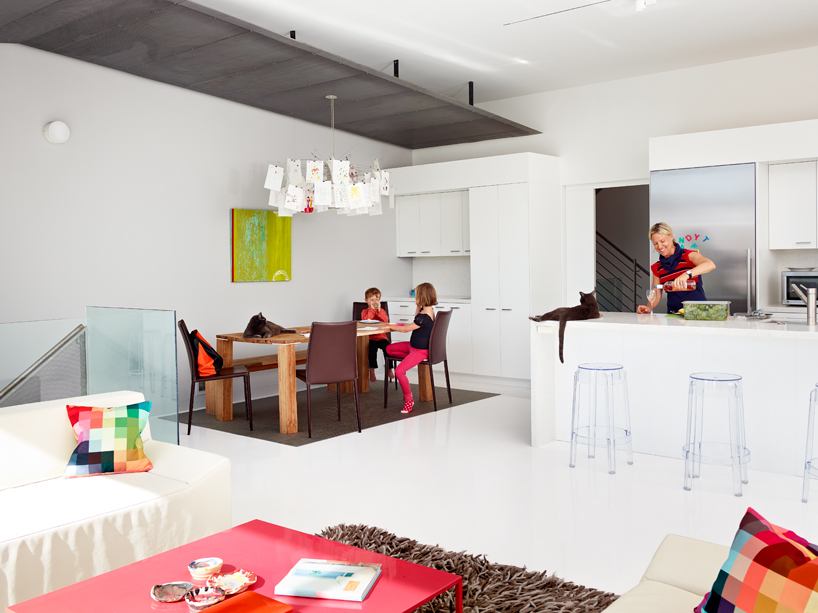 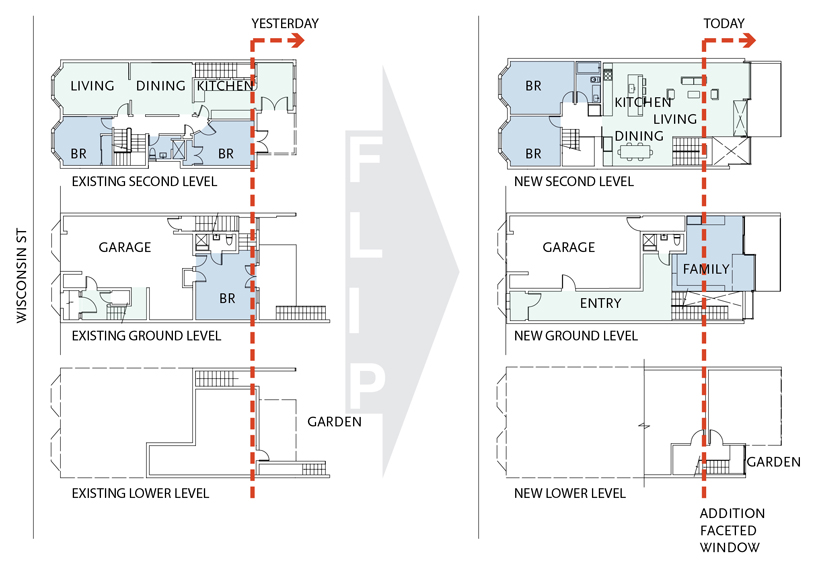 floor plans / before and after the renovation 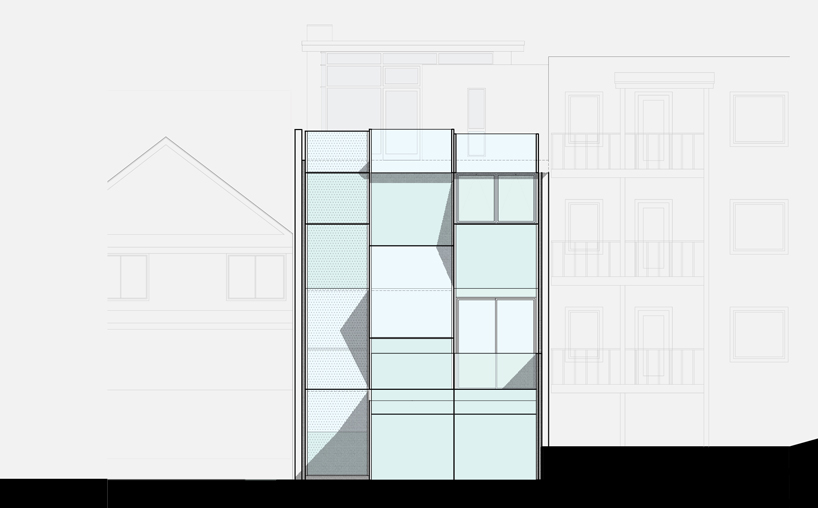 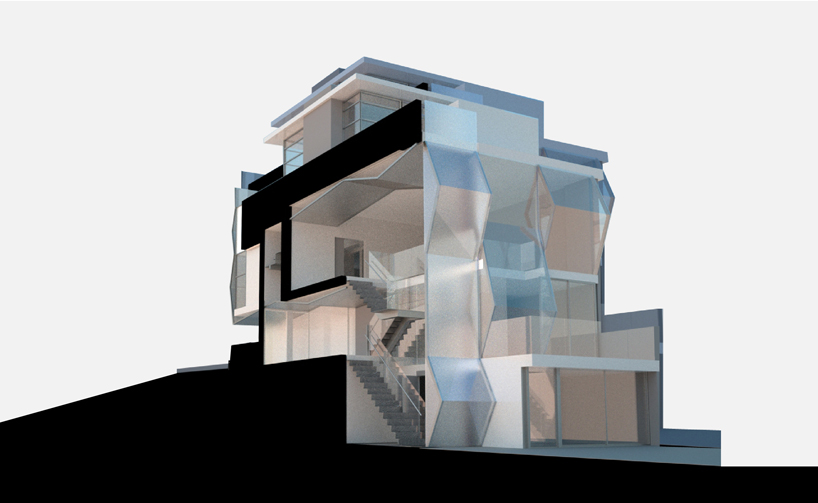 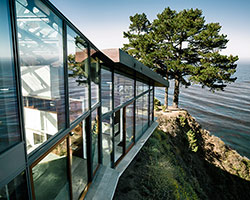 Apr 27, 2014
fougeron architecture builds the fall house next to the pacific ocean

Jan 14, 2021
junya ishigami completes plaza of kanagawa institute of technology in japan
remaining open to the elements, the project has been conceived as an expansive landscape that changes with the seasons and the weather.
architecture
597 shares
connections: +1490