architect fernando romero has revealed plans for a linear park to be built on avenida chapultepec, one of mexico city’s oldest streets. the scheme sees a large stretch of land transformed with a series of integrated environments, providing dedicated public spaces at the heart of the urban core.

the main promenade will run along the center of the avenue at street level, with specific lanes for bikes, skaters, wheelchairs and strollers. crosswalks have been strategically designed in order to access the central space from the sidewalks, while the upper level will have retail outlets and a pedestrian walkway set within a carefully designed green landscape. 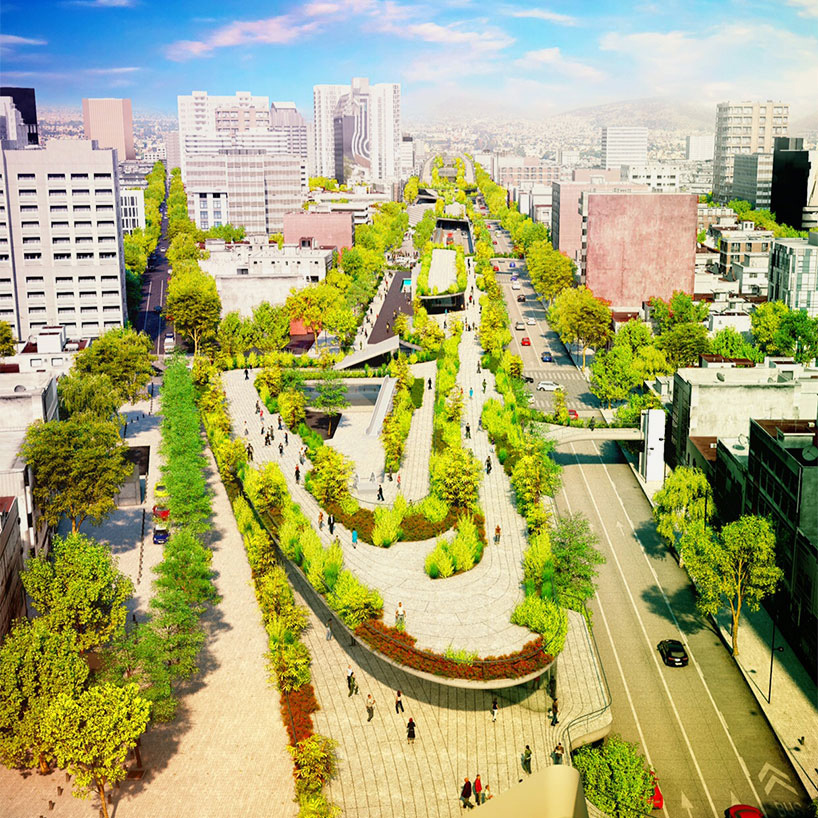 the linear park will be positioned on avenida chapultepec

evidence suggests that the road was originally built in 1532, dividing the indigenous neighborhoods of san juan and san pablo with a canal bringing water into the region. during the mid 18th century, water flow ceased and the structure remained as an abandoned viaduct. in 1847, invading american troops used the street to conquer the capital, with the subsequent battle resulting in defeat for the mexican army. the country’s first electrical tramway ran along its path in 1900, and in 1972 the first subway line opened. 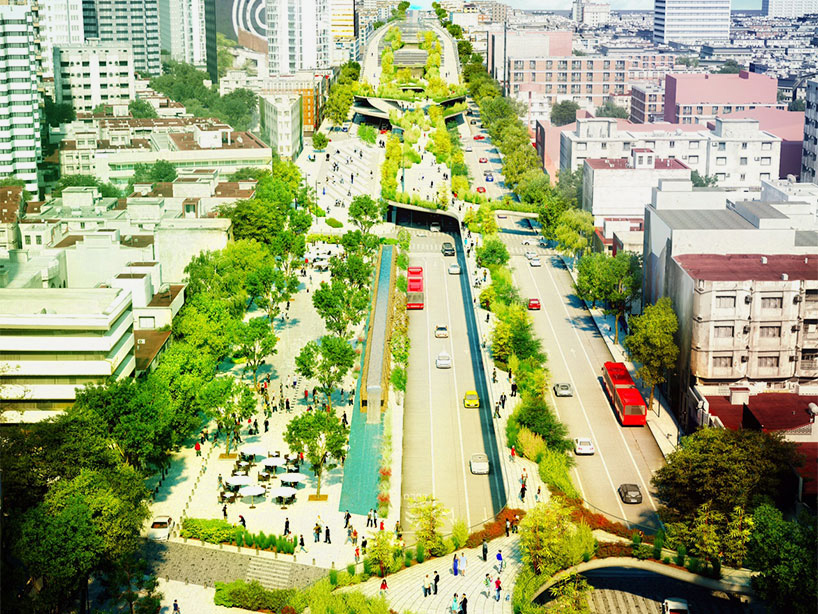 however, modernity also brought disfigurement and negligence. the oldest fountain in the city remains unnoticed among the selling stalls next to the subway station, while only 22 arches of the original aqueduct remain intact. the street also has one of the highest accident rates in the city, and is difficult to cross for both pedestrians and cyclists. consequently, the government of mexico city proposed a revitalization of the site through the construction of a linear park named the ‘corredor cultural chapultepec’. the parties in charge are fernando romero of FR-EE, FRENTE arquitectura and RVDG. 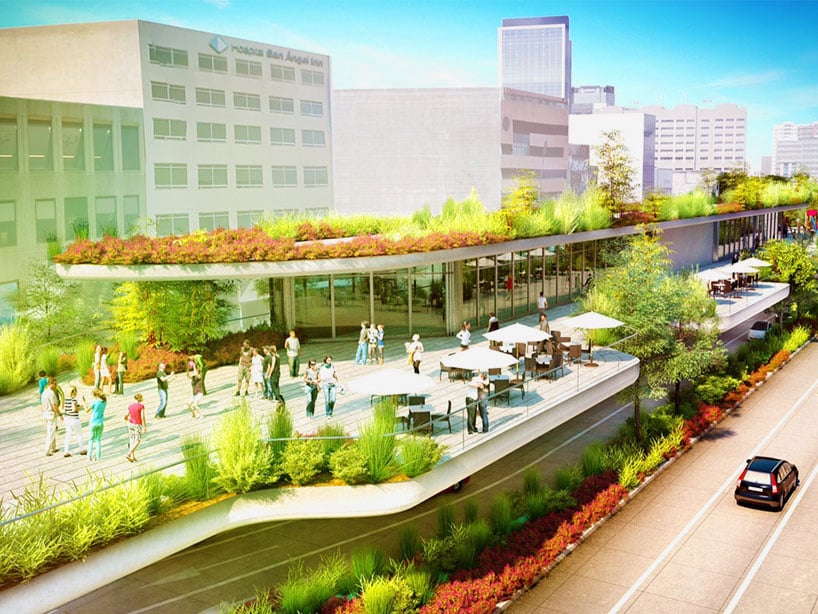 upon unveiling the design, fernando romero spoke with designboom español.

designboom: fernando, please start by explaining the design of the cultural corridor chapultepec.

fernando romero: in this corridor, the presence of the water was crucial for the planning of the urban structure. we thought that it might be interesting to work on a geometry inspired in the fluency of the water, because the park solves — in the most efficient and continuous way — the pedestrian connection between the different contexts of the city. in this sense, it represents a very fluid and liquid architecture.

DB: in what sense is the project a ‘cultural corridor’?

FR: mexico is a country with a strong cultural tradition. the cultural agenda for this project goes back to the vision of the government. for them, the historical aqueduct is an important topic. but it also evolved into a chance to celebrate the different arts, in which mexico is a global player, for instance in literature and cinema. 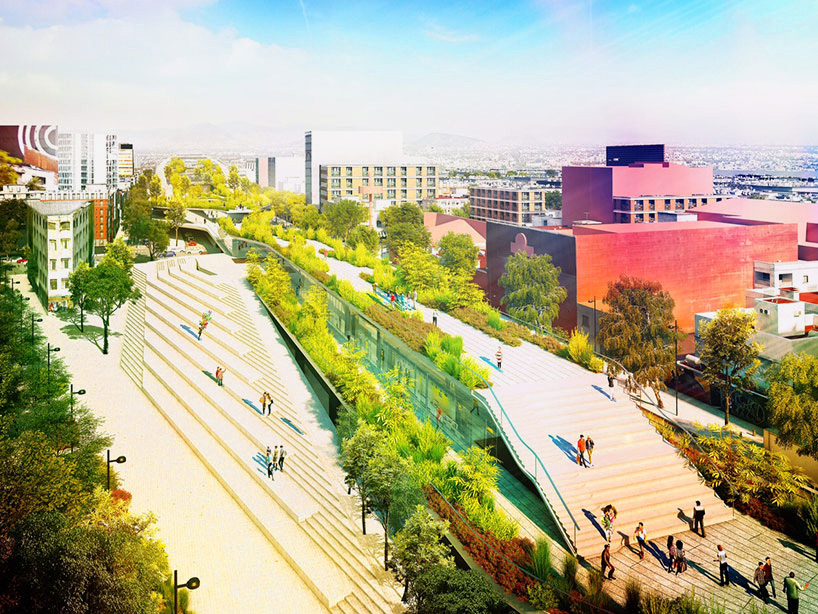 the elevated design cuts through the heart of the city

DB: how can an equilibrium be reached between preserving the historical value of this street and the necessity of modernizing it?

FR: in urbanism, the term ‘complete street’ means to reshape the traffic flow and the public spaces. this project inverts the numbers: if nowadays there is a 70% of the area belonging to the cars, and 30% to the pedestrians, the cultural corridor chapultepec is going to change these numbers by generating a new space, still inexistent, in order to have a 70% belonging to the pedestrians and for public use and the remaining 30% for the organization of the traffic space. 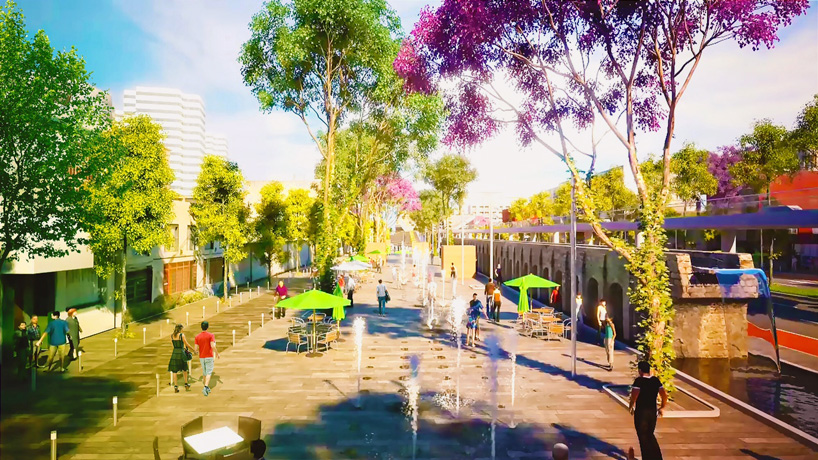 the plans reference the fluency of water

DB: how will the new corridor become a meeting point for the neighbors of the surrounding areas, which happen to be the most avant-garde in mexico city?

FR: architecture is always the result of its context. in this sense, the project is going to be enriched by its particular location within the city. it is placed in a very important spot for the city, bordering the perimeter of condesa-roma, on the one side, and the zona rosa on the other side. these neighborhoods possess a great presence, a strong identity, a sound history, and a rich diversity. all this will determine the experience of the project.

DB: please tell us about the ecological program of the project. what will happen with the trees?

FR: we aim to double the number of trees. today there are 269. moreover, we will enrich the landscape with a new green palette, with plants which could perfectly adapt according to their characteristics. 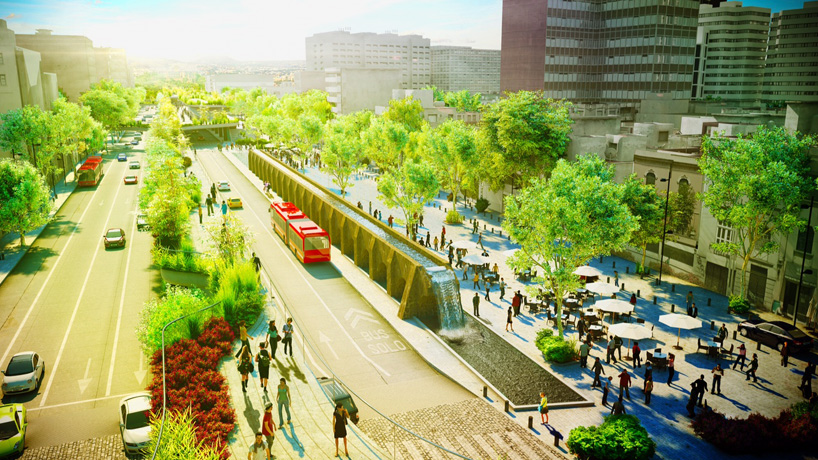 the number of trees on site will be doubled

DB: is there a project elsewhere which might be a reference for this one in mexico city?

FR: recently, seoul has undertaken many projects with the idea of creating public space, while respecting the existing, often-difficult-to-manipulate infrastructure. an example is the subway, which runs below this whole area, plus the specific conditions of this subsoil, which is very smooth, since it is located on a transition zone of the former lake of texcoco.

DB: how does this project contribute to the concept of a ‘modern city’? 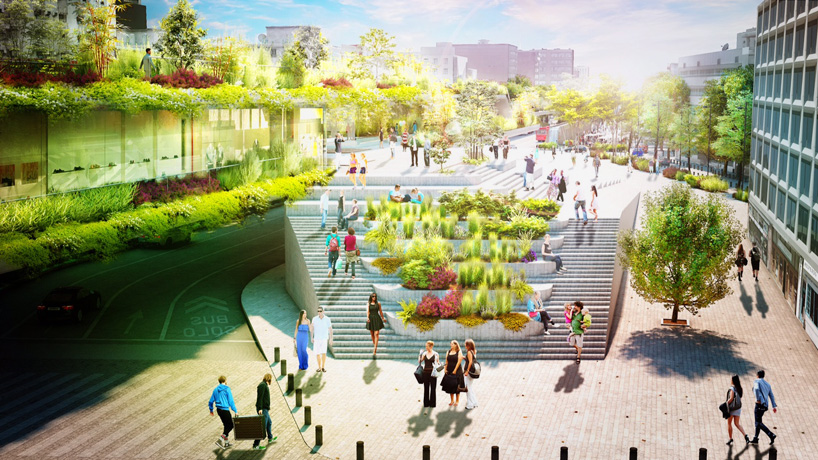 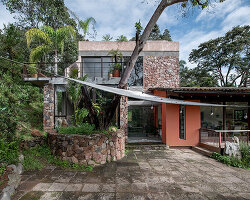 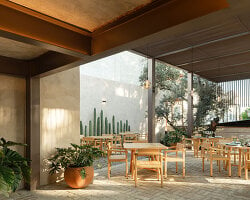 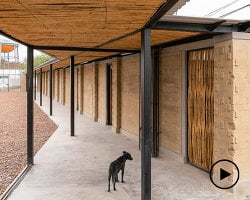 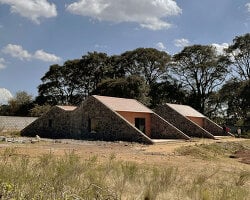 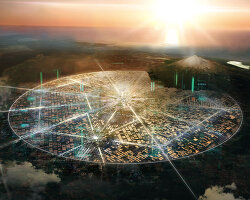