architect francis kéré has unveiled plans to build an educational campus in kenya for the organization of president barack obama’s sole living grandparent. the mama sarah obama foundation (MSOF), recently launched after a lifetime of service towards orphans of AIDS/HIV, focuses on feeding and educating children and impoverished families. 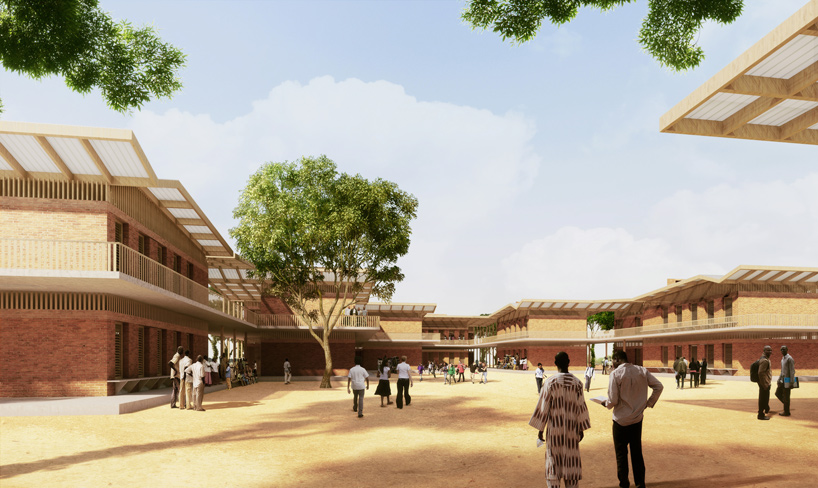 the schools are organized around central courtyards

the ‘legacy campus’ is planned for the kenyan village of kogelo — the birthplace of president’s father. the $12 million USD project comprises an early childhood development center, primary and secondary schools, a vocational training school, and will eventually include a hospital. the campus will primarily serve the community of kogelo — and its 3,600 residents — but will also be a major educational resource for surrounding rural villages. 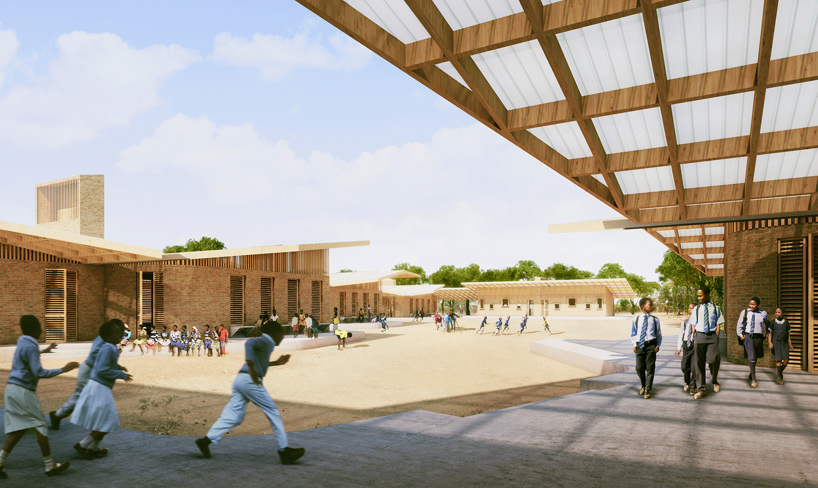 the project seeks to promote a sustainable approach to community-strengthening and education. each school is specifically designed for its age group with appropriate libraries, playgrounds, and sports fields. through the creation of educational environments that promote curiosity and critical-thinking, the scheme encourages students students to learn skills that will benefit them beyond the classroom. 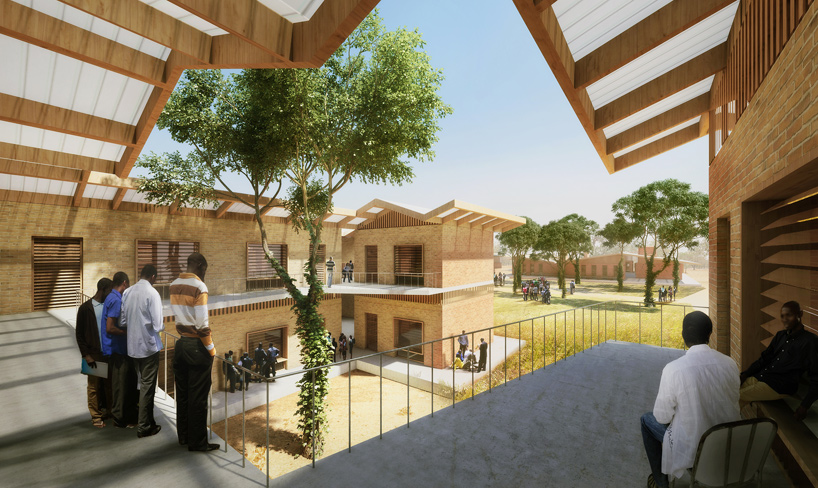 the view from the male dormitory

although the schools operate independently, they are united through a variety of shared public spaces; including an auditorium, various sports fields, and a cafeteria. these areas will host assemblies, celebrations, and sporting events, for both the schools and the community. 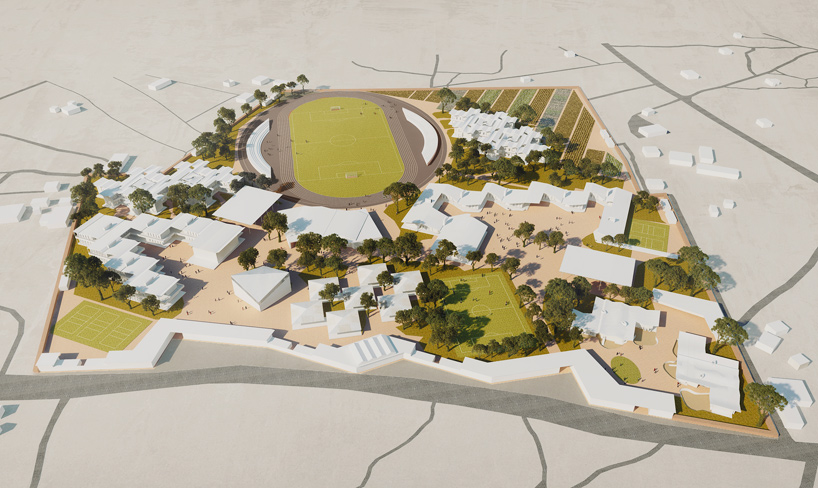 the entire masterplan shown from above

the goal for the first round of fundraising is $250,000 USD. this amount will be used to build the early childhood development center, while the second phase will consist of rehabilitating the existing barack obama primary and secondary schools, named after the current US president. 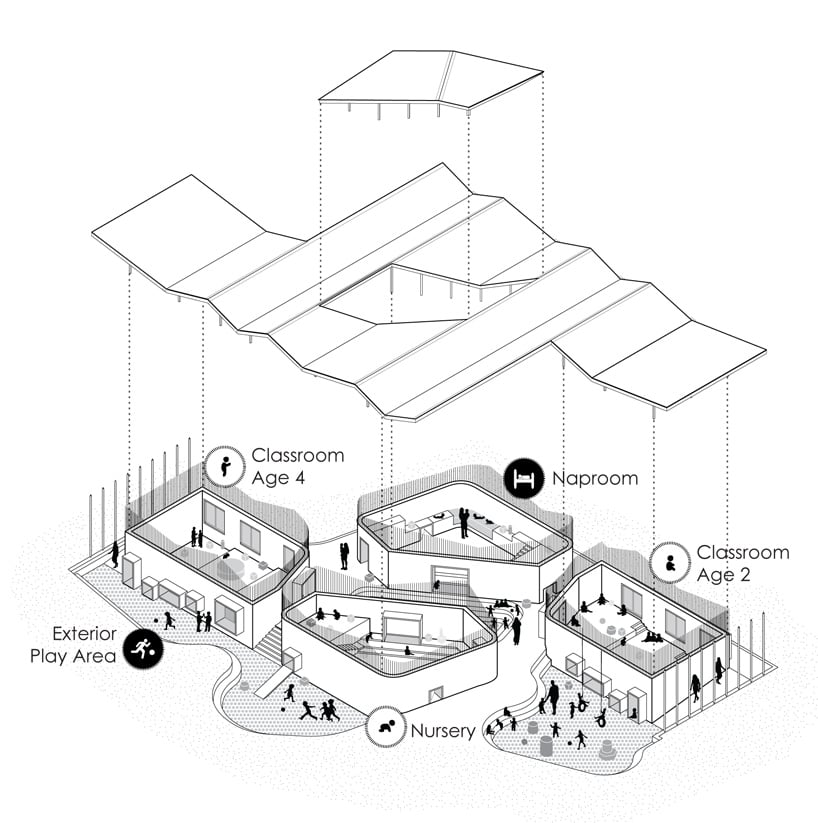 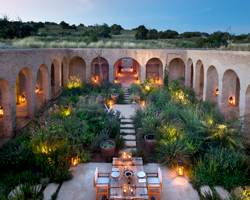 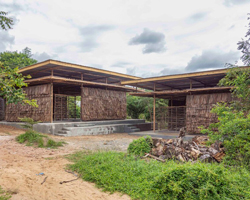 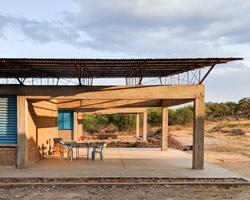 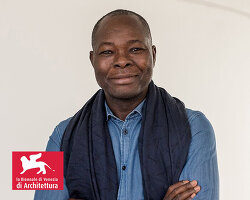 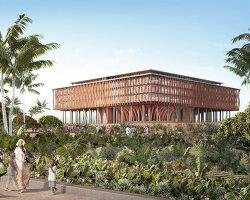