french interior designer françois champsaur has transformed a bourgeois apartment near the trocadero neighborhood in paris into a modern and strong living space. the 500 square-meter home explores volume, materials and a certain form of void which leaves space for light and emotion. in it, high ceilings and long corridors lined with rooms are aligned around a U-shape. views of the eiffel tower can be seen from one side while an internal courtyard is present on the other. 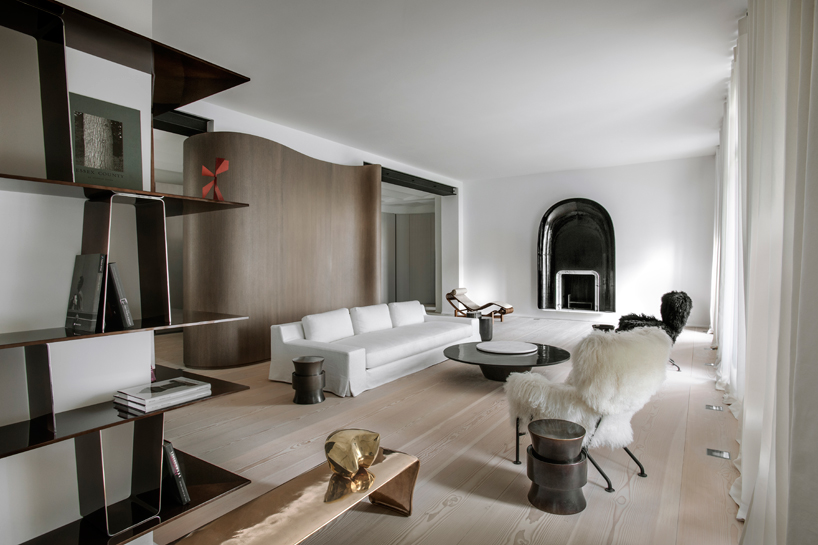 the apartment has 500 square meters
all images by bernard touillon

‘I wanted to pull this setting out of the past and transform it into something powerful and timeless,’ comments françois champsaur. ‘I wanted to strip things back to basics by focusing on strong details which have more in common with architecture than interior design.’ 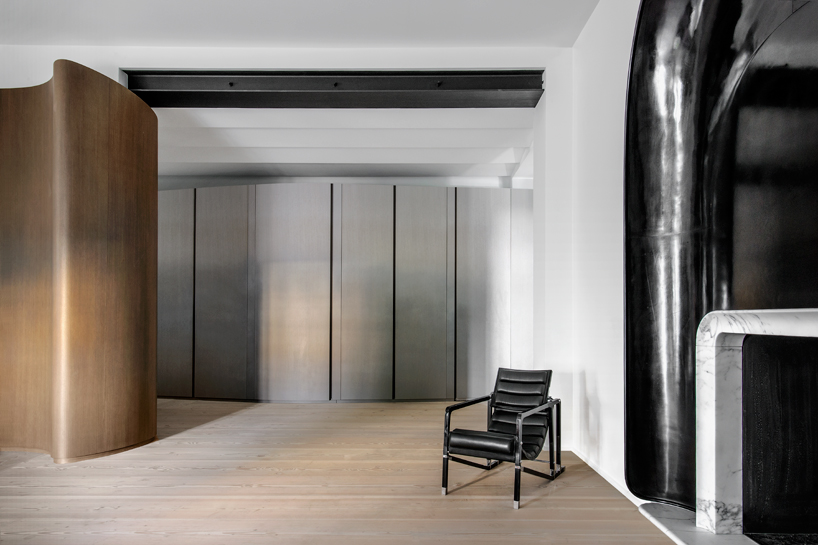 the room divider has been made in stained oak, fading from white to gray

in order to detach the apartment from its turn-of-the-century bourgeois look, françois champsaur removed the false ceilings dating to 1970 and replaced the parquet with six-meter long pine boards. the resulting design evokes japanese architecture where the void is the most important space; it reflects the change in time, light and scent. ‘what I like about working in architecture is bringing out a place’s soul, its meaning, a sense of inclusiveness to create something that is both lived in yet modern,’ comments the designer. 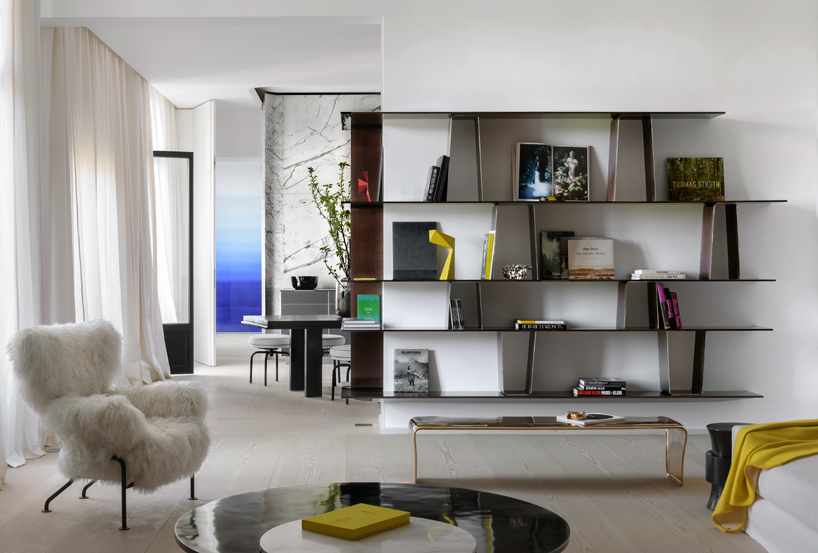 the rooms were given a sense of continuity and light was enabled to play with the different shapes. the layout was completely reworked, resulting in a succession of powerful and light minimalist spaces. the corridor was opened out into the lounge and the kitchen and onto the dining room. curved walls and doors are introduced all around the apartment, soothing the lines and enveloping those who visit it. at night, the rooms are lit from the floor, giving an indirect and calming light. 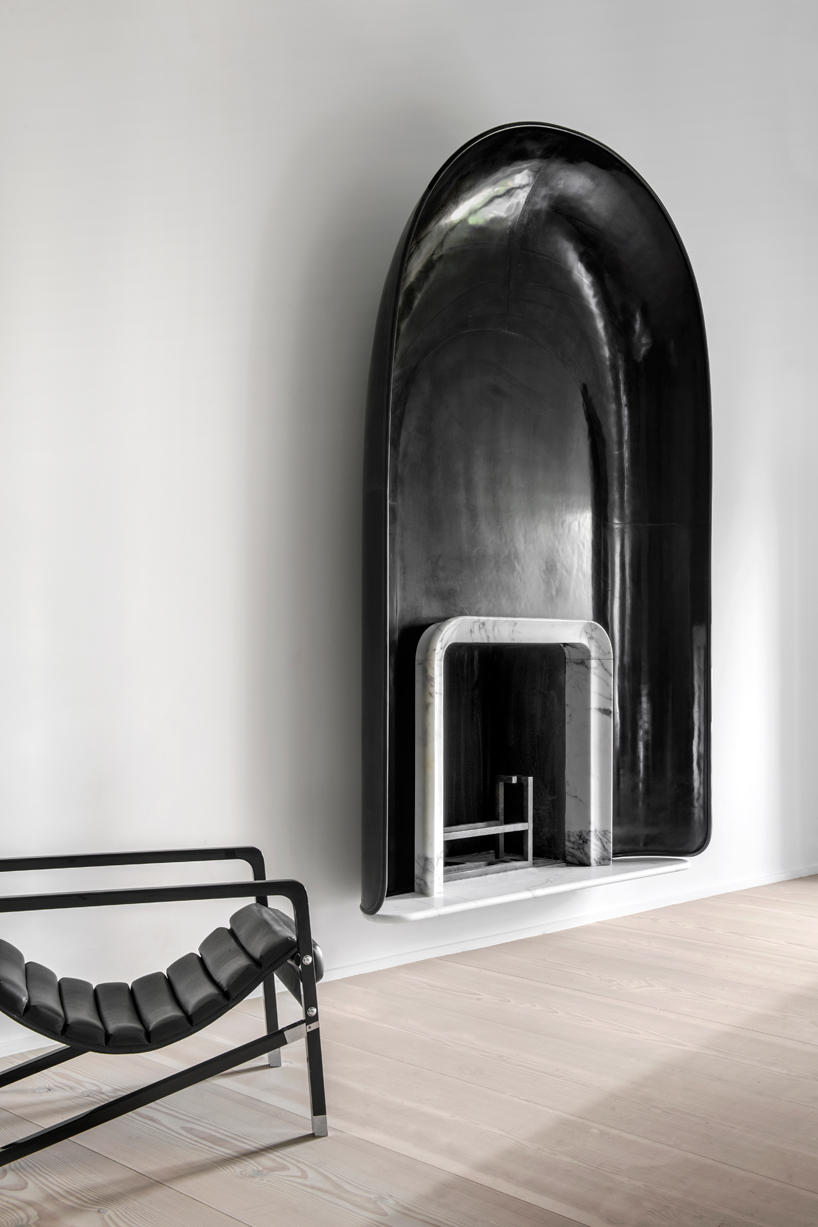 curved lines set the flexible and smooth mood of the apartment

‘the idea was to create a sort of completely redesigned large box,’ continues champsaur. ‘a sort of roman villa where architecture alone is all you need.’ 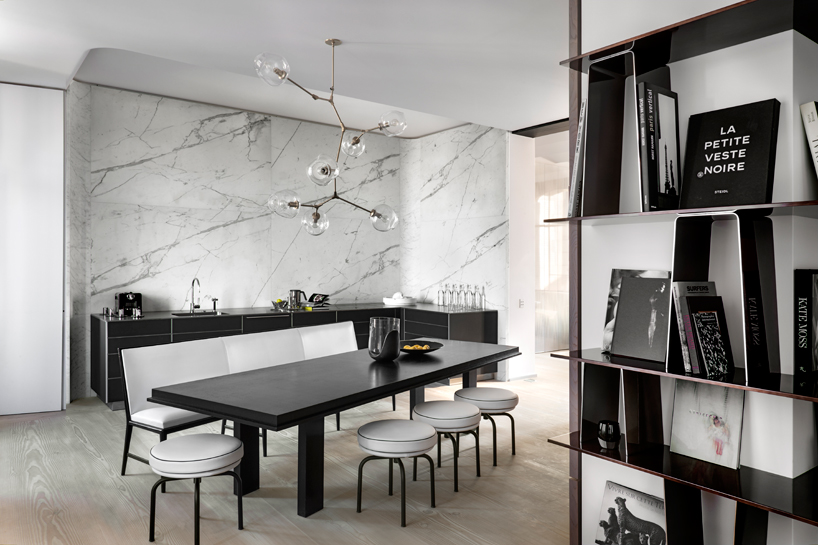 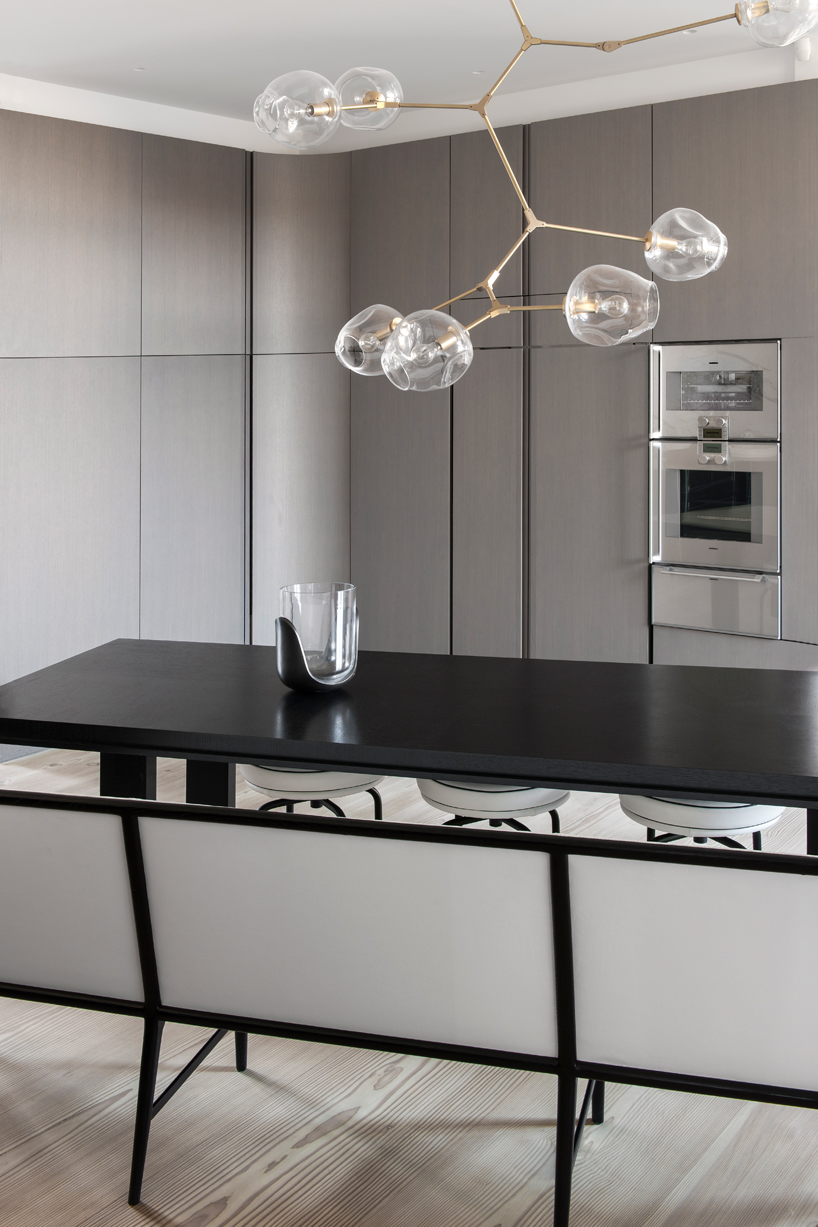 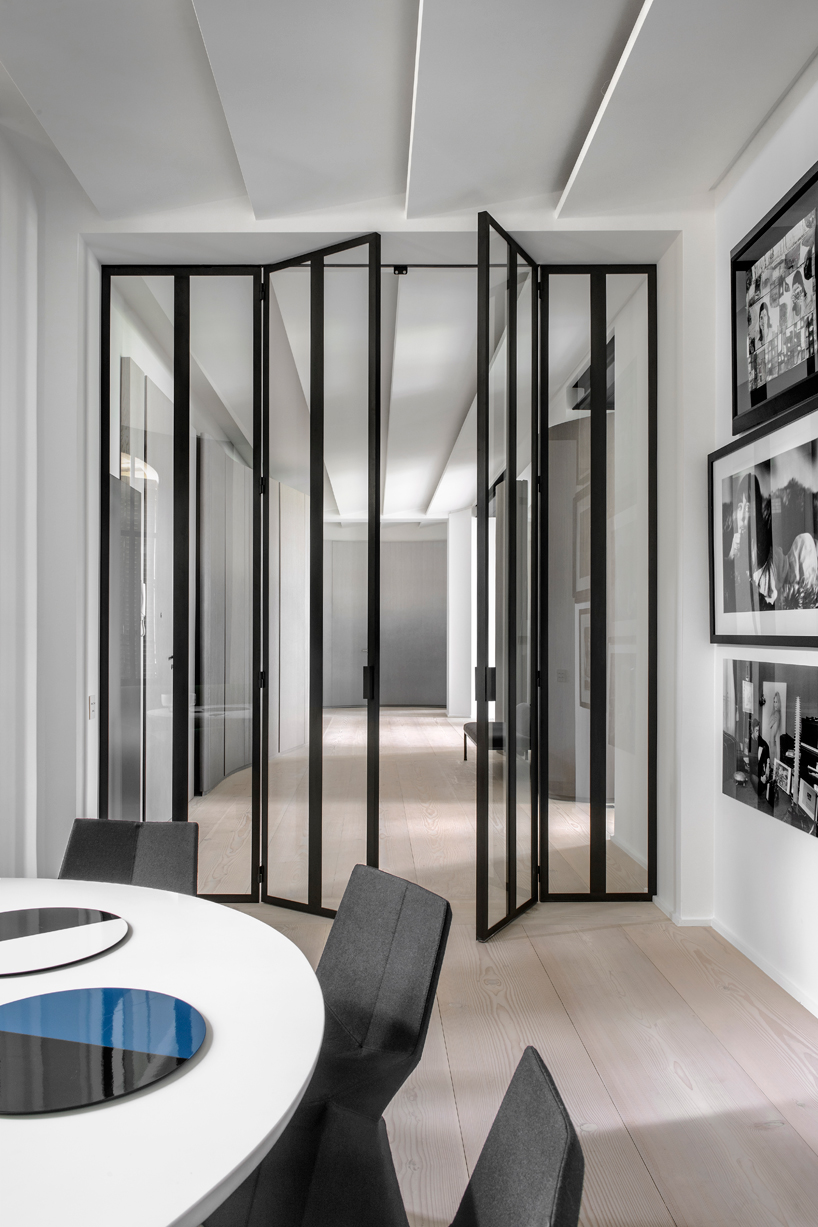 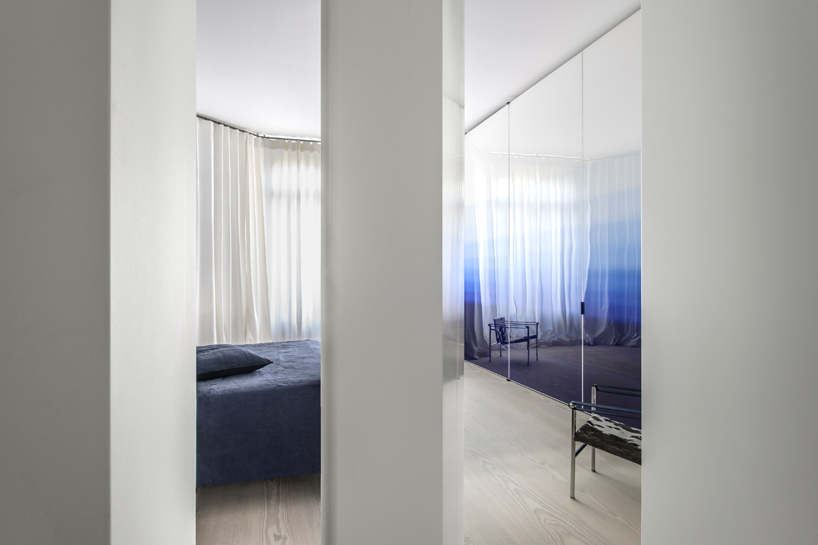 a blue palette has been chosen for the bedroom, reminiscent of the sea 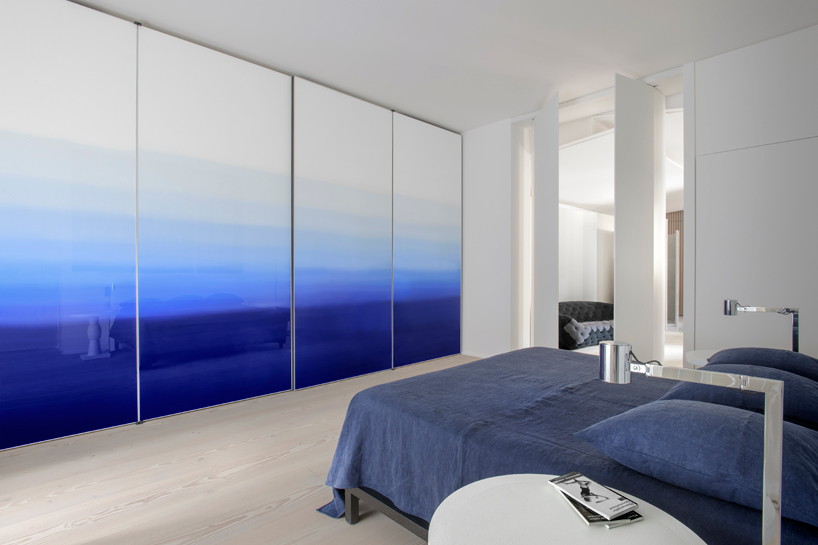 panels have been used to cover up closets and TV’s 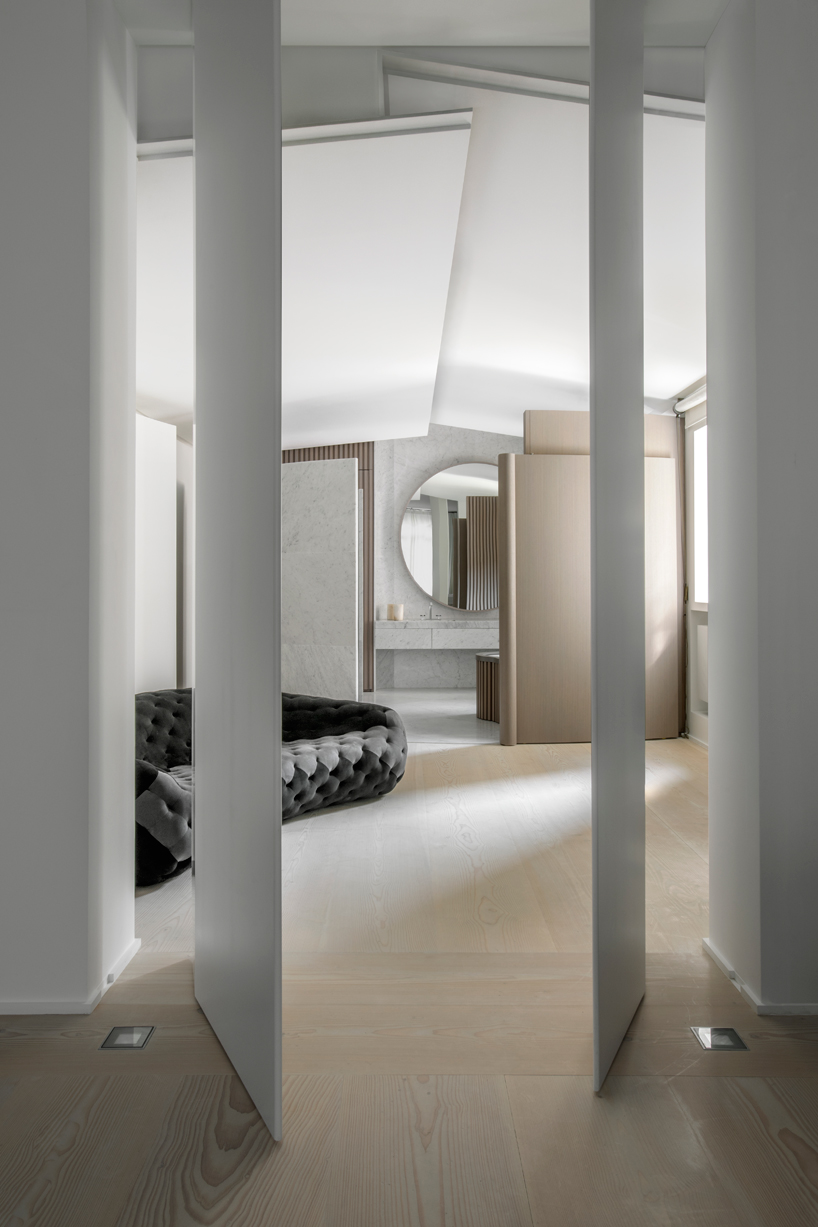 the bathroom is equipped with curved walls made of carrara marble 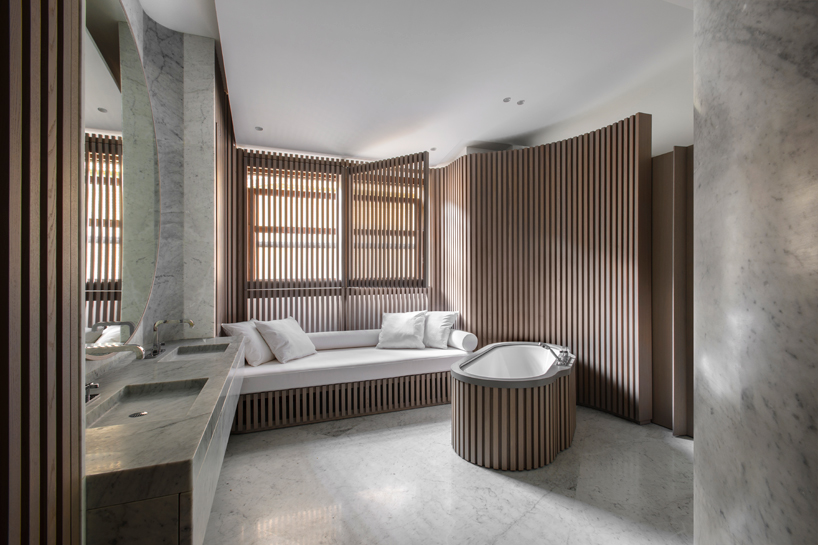