the new plans for the future artistic and cultural revitalization of downtown toronto have just been unveiled. the entertainment district redesign consists of three sculptural, iconic towers designed by international architect frank gehry and art mogul david mirvish, as the first project gehry will fully construct in his hometown. updating the arts and entertainment block in the downtown area, the three buildings will take the place of the princess of wales theater and adjacent housing blocks and will consist of two six-storey stepped podiums topped by three residential towers ranging in height from 80 to 85 levels, with the new 60,000 square-foot mirvish art collection space in the bottom atrium, the preservation of the royal alexandra theater, and the new OCAD university facility, covered in green terraces that face king street.

architect frank gehry describes his experience with the project:

‘it is very special for me to be able to work in toronto where I was born and to engage the neighbourhoods where I grew up. it’s especially interesting that this project involves the arts. that is always meaningful to me. with this project, I wanted to create buildings that were good neighbours to the surrounding buildings and that respected the rich and diverse history of the area. I also wanted to make nice places for the people who live in and visit the buildings. david has an exciting vision, and I am thrilled to be a part of it.’ 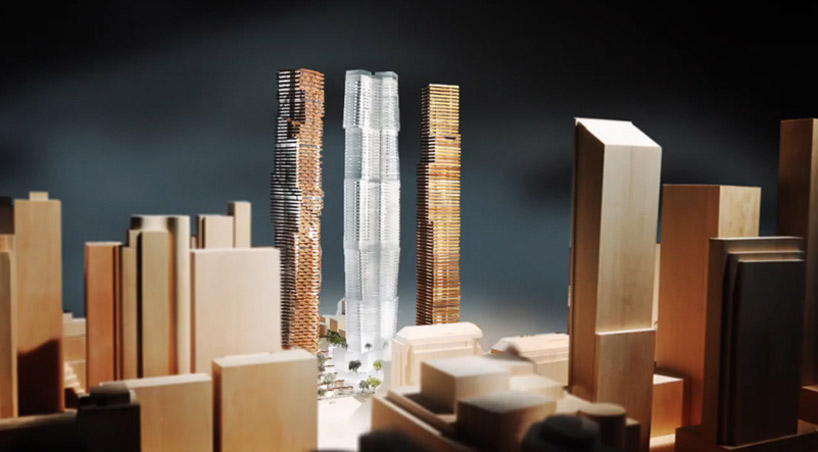 each spire resembles a series of offset stacked boxes which respond to the site’s vernacular and rich long-standing history, and will be the most significant addition to the urban skyline. the OCAD addition will house exhibition galleries, studios, seminar rooms, and a public lecture hall, and as president dr. sara diamond states, ‘we are a hub for art, design, media, research, innovation and the business of creativity, and this new facility, in the heart of a transforming cultural district, is a perfect setting for OCAD University.’ 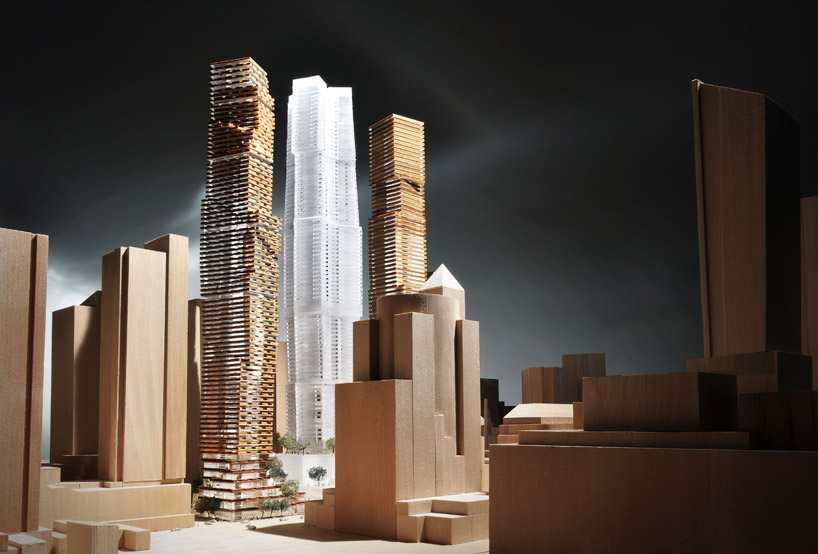 the project is currently in its initial design stages and represents more accurately the overall character of the buildings, while the actual forms and details will evolve slightly as the process continues.

david mirvish gives us insight into his approach to the project:

‘yes, we’ll have to face reality or we won’t be able to sell it but first let’s dream and make the best project we can — then we’ll figure out how we’ll build it in the most economical way, and then we’ll find out how to put it into people’s budgets so they can buy it.’ 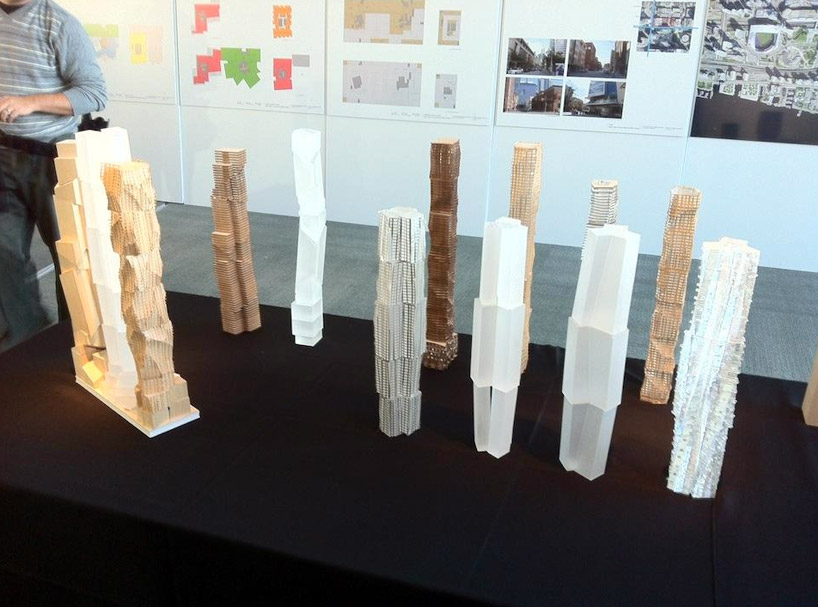 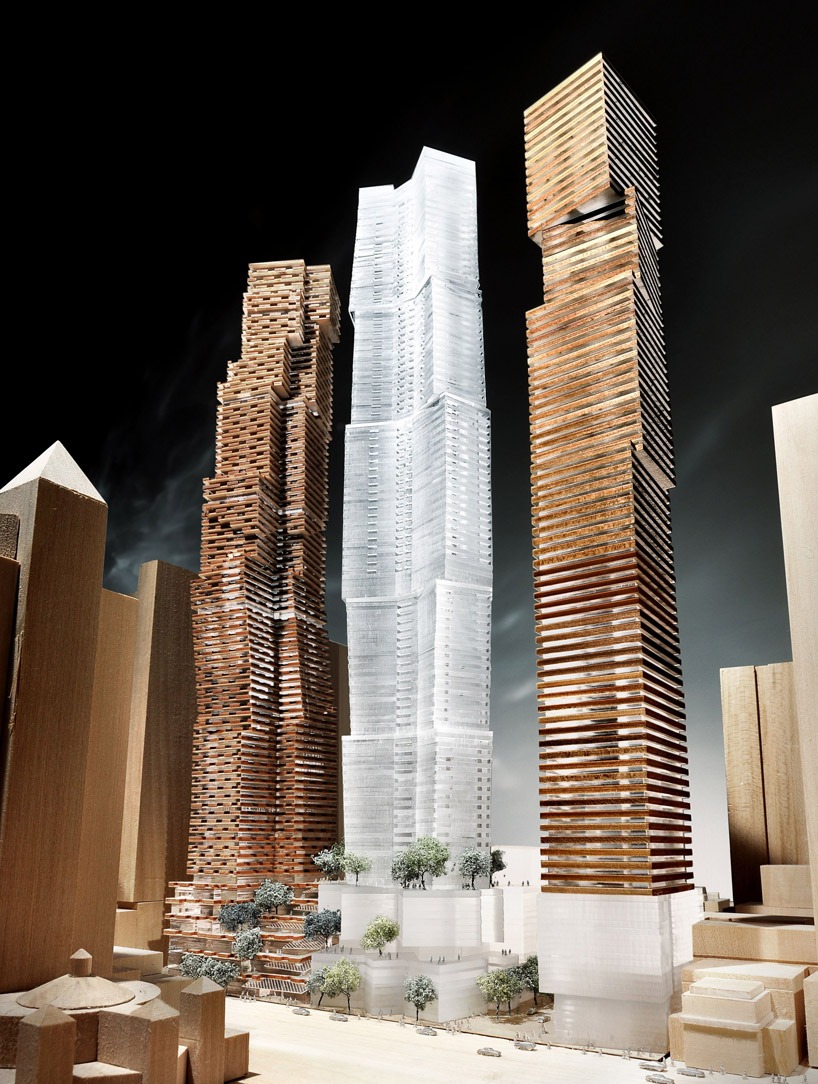 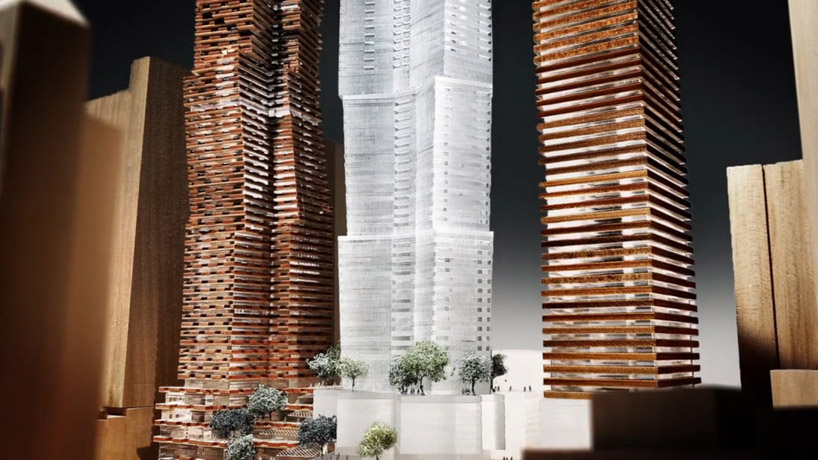 detail of the towersimage © gehry international 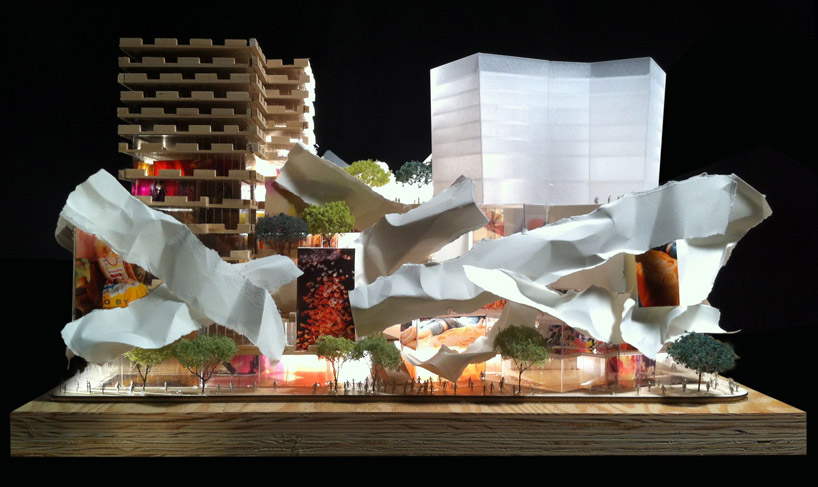 the podium at the base of the residential towersimage © gehry international 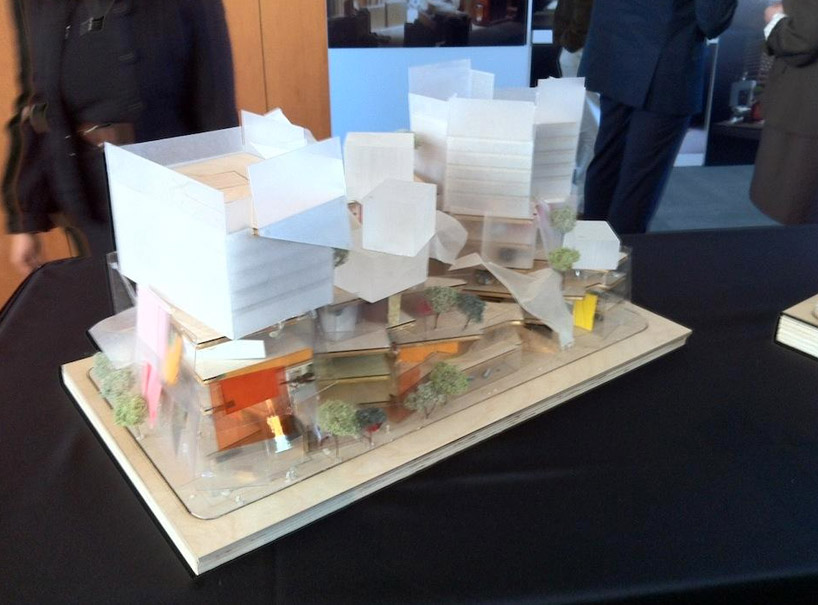 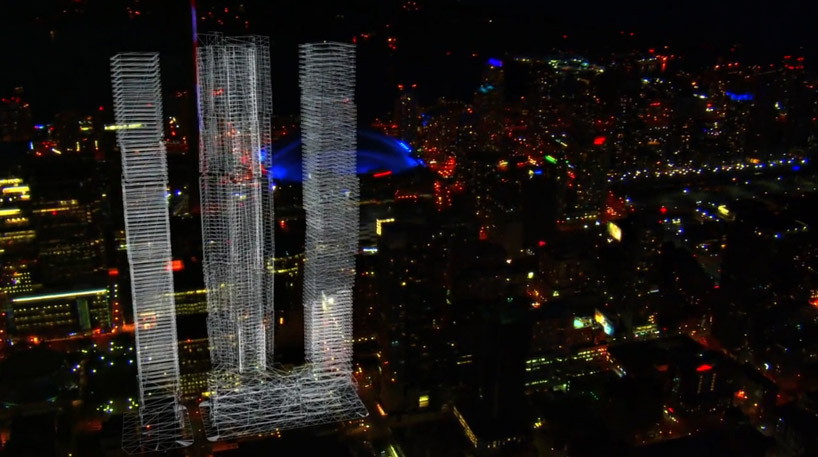 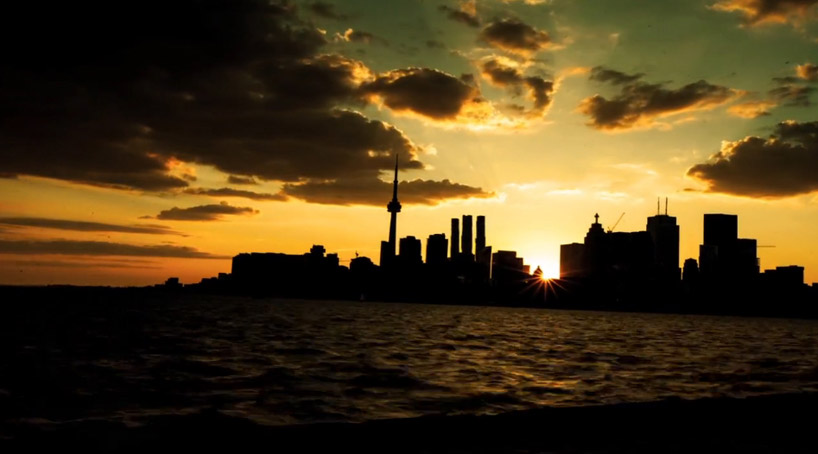