in the midst of facebook‘s plans to expand their corporate head office in palo alto, california, the social networking company has commissioned architect frank gehry to design an entirely new west campus in menlo park on a 22 acre site. based on a community-like environment that will host a park atmosphere, where a grass roof with a variety of native trees will become accessible by foot, the new development will connect to the current east headquarters via a tunnel, where the path will create a transit route for cyclists and pedestrians walking beneath the bay-front expressway.

the building itself will be a 10 acre (approximately 435 600 square feet) warehouse-type layout that will allow for employees to sit out in the open with desks that can be quickly shuffled around as teams form and break apart around projects. with construction planned to start in 2013, the new west campus addition will house approximately 6,000 people in the next five years, with over 1/3 being engineers. the new eco-friendly space will accommodate a series of outdoor cafes, barbecues, workbenches to complement the surrounding roof-top garden. 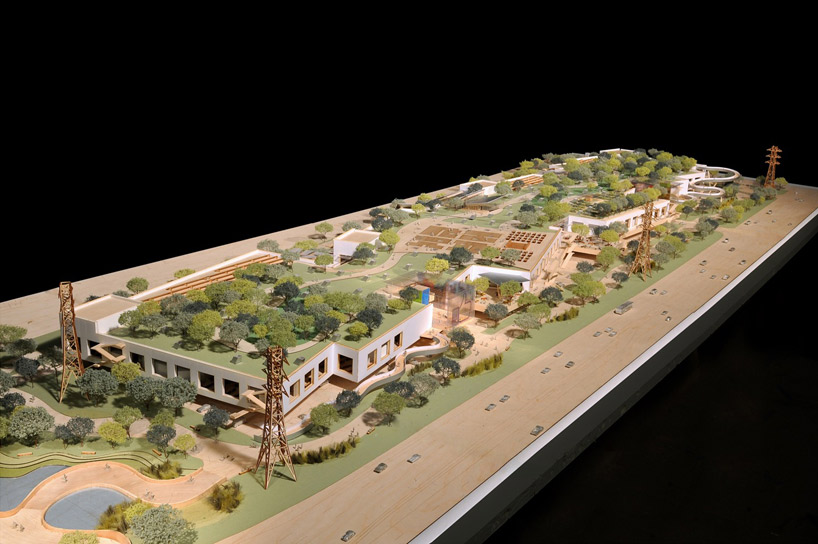 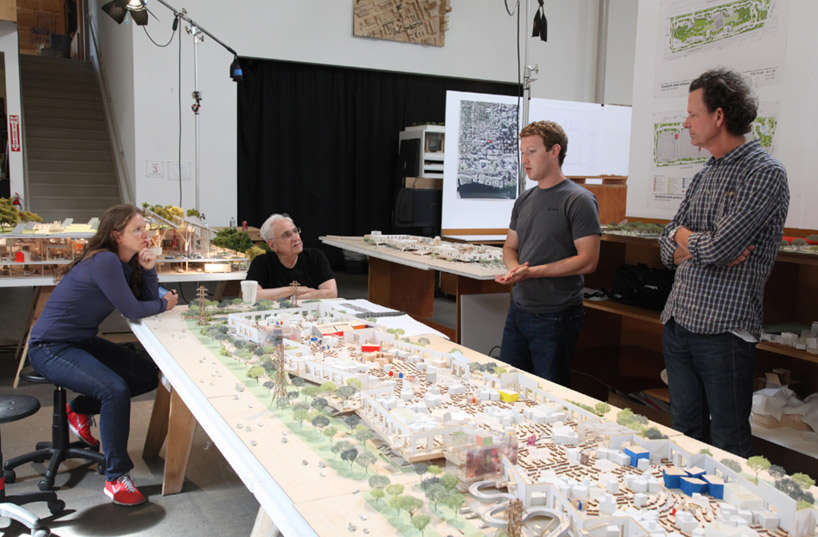 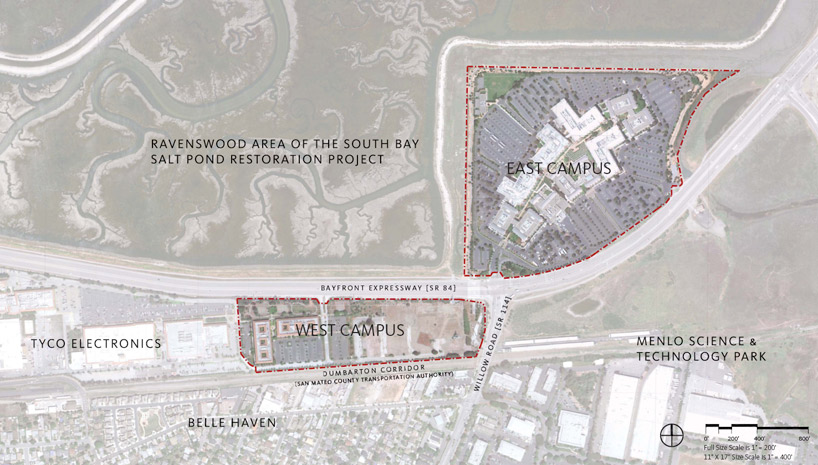 plan view of menlo park with the two campuses 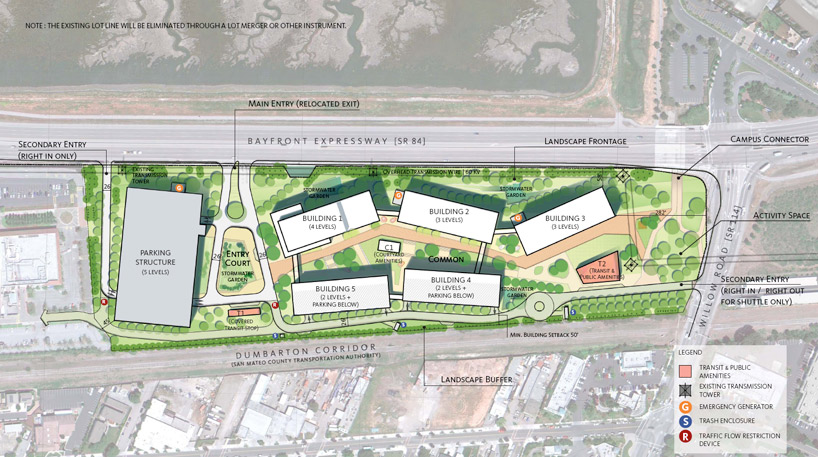 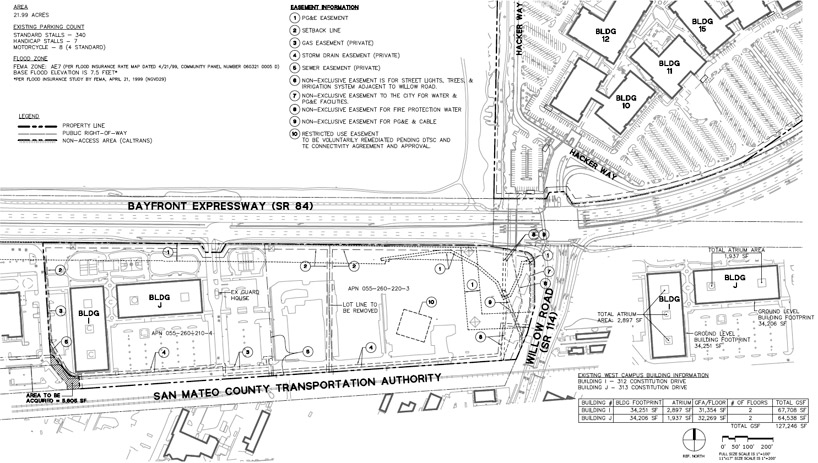 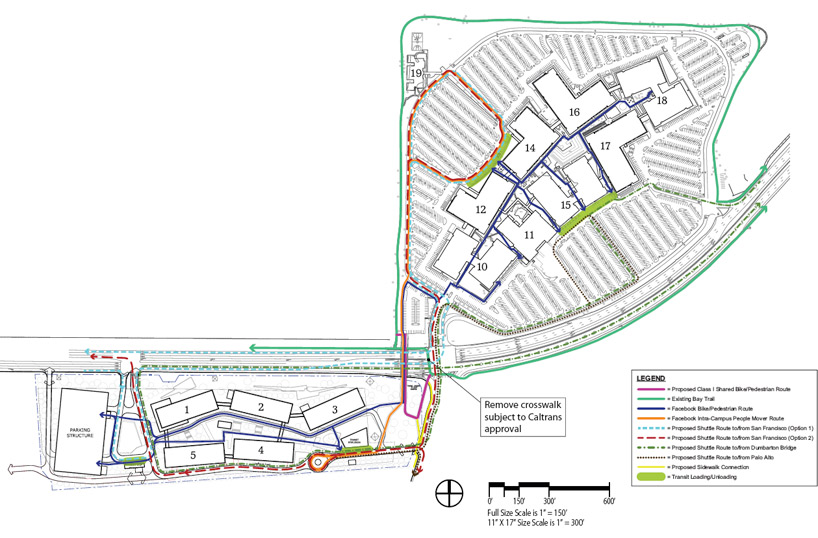