frank gehry has unveiled new renderings of ‘the grand’, a mixed-use development located opposite LA’s broad museum and the walt disney concert hall. although plans for the project have been in the works for a while, the unveiling of the new imagery coincides with the announcement that construction work is set to get underway later in 2018. once complete, the scheme will include a mix of retail, hotel, dining, entertainment, and residential components anchored by a central public plaza above five levels of parking. 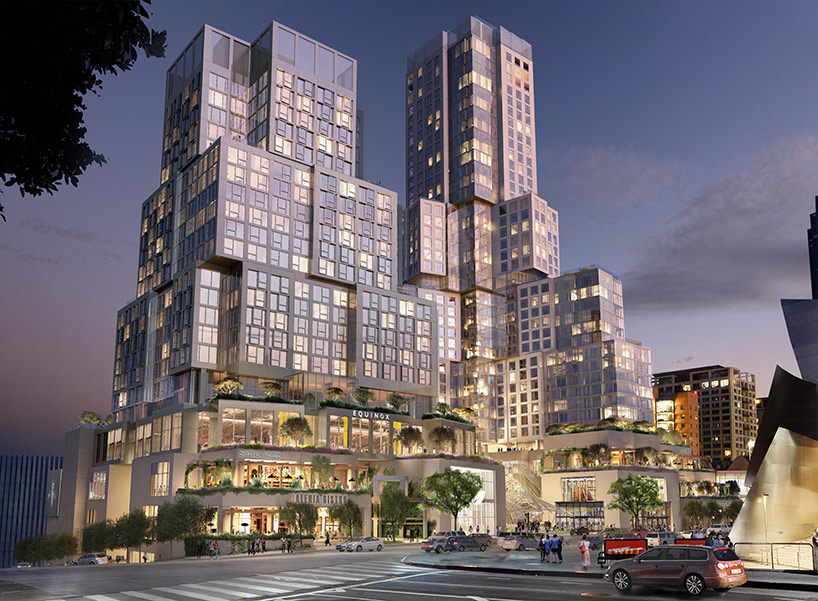 developed by related companies, frank gehry’s design features a range of restaurants and retail outlets located along a series of landscaped terraces. a movie theater complex and a 20-story, 314-room equinox hotel also form part of the plans. the grand’s residential component will be a 39-story tower containing a total of 436 units. the LA times reports that related will offer subsidized rents to low-income tenants for 20% of the apartments. with work on site set to get underway in the fall, it has also been announced that engineering company AECOM has been appointed the project’s construction manager. 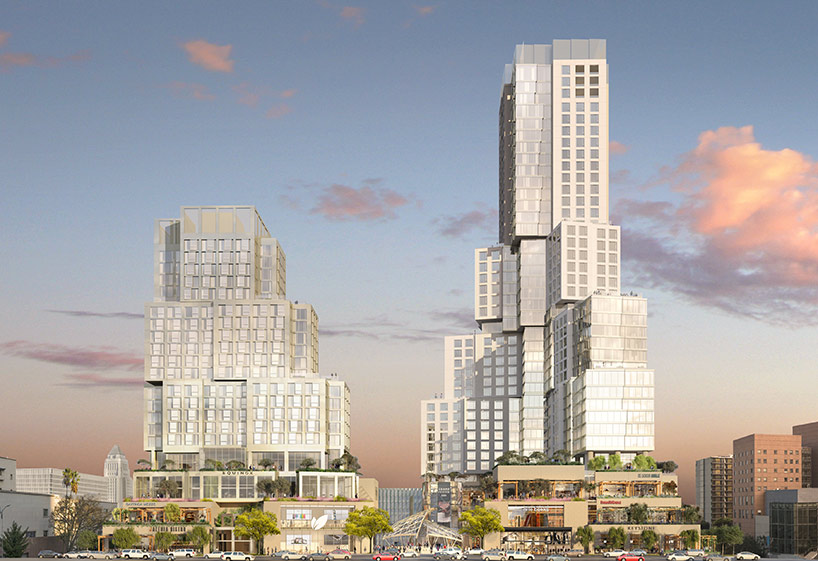 furthermore, the LA times describes how the walt disney concert hall, also designed by gehry, could potentially be used as a screen for light projections emanating from the new development across the street. ‘we selected the metal surface that tested best for projection,’ explains gehry. ‘you close that piece of grand avenue, put some chairs out there and you’ve got something special. we’re not just building buildings, we’re building places.’ the development is set to complete in 2021. 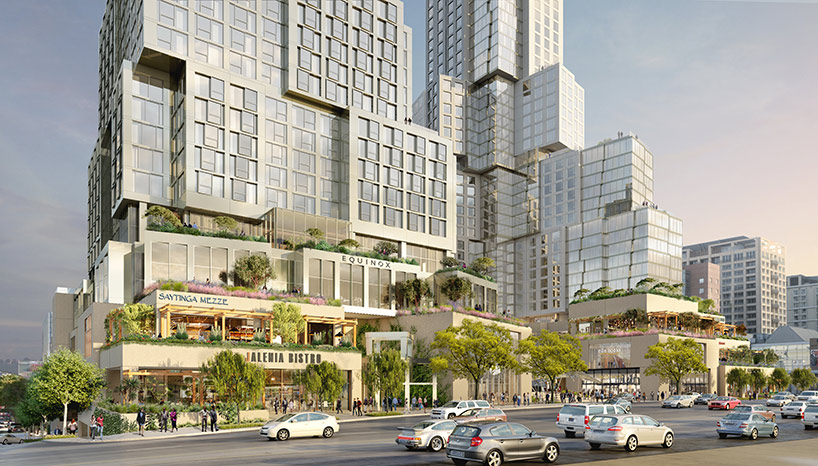 the scheme will include a mix of retail, hotel, dining, entertainment, and residential components 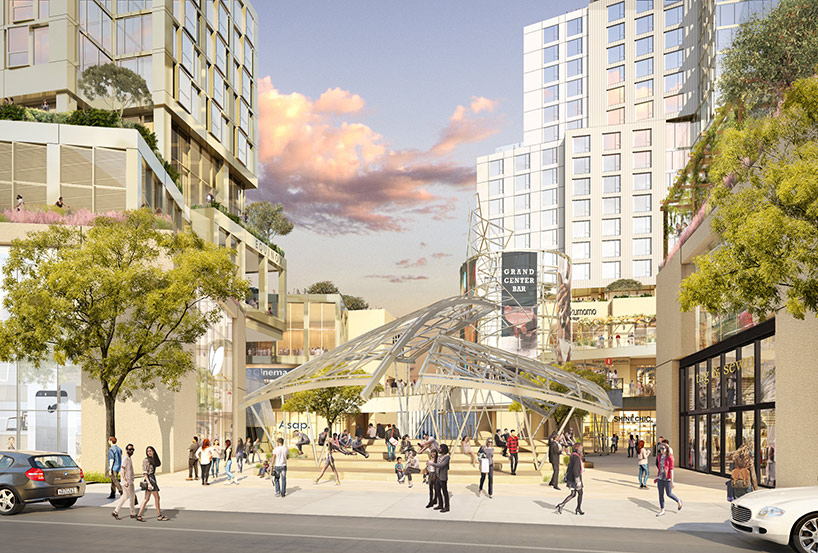 a central public plaza is sited above five levels of parking 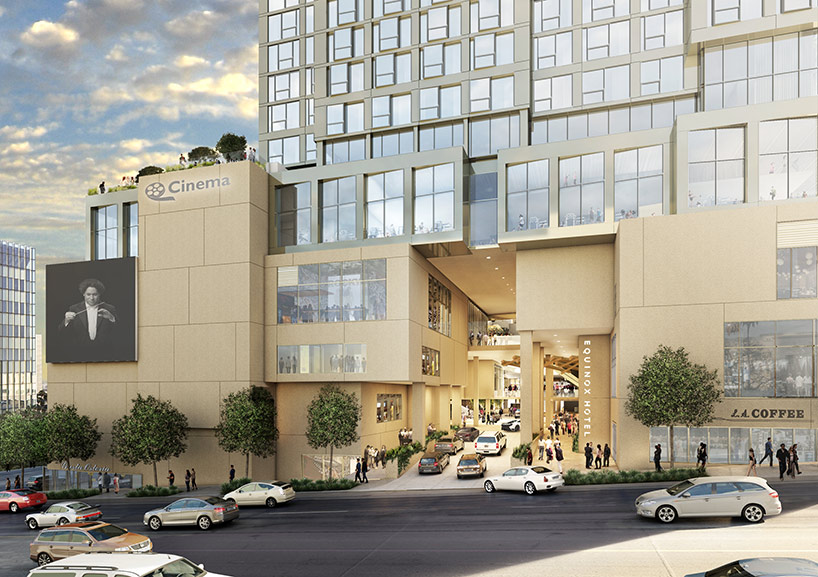 a 314-room equinox hotel also forms part of the plans 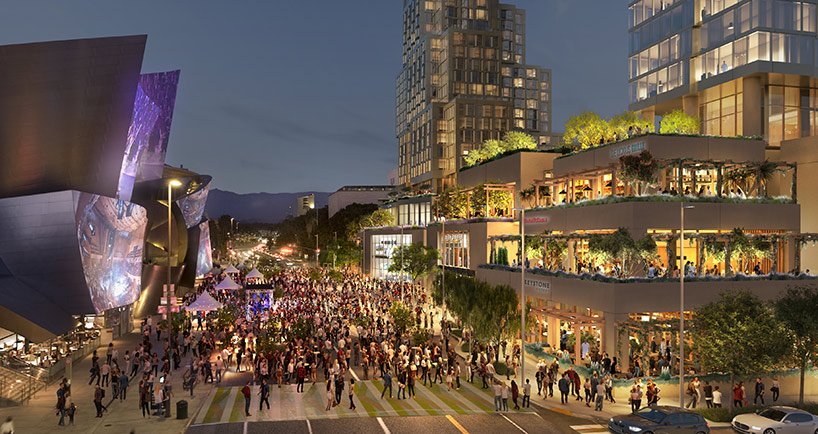 construction work is set to get underway in fall 2018