frank gehry has revealed a pair of performance venues designed to complement ‘the grand’, a major mixed-use development in downtown los angeles. the larger of the two halls is a glass structure that will contain a 1,100-seat concert hall. the smaller venue is an opaque 700-seat theater designed for dance, opera, and experimental performances. an adjacent plaza features a large video screen that can broadcast performances from inside the complex, or serve as an outdoor stage for live events. 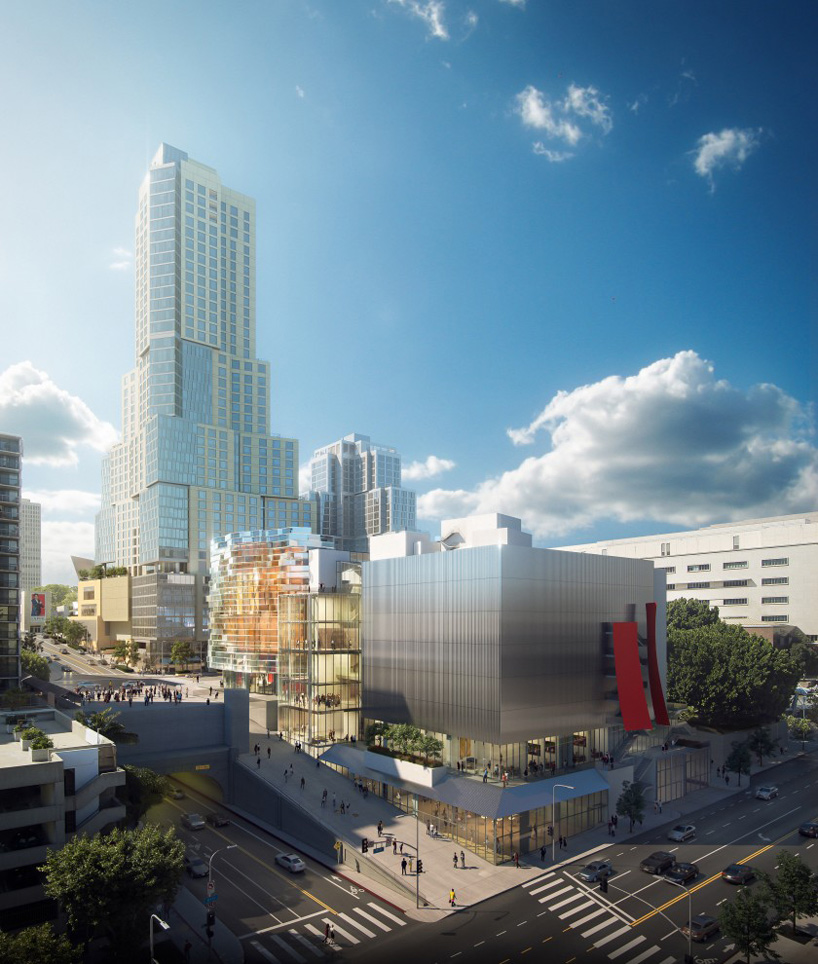 the frank gehry-designed halls would serve as an extension of the colburn school, a performing arts school with a focus on music and dance. the renderings were revealed by the LA times, who notes that fundraising for the project has stalled, despite construction work on ‘the grand’ moving ahead. urbanize LA adds that the two venues would replace surface parking lots, with the colburn acquiring additional space to make room for the outdoor plaza. read more about the plans for the $310 million USD project on the LA times here. 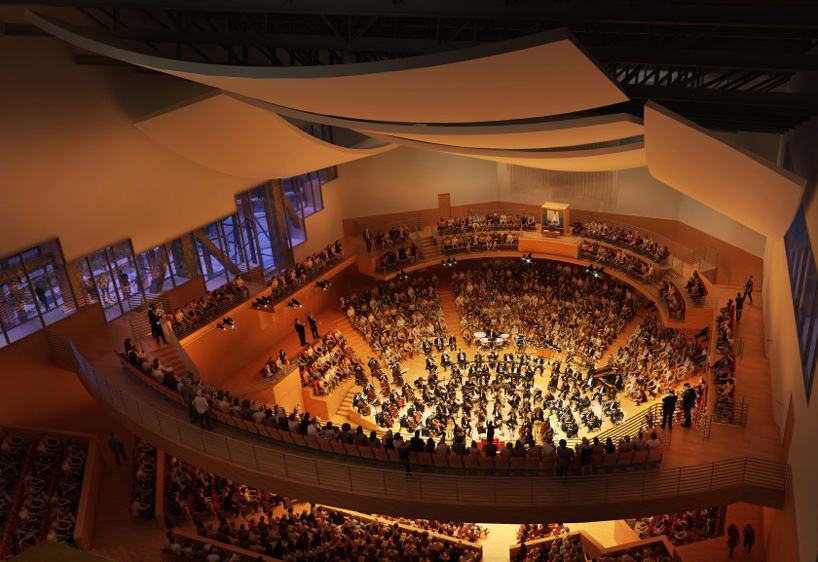 rendering illustrating the interior of the larger concert hall 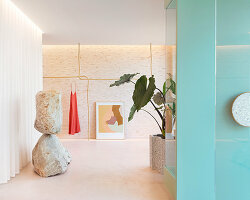 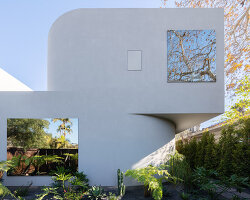