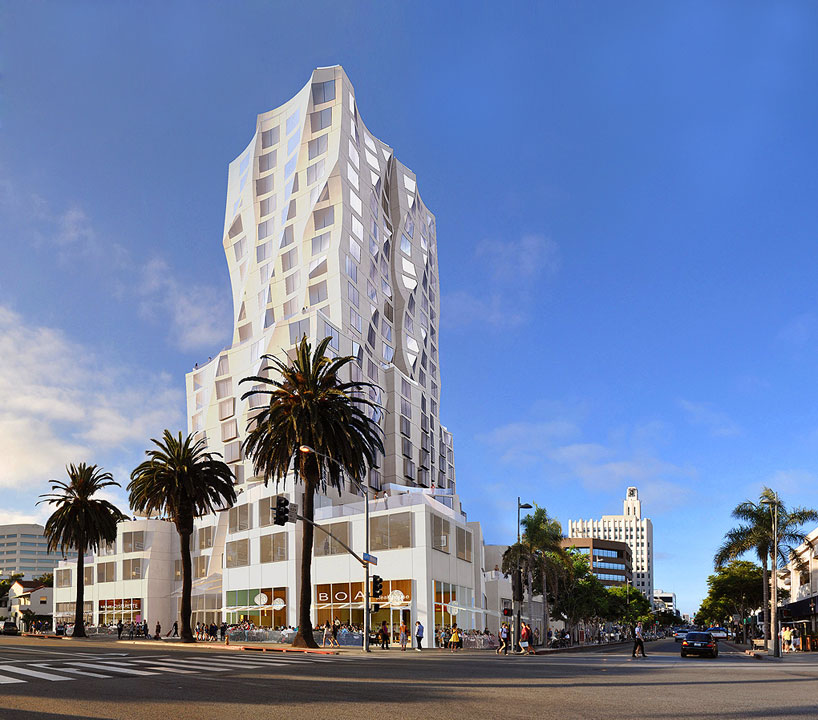 the city of santa monica will be voting in march 2013 on the approval of internationally-acclaimed architect frank gehry’s proposal for a new 22-storey hotel called the ocean avenue project. taking on a white façade to mirror those already established prominent buildings, the 244-foot tall tower will take up nearly two acres on the intersection of ocean avenue and santa monica boulevard, and will contain 125 rooms and 22 condos in a stepped-back vertical structure that reduces its visual girth, two stories of retail and restaurants on the street level, integrated public spaces with a rooftop observation deck, and a three-level subterranean parking garage.

if the project receives approval, it will be the first that gehry builds in his current home town in 25 years. the development is estimated to generate 72.7 million dollars annually in spending, create 1,394 jobs and four million dollars in tax revenues to the city, according to developers m. david paul associates and the worthe real estate group.

to the north of the site will be a museum adding a cultural component to the project, and across the street 19 rent controlled affordable apartments. the chiseled structure is not meant to be the final rendition, but to give the community a starting point and to start discussions on how to improve the aesthetic and function of the tower for the public. 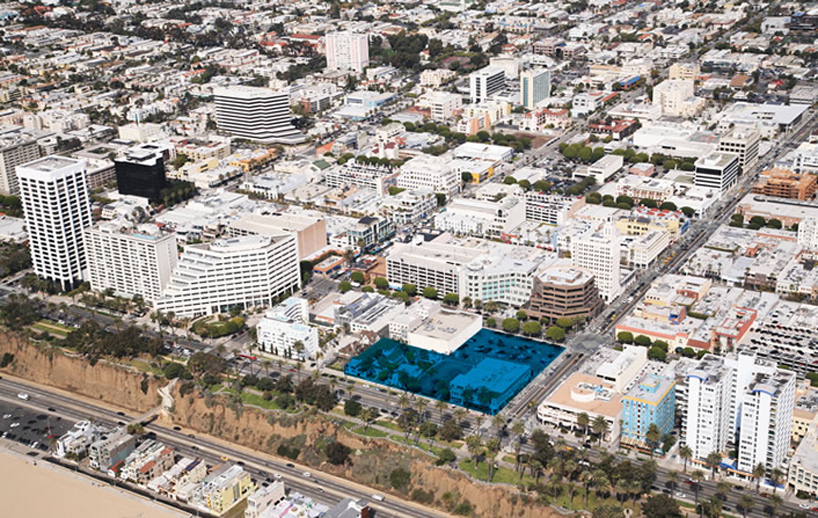