the charles and dorothy manson house, designed by frank lloyd wright in 1938 and completed in 1941, is currently on sale for $425K. located in wausau, wisconsin, the property is described as an early example of the architect’s usonian houses, a term coined by wright to describe his architectural vision of the united states. to adjust to the topography of the site, the house is built with multiple floor levels and ceiling heights, while its exterior is made of red tidewater cypress in a board and batten design and local red ringle bricks. 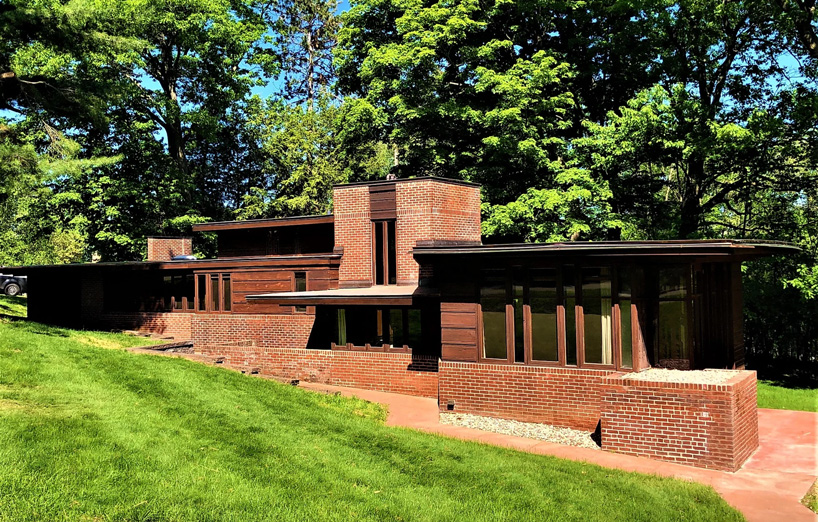 frank lloyd wright’s charles and dorothy manson house is situated on a cascading wooded lot on wausau’s prestigious and historic east hill neighborhood. the property contains four bedrooms and three baths, while wright’s signature perforated windows are present throughout the house. according to the listing, some suggest that manson is the first wright usonian house with custom perforated windows. 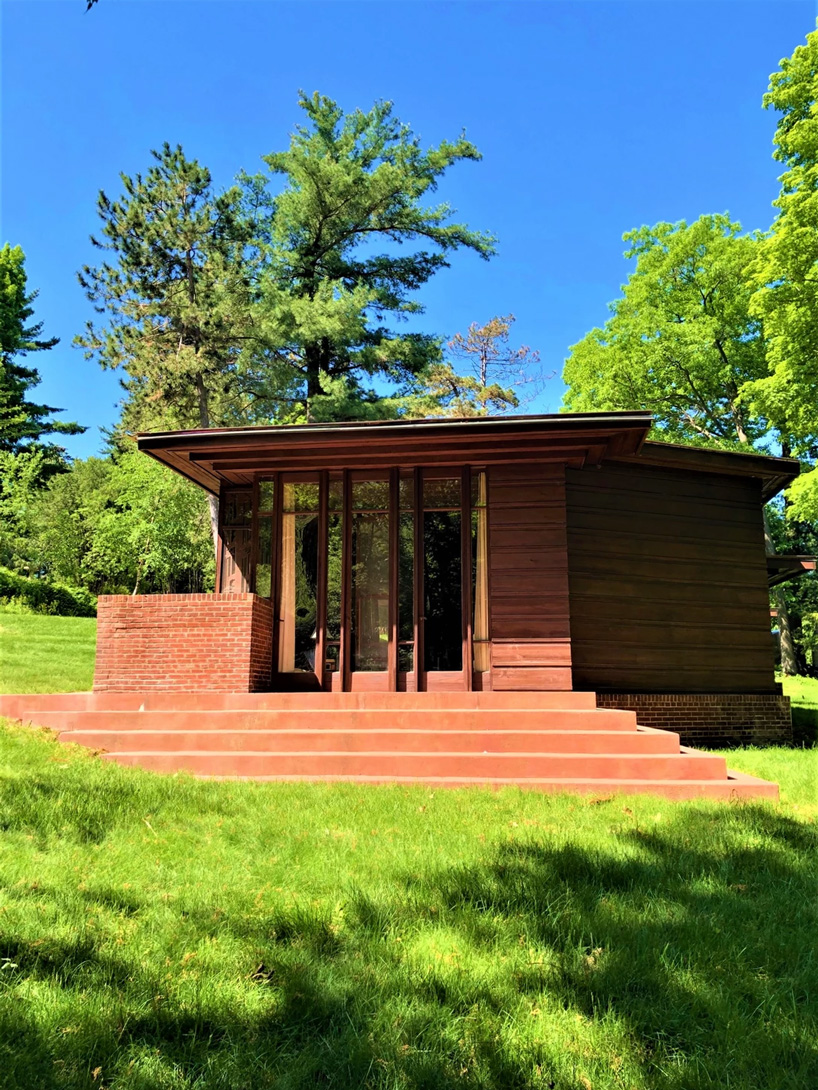 the house is built using red tidewater cypress and local red ringle brick, while the same materials are extended into the interior to bring the outside in – a common element in the architect’s later houses. inside, wright has implemented his signature technique of exposing guests to a more confined space with a lower ceiling height, then to an expansive space with a greater ceiling height. as such, the foyer, gallery, bedrooms, and bathrooms all have a lower ceiling height compared to that of the living room, giving people the illusion of a larger space than it actually is. 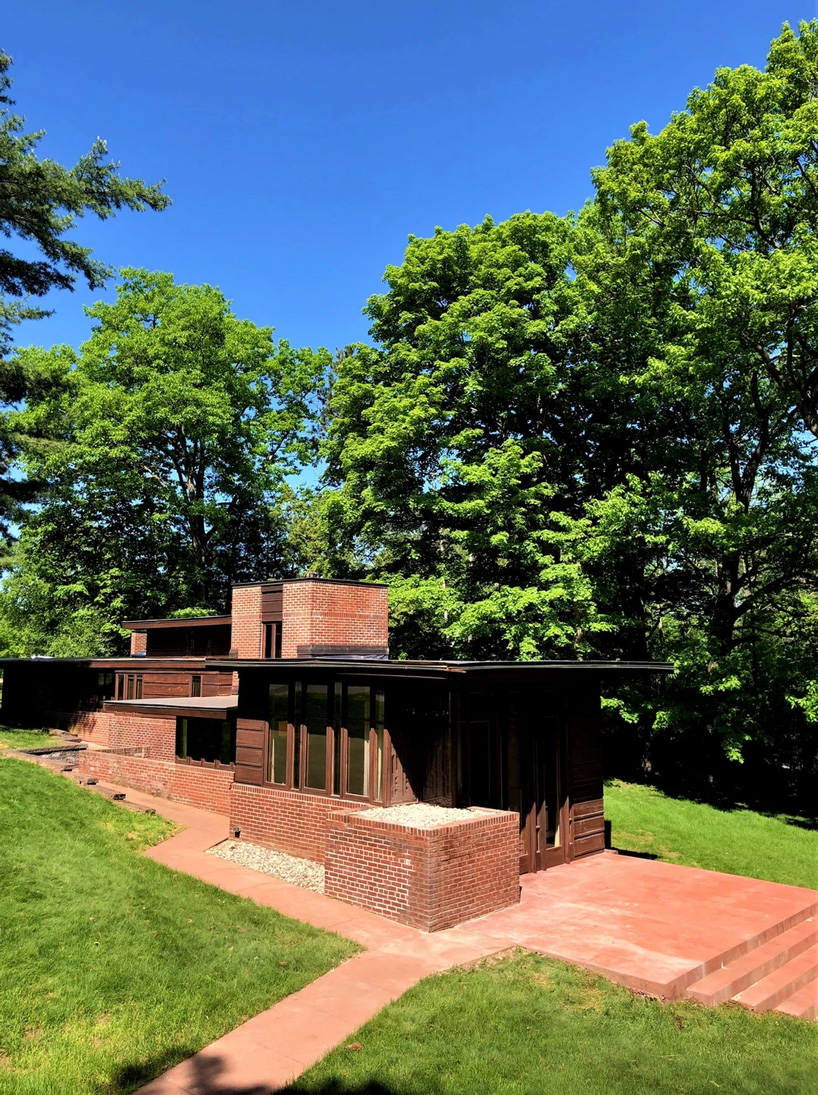 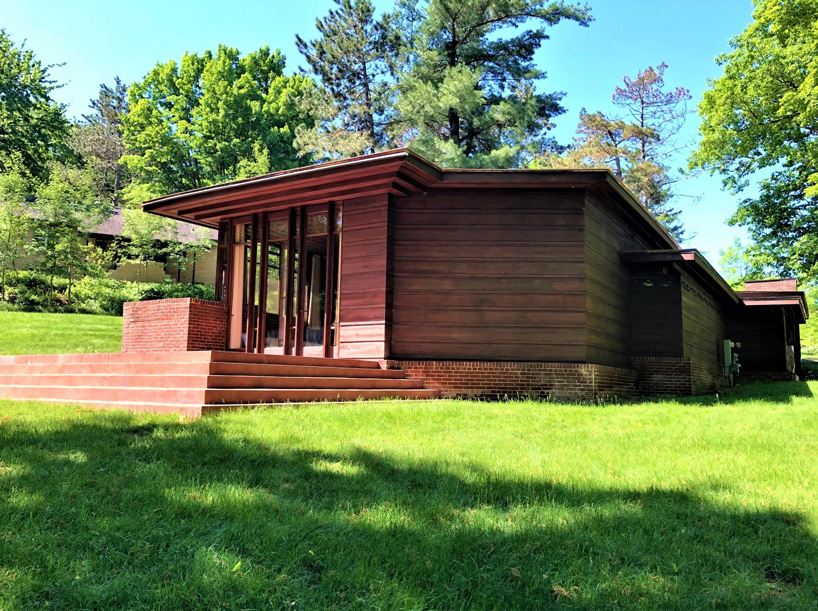 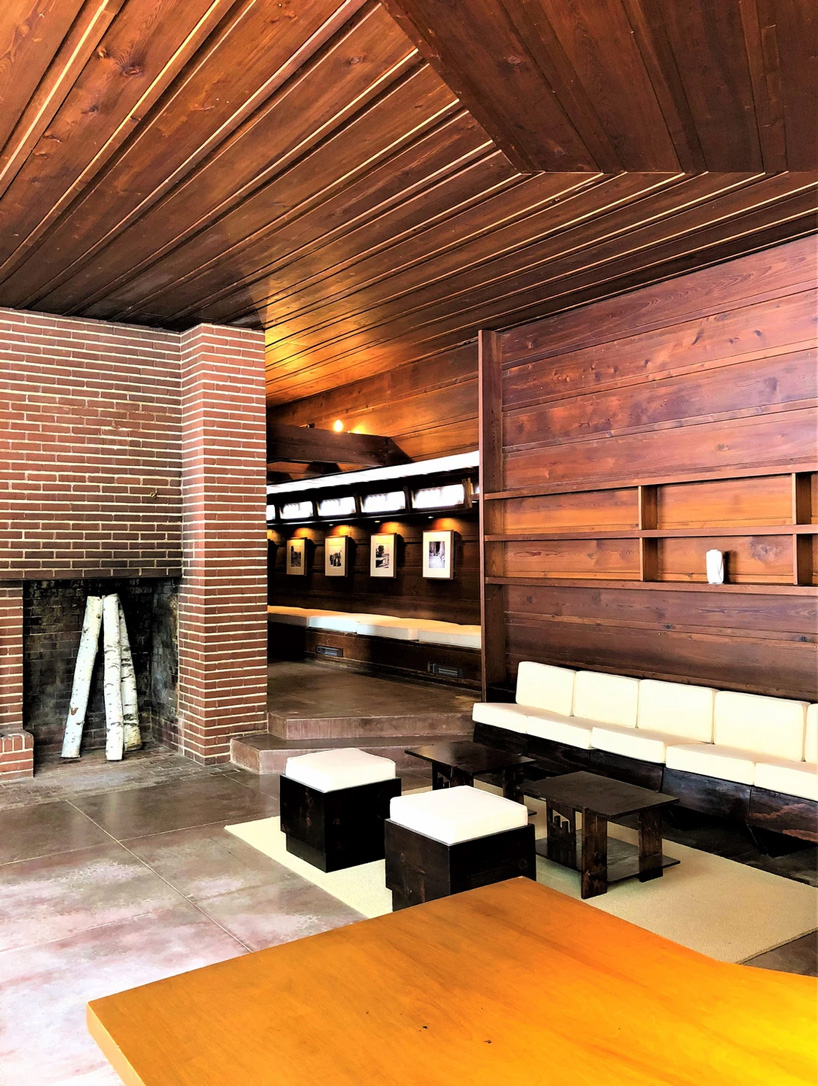 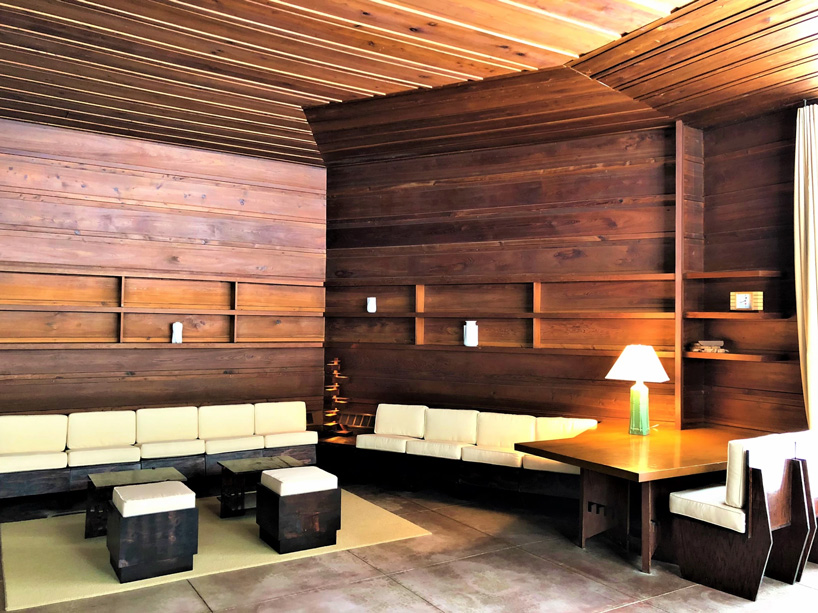 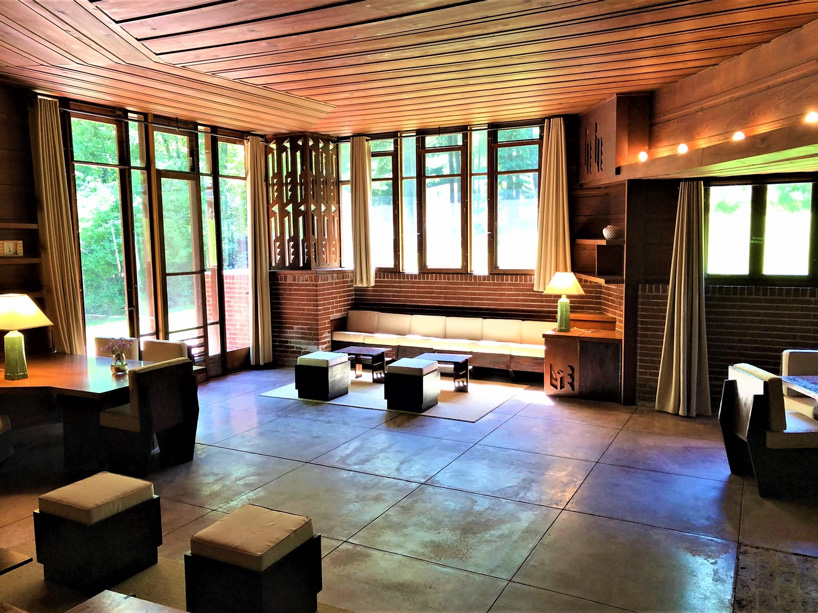 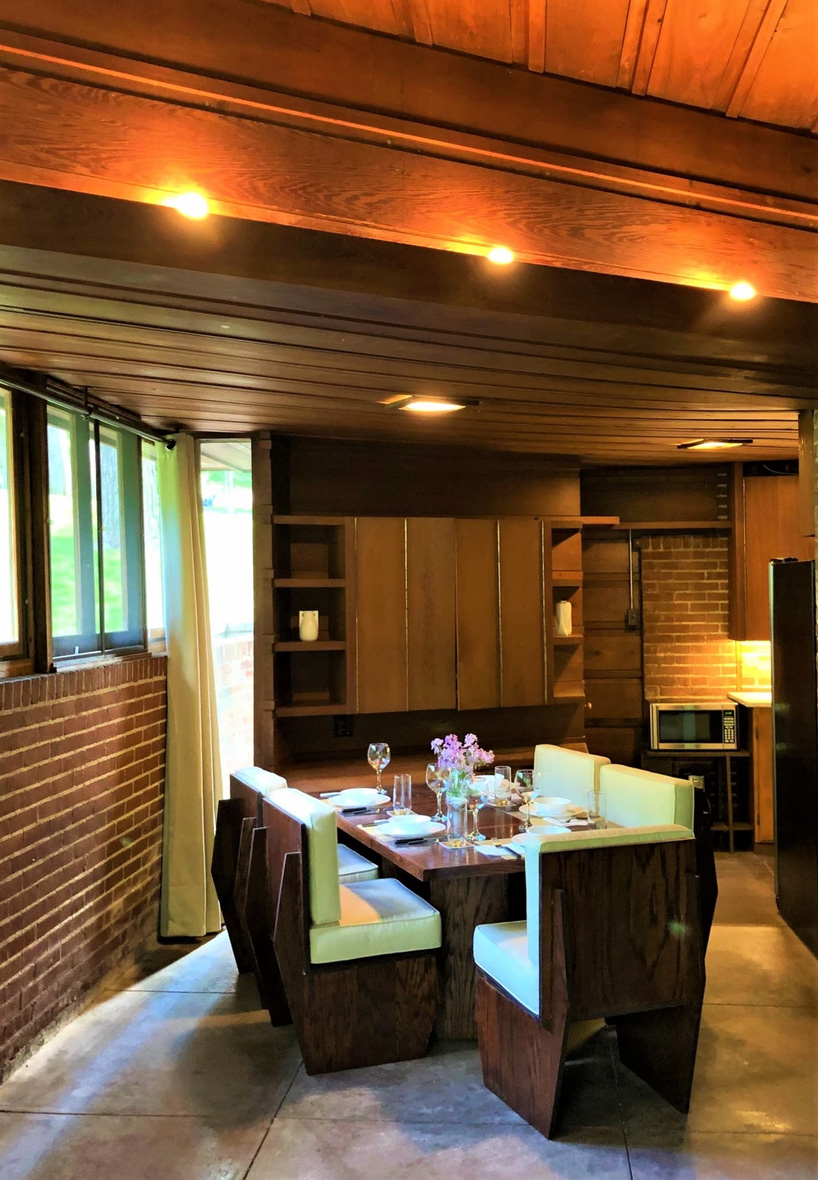 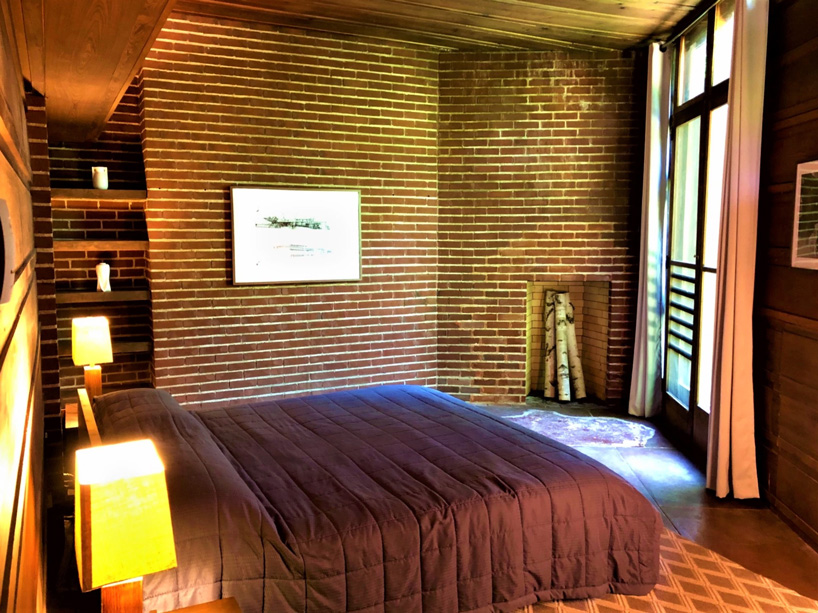 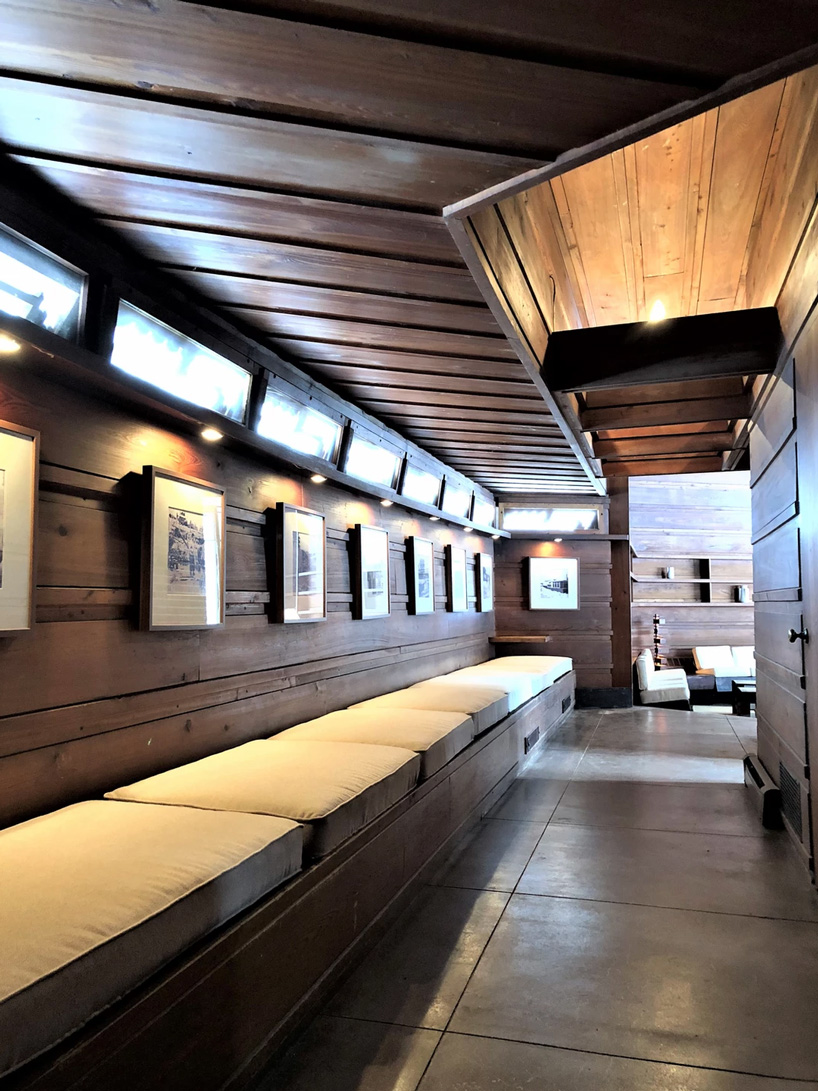