having found a small countryside dwelling in lower austria, a young family commissioned franz architekten to renovate and expand the existing structure. ‘house in eichgraben’ incorporates a new two-storey annex which functions as a children’s playroom, in addition to accommodating a secondary suite for the family’s grandmother.

a strip of glazing illuminates the partially subterranean basement, bringing light into the residence. internally, a free-standing bathroom unit divides the open space into clearly defined sleeping and living areas. the flexible design also offers the potential for future adaptation. 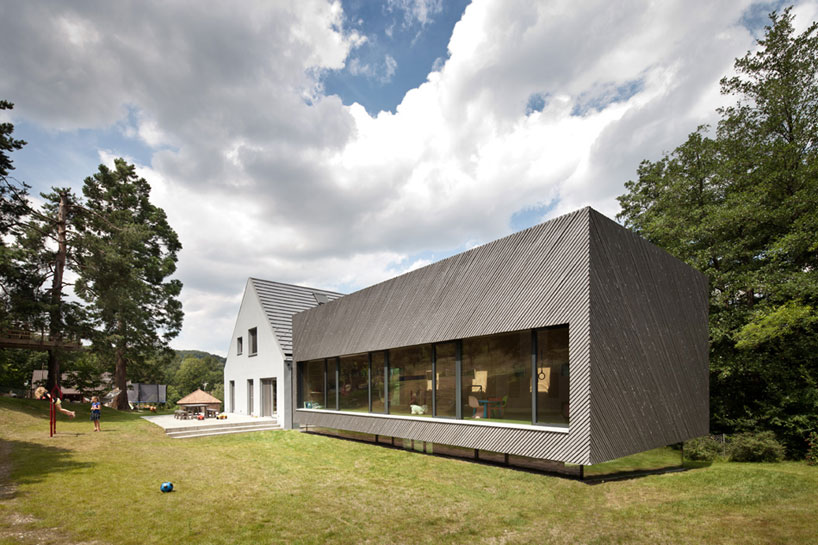 a large garden surrounds the property
photo by kurt kuball

a large playroom for the children floats above the ground floor, housed inside a timber box. the 3.5 meter tall volume features a number of recreational facilities, including a climbing wall, a swing and soccer nets. the installation is also prepared for later conversion into four separate rooms. 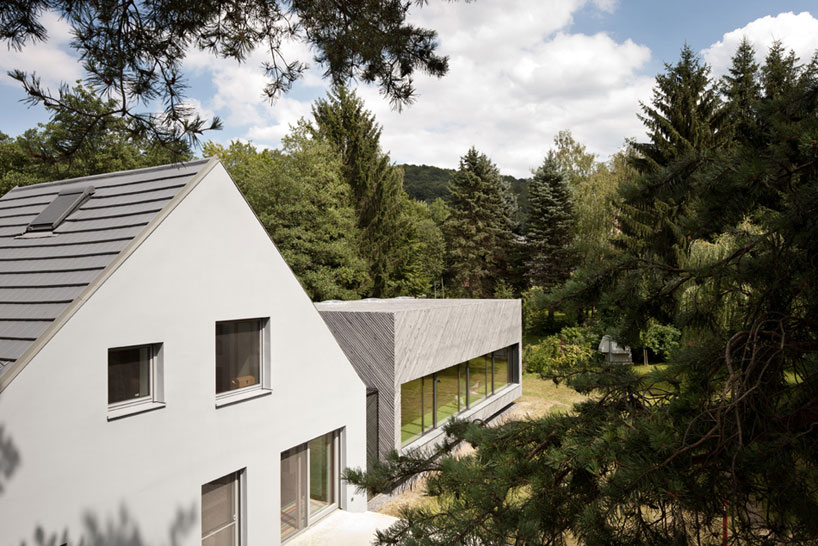 while the basement is constructed from concrete, the timber façade is comprised of solid tiles with diagonal larchwood latches. due to the complex geometry, the double miter cut latches were mounted by franz architekten staff. the entire building is supplied with warm water and heating via an air source heat pump, ensuring a reduced environmental impact. 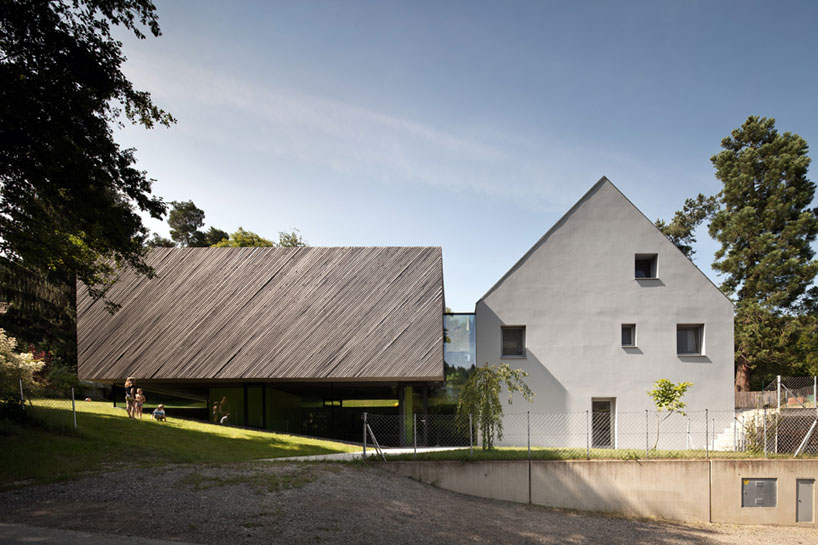 the project allows three generations to co-exist through a variety of shared and private spaces. different atmospheres are established within certain areas of the home, fulfilling the constantly shifting requirements of the family dwelling. 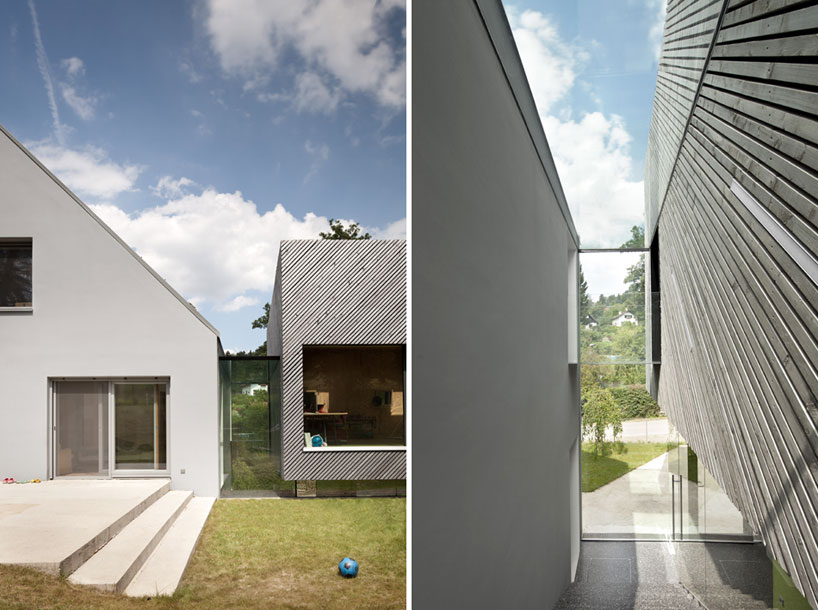 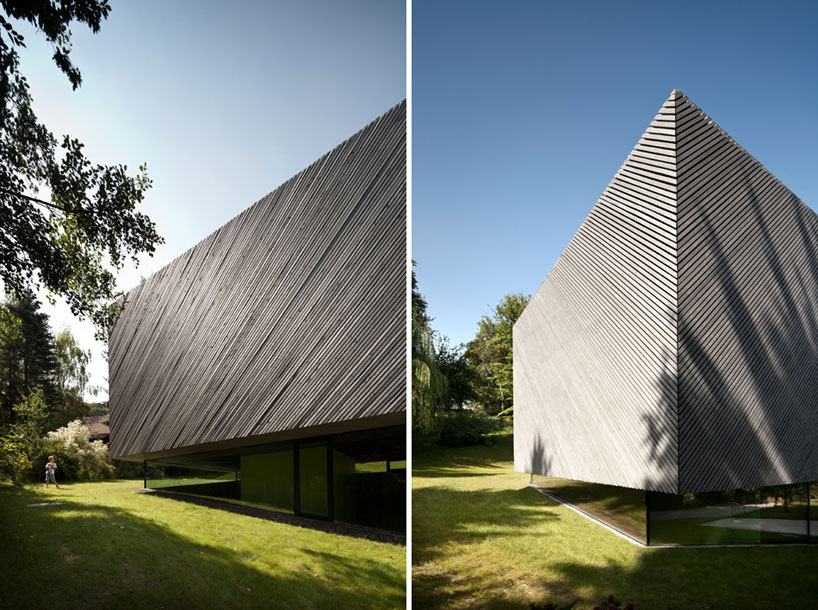 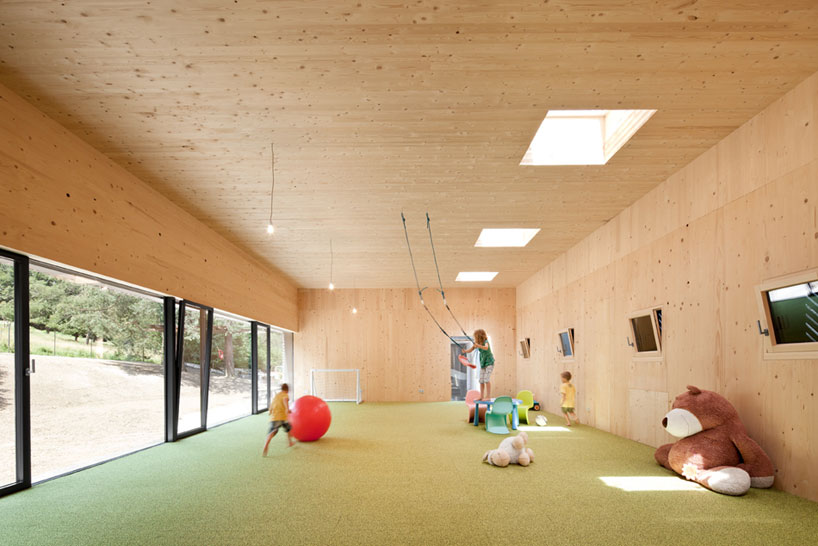 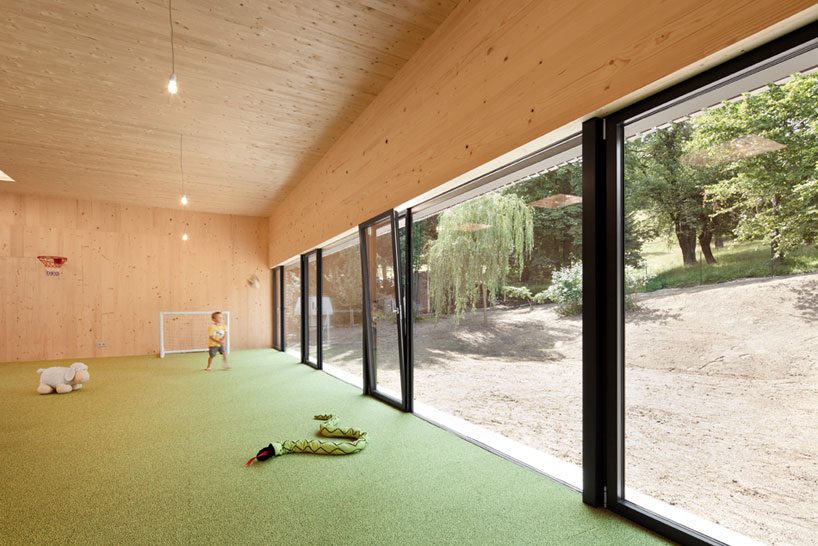 in future, the volume can be converted into four separate rooms
photo by kurt kuball 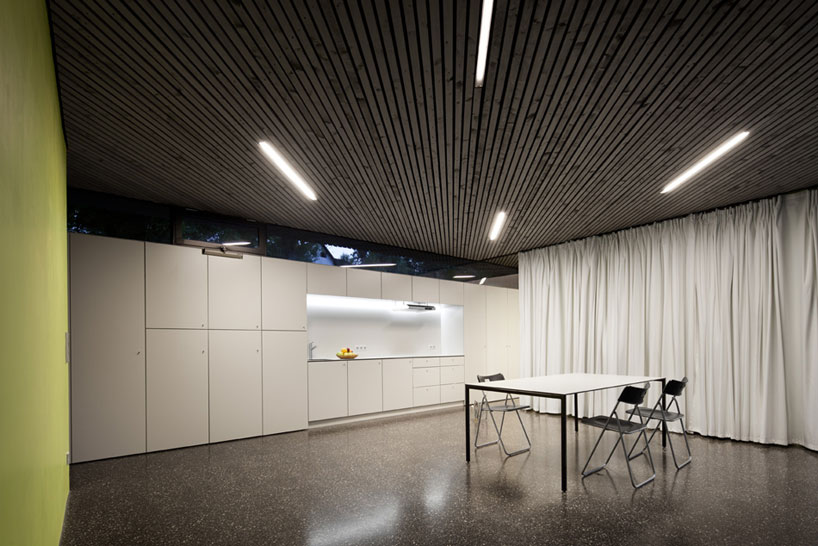 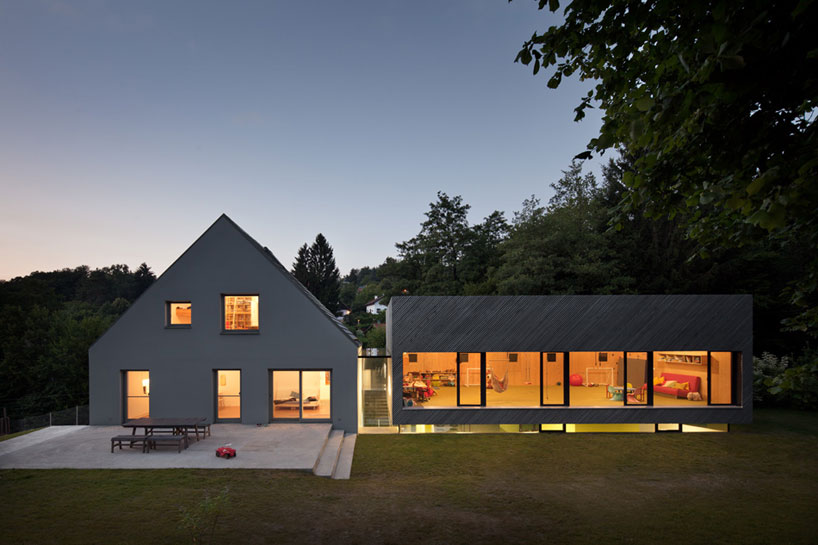 ‘house in eichgraben’ illuminated at night
photo by kurt kuball 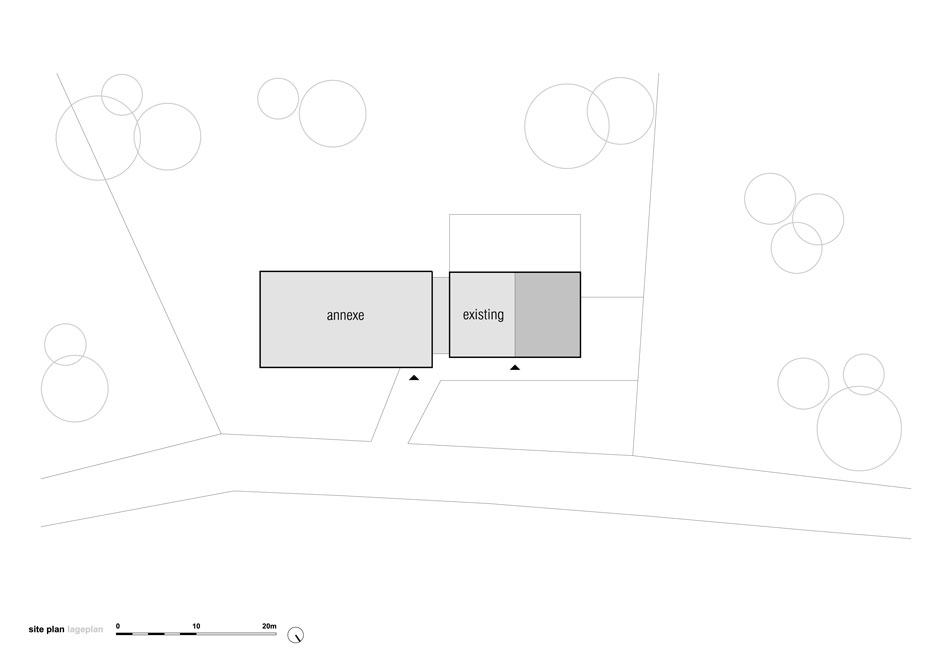 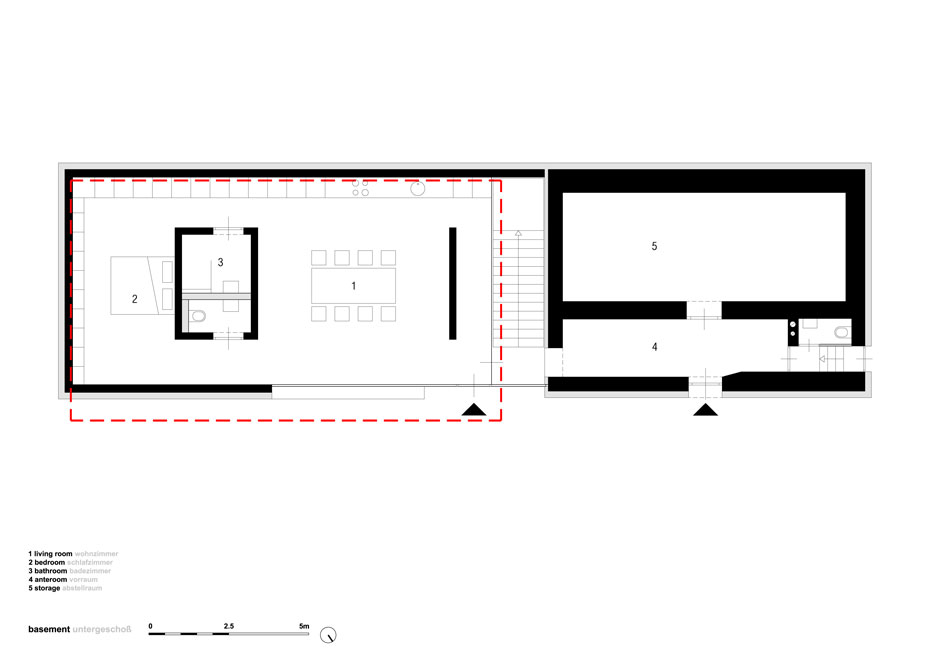 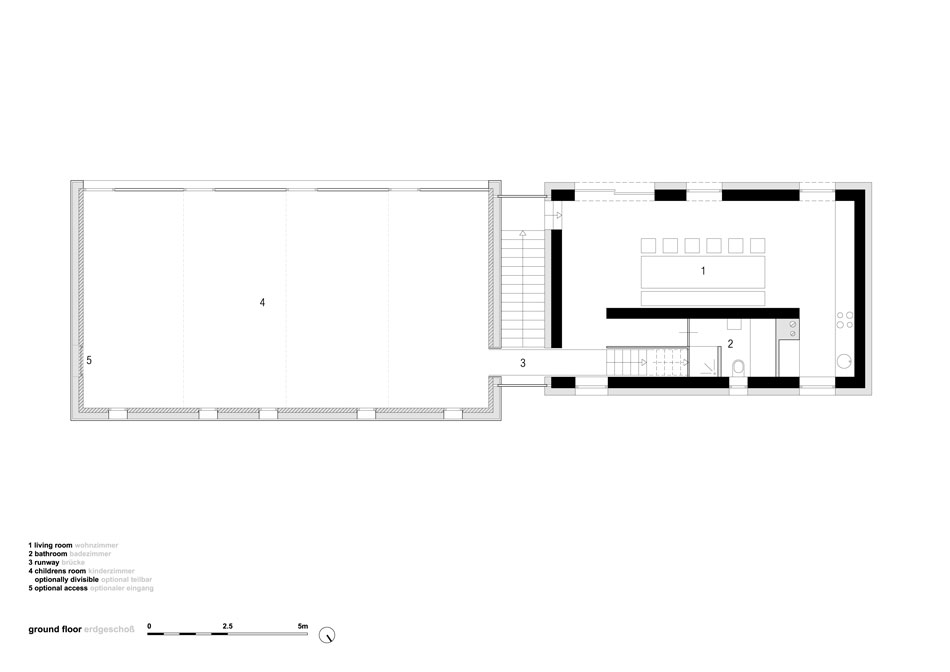 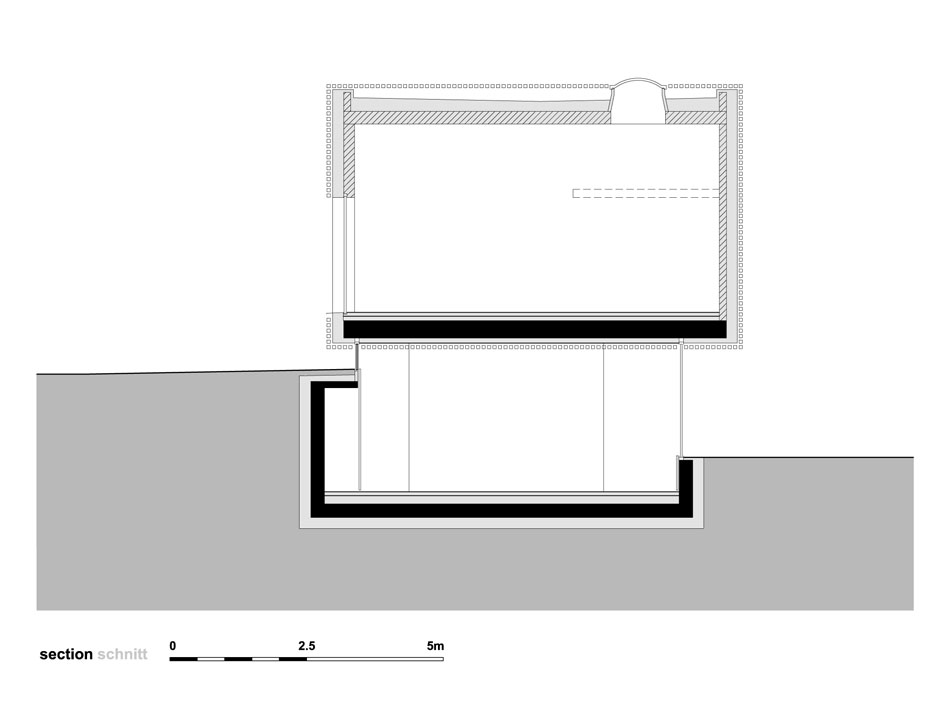 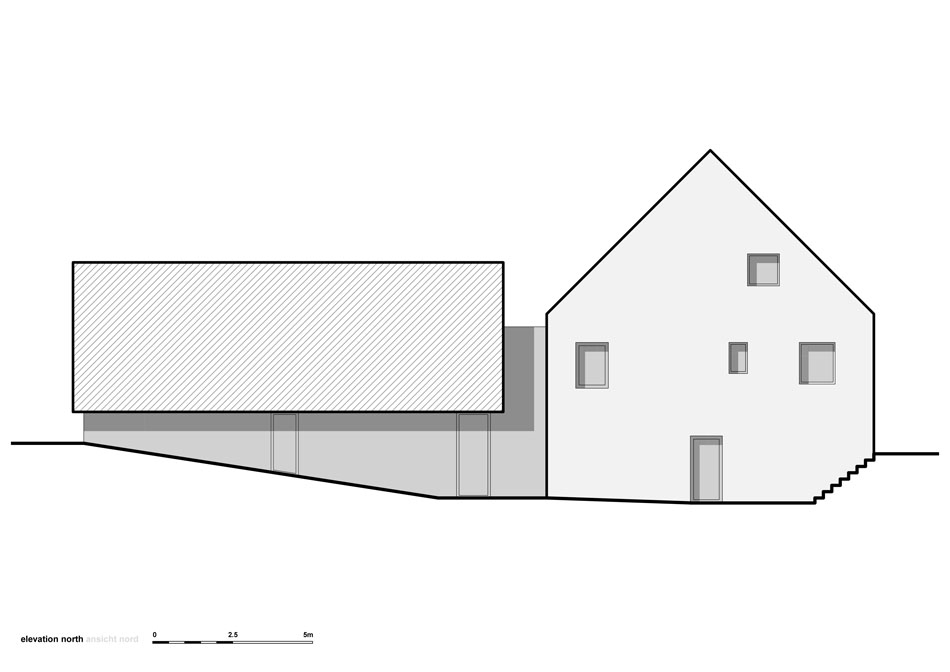 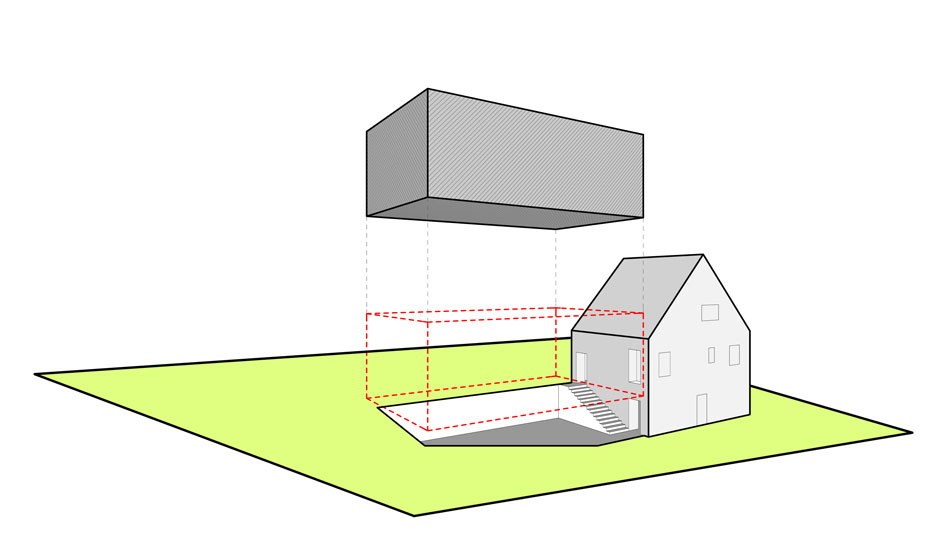 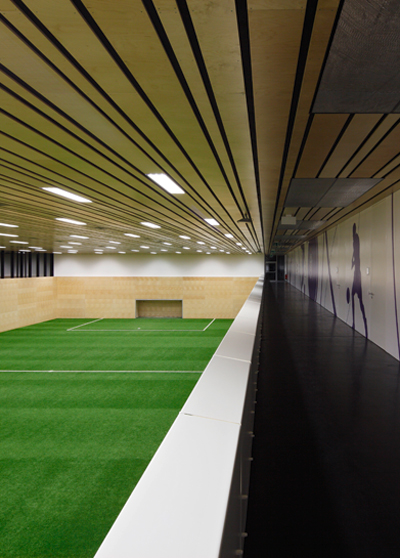