along the foothills of the japan’s nara prefecture, fujiwaramuro architects situates its expressive ‘house in gakuenmae.’ the project is at once defined by its sweeping roof surface and exposed wooden beams, both projecting out toward the land at an exaggerated angle. the atypical nature of the design results from the difficult nature of the site, bordered by a steep topography and an imposing retaining wall. the design team negotiates the site condition by constructing a more gradual slope across the property, inspiring a strategy of generating the large spanning roof which continues along the resulting angle of the ground. 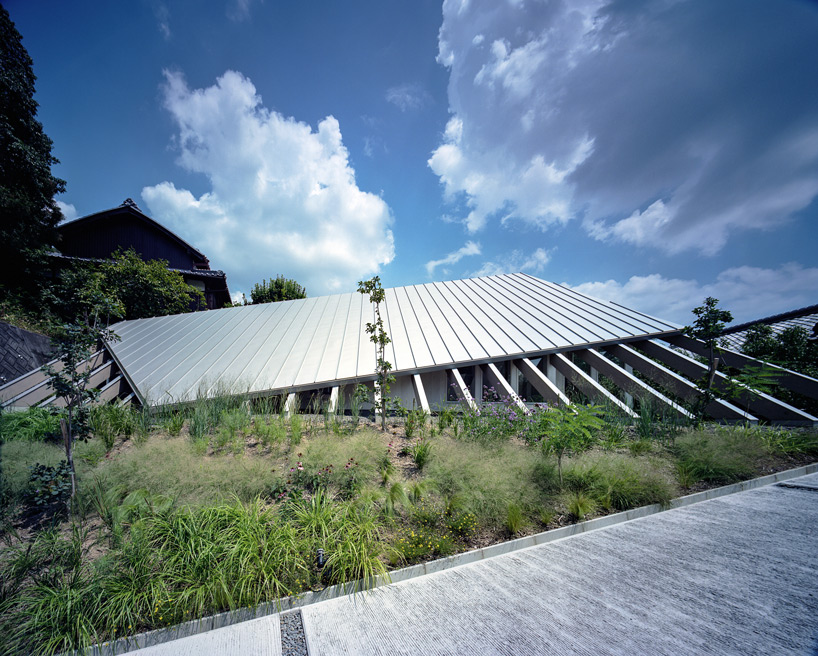 all images by katsuya taira

fujiwaramuro architects shelters the light-filled interiors of its ‘house in gakuenmae’ beneath sculptural exposed structure and exaggerated geometries. the pyramidal volume of the space lends a large, open interior along the ground level which hosts kitchen, dining, and living spaces along with the master bedroom and bath. while this open area maintains an element of privacy to its occupants, it still receives natural light from four directions, creating a sense of connection with the outside environment. a children’s bedroom is nested beneath the high peak of the roof to the second floor, while the exterior zone between the house and the retaining wall sees a deck as well as a private garden. the ‘house in gakuenmae’ by fujiwaramuro architects is supported by an exposed structure of timber framing. the large beams expressively project out from under the eaves, offering a monumental image to the project while shielding the interior from view from the road. by creating a diverse collection of spaces — from the quiet living area along the lower sides of the building, to the breezy dining room extending out toward the deck, and the bright living room filled with southern sunlight, the design team introduces a home which adapts to the desires of the occupants as well as the time of day and shifting seasons. 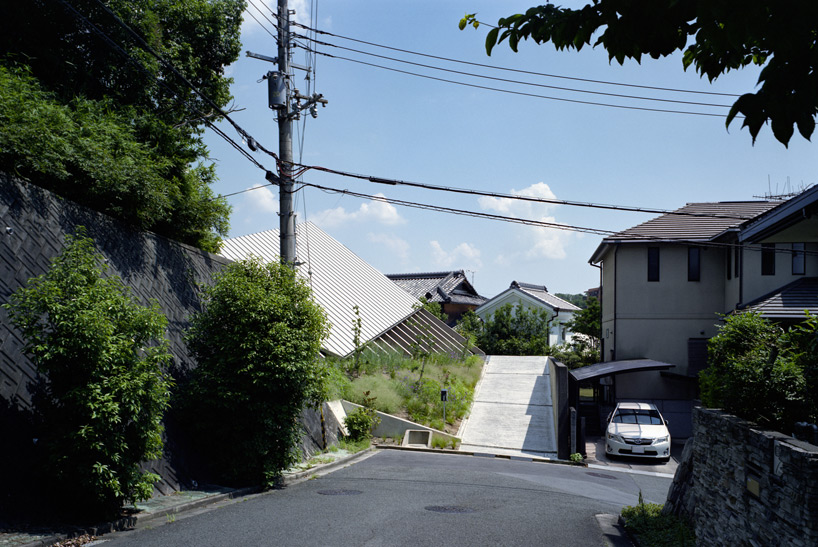 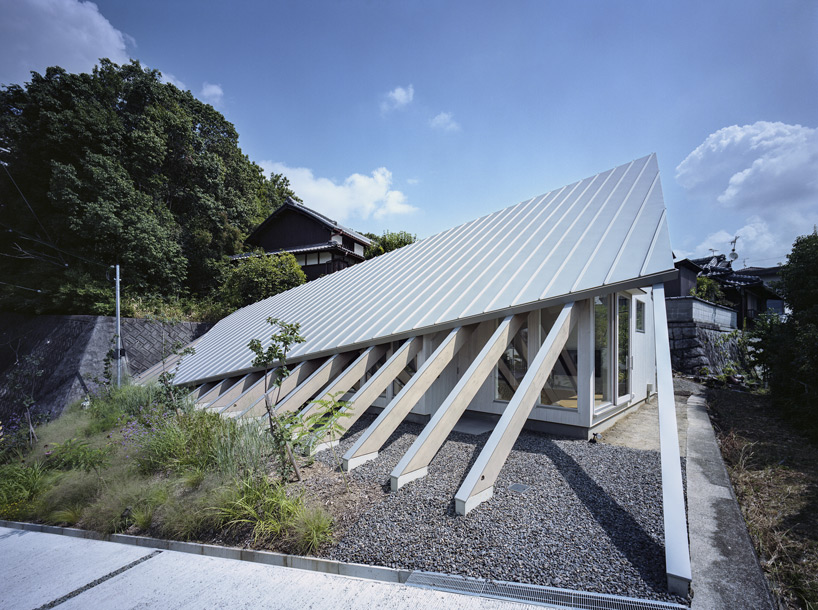 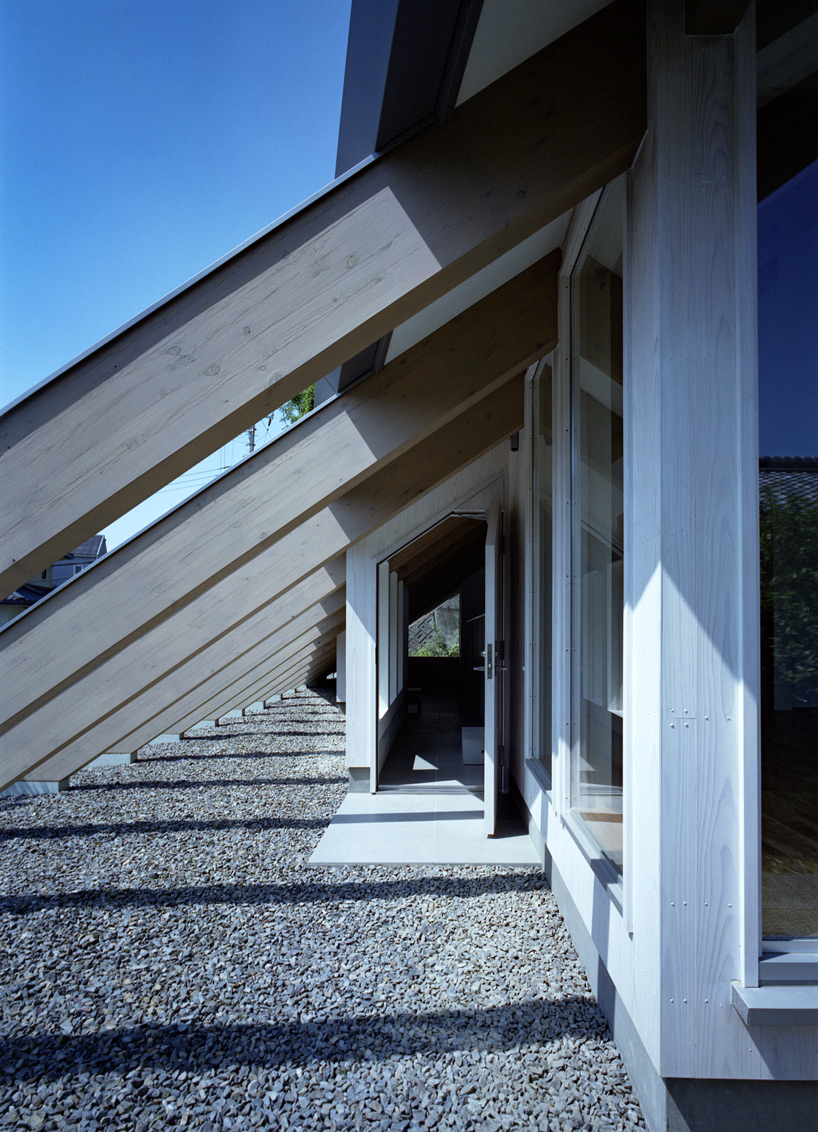 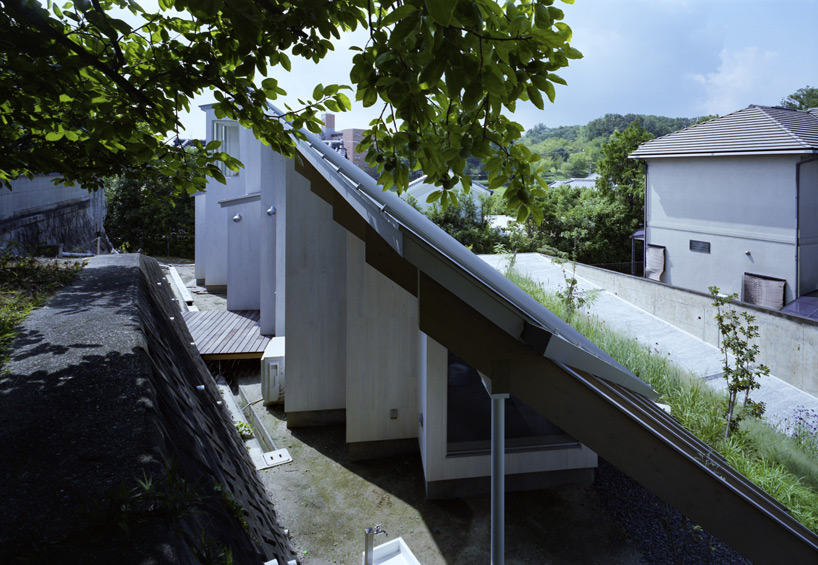 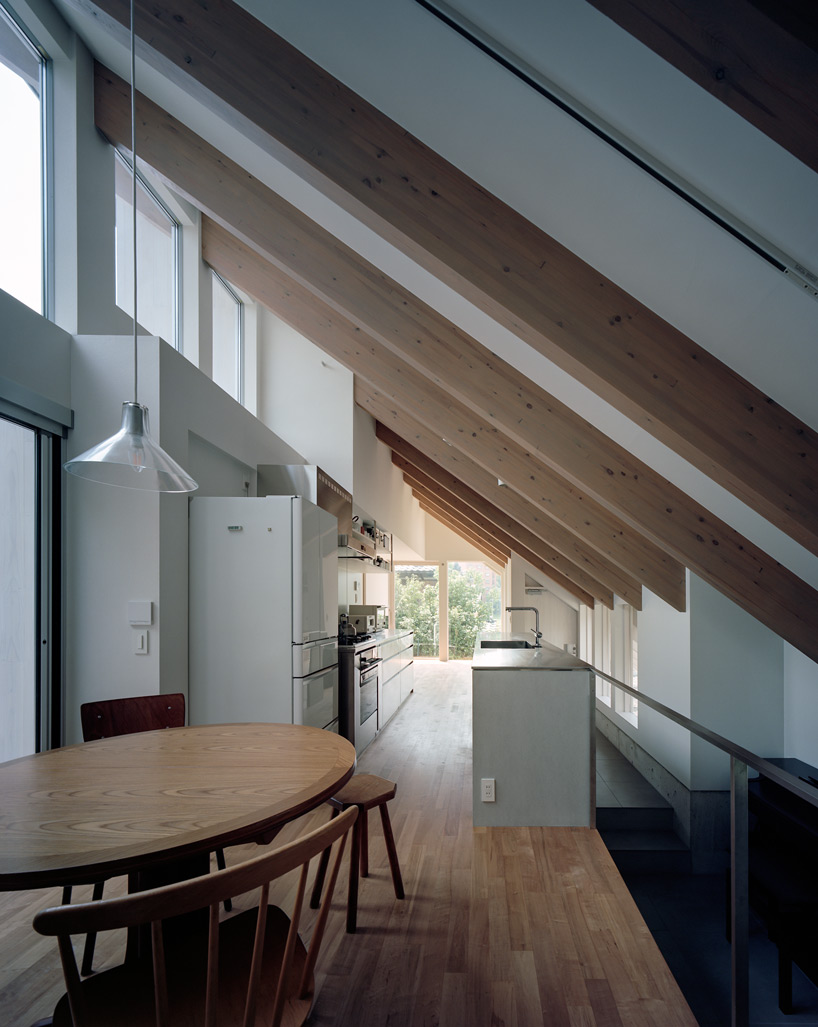 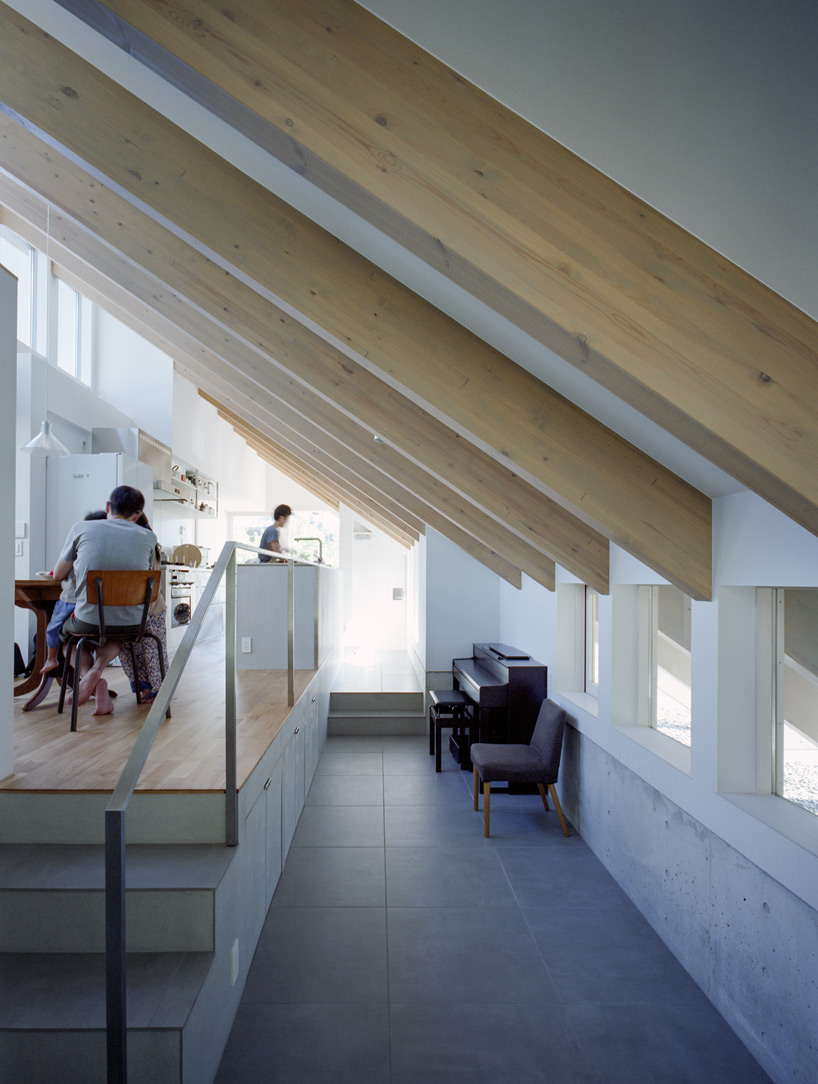 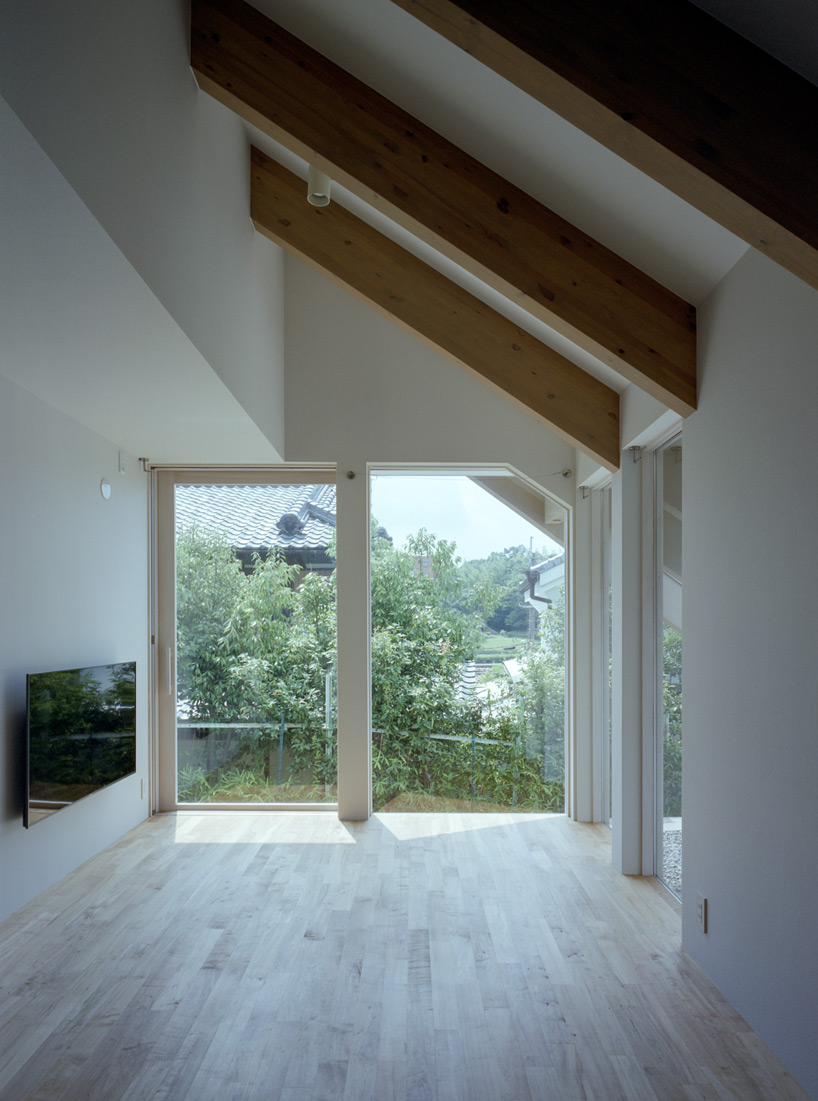 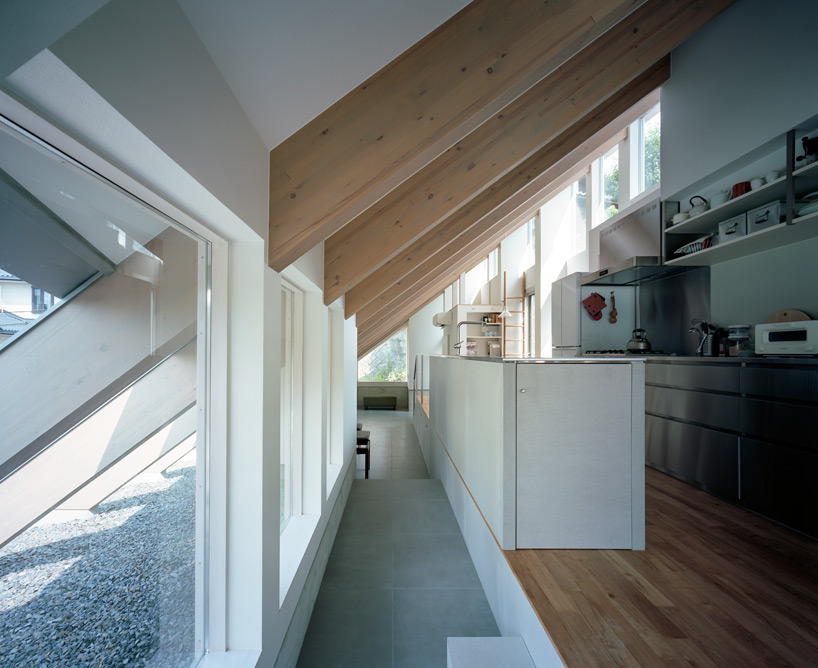 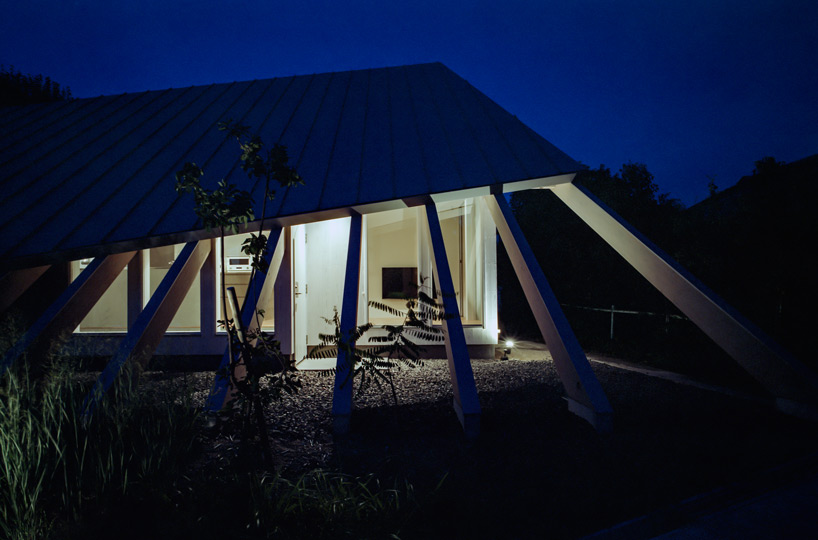 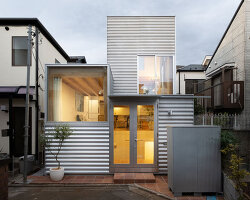 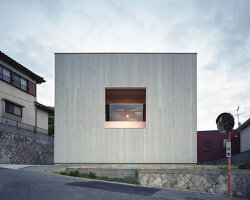 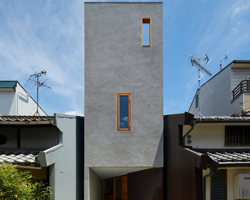 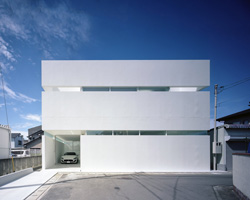 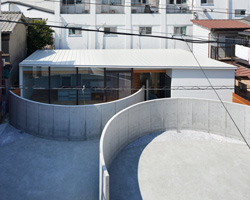 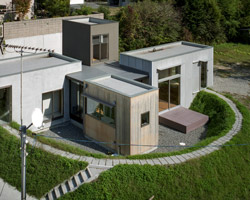