studio fuksas has revealed plans to overhaul a coastal plot in fontvieille, the southernmost ward in the principality of monaco. conceived as a ‘hill that connects the sea to the city’, the plan intends to reinvigorate the district and the port by grouping cultural, commercial, and public spaces within a connected structure. the building’s curved lines evoke the movement of the waves and the topography of the seabed, while also expressing the geometry of the design. 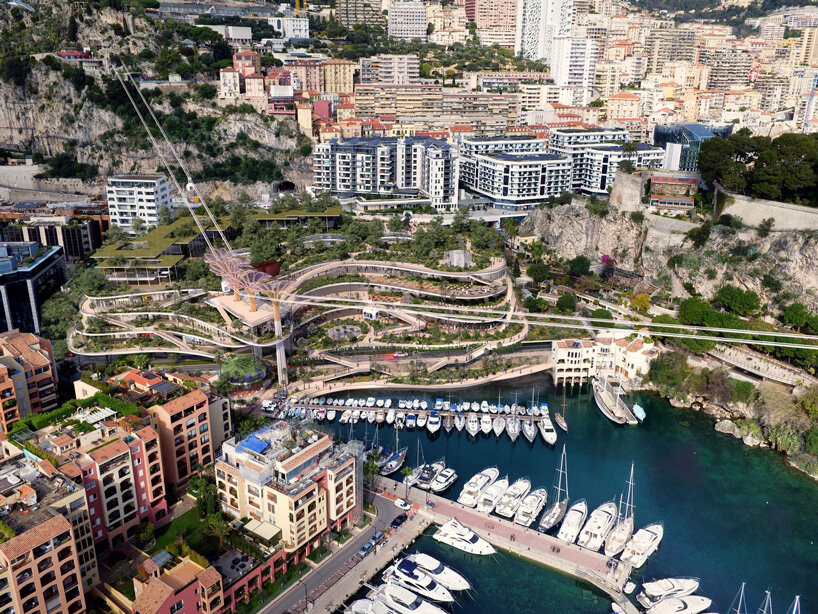 fuksas used different colors for the floor, furniture, and ceiling of each of the building’s five storeys. the ground floor is red, a color that refers to the tiles in the historic center of monaco; the first floor is a sea blue; the second floor is lavender, like the flower that grows in the south of france; and the third floor is ocher, mirroring the tones of the surrounding facades. finally, in the hanging rooftop garden, the gray used mimics the cliffs of the côte d’azur. 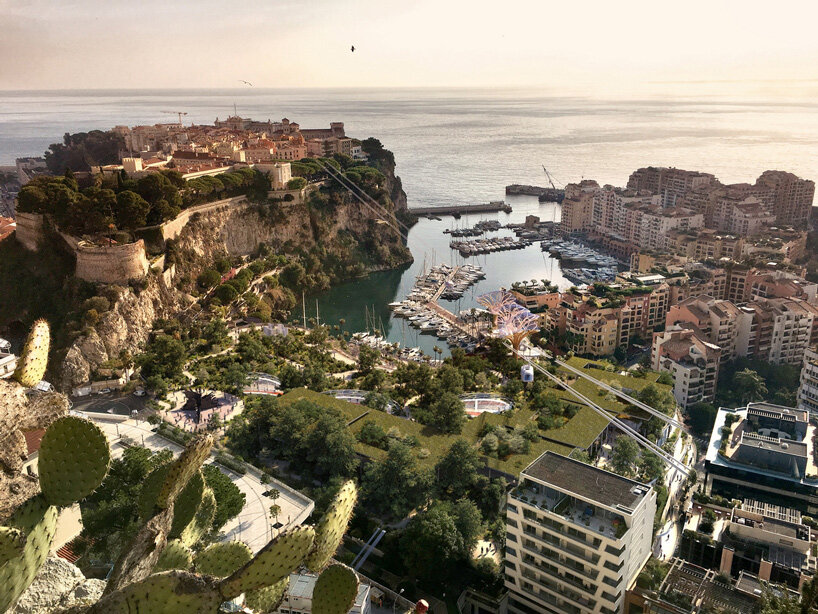 commercial spaces are deployed along a covered space, communicating directly to the outside. meanwhile, at every level, the central space opens onto a terrace facing the sea — creating a dialogue with the natural elements of the landscape. as visitors move across the site they are treated to scenic views of monaco as well as out to sea. ‘the ecological aspect is one of the essential elements of the project, whose impact in the site allows to develop a ‘green corridor’ between the rock and the exotic garden,’ the architects explain. ‘the greening of the building introduces nature into the urban space, creating a new landscape up to the sea.’ 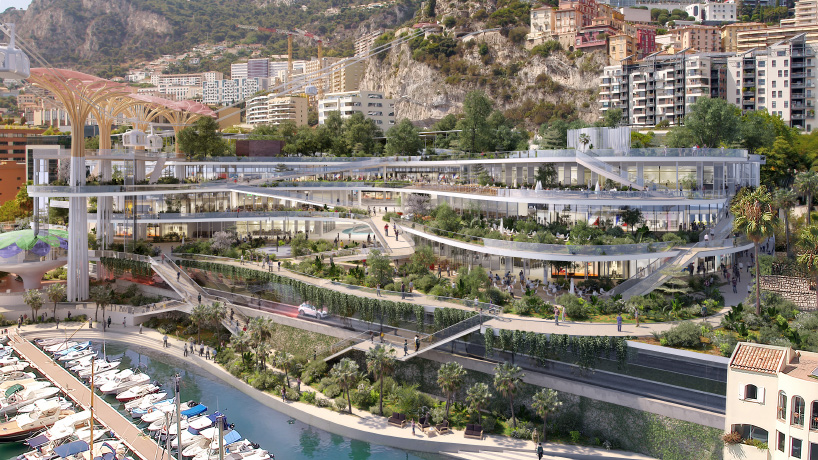 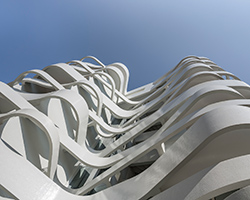 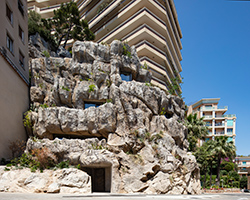 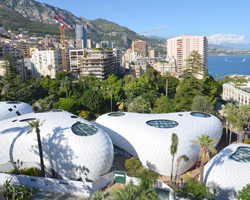 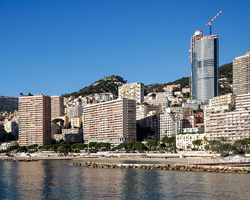 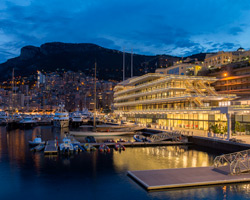