massimiliano fuksas architetto enhances palazzo ‘ex unione militare’ in rome with voluptuous forms and lighting displays. a triangular glass void cuts through the building to the roof where one can dine under the undulating enclosure. its steel structure rises 7.5 meters at the highest point, and covers a 300 square meter restaurant with views of the nearby domes of saint ambrose basilica and carlo al corso. during the day the extrusion shines like a mirror, but at night the space glows like a lantern. on the lower levels, the intervention allows one to view and access activity on other floors, as it contains vertical circulation elements. the entry becomes a bazaar of display areas composed of glass shelving and shiny white fiberglass forms, finished with colored patterns in shades of orange, red and violet. LEDs illuminate the stairs, exhibitions, and facade in complementary colors. 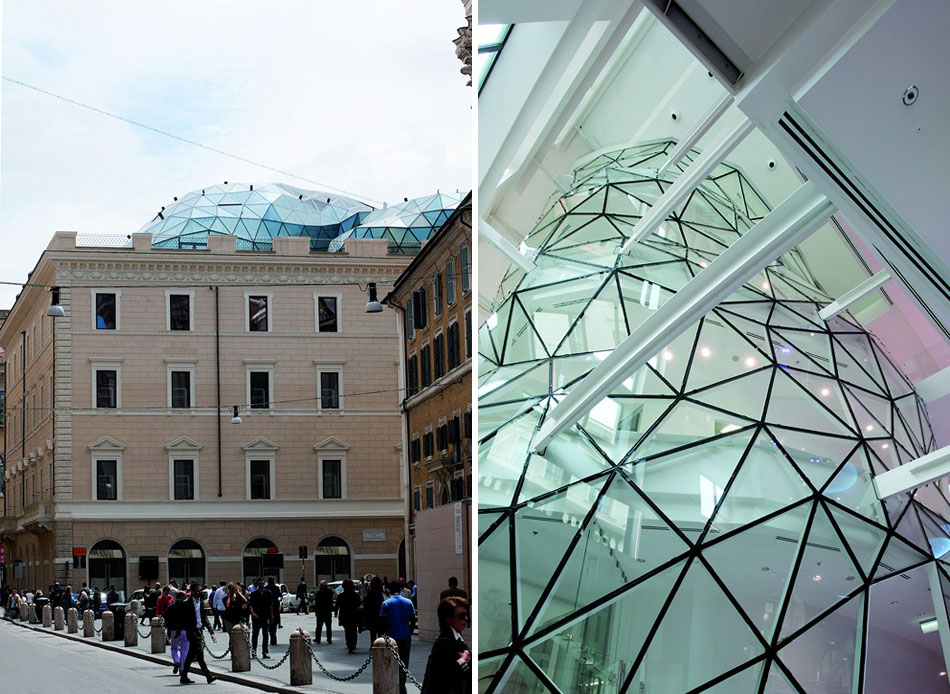 (left): rising 7.5 meters above the roof, ‘the lantern’ can be seen poking through ‘palazzo ex unione militare’ from via del corso
(right): the lantern cuts through the entire building, creating visual and physical connections among the floors
images © gianni basso 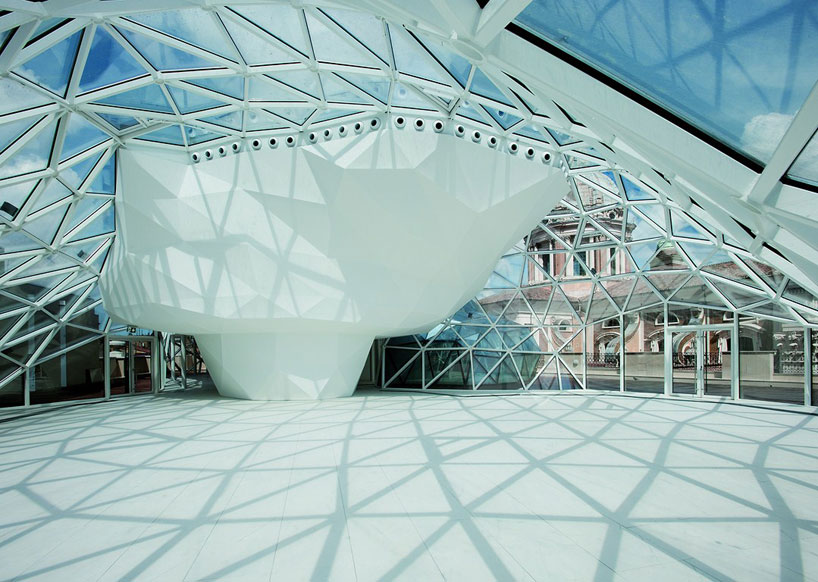 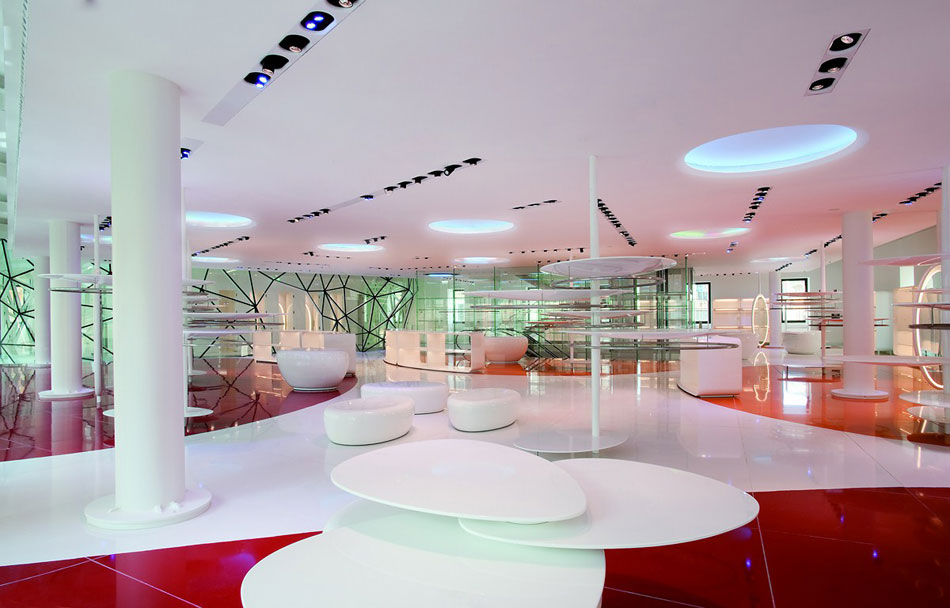 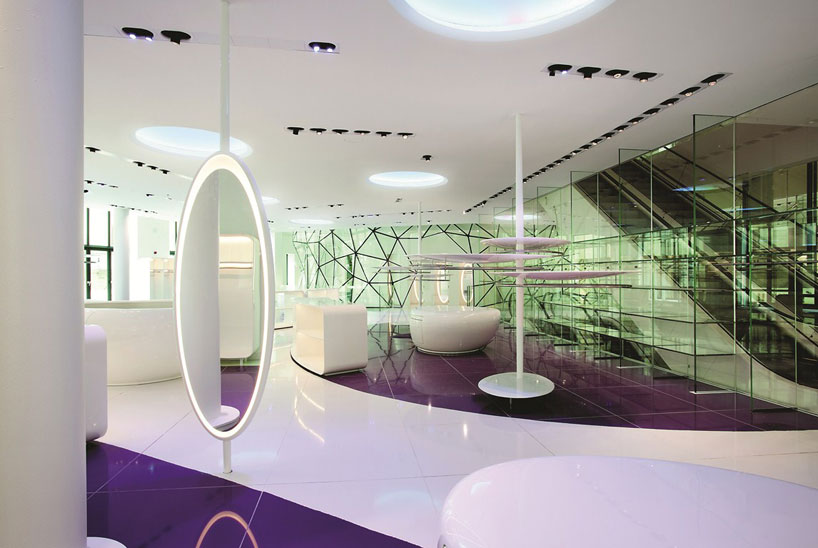 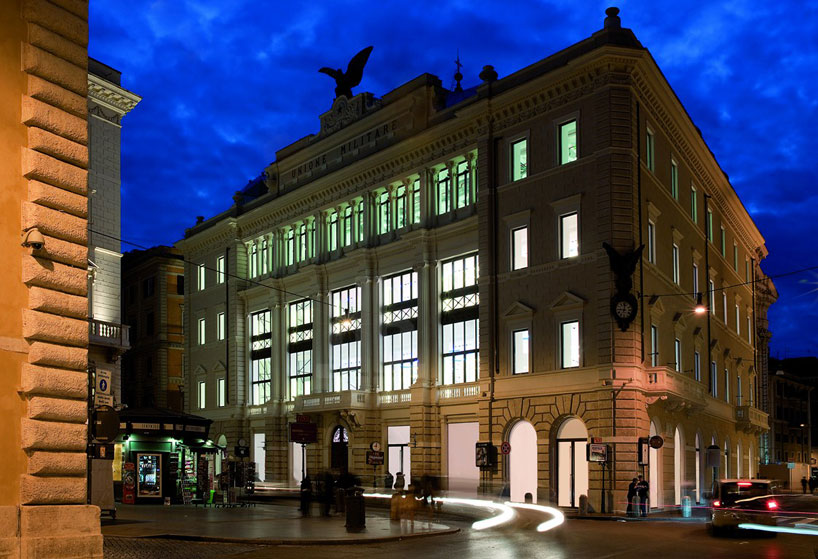 Apr 08, 2021
kiruna: the swedish town that is relocating building by building
'the difficult part in moving a city is to preserve its sense of belonging, the history and the soul of the community,' says alexandra hagen, CEO of white arkitekter.
architecture
314 shares
connections: +120