the façade of this boutique hotel in puerto rico is conceived as a block of coral, referencing the form, density and porosity of the reefs located just off shore. located in esperanza, a quiet town on the south side of the island of vieques, the waterfront ‘el blok’ houses 23 guest rooms, dining facilities and a roof terrace with jacuzzi. designed by local practice fuster + architects, the hotel’s exterior is constructed from glass fiber reinforced concrete panels that act as a continuous screen, filtering natural light and ventilation inside the building. some individual panels open outwards, allowing uninterrupted views along the caribbean shoreline – a sinuous path that is echoed in the scheme’s curvilinear forms. 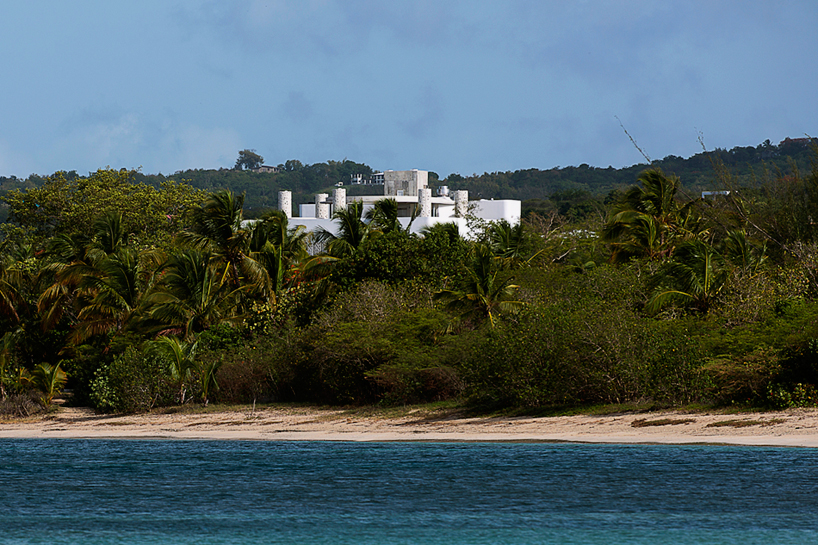 prefabricated chimneys establish a vertical counterpoint on the horizon

internally, an exposed concrete stairway leads guests to the second floor, which boasts open-plan accommodation containing a restaurant. guest rooms on the subsequent two storeys are organized radially around an oval patio that both references vernacular architecture and reduces travel distance. the design culminates in an expansive roof deck that features a bio-luminescent jacuzzi, while prefabricated chimneys bring natural light inside the hotel and establish a vertical counterpoint on the horizon. 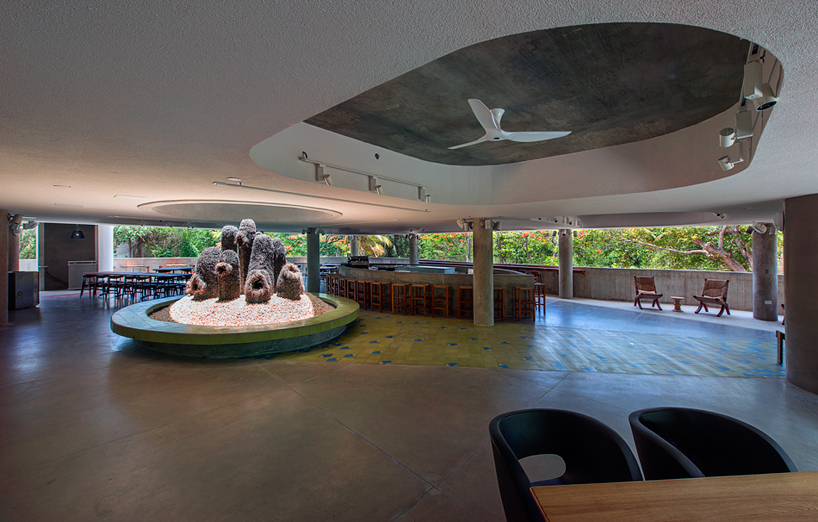 the building is constructed principally from reinforced concrete, with flooring covered in hydraulic tiles designed using a pattern derived from the layout and using colors native to the caribbean basin. from an environmental perspective, ‘el blok’ aims to achieve LEED gold certification through utilizing a number of sustainable initiatives. compact organization helps to minimize the plan’s physical and ecological footprint, while simultaneously maximizing natural light and ventilation. a thermally efficient envelope insulates the design, while the roof terrace collects rainwater for reuse and irrigation. 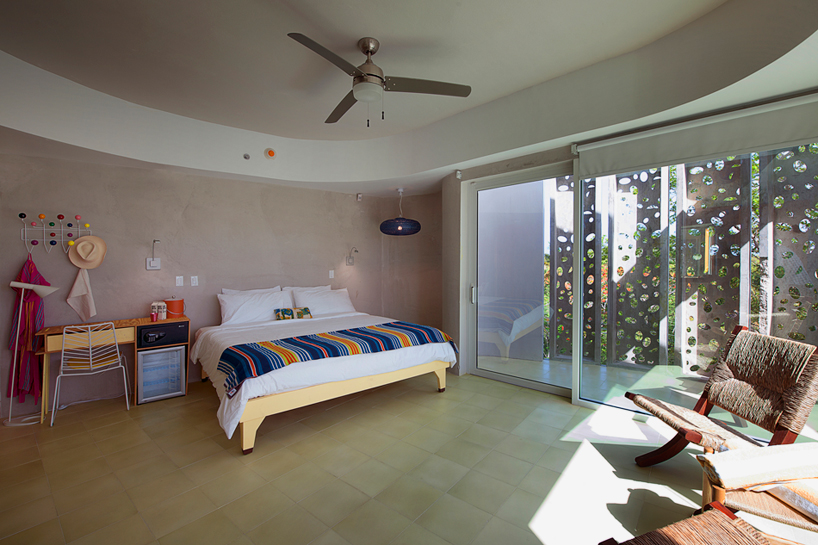 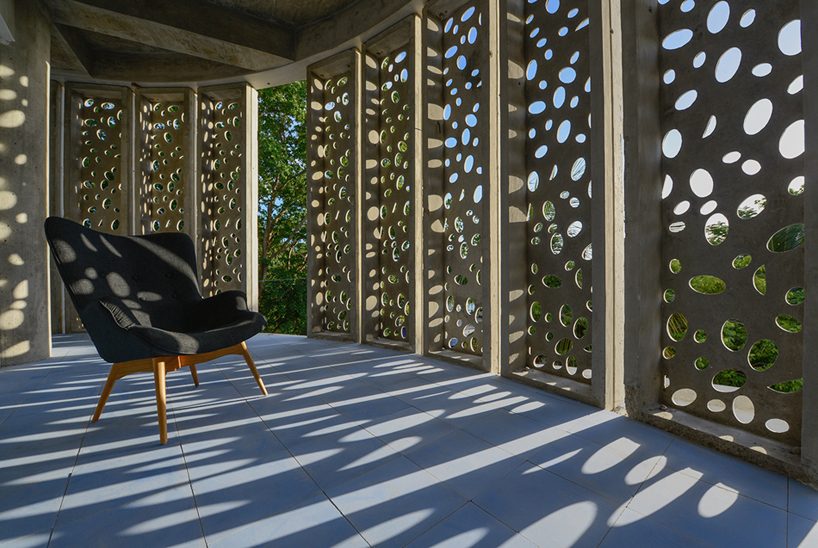 reinforced concrete panels act as a continuous screen, filtering light inside the building 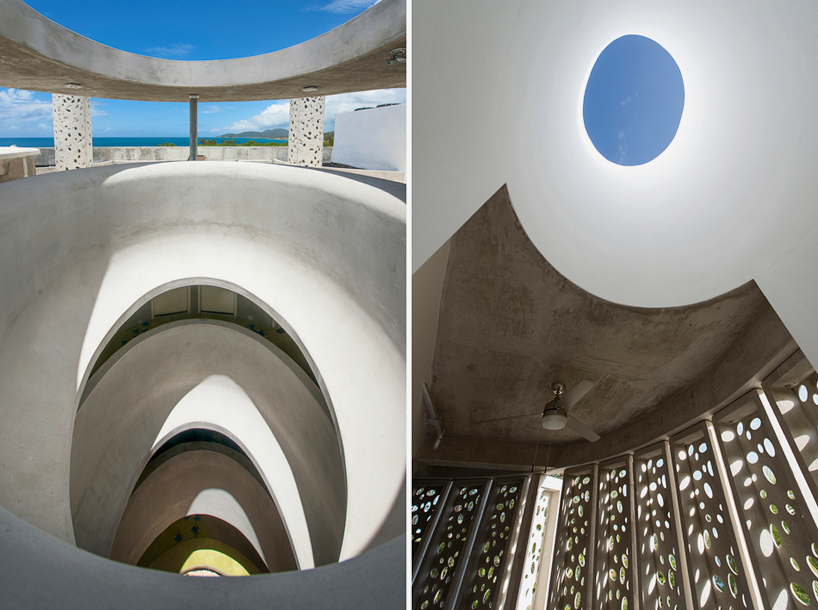 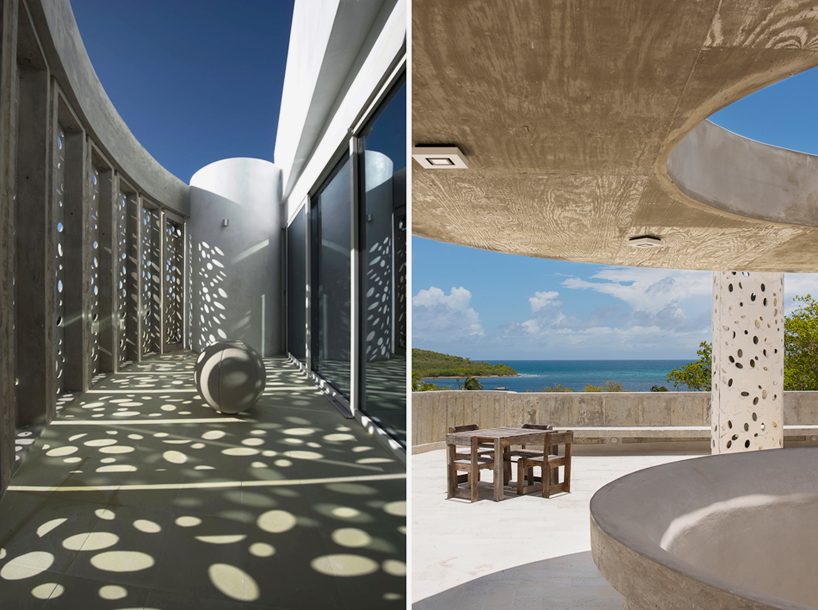 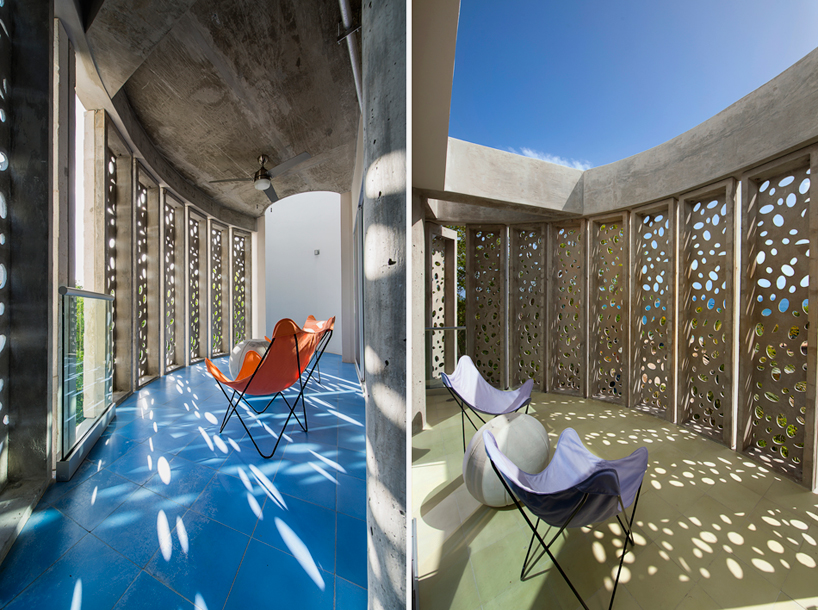 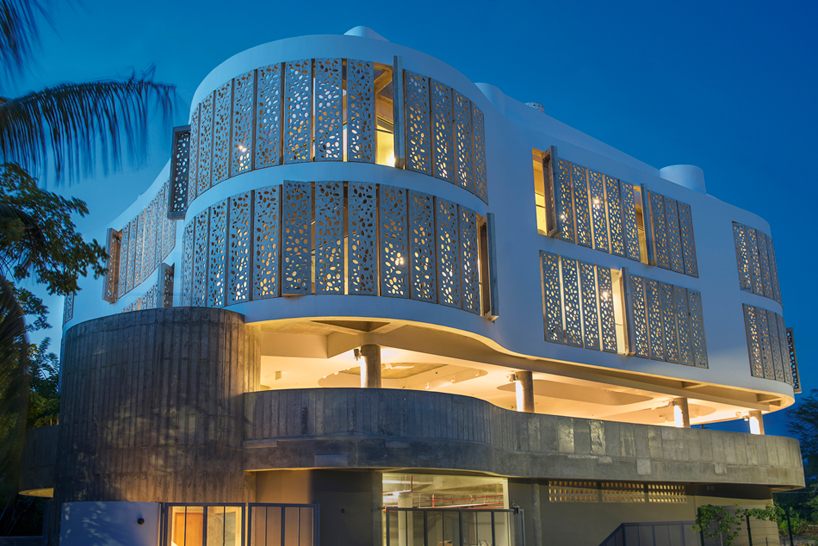 the façade is conceived as a block of coral, referencing the form, density and porosity of the nearby reefs

a central void connects all aspects of the hotel

circulation routes within the design 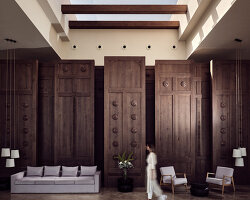 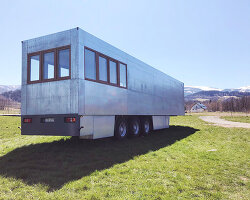 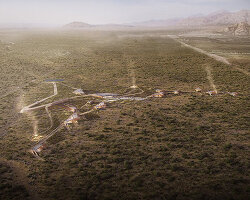