the ‘park avenue park’ proposal calls for the creation of a new natural landscape for park avenue in new york city based on the topographical and ecological features of a savanna. GAD and chelsea atelier’s design is based on the implementation of a biophilic architecture strategy intended to take advantage of the genetic predisposition of humans to landscape topography in general and the savanna in particular. the park avenue mixed woodland reflects a grassland ecosystem, which has been prevalent on the eastern seaboard of north america as an endemic natural environment up until to the european discovery of the continent. 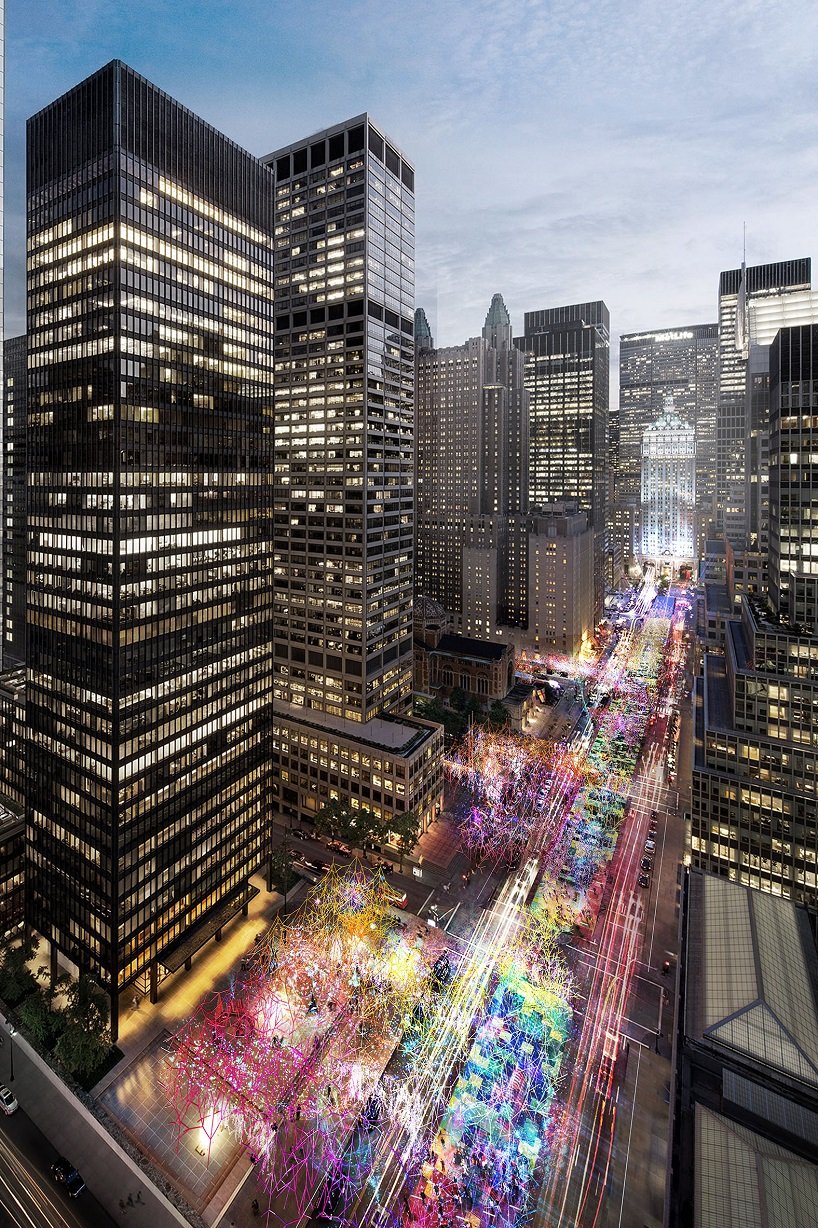 GAD and chelsea atelier’s aim is to take the park avenue median footprint and widen it to generate a new natural endemic savanna environment intended to weave nature into the everyday life of manhattan based on biophilic design principles. the ‘park avenue park’ represents for the project team an optimal combination of natural forms adaptable to an urban setting while providing open spaces for a variety of community functions such as walking, eating, rest and relaxation. as such, the design team has used the continuous canopy of the trees to cover a free space underneath dotted by natural landscape elements and social spaces. 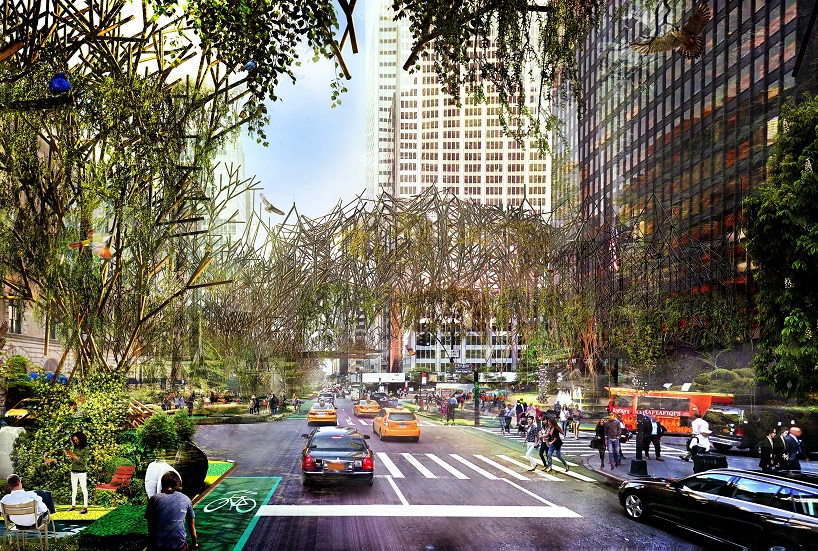 the main feature of this new natural environment will be a new man-made ‘forest’ consisting of a large tree-like canopy in structurally engineered bamboo derived from a complex 3-dimensional pattern that redefines the idea of nature in cities. the visual appearance of this canopy on the urban horizon line is designed based on a fractal dimension of 1.3-1.5 reflecting the savanna profile and proven to reduce stress in humans. the experience of the outdoors and connection to nature will be achieved through the geometry complexity of the forest canopy pattern produced in resilient self-supporting structural bamboo in natural tones. 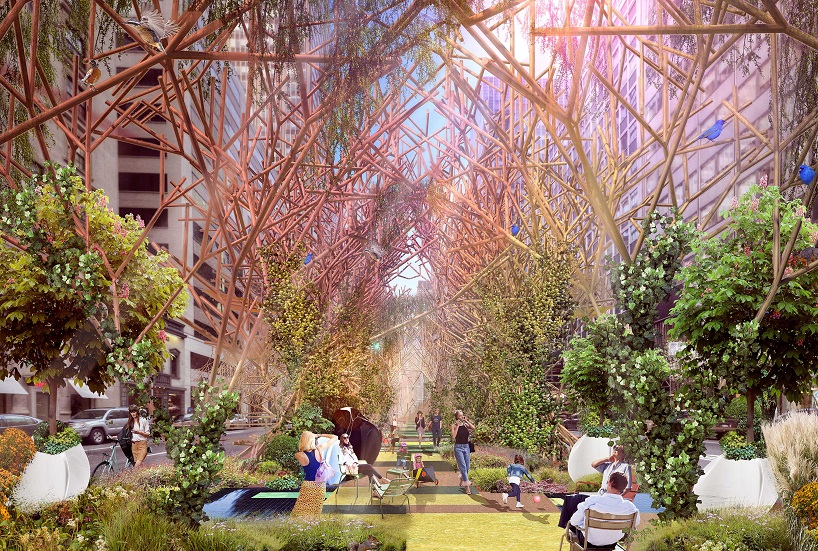 this primary contiguous canopy is combined with a restoration of flora and fauna endemic to eastern manhattan at the street level. limited by the impossibility of creating a real forest on park avenue, the designers have instead decided to propose a hybrid tree-like canopy in this structural bamboo that allows the team to create a flowing forest covering of a lower public space with numerous functions for the local community at street level while importantly providing a natural habitat for birds and insects. 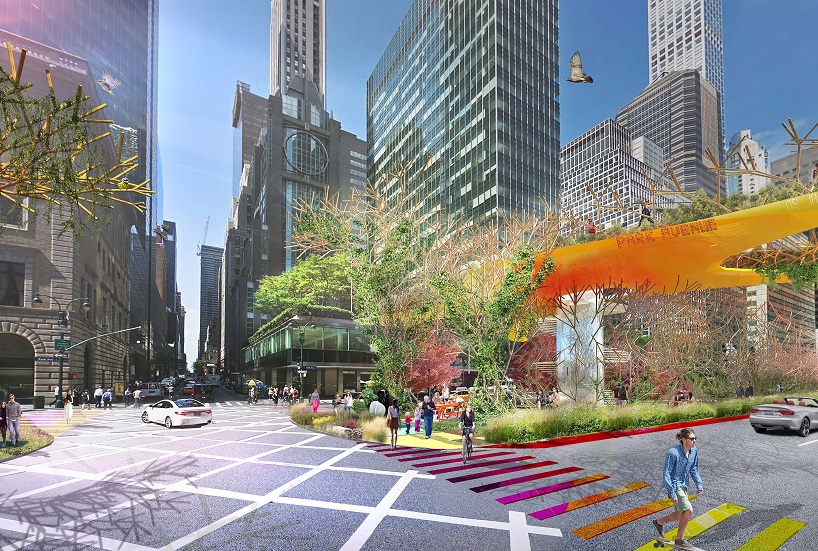 the complex tree-like forms generating a pattern that reflects light and shadow will visually engage visitors during the day and provide a vibrant light display at night. the design team believes that cities need a strong introduction of nature and ecosystems which has led the project team to this design driven by the direct and analogous use of natural materials and forms as biophilic design. 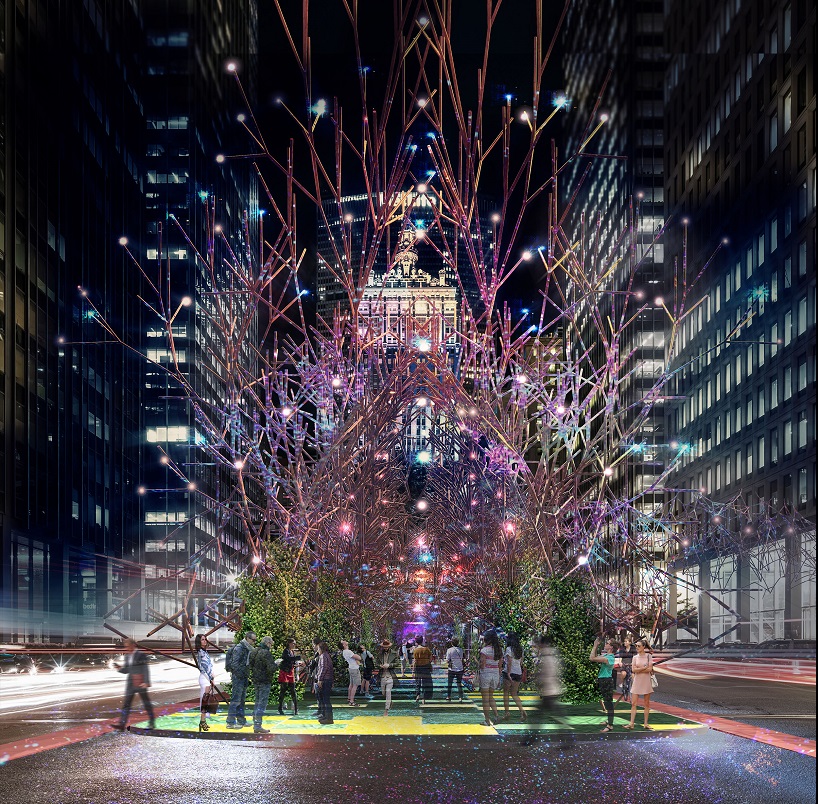 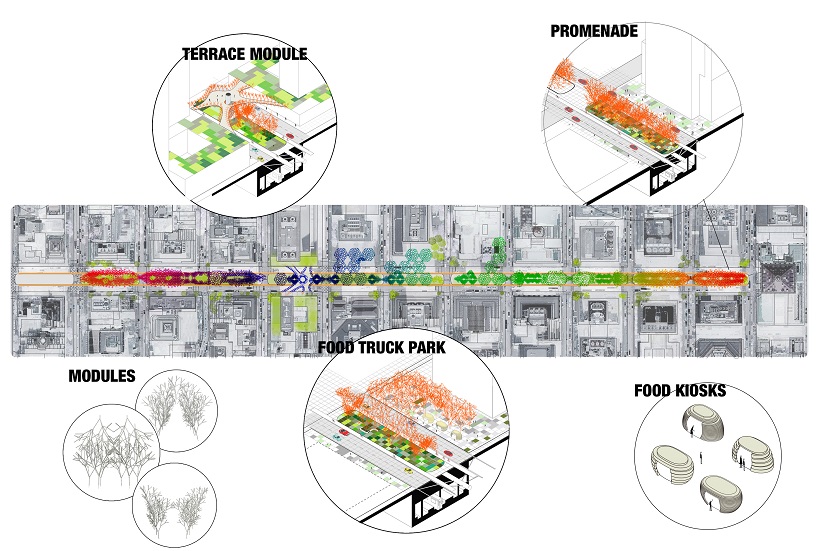 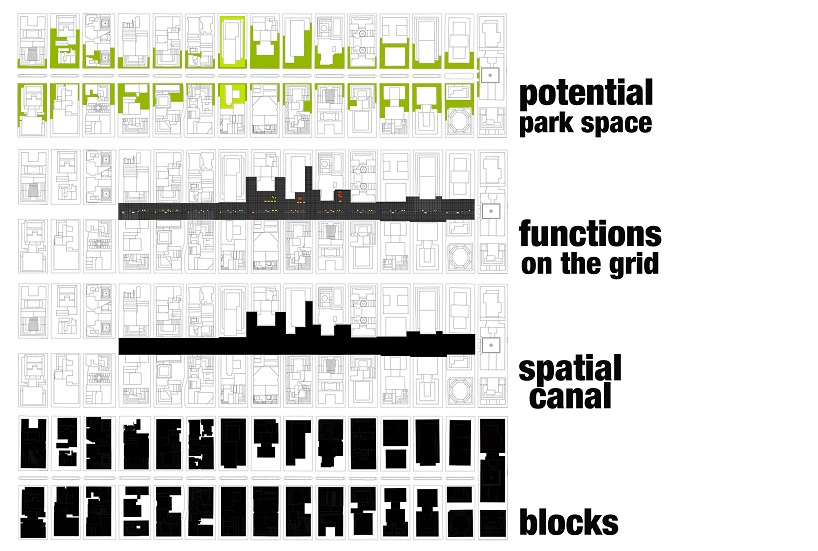 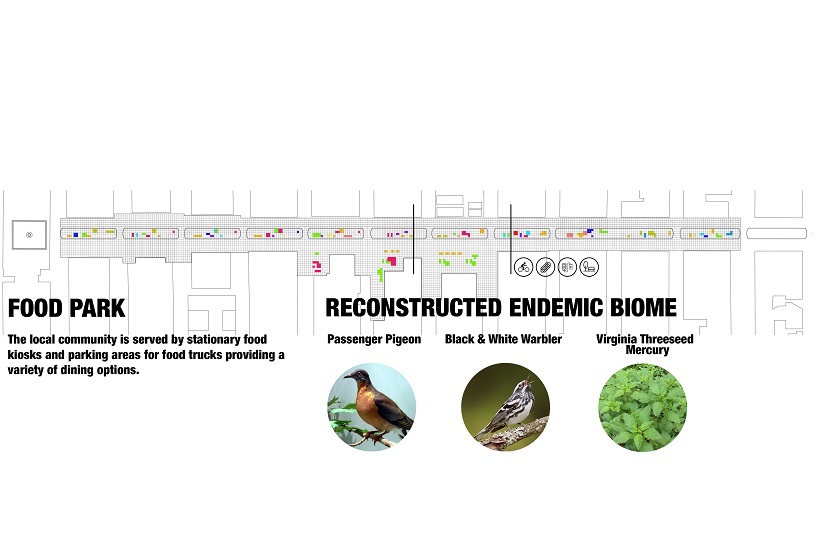 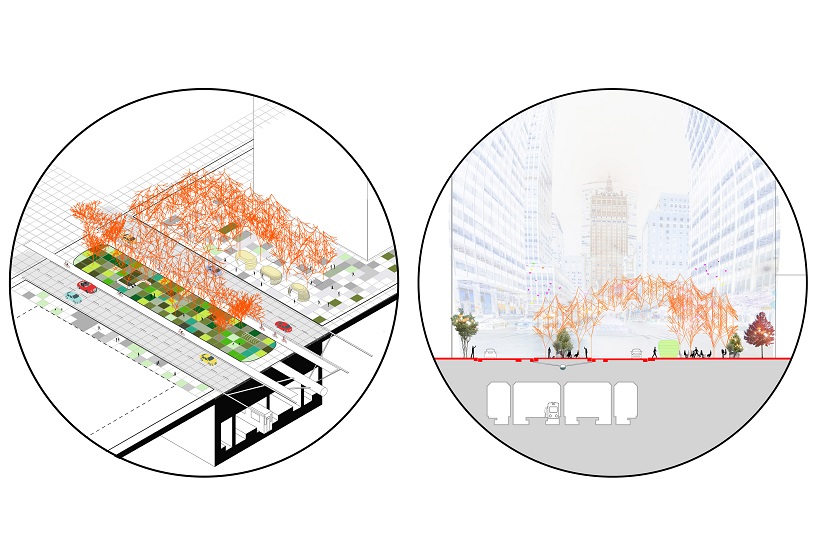 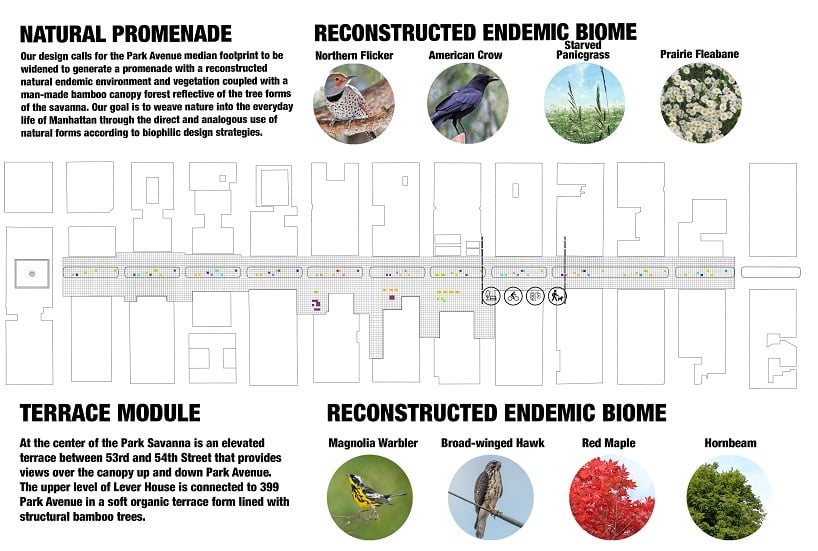 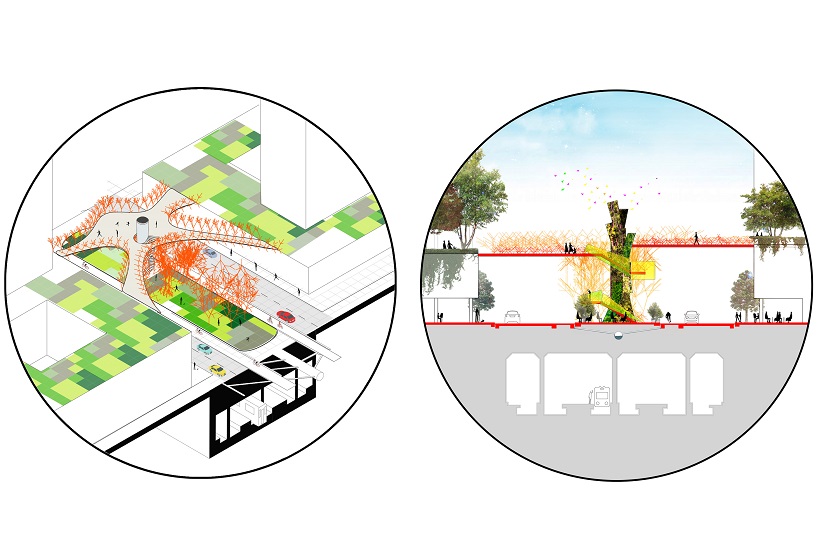 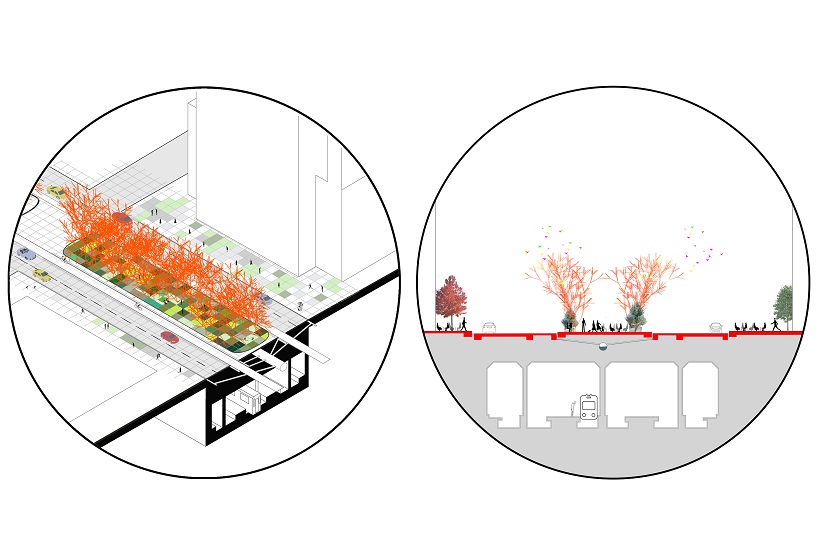 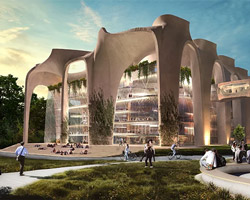 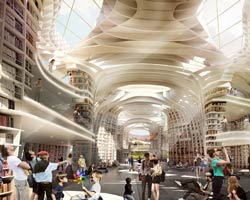 Mar 09, 2018
experience of knowledge: GAD's library in istanbul is a refuge made of overlapping shelves 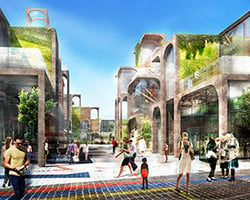 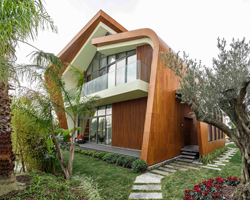