two contradicting elements were incorporated into the design of the ‘north london garden studio’ by london-based scenario architecture. the client is a choreographer/musician who wanted a place in which to think, write music and move freely. the brief was for a relatively large space with high ceilings, that didn’t feel like a separate building. an in depth analysis of the different activities that were to be performed and their relationship to one another helped generate the studio’s design. the backyard site is overlooked from almost every direction, so the challenge was to find a solution that allowed for a safe haven, while also letting natural light filter in from every direction. the building’s green sedum roof and dark wooden cladding are taken from typical garden-shed aesthetics, helping the den fade naturally into its surroundings – giving a sense that it has always been there. the partially submerged structure has been split into three sections and each part of the roof slopes at a different angle. this helped to break the surface’s continuous expanse and contributed to a structure that looks smaller than it actually is. the resulting form has a stepped east façade (facing the rear of existing properties) and a mostly glazed north façade, which opens to the end garden wall. a ‘secret’ patio at the back of the studio (adjacent to the garden’s back wall), has complete privacy and westerly views. windows and doors were carefully located following an analysis of the 3D views, in which cameras were placed in the neighbouring windows, simulating what, and how much, they can see into the space. the result safeguards both the client and his neighbours’ amenities, while maximising the use of natural light and sense of openness. the studio is designed to achieve maximum energy efficiency and reduced CO2 emissions, mainly via passive means – with high levels of insulation, air tightness and the use of recycled materials. constructed with insulated block work, the external cladding is made of reused scaffold boards, minimizing the cost and also inherent energy. the building’s thermal performance is greatly improved with the green sedum roof as it helps to promote biodiversity and improve local air quality through mitigating urban heat, while also removing airborne particles, heavy metals and volatile organic compounds from the local atmosphere. these contaminants are retained by the green roof, so their infiltration into the water system through surface runoff is reduced, improving the local water supply. additional sustainability measures include the triple glazed windows that have naturally finished wooden frames – with their location and orientation carefully placed for strategic solar gains. 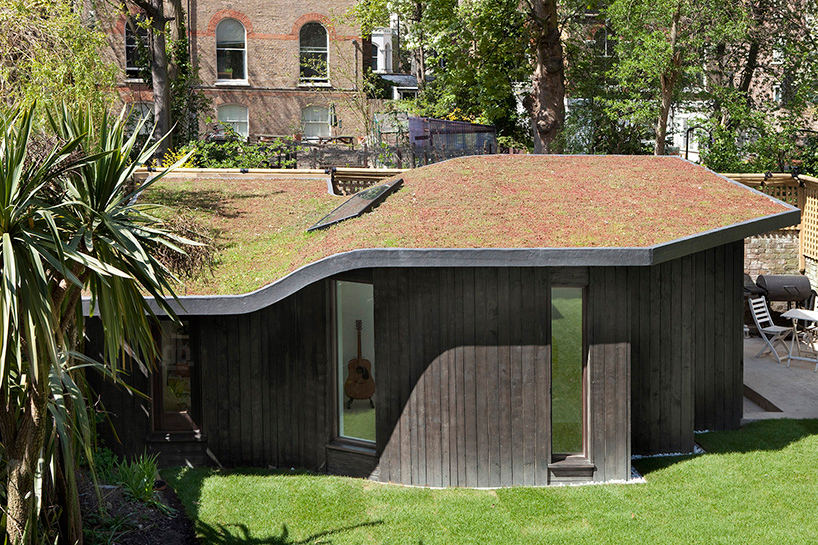 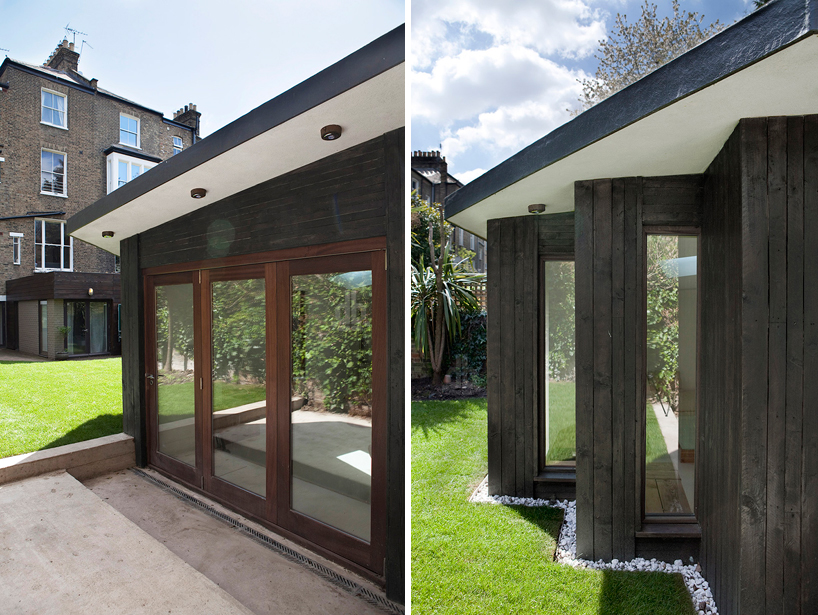 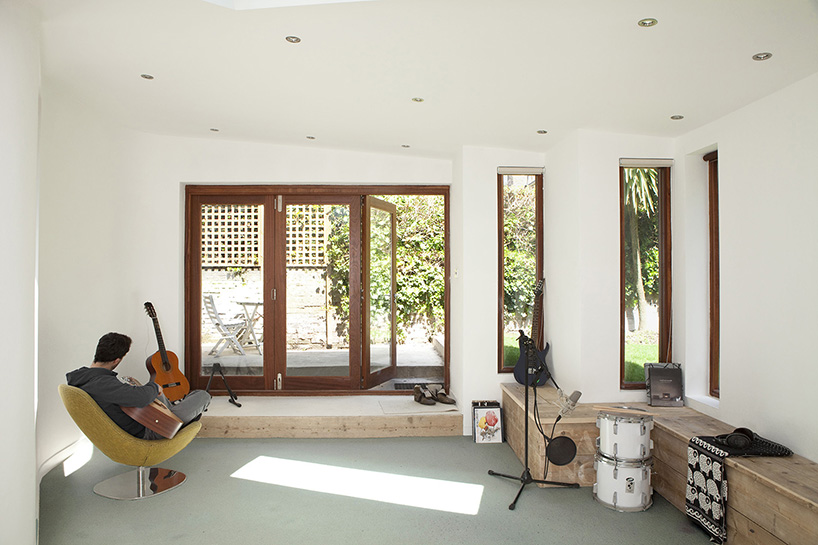 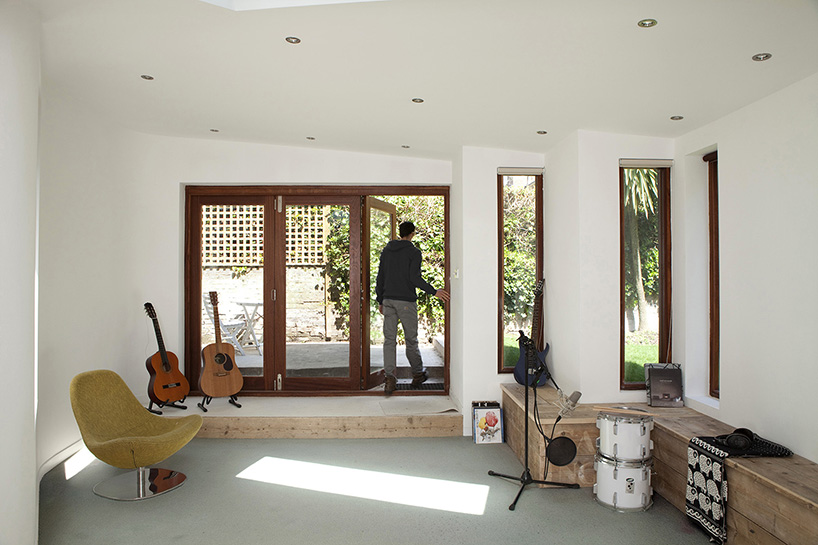 interior view out towards the patio 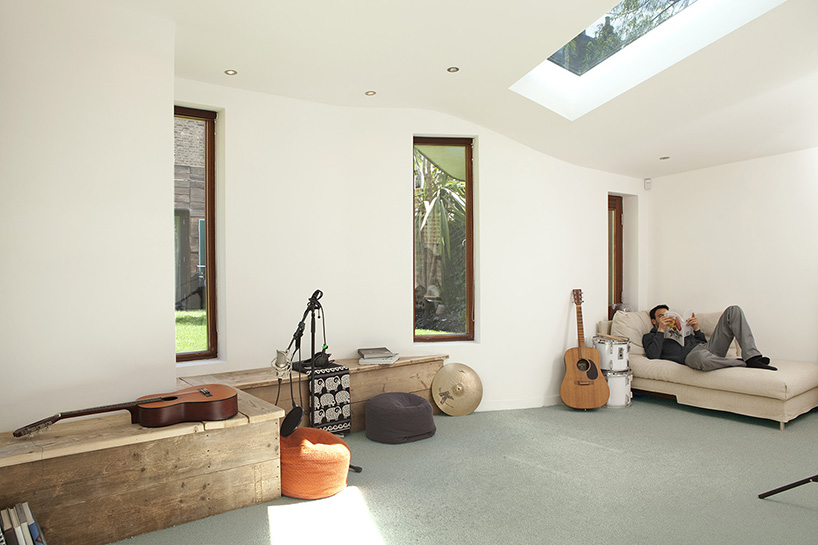 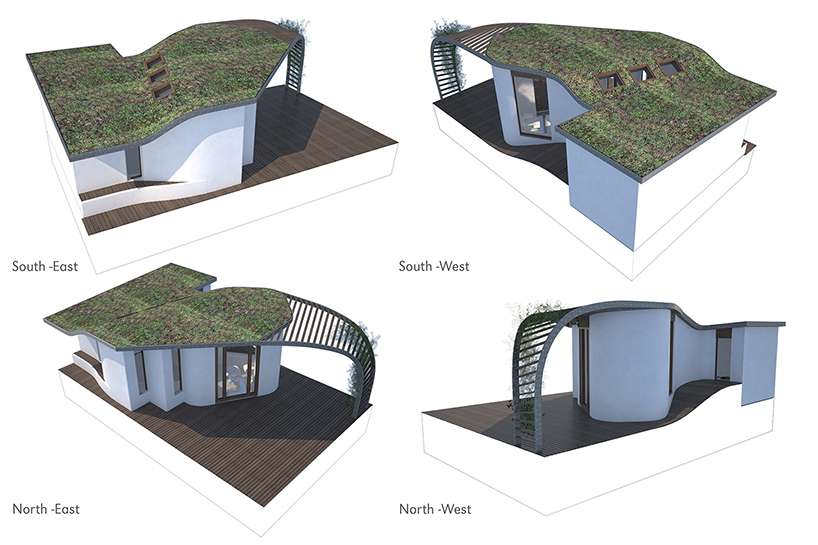 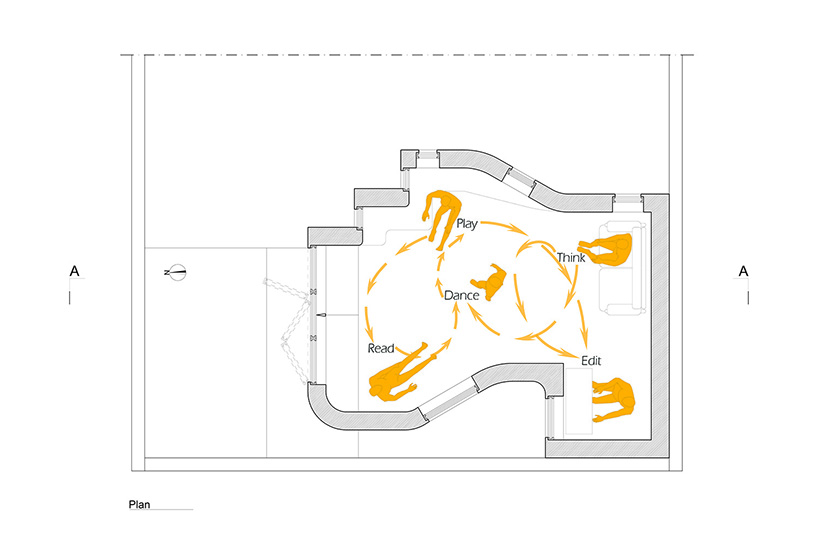 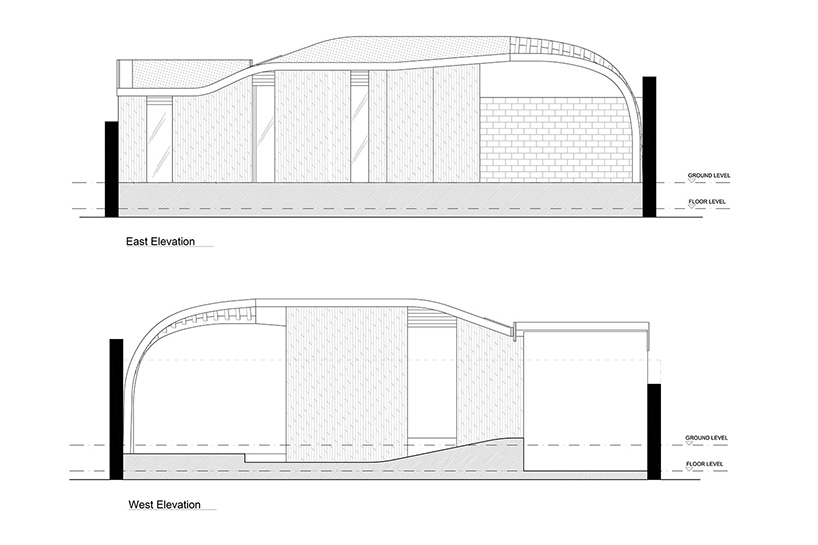 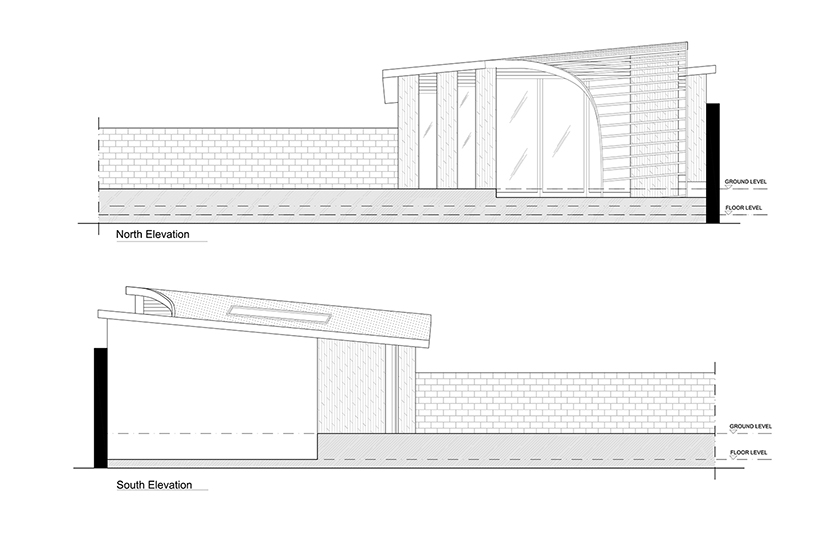