to celebrate the 100th anniversary of korean film, GBO has designed a temporary pavilion that invites visitors to watch a movie while taking a ride on huge robotic arm. aptly titled ‘AIR cinema’, the inflatable and nomadic structure intends to offer people a traditional film experience in the age of digital streaming. 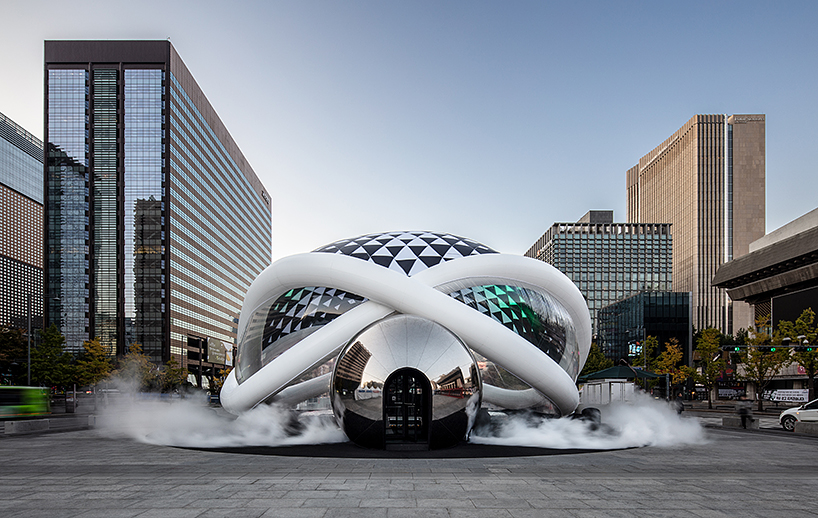 all images courtesy of image bakery and seo jae gyun

formed by GBO in an ellipsoid shape, the pavilion appears futuristic in its design. the triangular patterns on the ceiling restrict natural light to provide the optimum movie experience while also prevent the space from overheating. intersecting air pipes wrap around the structure in the form of an x-shape, giving the temporary architecture definition. easy to install and dismantle, the AIR cinema has also been developed to travel around the country with minimal intrusion. 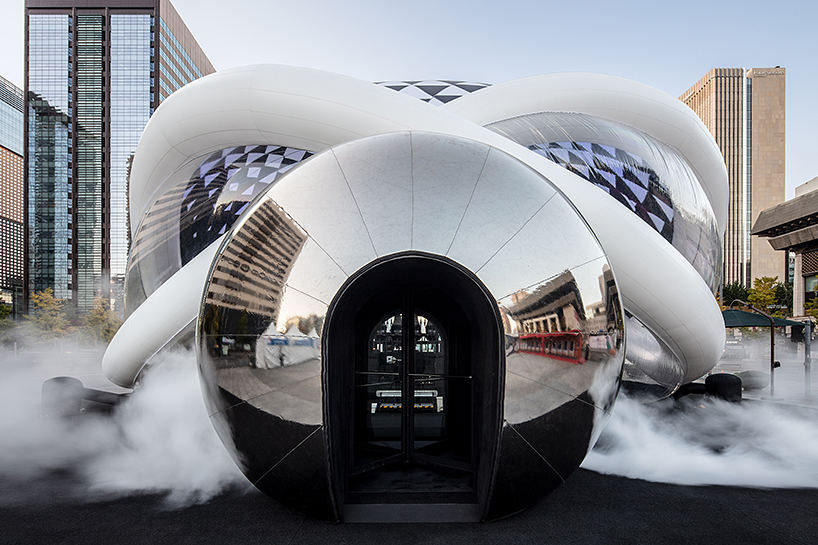 upon entering through a smaller mirrored sphere, visitors arrive inside the large space. here they can take a ride on the robotic arm while simultaneously watching a movie as they’re turned upside down and spun around. for the occasion, GBO has also transformed early korean films into high definition by using ‘super-nova’, which is one of SK telecomm’s AI technologies. 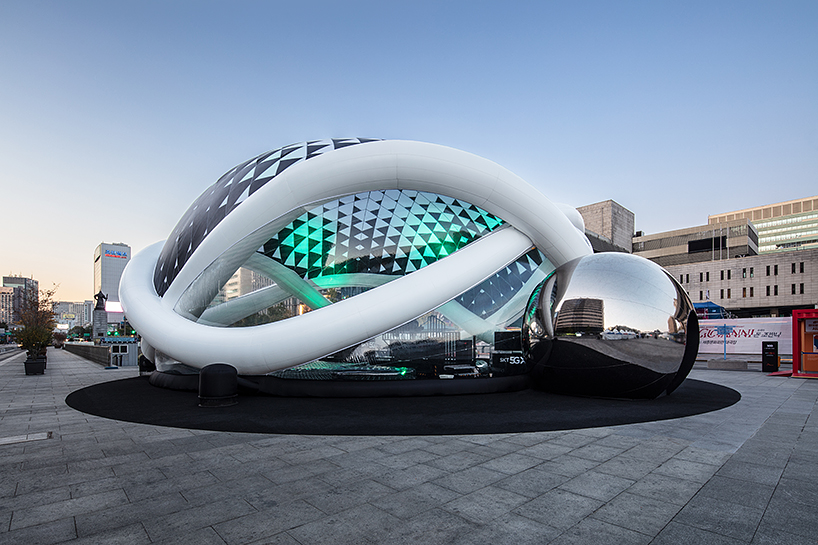 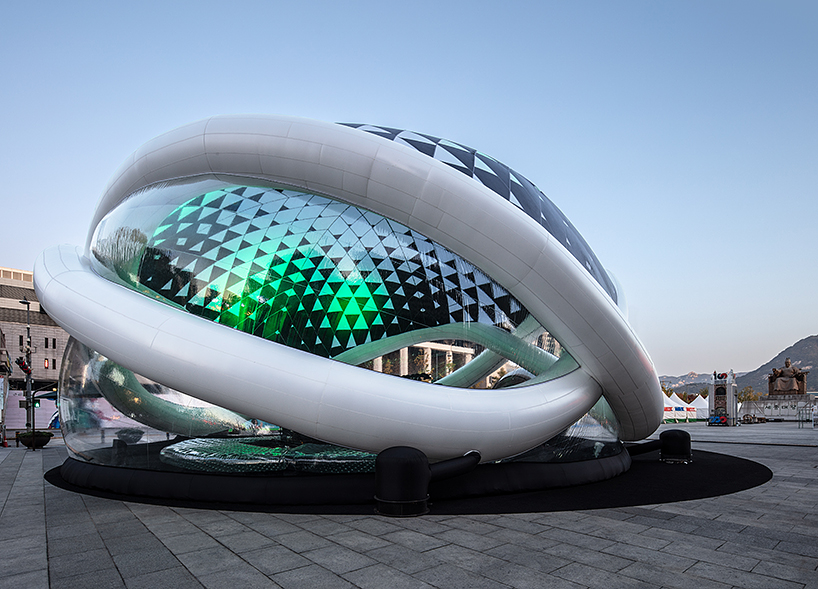 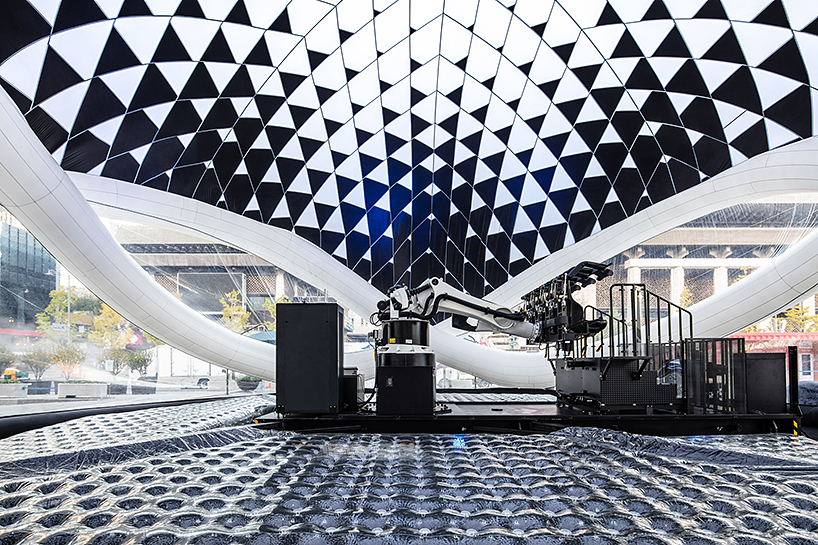 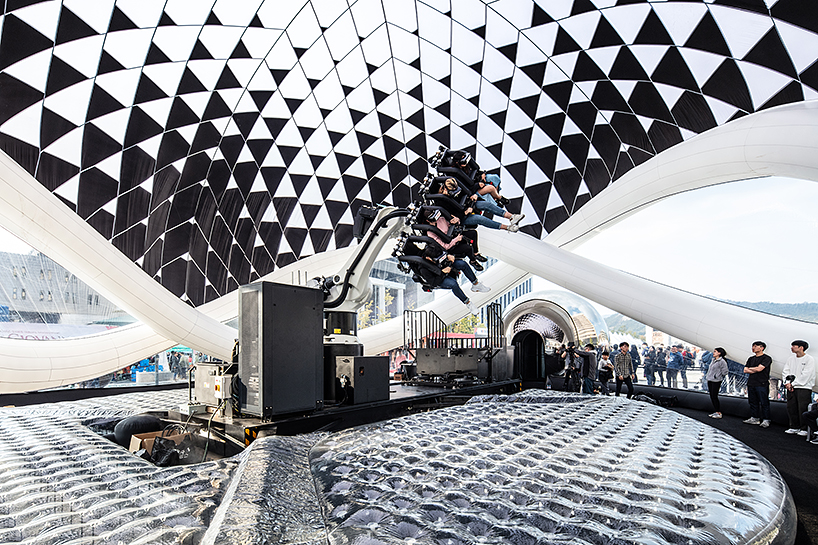 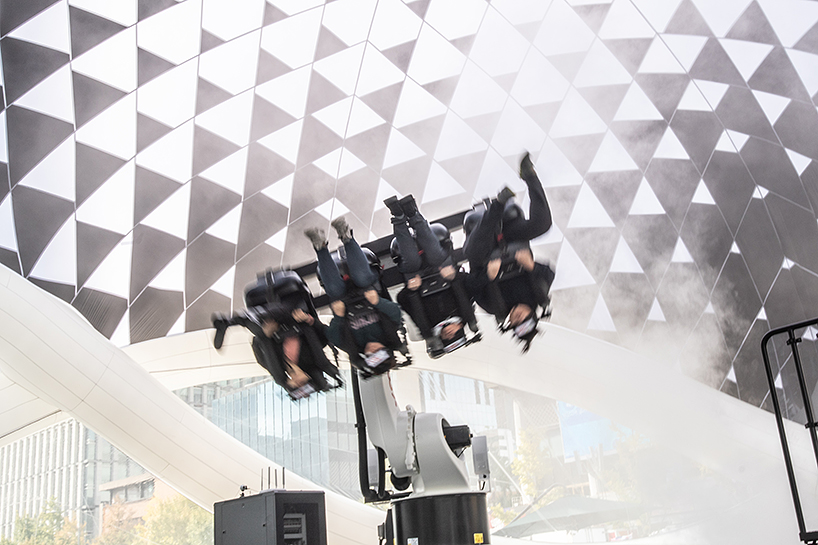 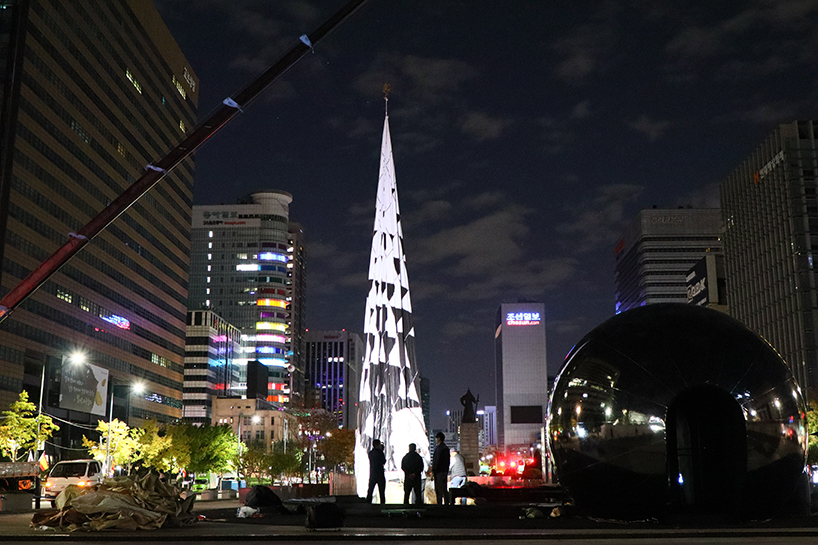 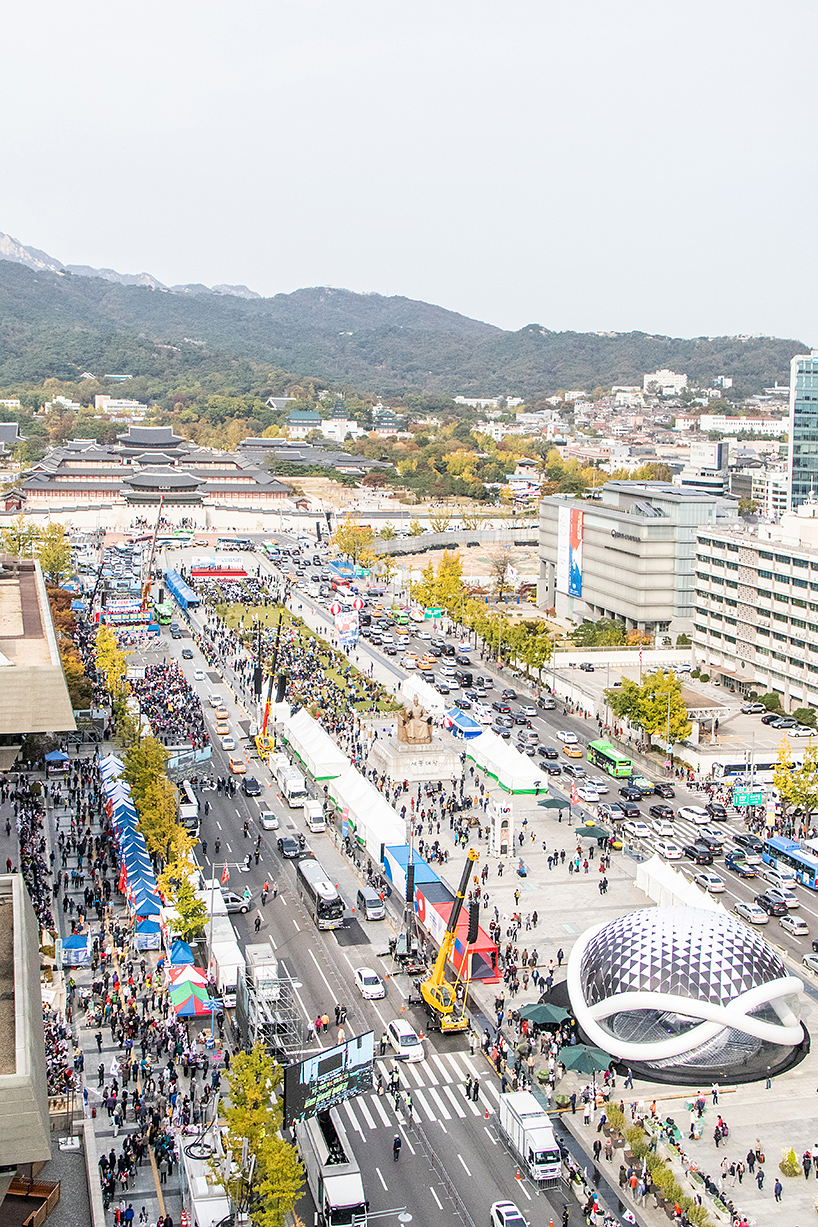 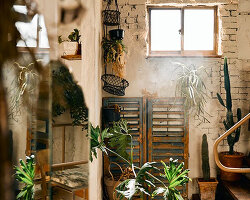 May 19, 2021
RMDF exposes the beauty of old materials for its own showroom and café in south korea 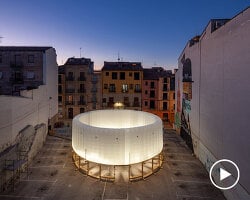 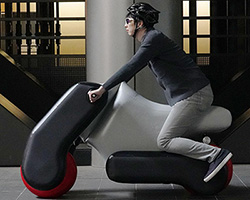 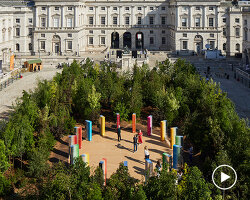 Mar 31, 2021
DOSIS conceives 'pipeline' as a reconfigurable structure that instantly activates its setting