‘tower infinity’ by american firm GDS architects is set to be the world’s first ‘invisible’ structure. via an LED façade system that will work with a series of optical cameras projecting real-time images of its surroundings onto its skin, making it ‘disappear’. positioned just outside seoul, the anti-tower is set to stand as a national landmark for korea which can be seen along the route between the city and its international airport. standing at 450m tall, it will be one of the world’s 10 tallest structures and will boast the third highest observation deck upon its completion in 2014. 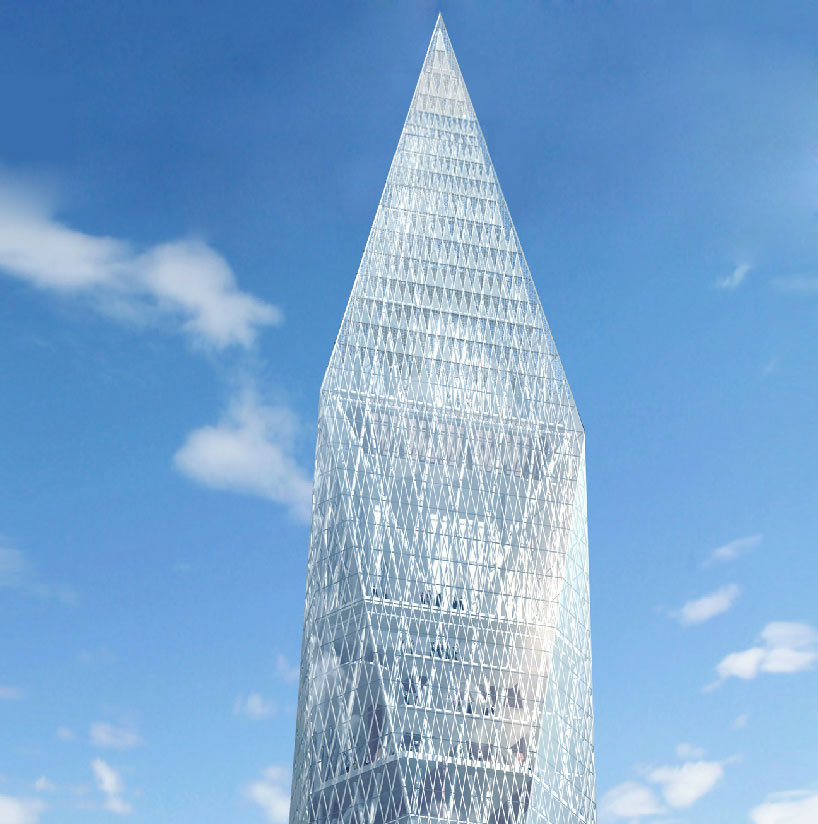 detail of the façade of the invisible tower, korea 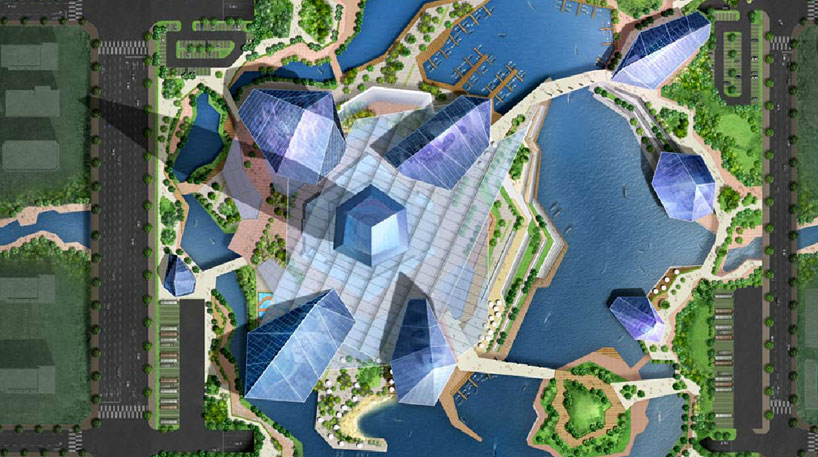 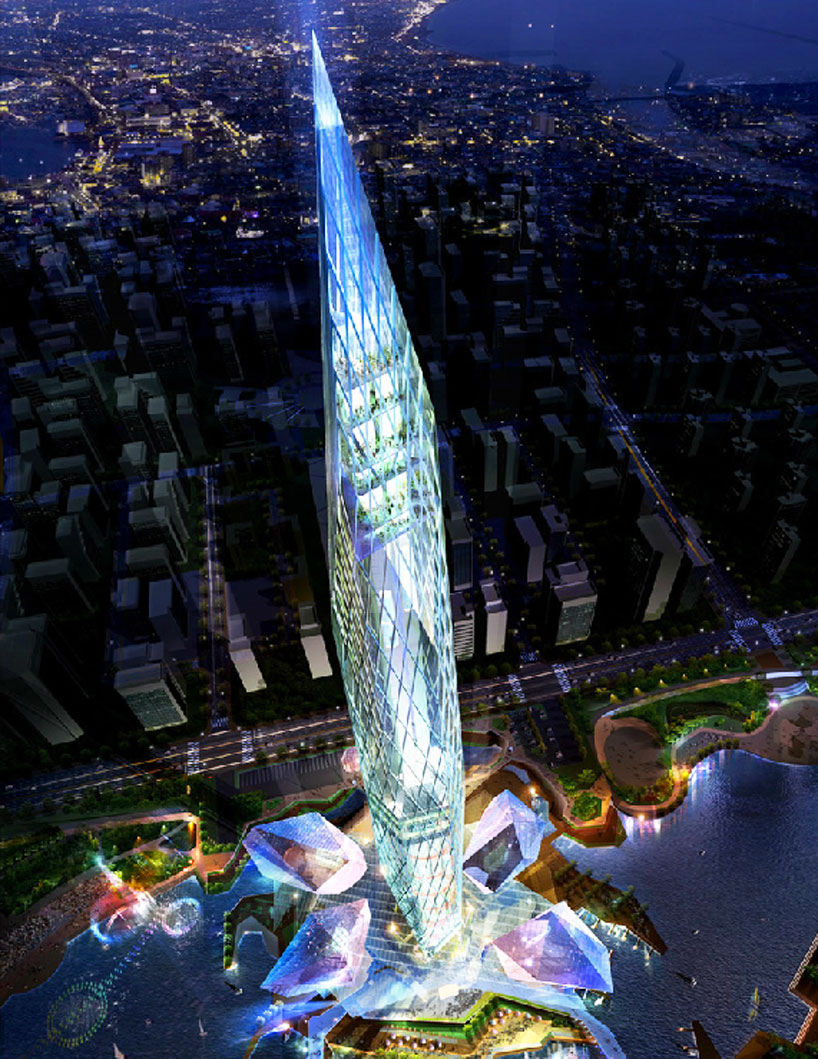