gens – association libérale d’architecture was commissioned by a public client committed to social programs to transform a vacant farmhouse which he owns in velle-sur-moselle in france, into a housing project for seniors. the proposal aims to create social diversity and to add contemporary features to the rural area.

three out of the four outer façades of the farmhouse are covered with fiber cement slate, following the local taste. the fourth inner façade was created by pulling back the volume on the upper floors, and was clad with not-glazed aluminum. the opening of this gap solves the problem of the old farm being dark and deep, defining the lighting quality of the upper dwelling. also, because the façade doesn’t face the street, its design doesn’t interfere with the character of the village. 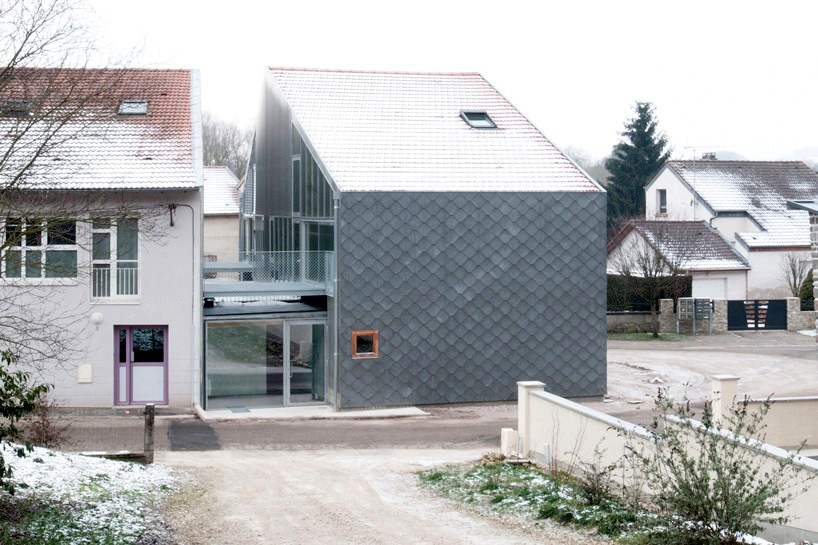 the outer façades are clad in fiber cement slate 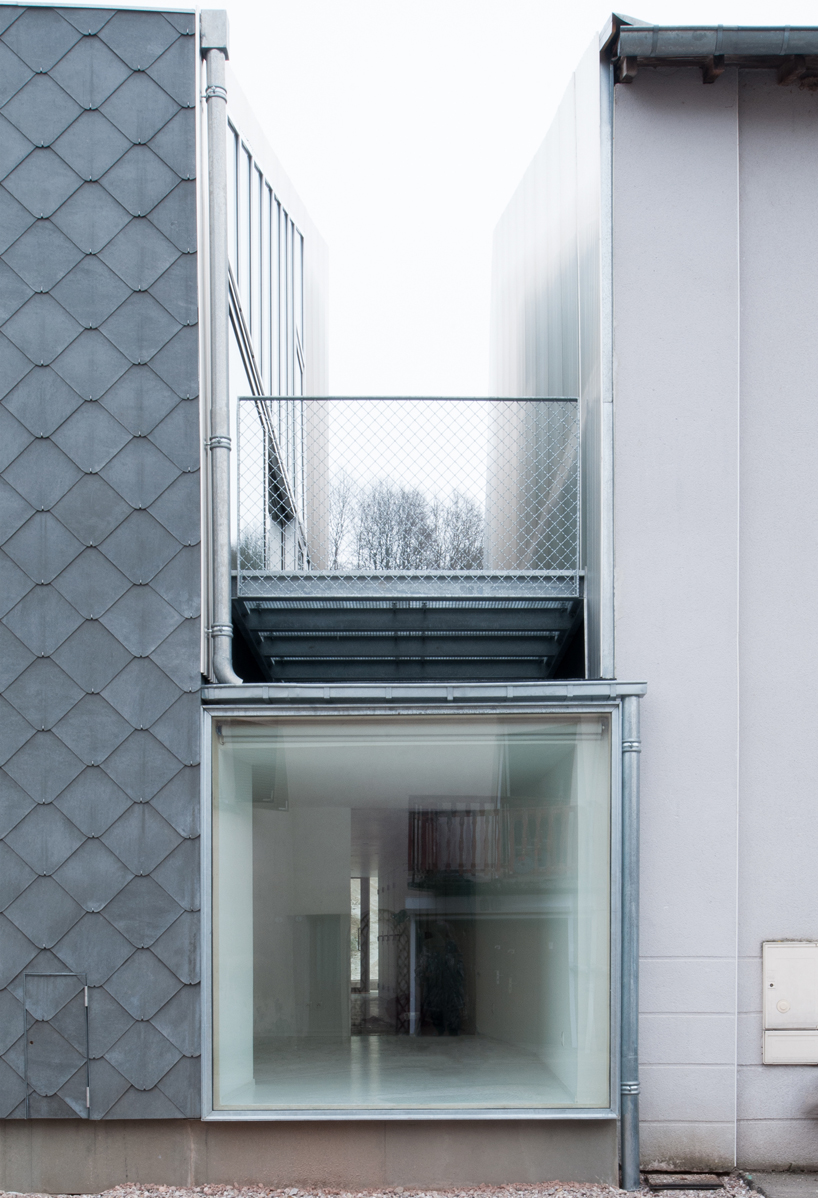 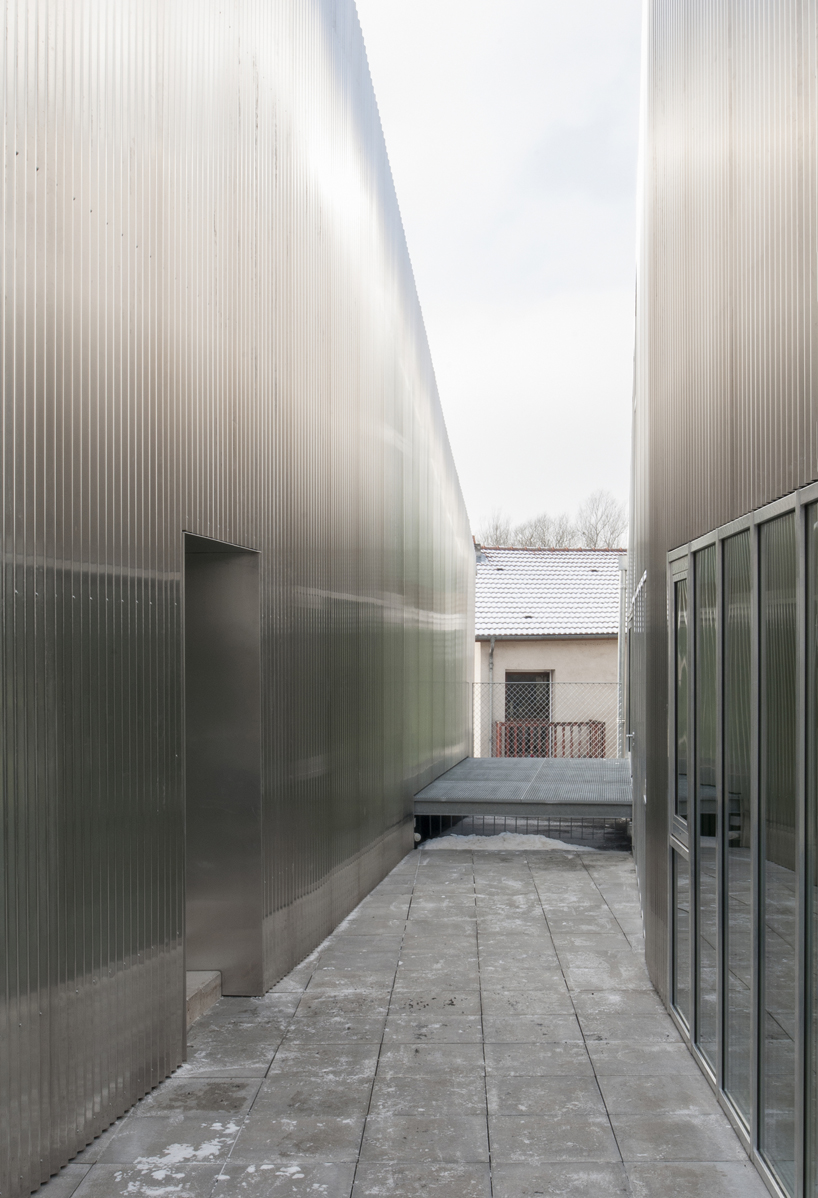 the inside of the gap was constructed with not-glazed aluminum 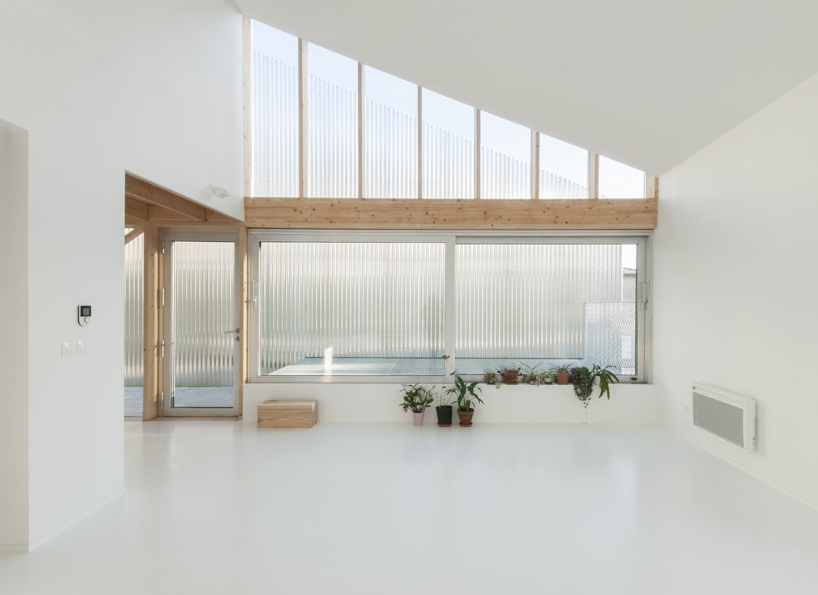 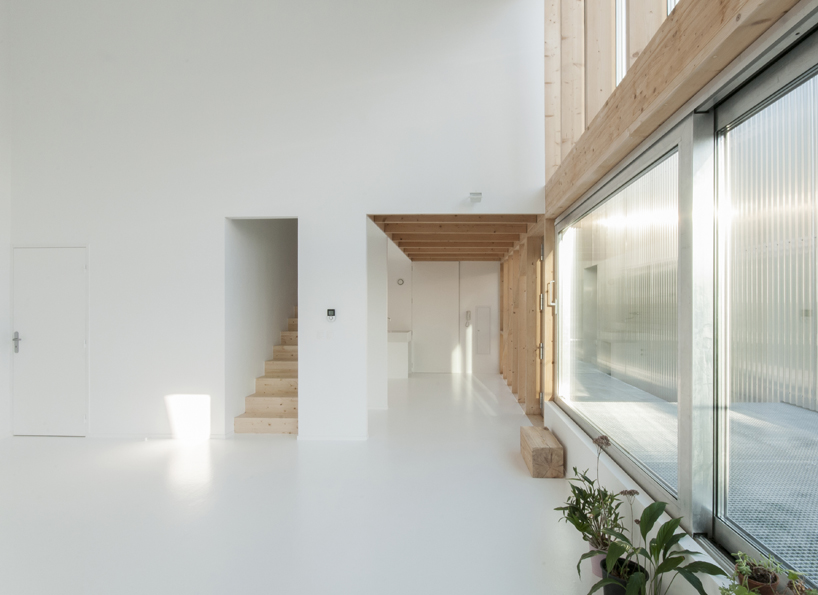 the whole south façade is built with glass 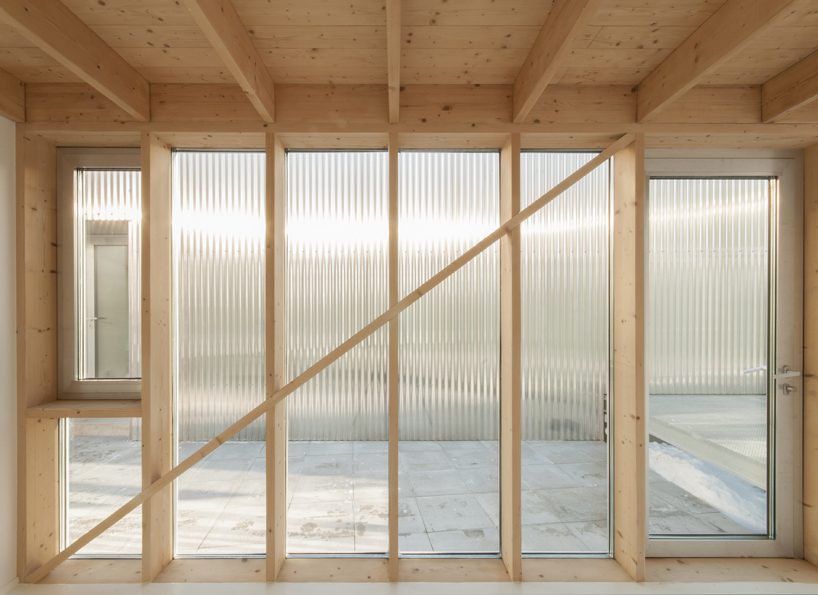 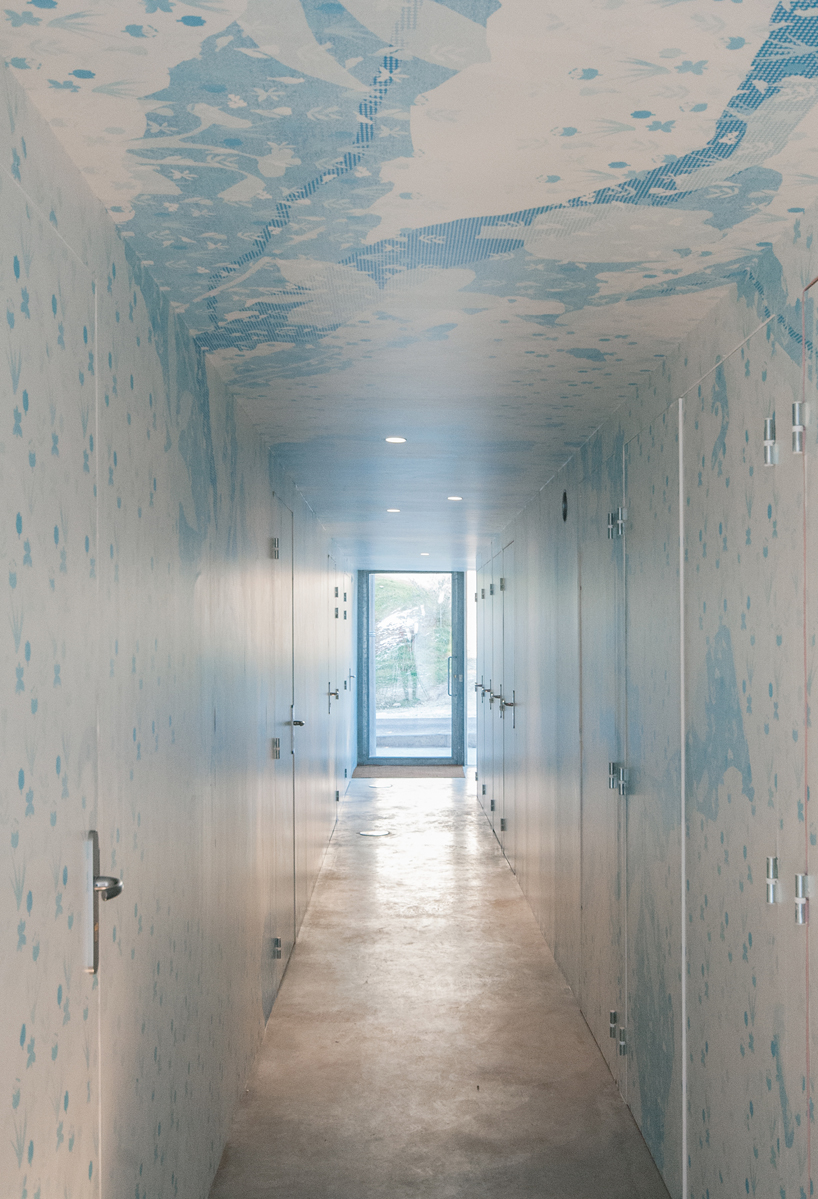 the common corridor guides the users to their rooms 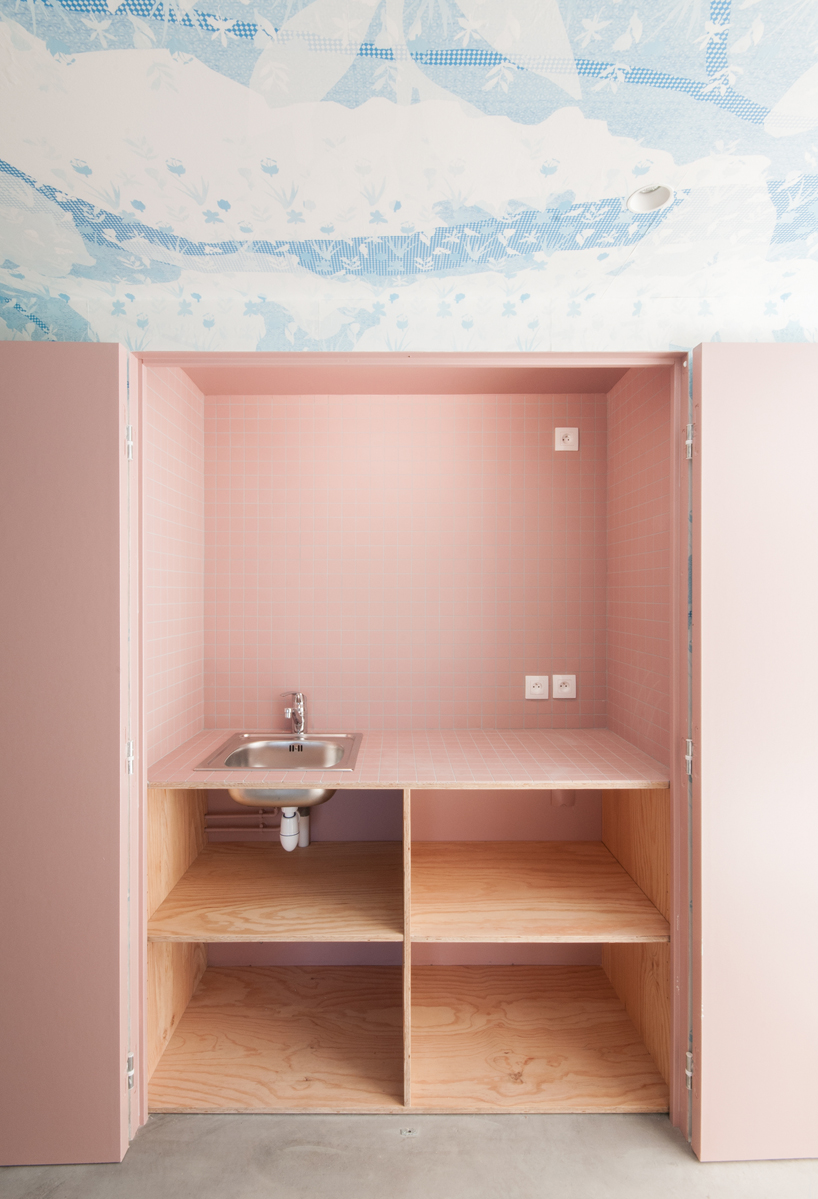 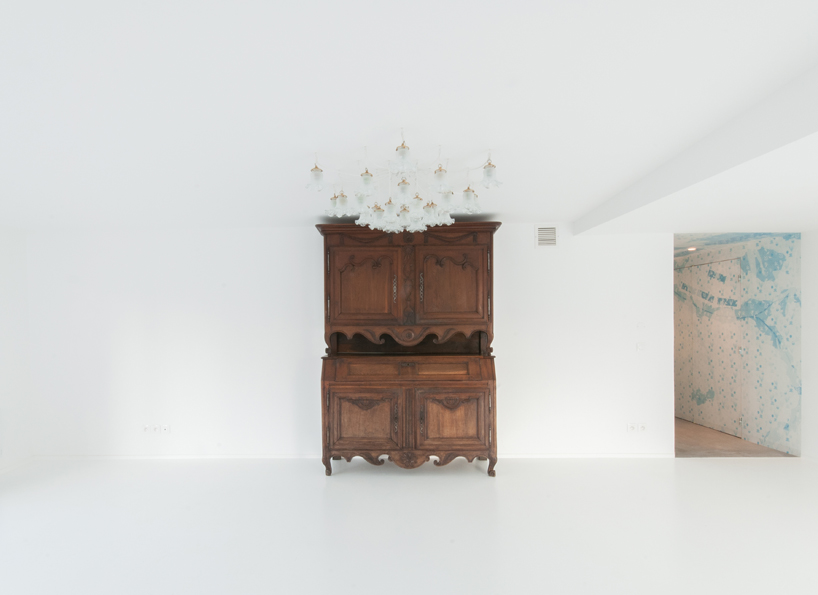 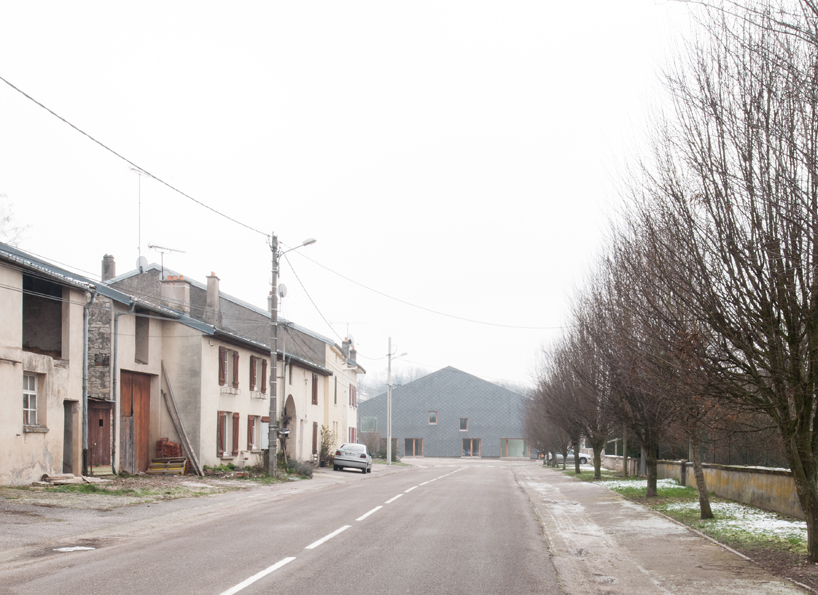 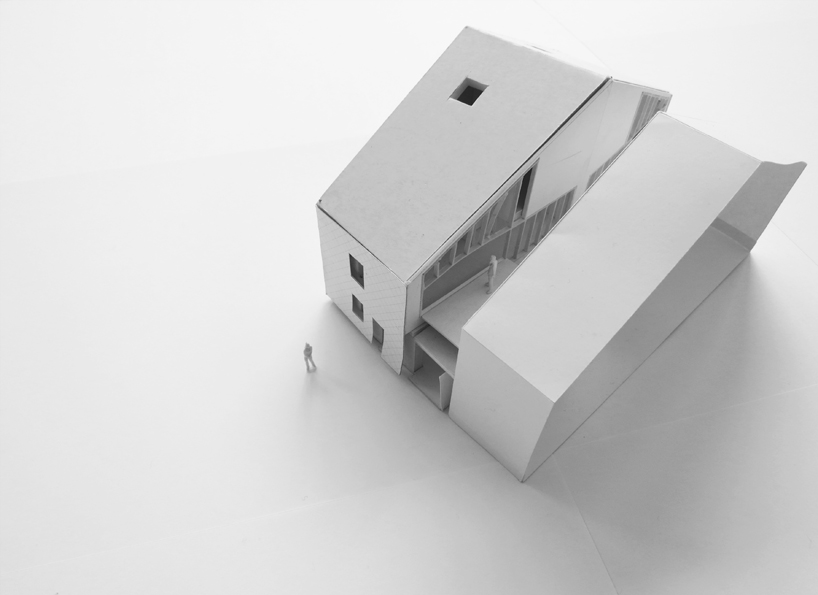 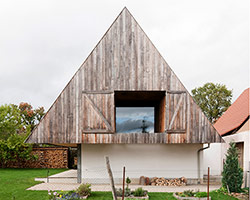 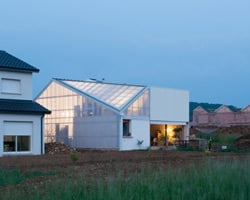