located in a densely populated neighborhood of boca del rio, mexico, and surrounded by homes without architectural identity, gerardo ars arquitectura has constructed ‘coral house.’ along with these characteristics came, ‘the need to create a project to break the monotony of the site, to give a new twist to the neighborhood and promote the interest of its inhabitants to explore a different, innovative architecture,’ ars said. in response, the design provides the basic needs of the client (a young family consisting of a couple and their child) and presents the message that a simple geometry can still create a provocative aesthetic. 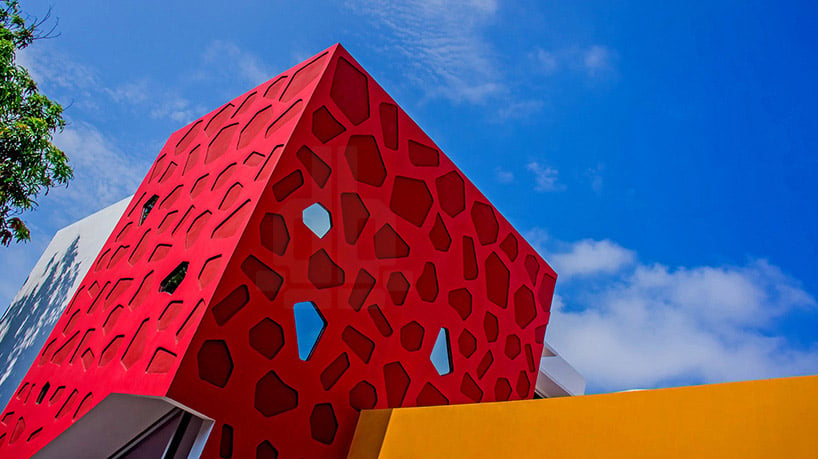 view of the windows from outside
photo © gerardo robles sanchez

the positioning of the structure within the center of the plot helped to take advantage of the climatic conditions of the area. the interior features fresh and airy spaces with a double height stair case that emphasizes the verticality of the residence upon entering the house. for the client’s automobiles, a two-car garage occupies the ground floor in addition to a children’s play area, living room, kitchen, bedroom and bathroom. up above, two bedrooms with two bathrooms reside on the second floor. 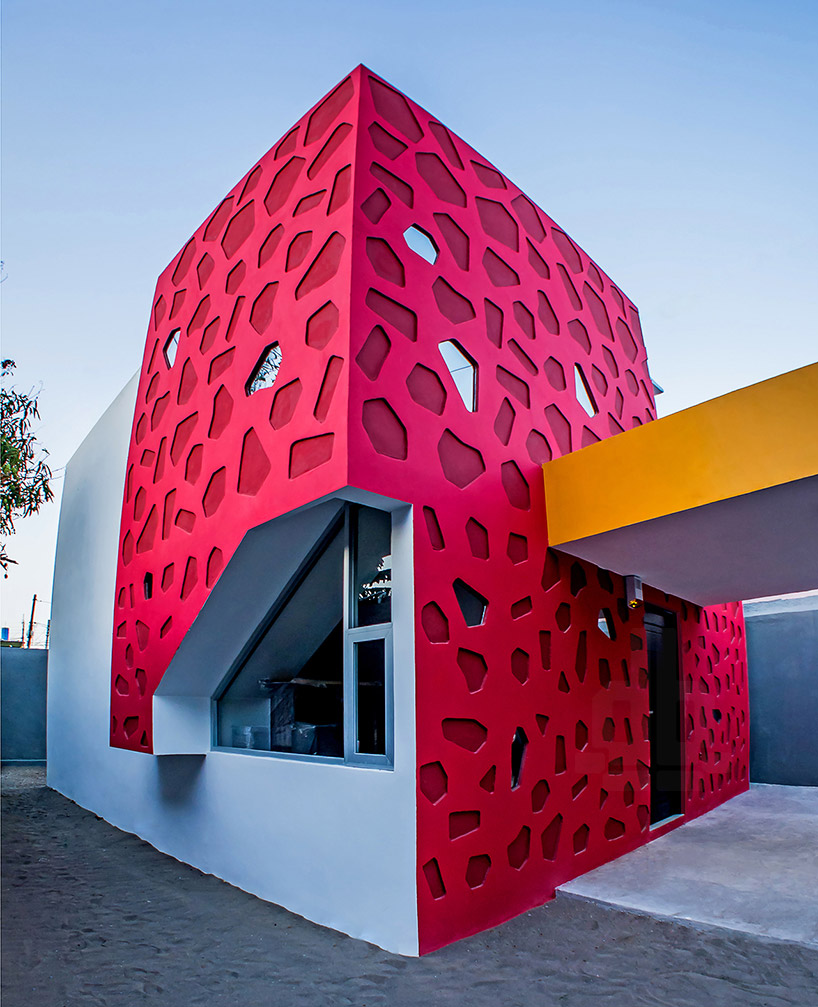 the red façade fully distinguishes the house from its context. influenced by patterns of coral that dress surfaces of the ocean floor, recessed polygonal panels that appear to be randomly allocated are intended to contrast the orthogonal shape of the cube. select pieces have been fully voided to illuminate the interior in an atypical way without sacrificing the privacy of the house. 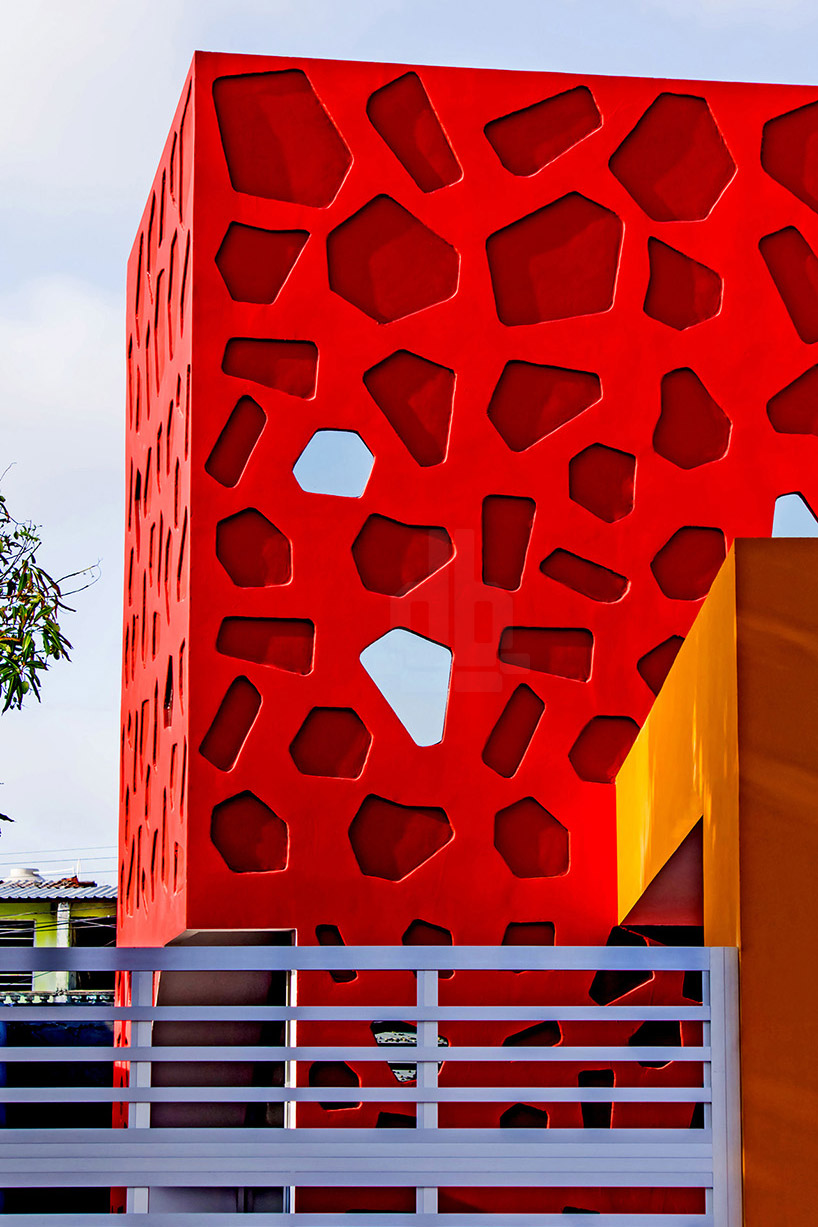 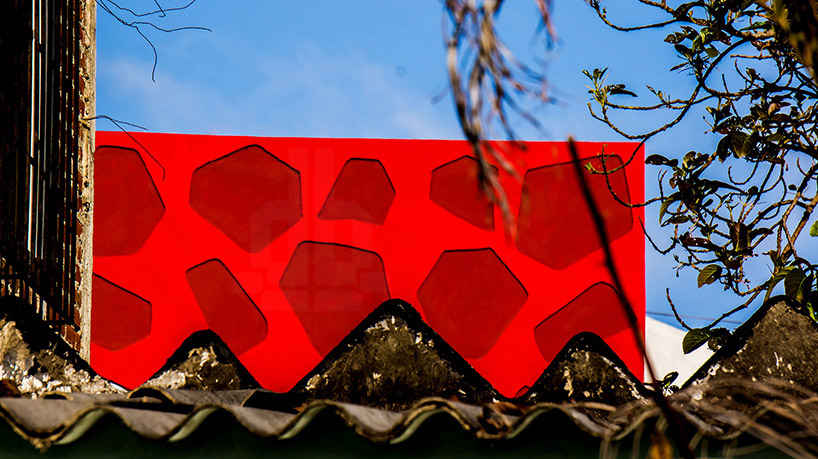 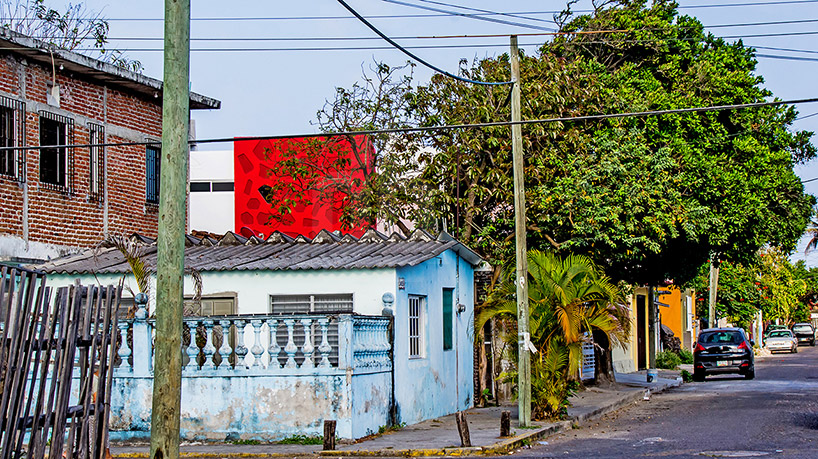 the house and the urban environment
photo © gerardo robles sanchez 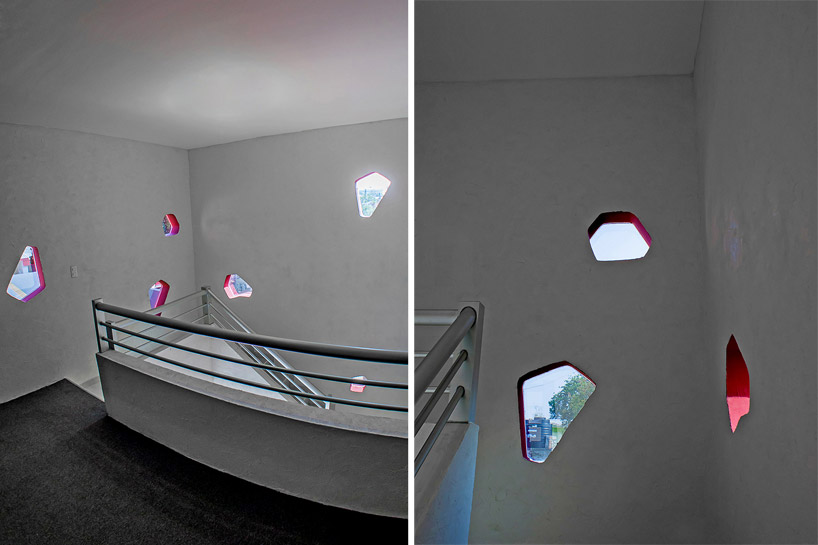 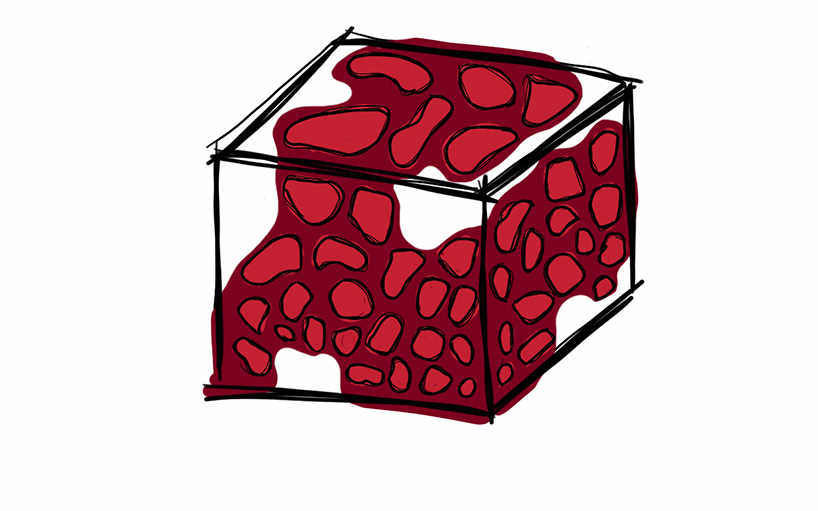 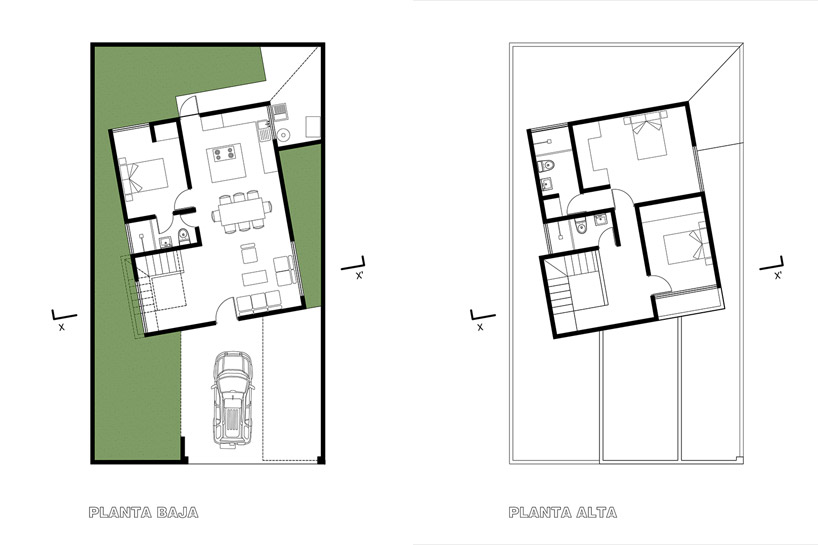 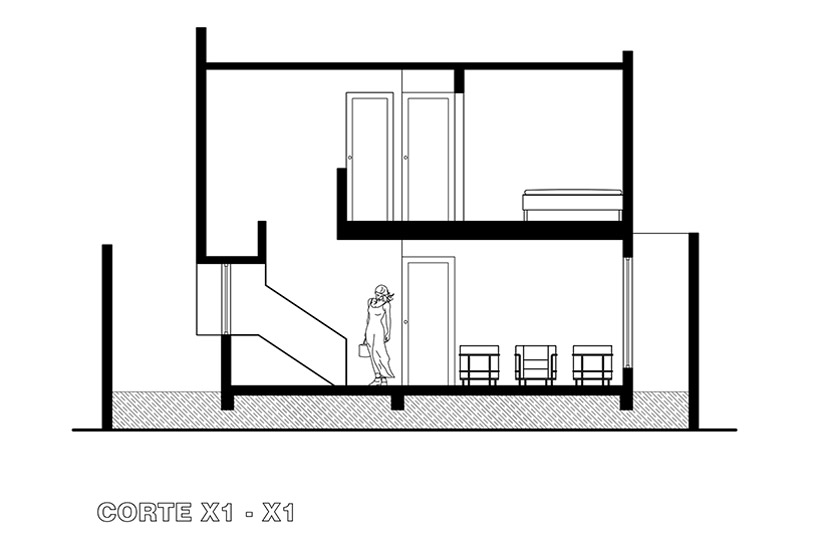 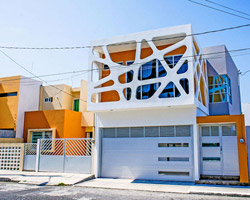 Jun 10, 2014
gerardo ars highlights the relationship of a family in three house

Sep 23, 2022
take a peek at the world's largest geothermal lagoon to be built in canada
construction is expected to start in march 2023.
architecture
436 shares
connections: +210