built on an irregular plot of land measuring 22 by 62 feet, ‘three house’ by gerardo ars is located in the town of boca del rio, at the port of veracruz, mexico. ‘the house is for our children,’ was an essential phrase from the client, serving as a basis for the development of the project. this idea led to the organization of the house as a set of three orthogonal modules, each containing programmed activities that work to meet the needs and concerns of the family consisting of a couple and their three children. the ground floor is occupied by both public and private areas: an entry, a garage, a living room, a dining room, a kitchen and a master bedroom. meanwhile, the upper floor equally disburses the children’s rooms to provide them with their own sense of place and privacy.

the environment and its geographical situation led the designers to generate optimal ventilation spaces, ensuring that the interior of the house remains fresh and bright without detracting from its architectural qualities. in addition, the aesthetically-striking façade helps bring natural light into the residence while operating as a lattice to mesh the children’s introverted and extroverted personalities with one another.  features such as solitude and security were necessary due to its location, resulting in a design that evokes a feeling of protection from the outside, and whose form reflects the mix of housing typologies in the surrounding context that have developed from urban growth in recent years. 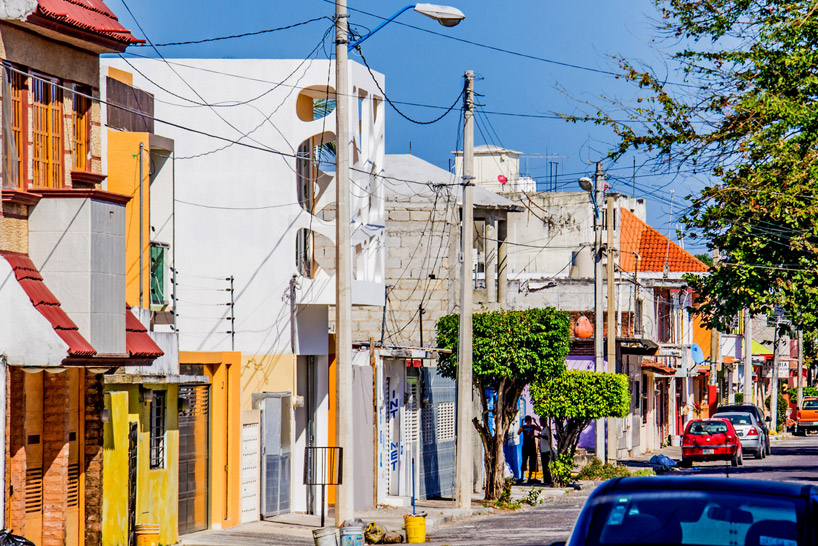 the facade among its neighbors along the street 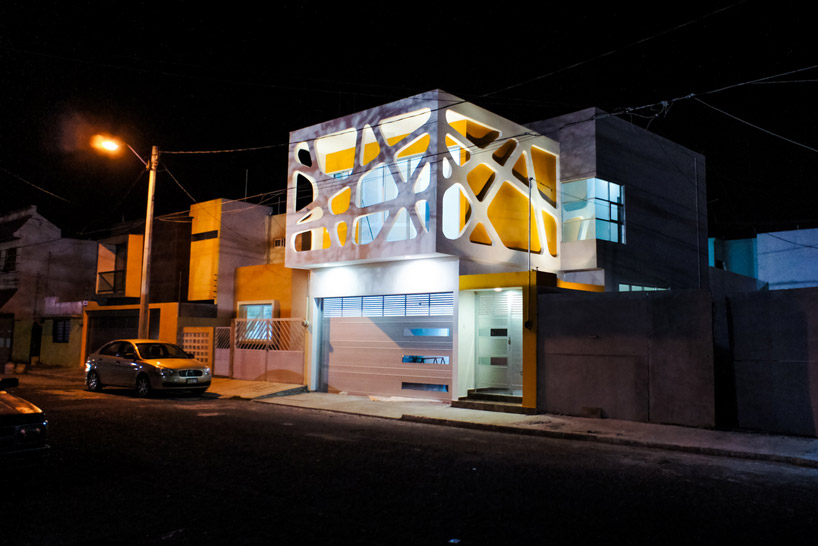 the facade lit up at night from the exterior 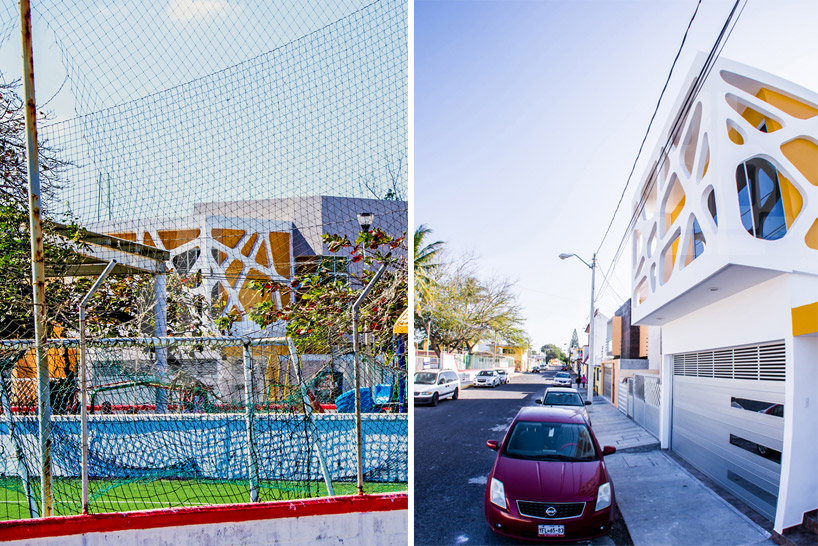 views of the residence from the exterior 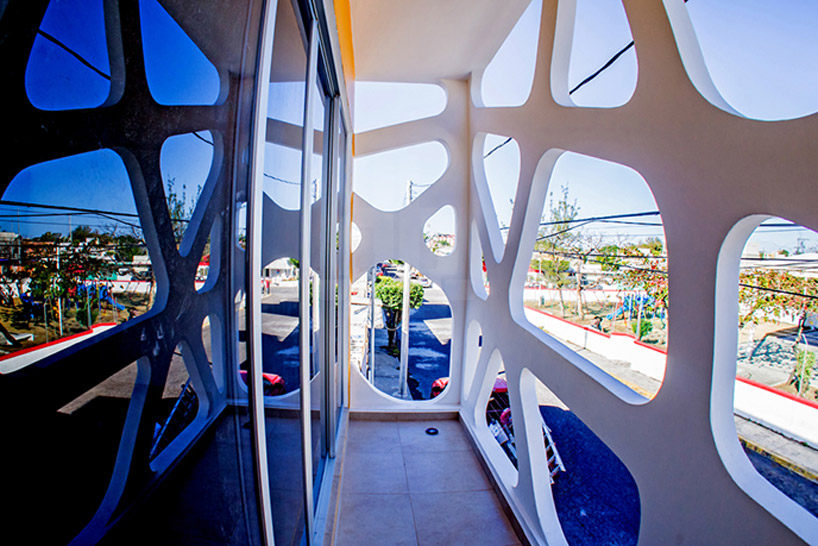 a balcony is enclosed by the lattice facade 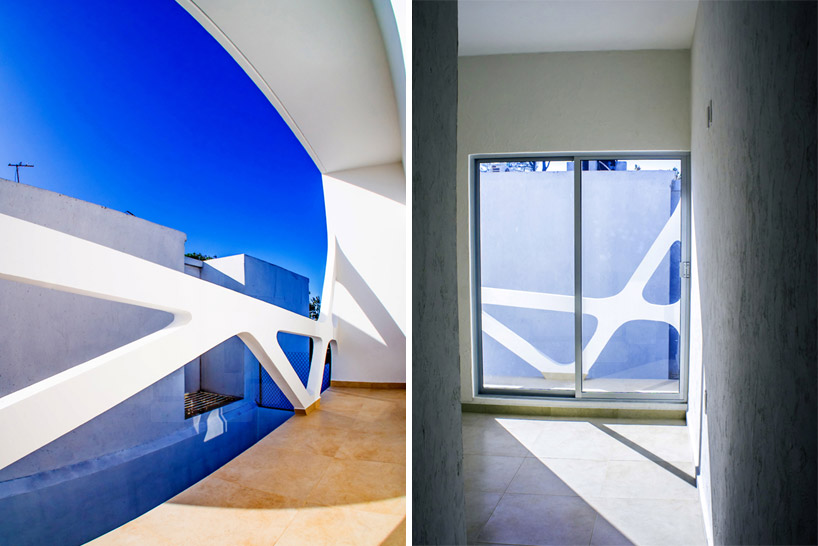 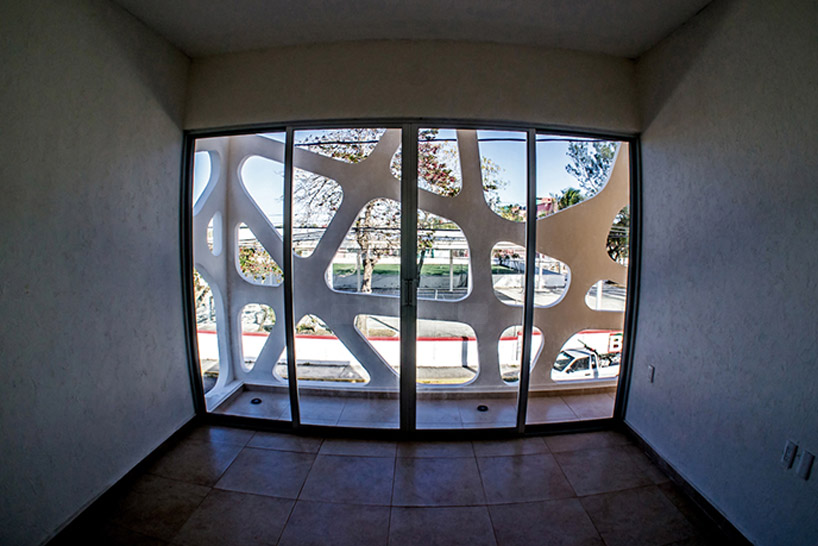 view to the outside from a child’s bedroom 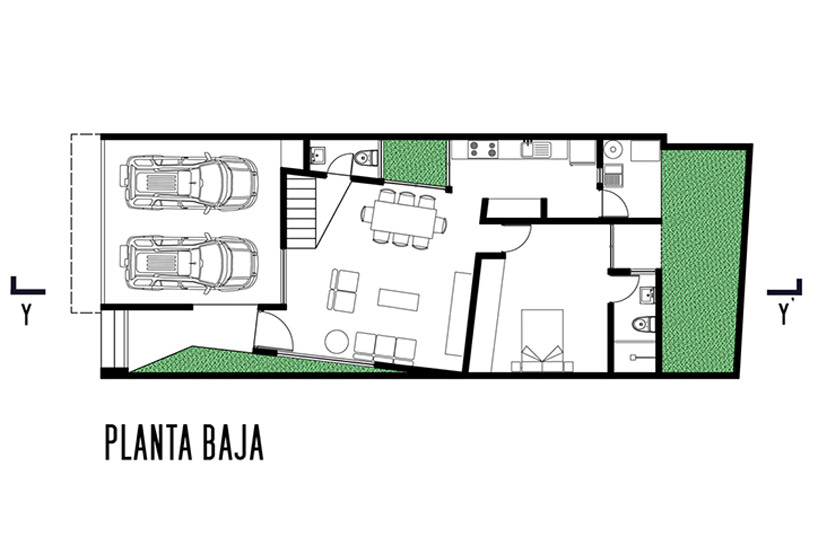 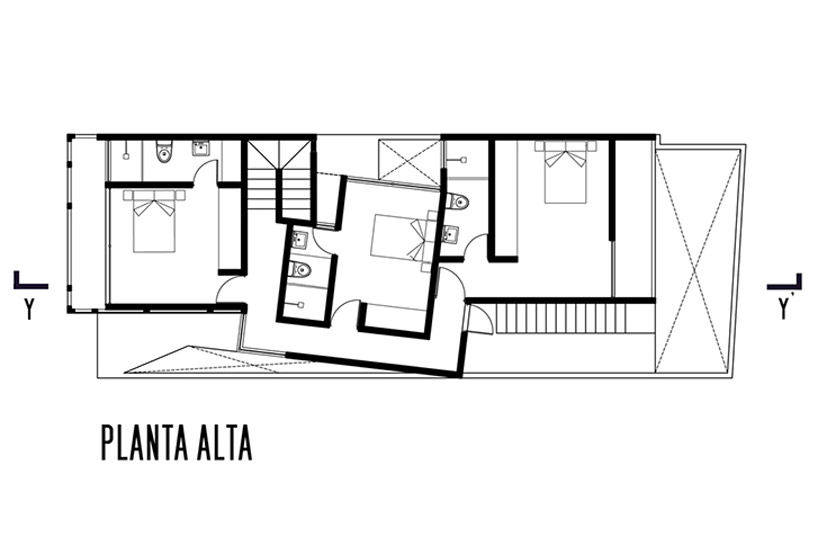 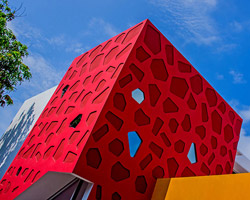