dortmund-based gerber architekten has been selected as one of two winning entries for their proposal to the ‘noble quran oasis’ museum competition. responding to its location near the holy city of medina, saudi arabia, the design contrasts the barren volcanic landscape with a vegetated circular form. this pure overall geometry is subdivided by an irregular network of lines which create angular spaces, and in turn result in a folded plate roof. the scheme situates the building volume in the wadi (valley) land form, which results from a dried up river. 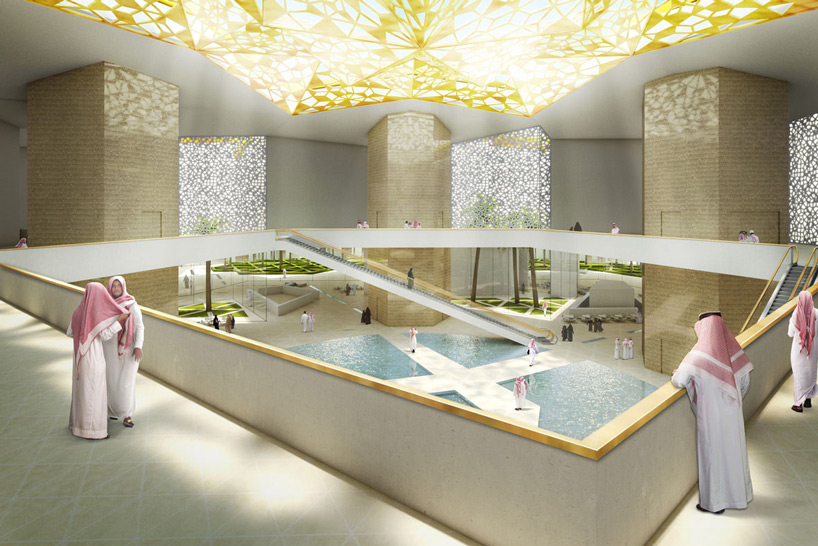 the structure’s roof is composed as a series of disparate angular pieces reminiscent of traditional islamic ornamentation, and is coated with gold-colored photovoltaic panels. this distinctive element is complemented by the complex’s vegetated landscape, which refers to classical arab gardens and illustrates central teachings of the quran.

the museum is accessed via two terraced entrances which step down on either end of the existing wadi topography. visitors pass underground and into a tall central atrium, which receives plentiful daylight through the perforated roof. a pond is situated at the middle of this large open space, with paths providing circulation through 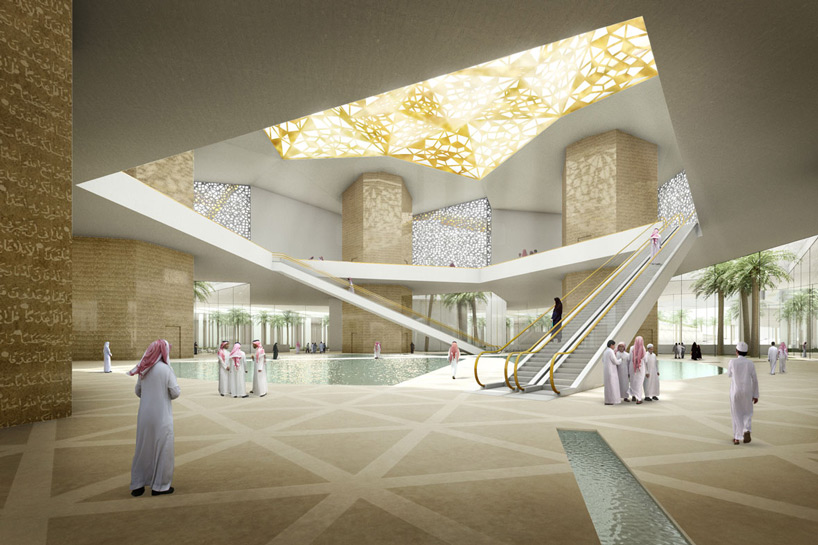 the exhibition spaces are distinguished by the five pillars of islam (shahada, salat, zakat, sawm, hajj), and are arranged into three separate interactive routes, which portray the history of the religion’s culture and the quran. the tilting and shifting composition of roof plates produces diverse lighting atmospheres in the column-free galleries below. 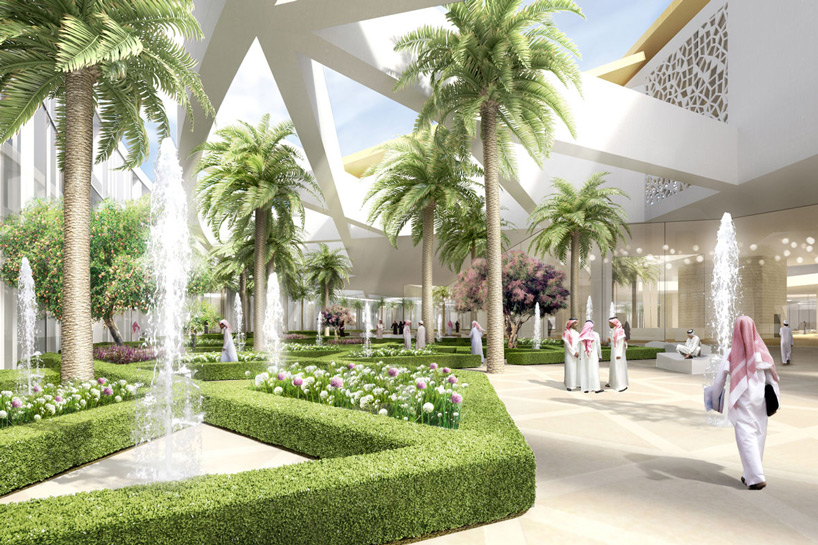 a mixture of spaces are arranged around the central plaza on the lower level, including a conference center, library, auditorium, mediatheque, seminary rooms, and an educational area. patio courtyards are interspersed between these programs, and take different themes to create variety throughout the complex. these botanical gardens serve to inform different target groups of visitors about plants in quran teaching. 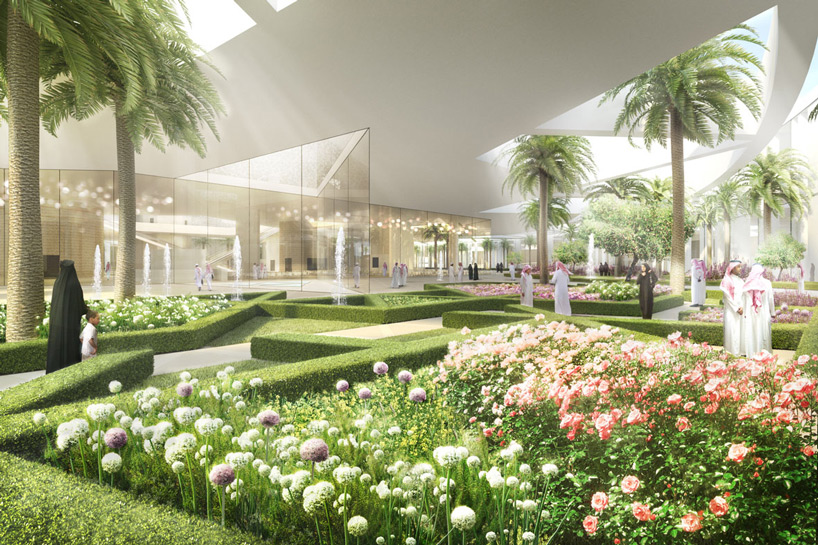 medina, often known as the ‘radiant city,’ is the second-most important place for islamic pilgrimages, after mecca. the 200,000 sqm site for the ‘noble quran oasis’ is located to the north-east of the city’s center, about 12 km from the prophet’s mosque, and in close vicinity to the prince muhammad ibn abdul aziz airport. 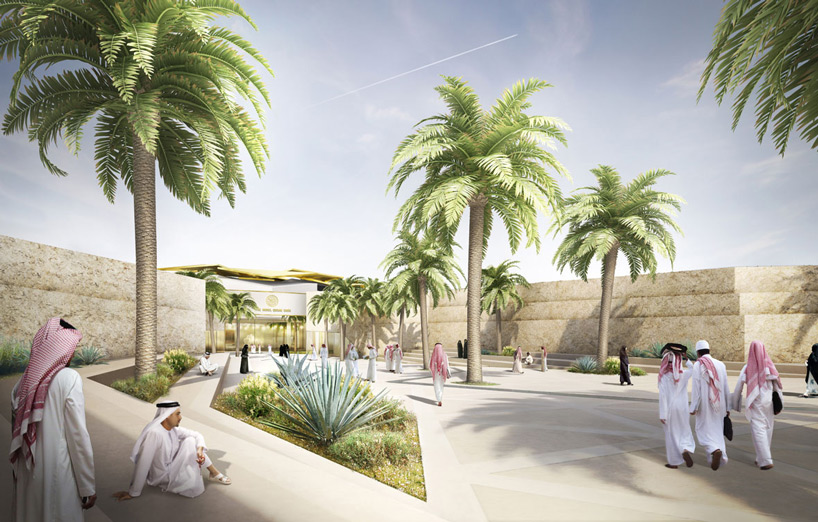 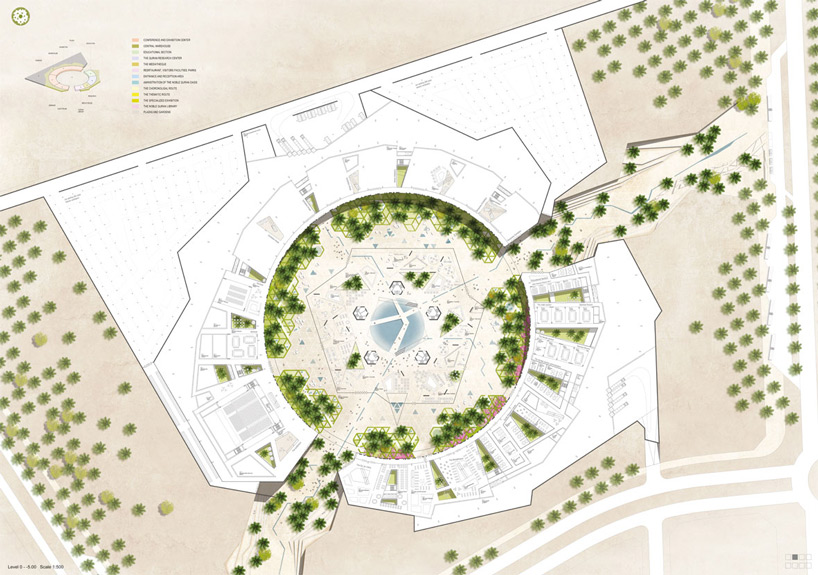 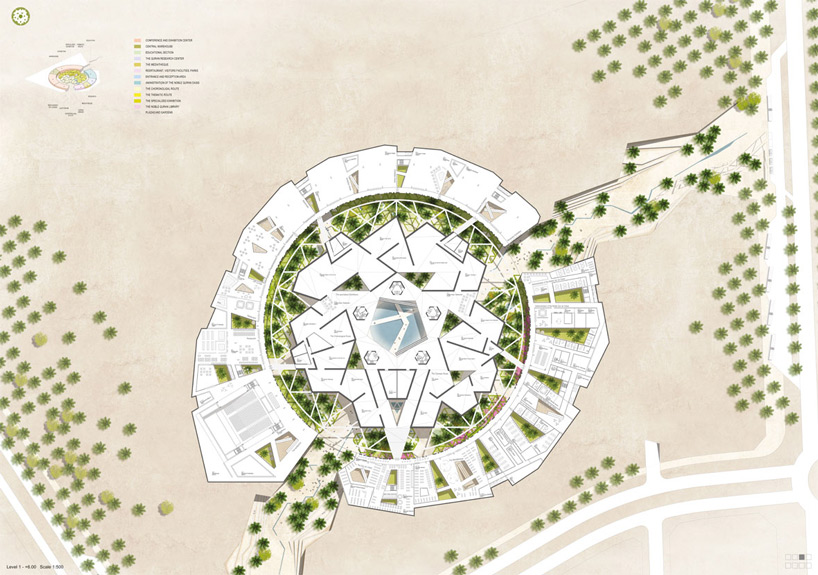 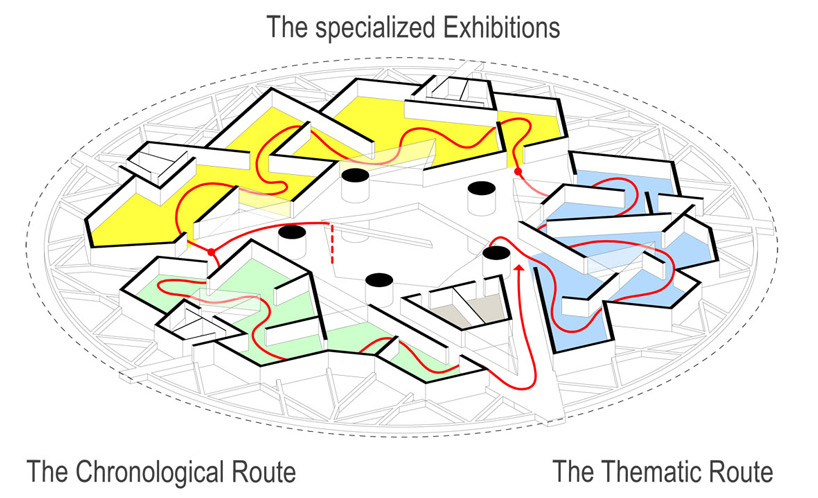 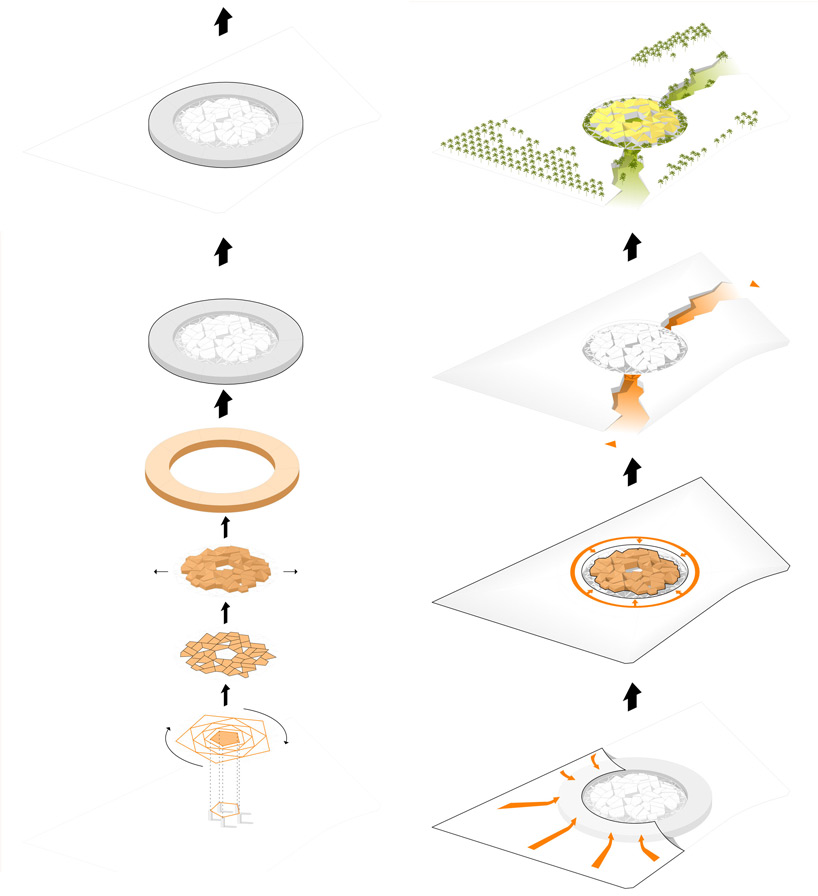 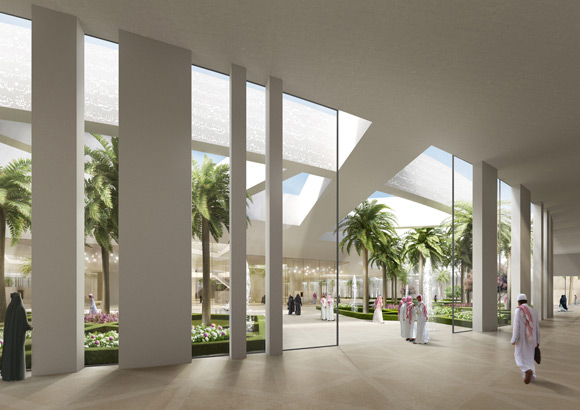 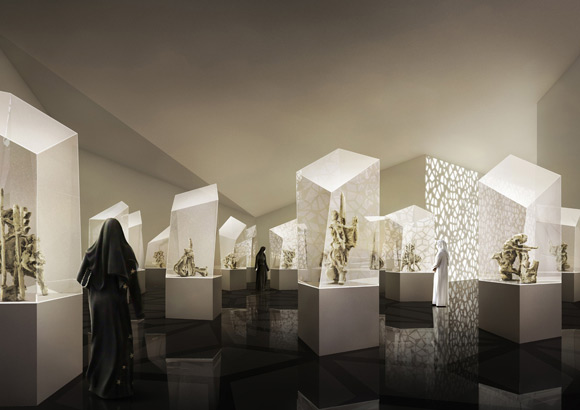 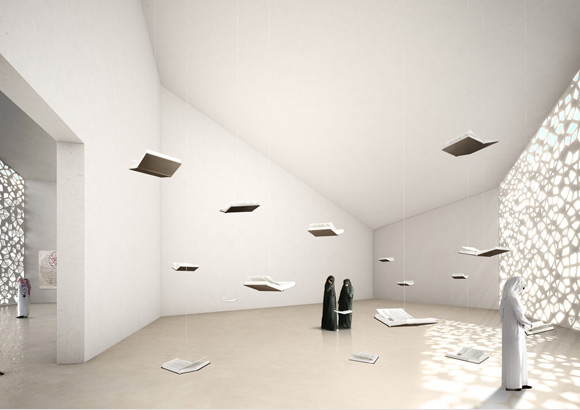 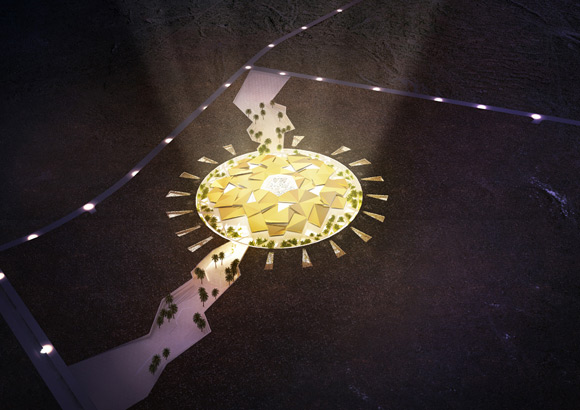 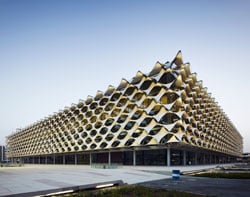 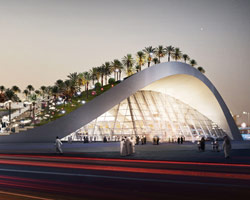 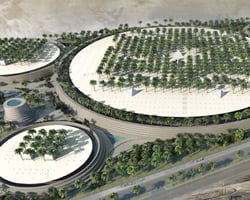 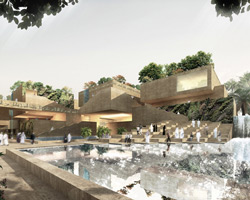 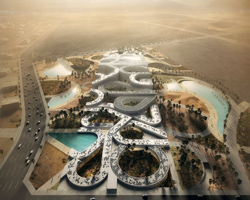