architects von gerkan, marg and partners (GMP) has constructed a basketball stadium in the southern chinese city of dongguan. the site of the complex is visible from the rounded base it rests on and provides a visual landmark in the growing district of liabo. surrounded by extensive parkland which mimics the shape of the volume, extensive green areas and curved pathways along water features are positioned around the stadium for recreational and leisure activities. with the primary function catering toward the sport of basketball,  the building can also be used for other events and has space for nearly 15,000 visitors. the inspiration behind the design was based of the ball-game. for example, the overall form of the circular ring is reminiscent of a basketball hoop with a string like façade that is attached similar to the net. the typical orange color of the ball appears behind the net-like façade and is also carried in the interior design. a cable network webs between the roof and floor, consisting of triangular panels with insulating glazing to diffuse light. acting as the venue for one of the most successful chinese basketball teams, the ‘dongguan leopards’, the building hopes to increase the popularity of the game.

the stadium illuminated at night around the landscape and waterways 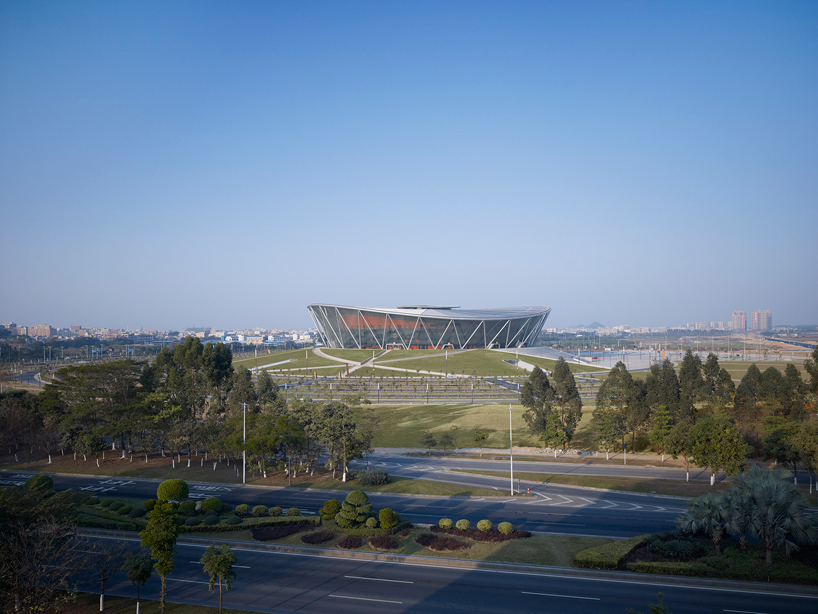 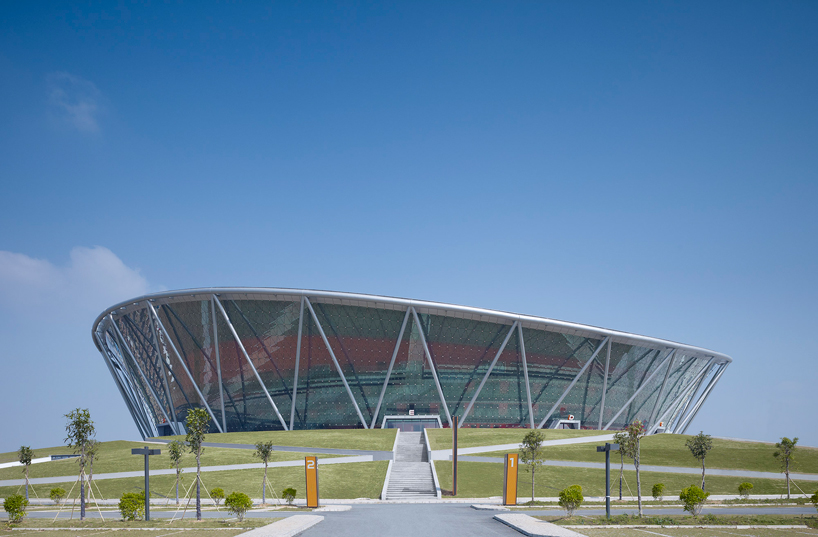 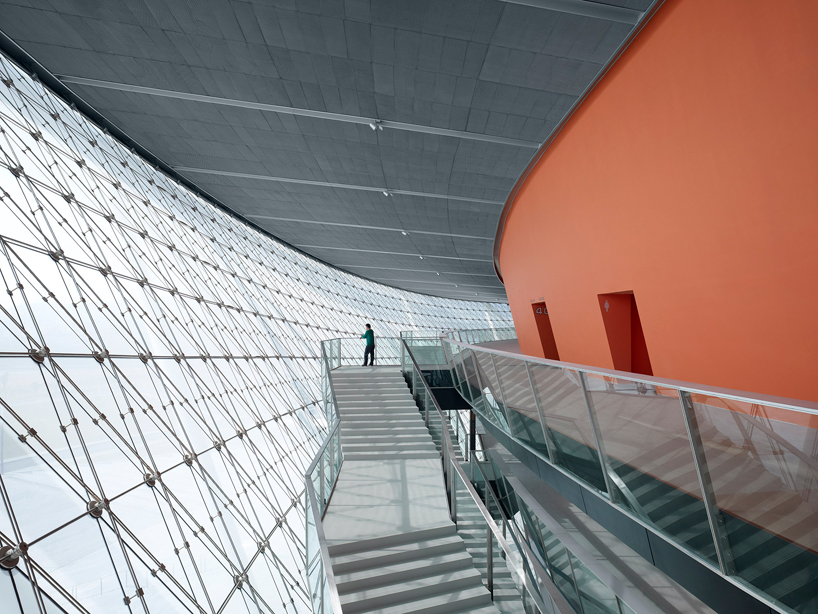 the interior of the stadium bends around the circular space 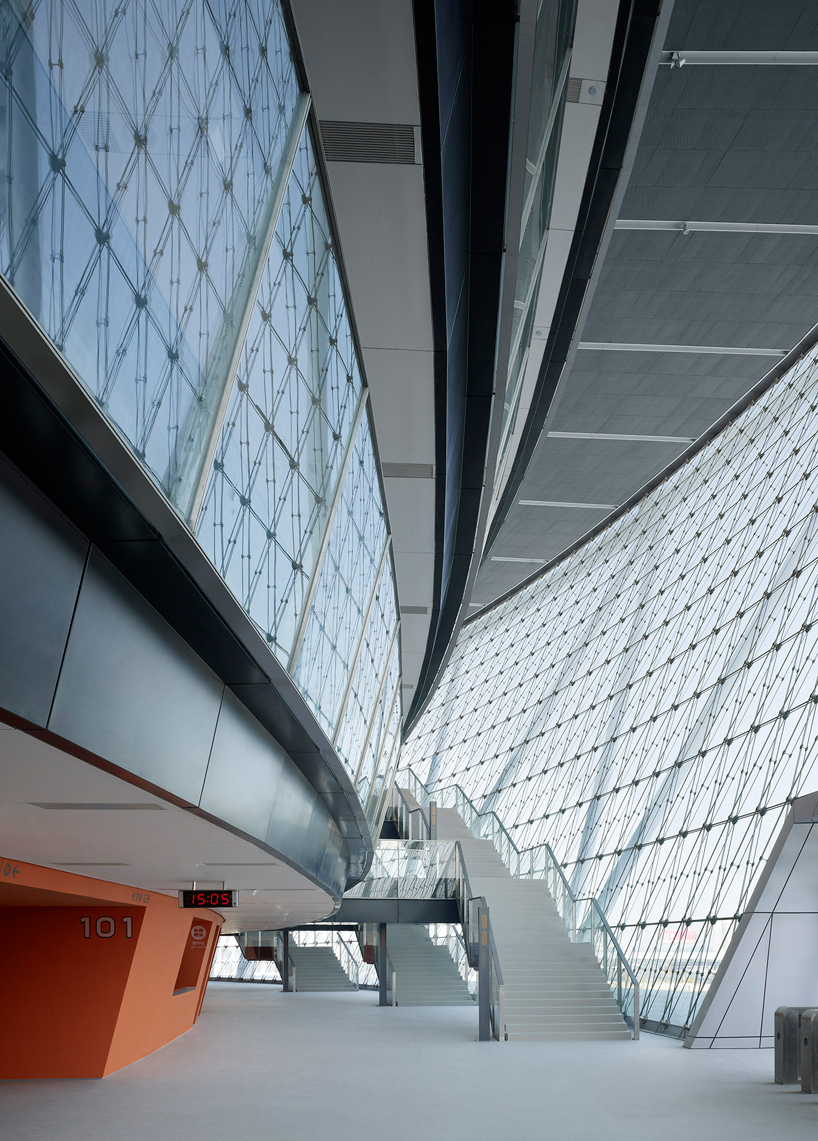 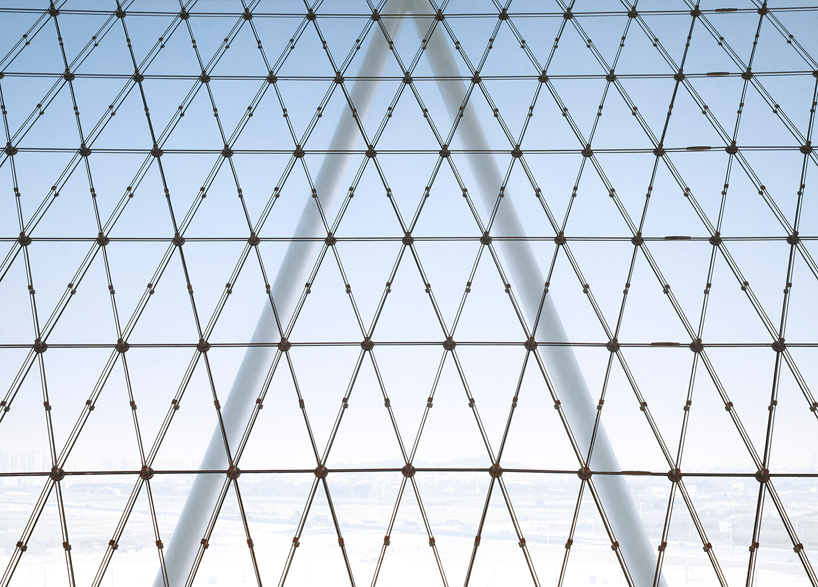 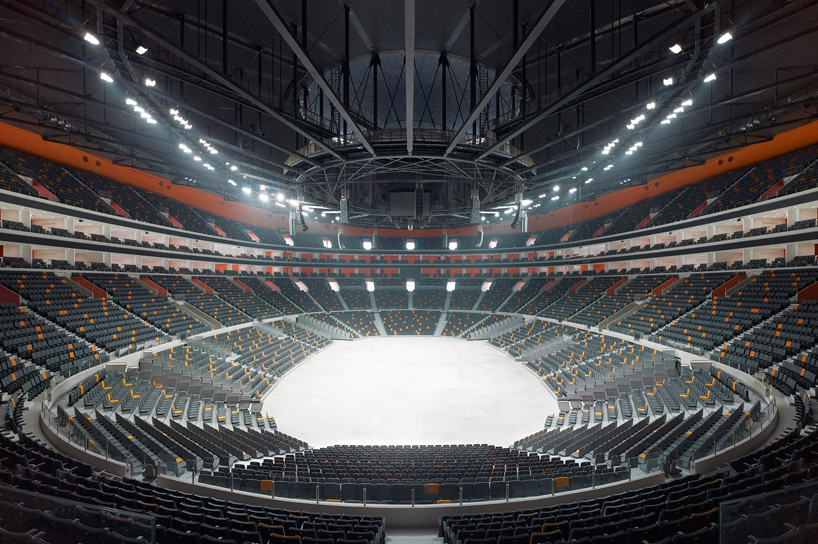 interior seating hosts up to 15,000 attendees 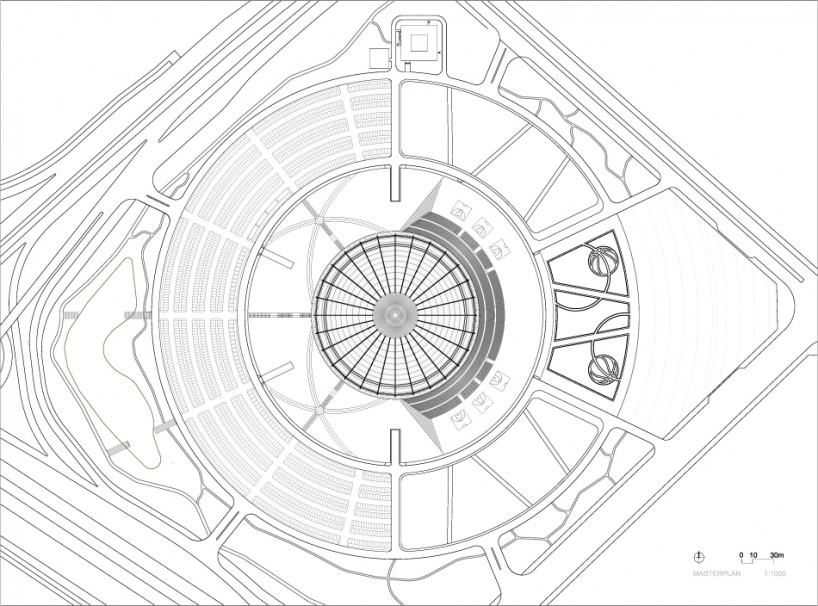 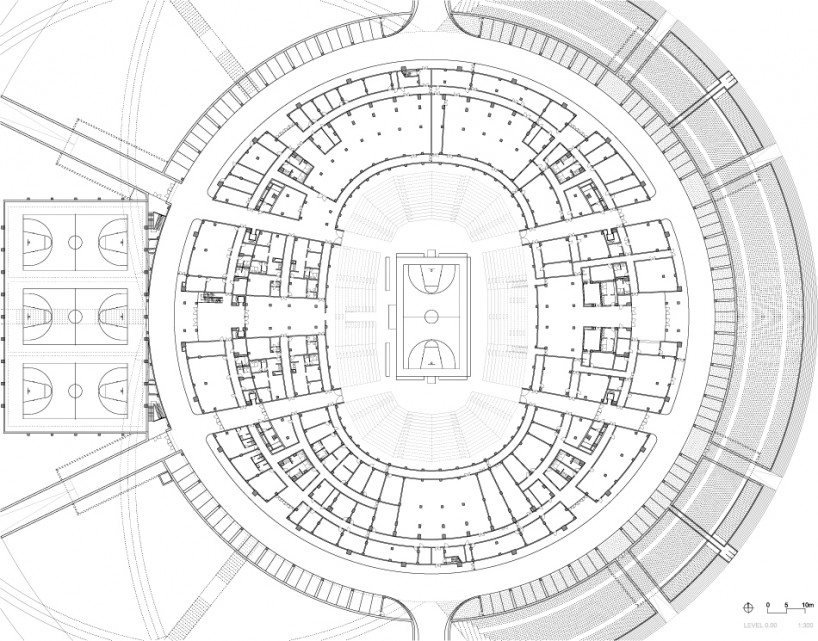 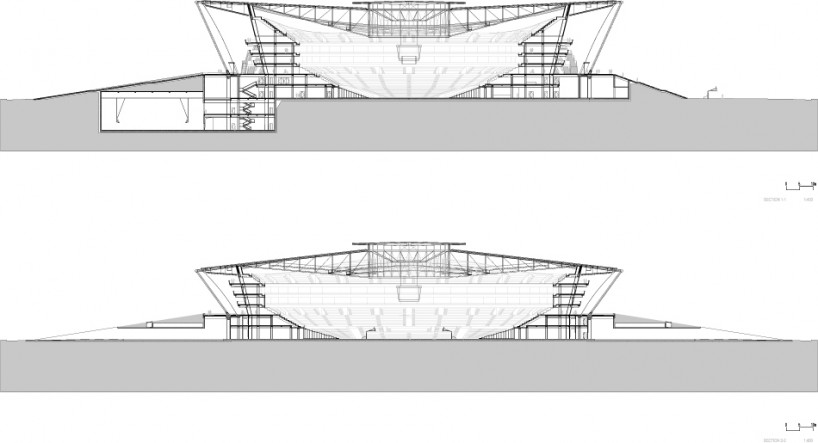