for the 2014 venice architecture biennale, a full scale replica of bonn’s kanzlerbungalow (chancellor’s bungalow) has been inserted within the german pavilion, producing a dynamic and engaging architectural montage. curated by architects alex lehnerer and savvas ciriacidis, of CIRIACIDISLEHNERER architekten, the exhibition responds to the overall theme of ‘absorbing modernity: 1914-2014,’ by looking back on a century full of political and cultural fractures and continuities, in which the country repeatedly redefined itself. at its core, the presented amalgamation questions representational architecture, by creating a dialogue between the two built forms as well as their respective societal eras, governmental systems, and statements on nationhood.

two buildings of national and historical importance anchor the project within the past century: the german pavilion and the chancellor’s bungalow in bonn, realized in 1964 by sep ruf, a german architect and designer who practiced in the bauhaus tradition. the original structure was popularized by the west german media during the tenure of the bonn republic, consequently serving as the ‘nation’s living room’. when the capital of the federal republic of germany moved to berlin in 1999, the importance and identity kanzlerbungalow wained, losing its visibility in popular culture before disappearing from public consciousness. the bungalow, in tandem with the pavilion in venice, represent two distinct eras of german history, two political systems, and two architectural languages. 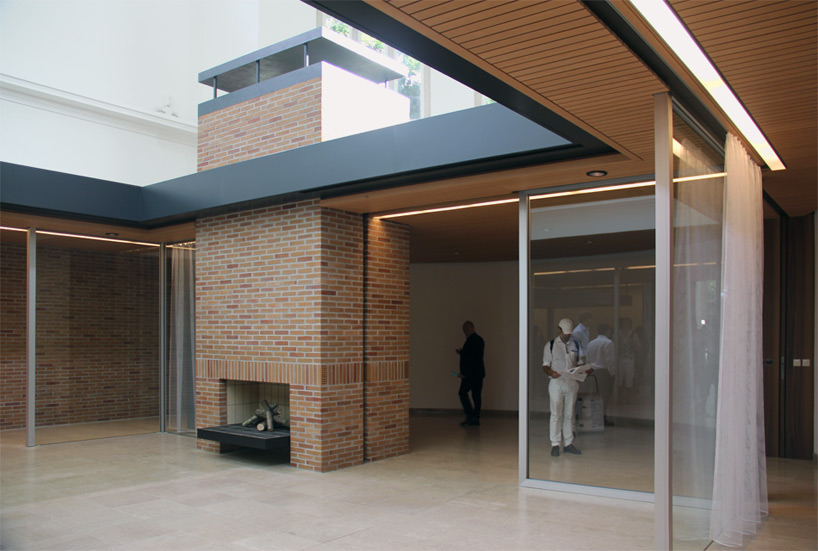 at the biennale, the pavilion and bungalow enter into dialogue through a intimate architectural montage. a 1:1 partial replica of the bungalow creates a publicly accessible spatial installation in its juxtaposition with the pavilion’s architecture. the exhibition brings together ideas, moments in time, places and spaces. the bungalow’s fundamental materials and elements act as as media that convey political gestures from history and symbolic actions transferrable from bonn to venice. the union of two buildings subsequently forms a theoretical and physical ‘third space’, which interrupts the existing organization and previous characteristics of the original spaces: one building becomes the key to the other. the pavilion references its historic identity through the bungalow, creating a dual legibility. 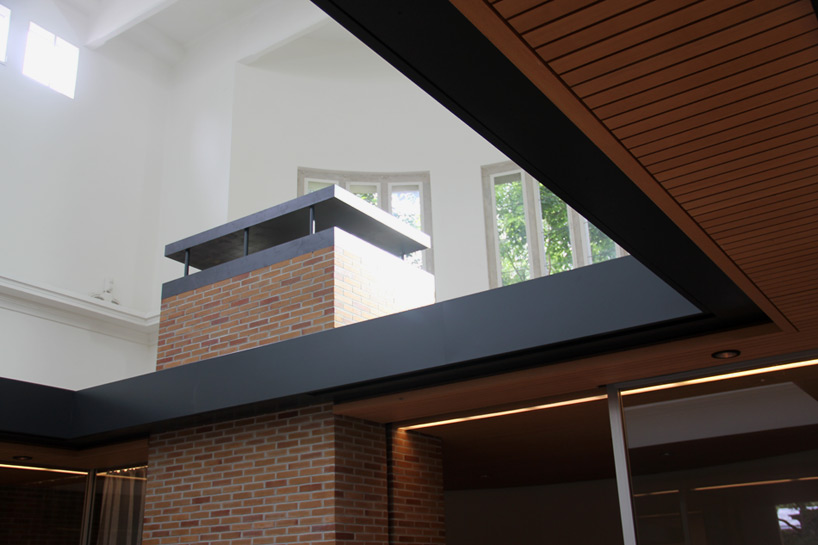 ‘this year, for the first time, countries participating in the 14th international architecture exhibition – la biennale di venezia were asked to engage with a shared theme. artistic director rem koolhaas asked each country to consider the development of their respective national architecture in response to the motto ‘absorbing modernity: 1914–2014’. his hypothesis is that within the field of architecture, characteristics of national diversity have receded over the past century in favor of a global, modern architectural language.

‘this perspective on architecture and its history is intrinsically connected to national history. in venice, we want to bring together the overlapping narrative strands of the nation and the architecture it has produced over the past century. rather than presenting a chronological exhibit with an explicit beginning and end, however, we have chosen to do so by constructing and staging a particular architectural moment.‘ 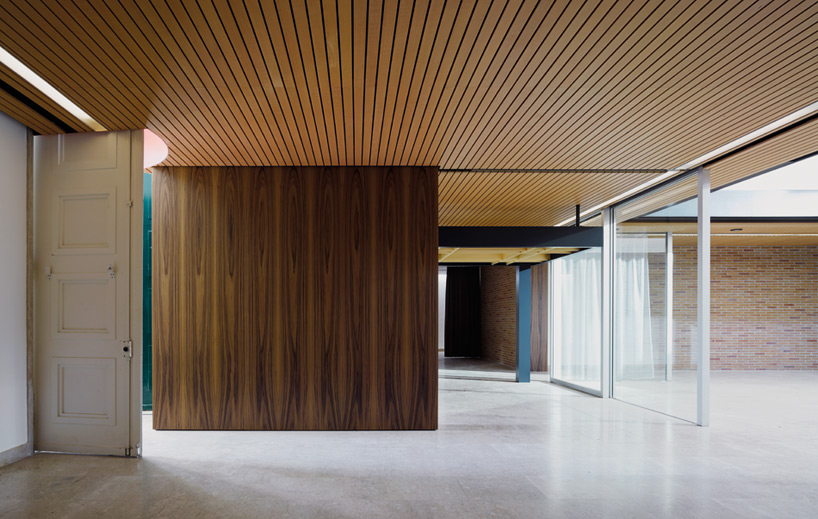 ‘we want to make these two opposing political buildings speak in venice, and instigate a conversation where they are on an equal footing. in terms of the theme of this year’s biennale, we chose to begin our one-hundred-year history of modernism in germany in 2014 with a second focus on 1964, the year in which the german pavilion in venice was last renovated and the kanzlerbungalow in bonn was completed. our idea began as a one-liner: we’ll ‘remake’ the kanzlerbungalow and ‘cross-cut”’ it with the german pavilion in venice.

‘we like seemingly simple premises:the precise details of a high-concept notion deepen it, helping it to become richer and more complicated, create contradictions, and ultimately turn the one-liner into an entire story. at the same time, we had to confirm our intuition that this straightforward action would create a meaningful, exciting, and far-reaching yet unstable connection to the history of the last hundred years of modernism—reaching right into the present, and perhaps even into the future.’ 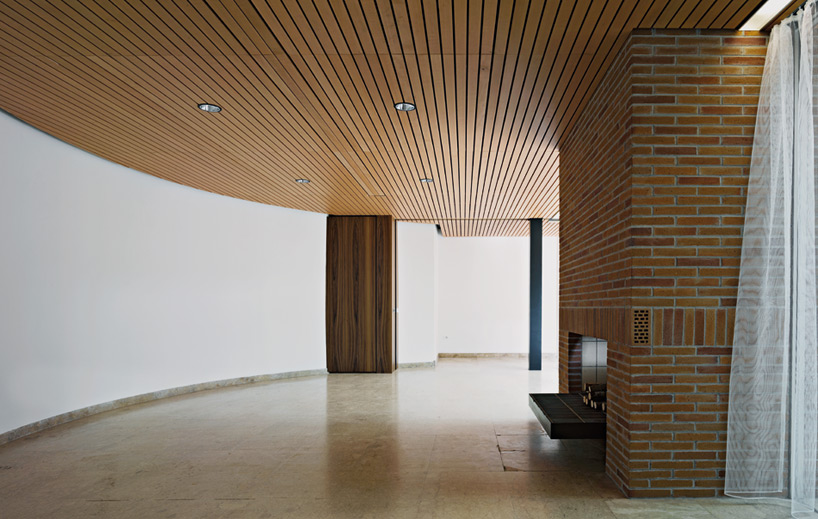 ‘there is also a dual interiorization, in the sense that each building is constructed inside of the other and the bungalow, with its staged domesticity, very much gives off the impression of a private interior. for us, the interesting point is not the tension of the contrast itself, but the tension that arises from the interplay of discord and harmony. simultaneously, the boundaries disappear between actual building and the process of exhibiting architecture.’ 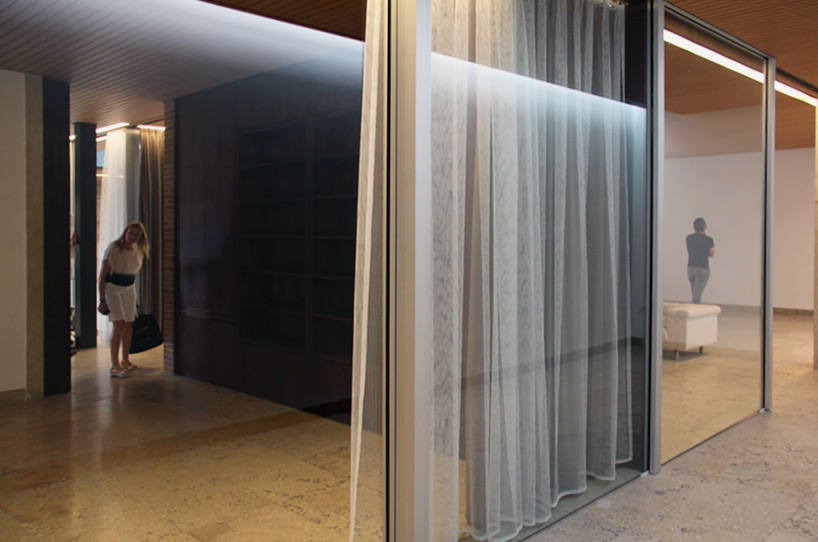 the exhibition brings together ideas, moments in time, places and spaces
image © designboom 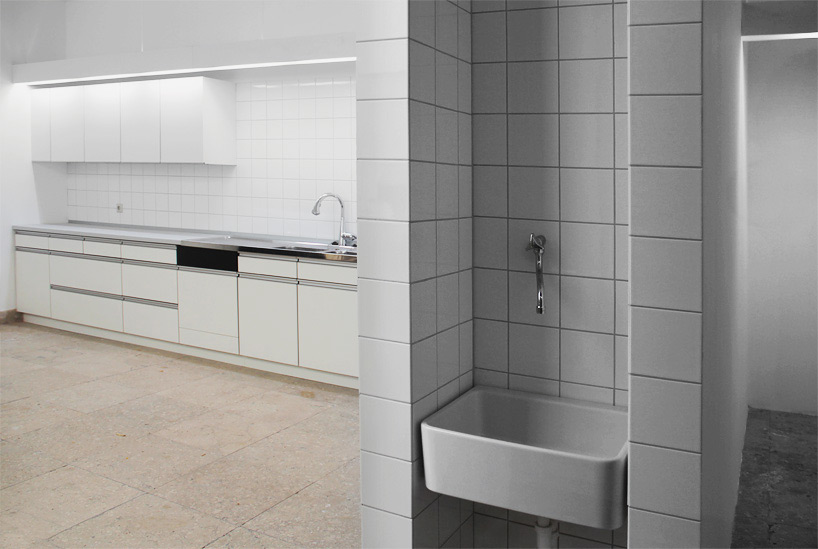 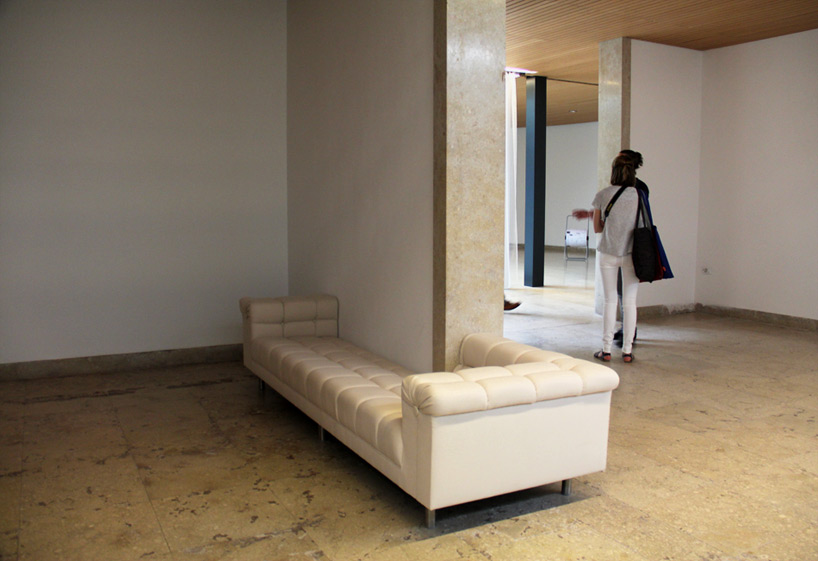 an original couch is integrated within the new design
image © designboom 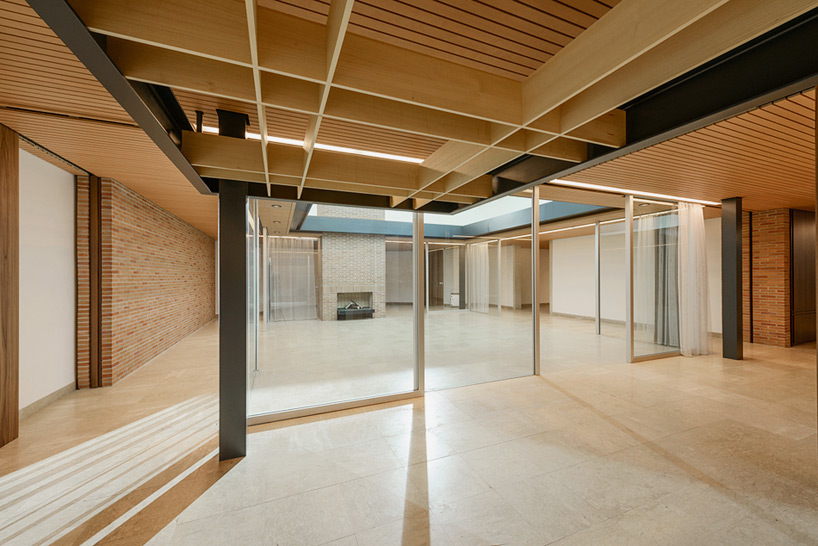 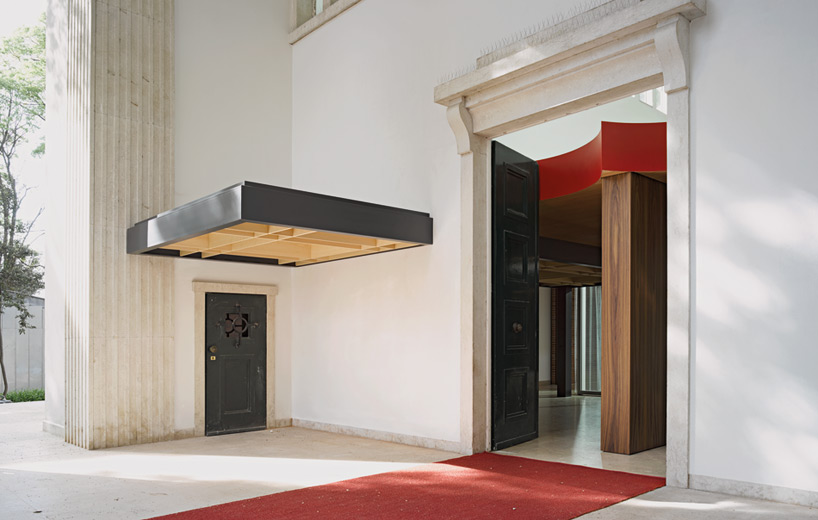 stroll through the park: secretaries of state egon bahr (FRG, right) and michael kohl (GDR) with the chancellor’s bungalow in the background, 1972. © bundesregierung / photo: ludwig wegmann