italian architect gianluca gelmini of CN10 architects has renovated torre del borgo — one of the most recognizable fortified buildings in the medieval city of bergamo. the restoration project dealt with different aspects that conditioned the conservation such as the structural instability of the walls and floors and the lack of an adequate system of connection between storeys. the existing building also lacked windows and adequate interior finishes, while precarious stone facings were in a state of degradation. with the completion of the project, torre del borgo will be able to accommodate the city’s public library. 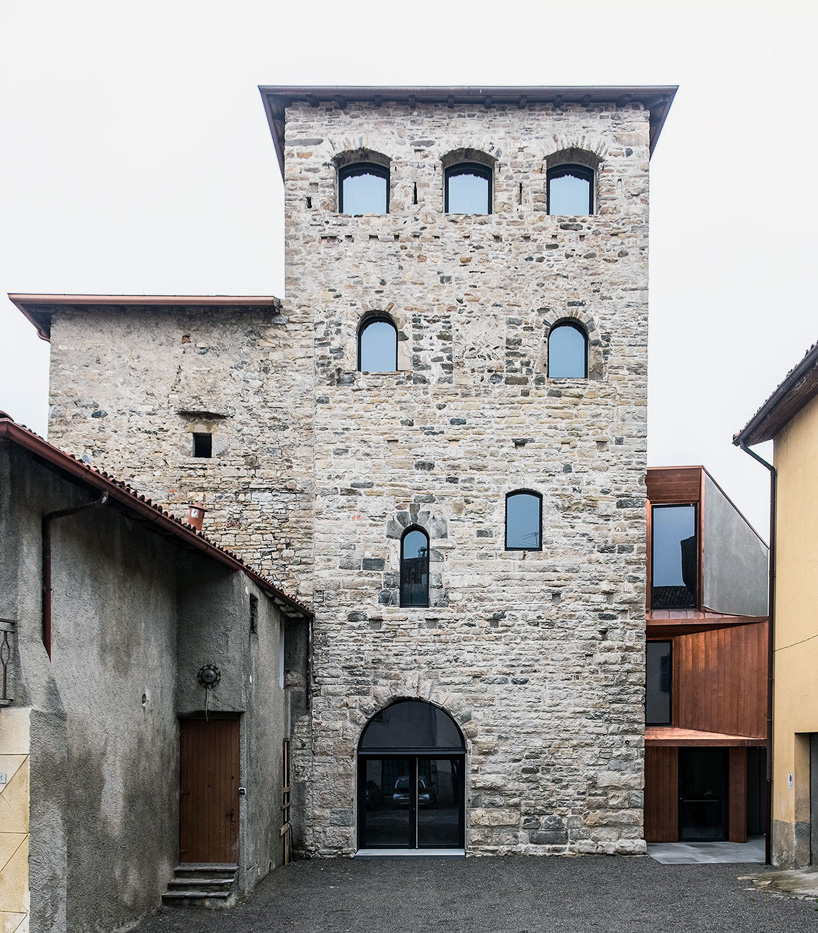 all images courtesy of CN10 architects

‘the entire work has developed pursuing a dual purpose, first identifying solutions to the problems of degradation, second offering an architectonic and functional reinterpretation of the building‘, explains gianluca gelmini.

the scheme is designed to be made into two functional areas. with the completion of the first phase, the four halls of the central tower and the spaces of the new building intended for services and distribution are fully accessible. a new configuration of iron ramps and walkways is articulated between the spaces of the historic tower and the new structure, connecting the complex’s various levels. the second phase of the project will include the redevelopment of the adjacent piazza del borgo, with the creation of a large covered area which interacts with the new pavement of the square. 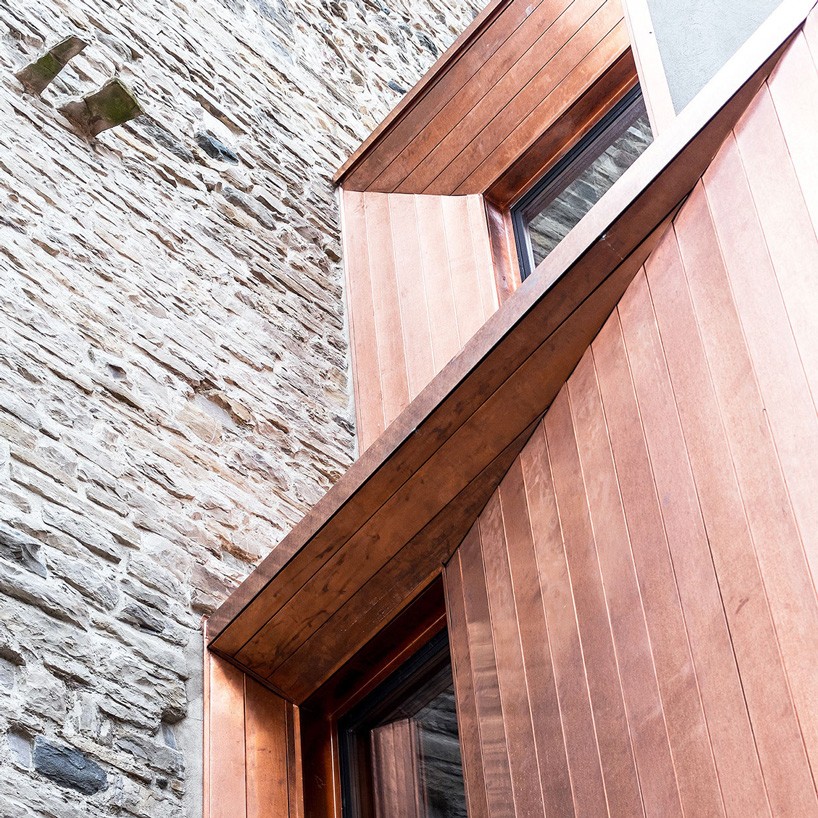 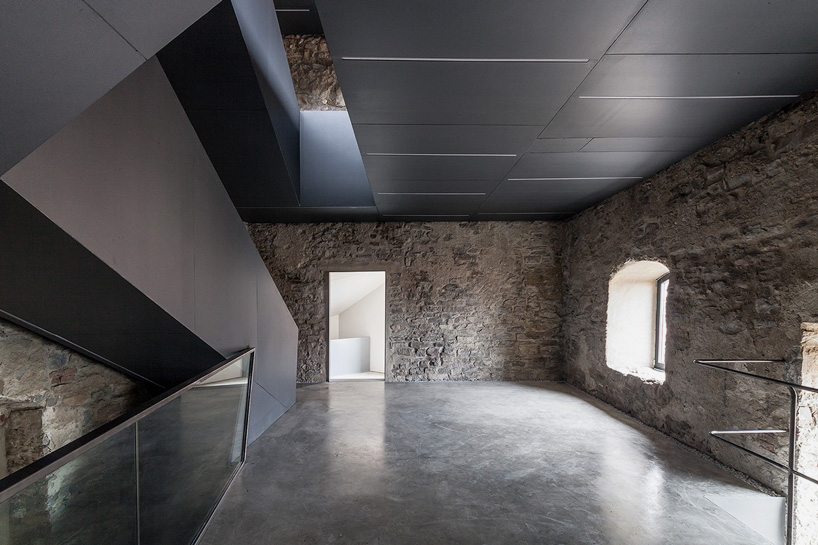 a new system of stairways and ramps connects the scheme 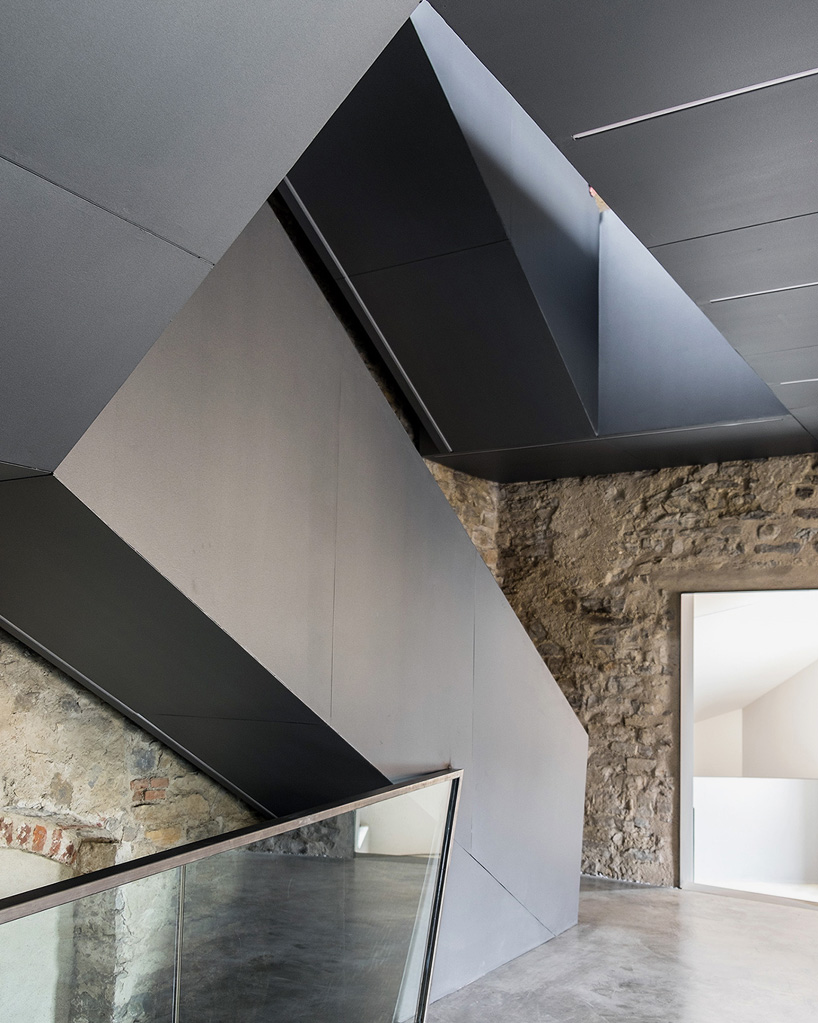 the building will host the city’s public library 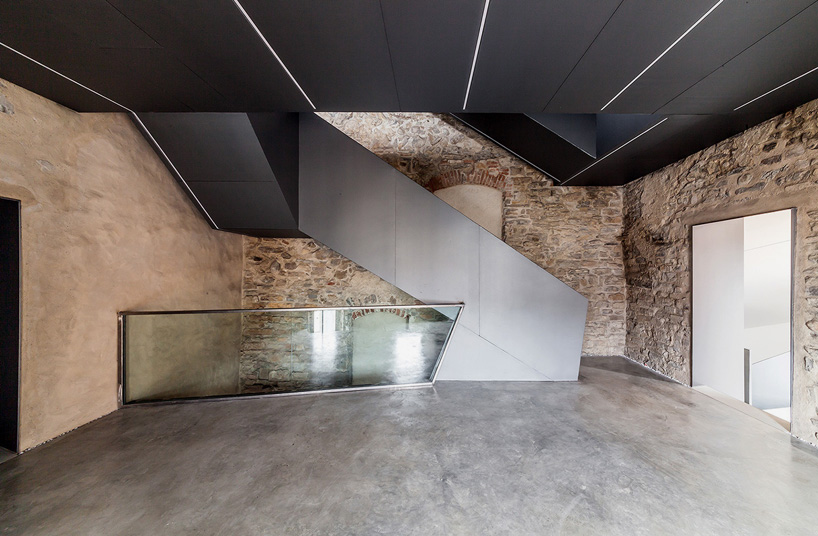 existing wall finishes have been restored and retained 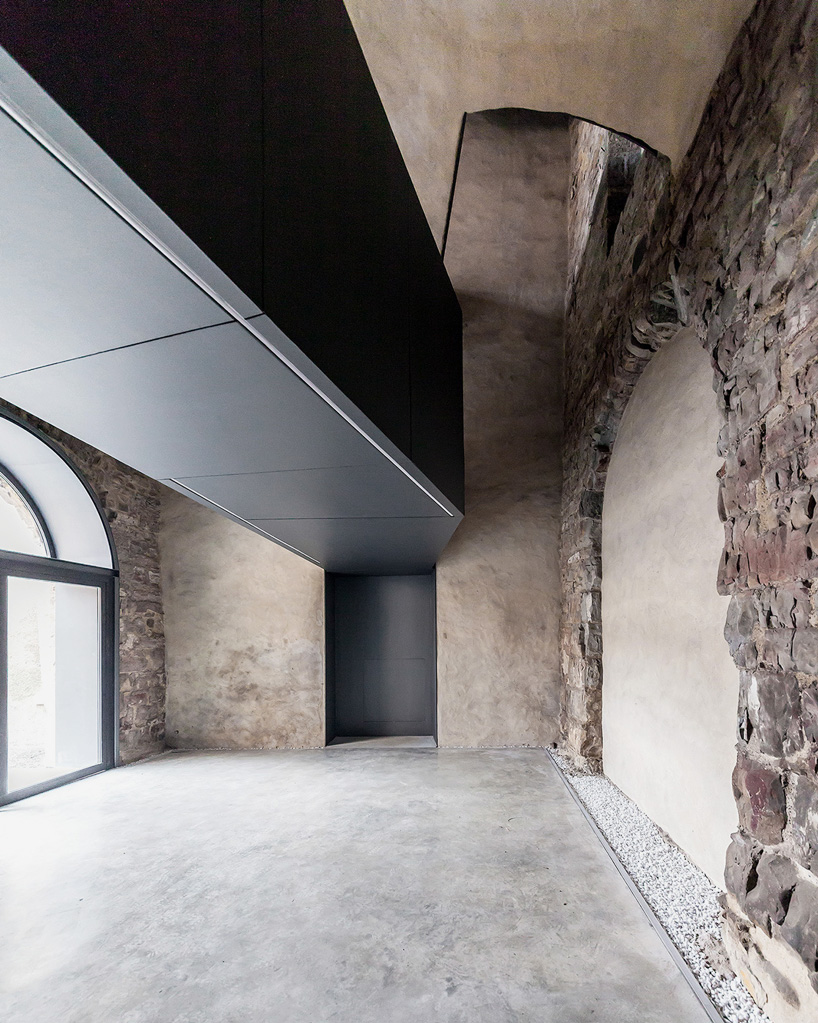 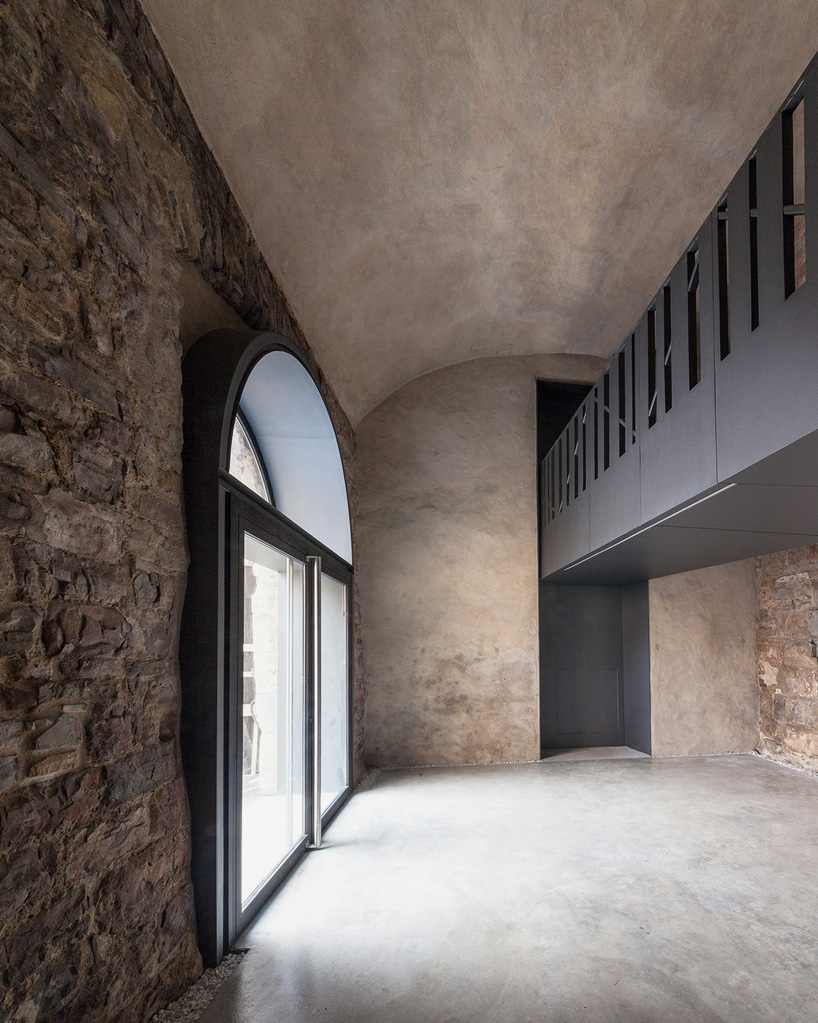 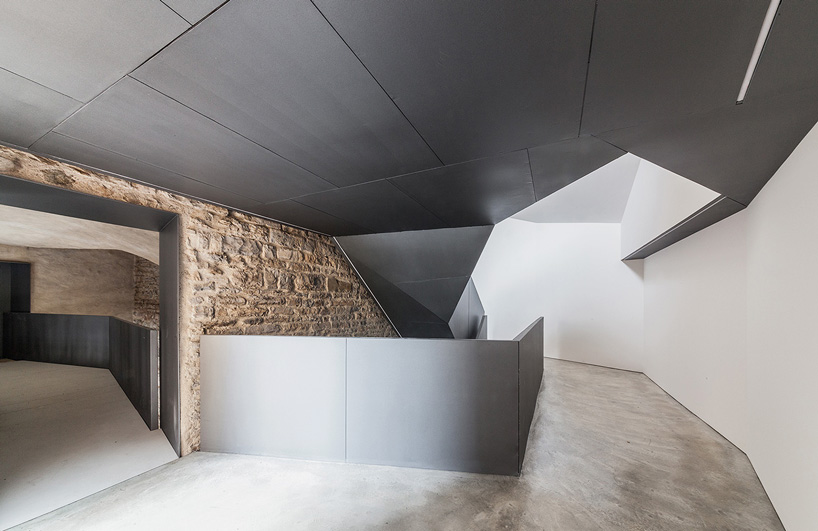 inside the new structure 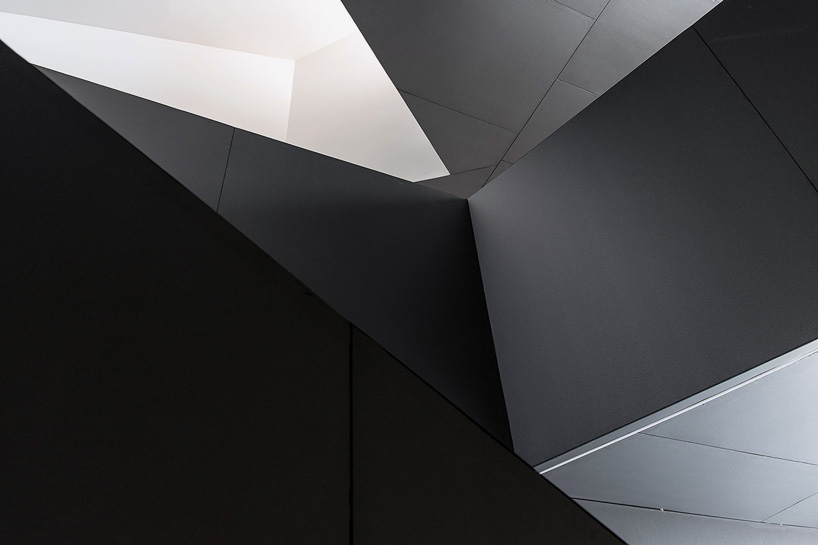 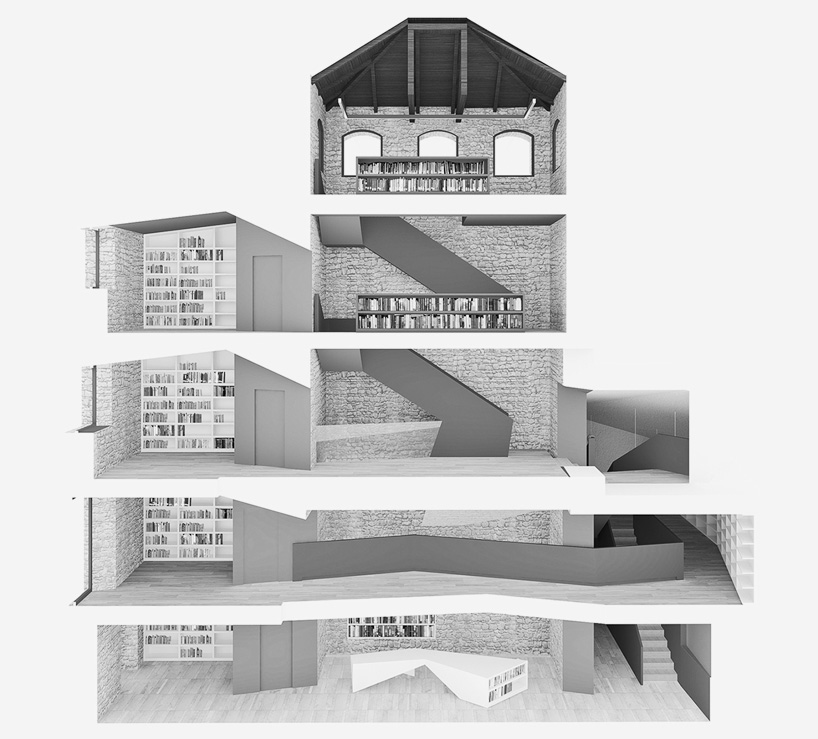 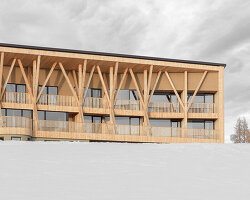 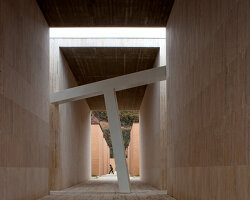 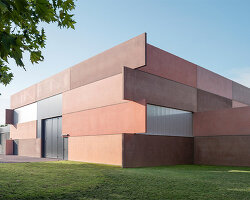 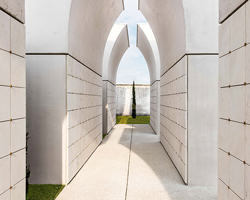