recently the draft for stadium franco sensi, roma’s new stadium was presented. designed by gino zavanella (also the project leader for the juventus stadium project) the gau arena will house the museum of rome football team, as well as being an entertainment venue for concerts and will include restaurants, bars, games rooms, lounges etc.

the stadium’s skin is surrounded by a perimeter band and screens. through the use of advanced technology systems messages will be communicated on the exterior using the latest generation LED devices.

the covering system on the membrane structure (the shell) consists if zinc-titanium, having separate functions: the first will be completely covered by photovoltaic panels while the second will be translucent so as to pass about 80% of the light while preventing the passage of water. the overlap and the distance between the two membranes will be tested on the model in wind tunnel. 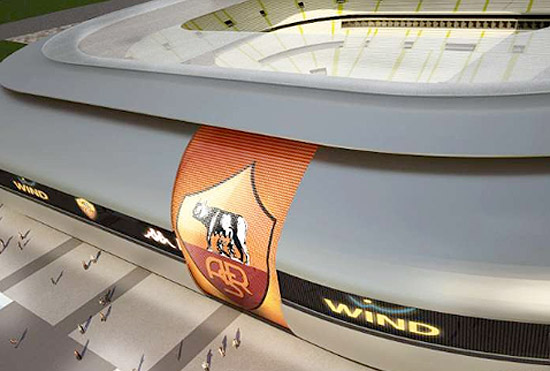 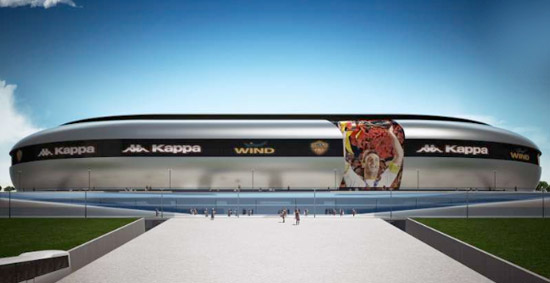 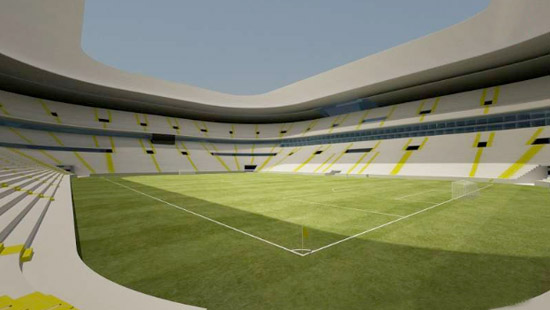 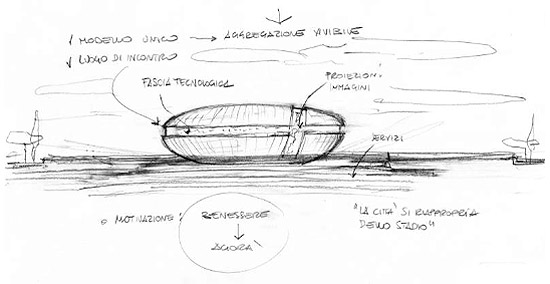