overlooking the ocean in the coast of italy, ‘villa N’ is a single family retreat completed by giordano hadamik architects / GHA. nestled on the verdant hills of liguria, the design of the villa explores the typical material, terrace and openings seen in the local buildings. 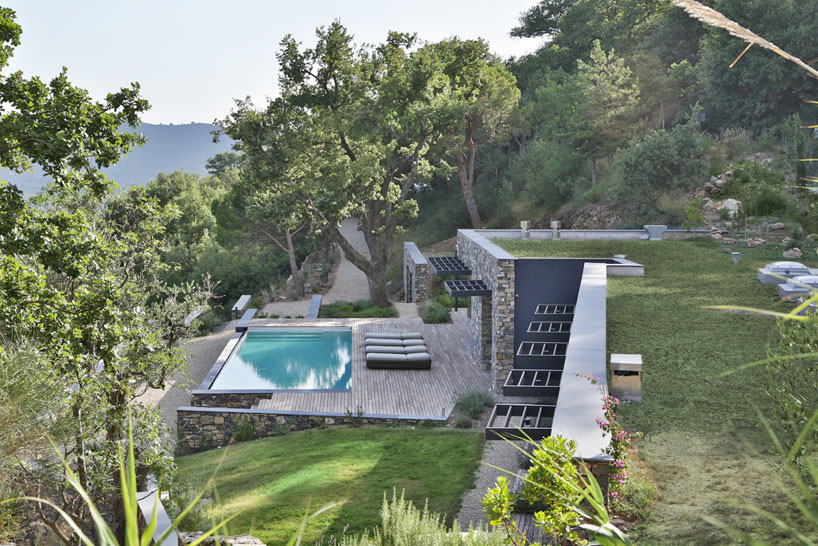 the architecture is composed of two half subterranean volumes arranged on a single floor. the organization follows the topography of the ground and creates a central entrance leading to the large open-plan space to include a living, dining area and kitchen area on one end. the other half has been allocated for the five bedrooms that benefit from a private terrace. 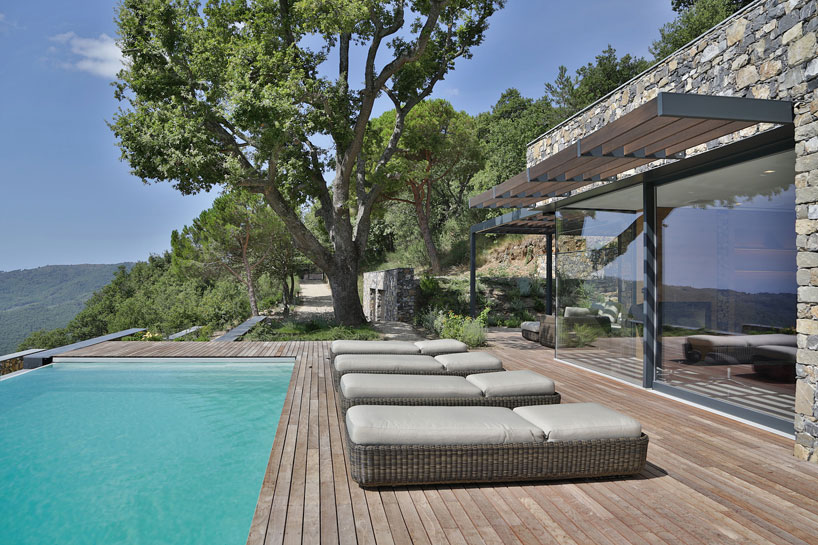 the villa has its own 4x14m infinity swimming pool

the windows play a key role in the project maximizing views and light. large openings create an effect of continuity between inside and outside. the sun deck in front of the living room opens up to an infinity pool overlooking the valley. additionally, the green roof contributes to the harmonic insertion into the landscape and minimizes the visual impact. 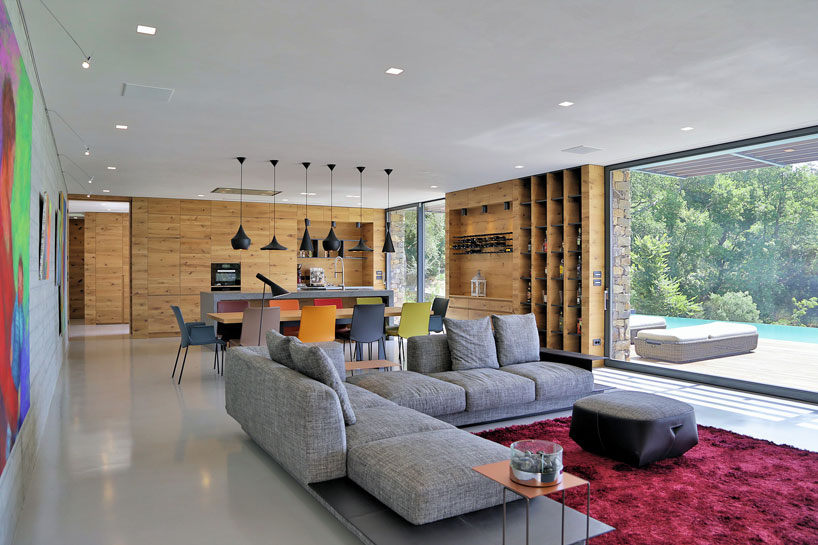 in the living room, the large corner window of six meters which continues for another one and a half meters

natural materials throughout the interiors – stone, wood, concrete and gypsum plaster – work together to bring a sense of warmth into the space. the furniture itself is bespoke and created by GHA; modular systems maximize area and efficiency. 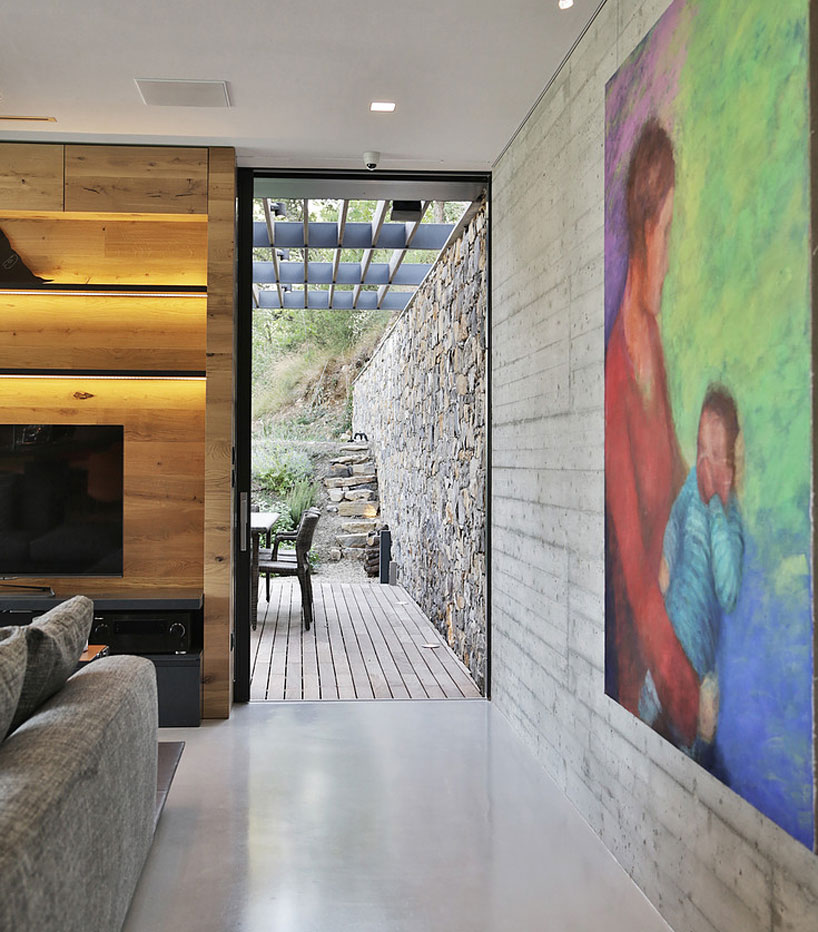 in the living room, the large six meter corner window continues for another one and a half meters to form one of the most significant points of the house. the hidden frame promotes a sense of lightness and transparency, all the while it frames views of the pool, landscape, patio, the valley and beyond. 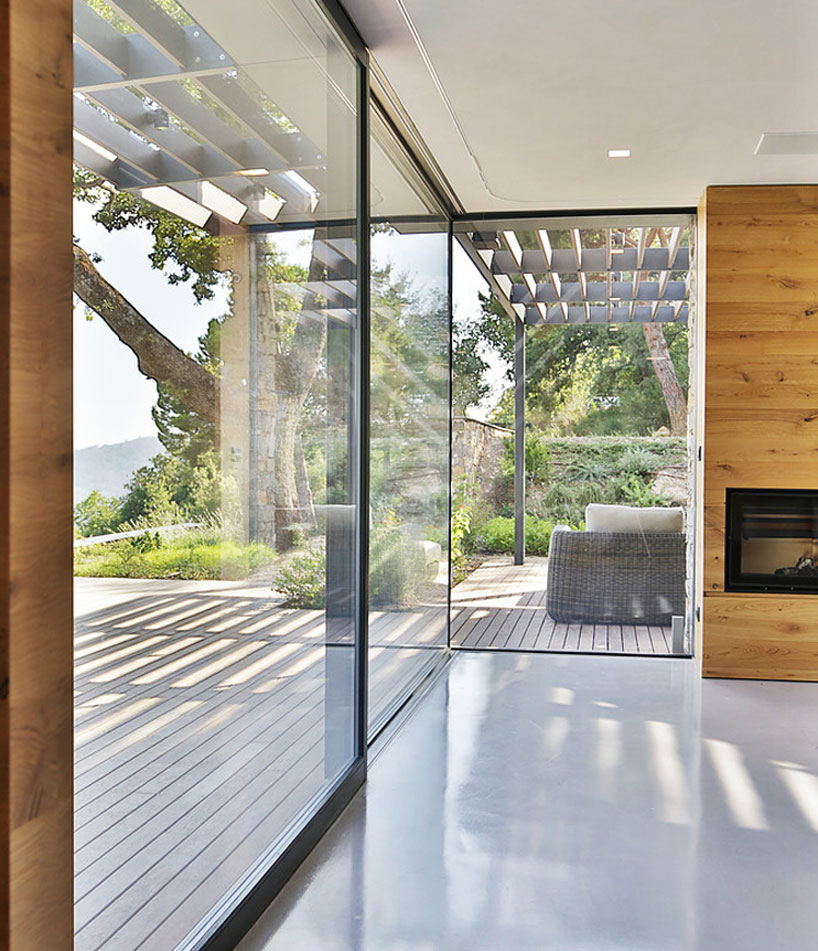 the development of the scheme relied on incorporating principles of sustainability. the isolated subterranean shelf uses solar and renewable systmes to reduce the energy consumption to obtain passivhaus standards. meanwhile, the structure re-used natural stone obtained from the excavation for the facade cladding. 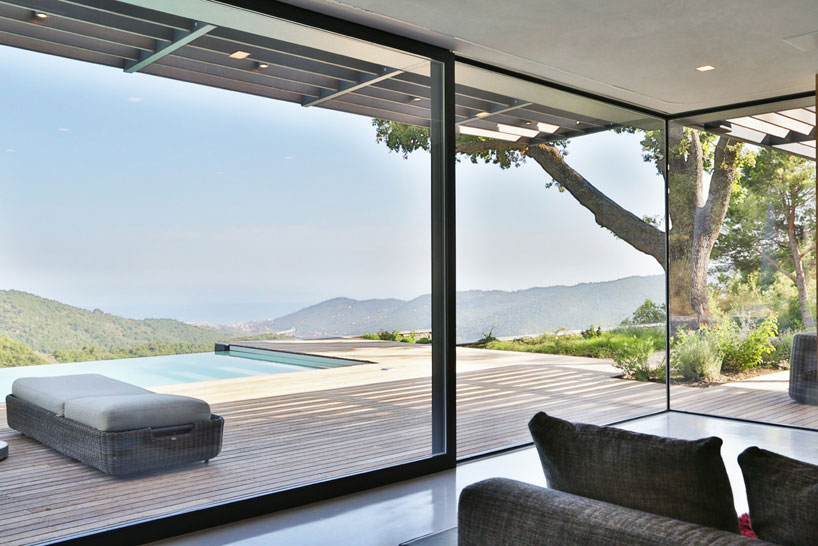 all frames are hiddem, both from the outside through the natural stone cladding 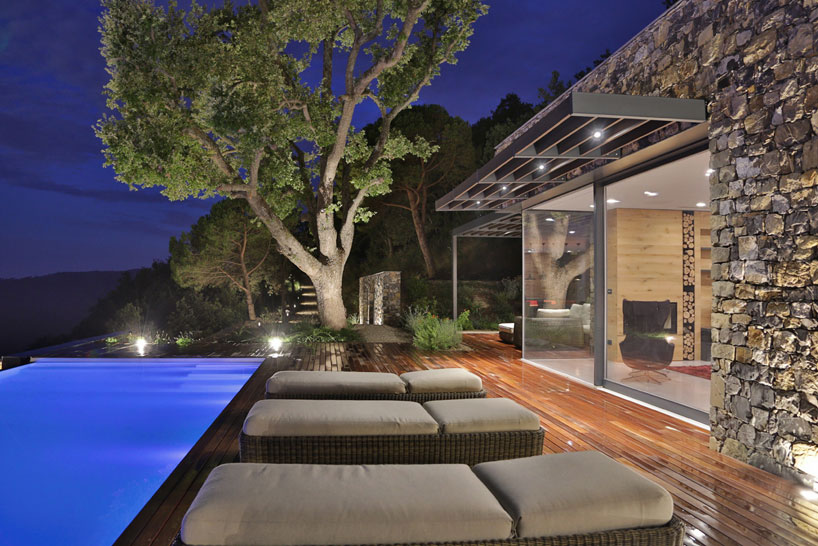 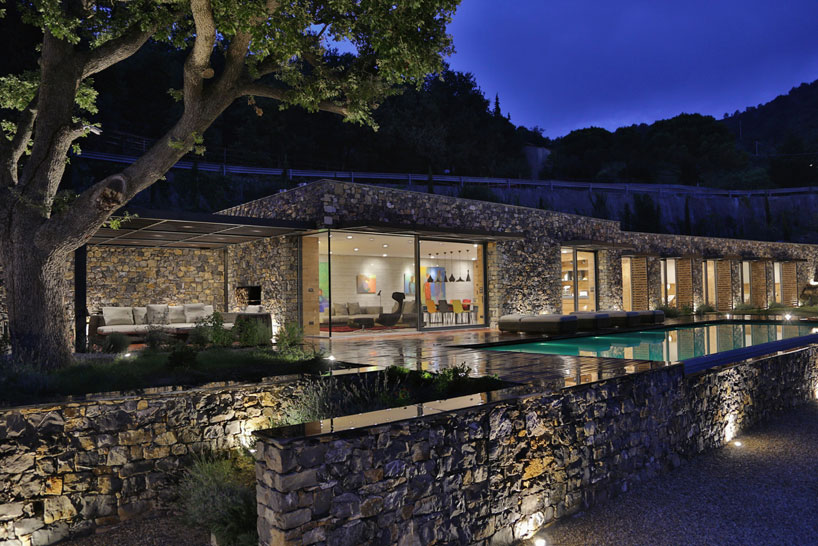 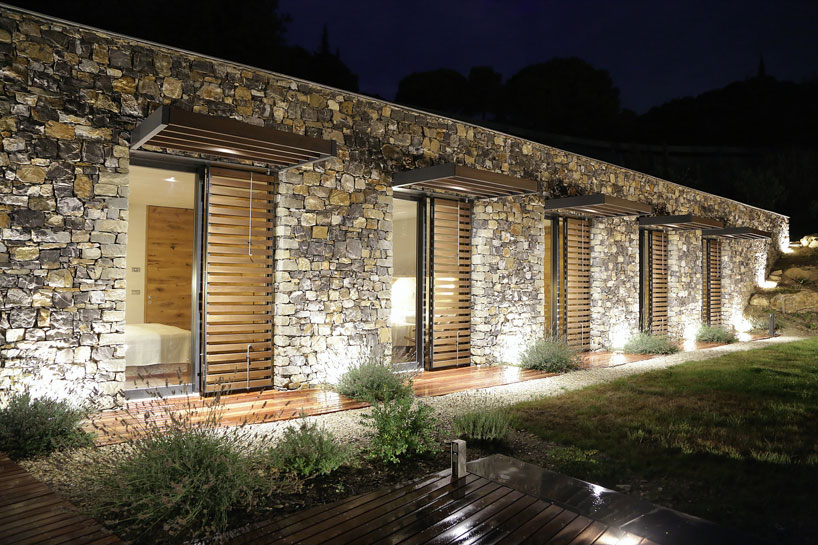 the natural stone façade re-used stone excavated from the area