german studio, gmp architekten has completed ‘qingdao grand theater’,  a cultural center in qingdao, china. situated on the eastern side of the city between a bay in the yellow sea and mount laoshan, the multi-purpose facility looks to echo both the landscape and the atmosphere of the unique setting. four buildings rise from the landscape, festooned by an open roof of curving panels that follow the contours of each structure. containing an opera house, concert hall, media and conference center and hotel, the forms each look to the nearby massif and sea for its defining characteristics. 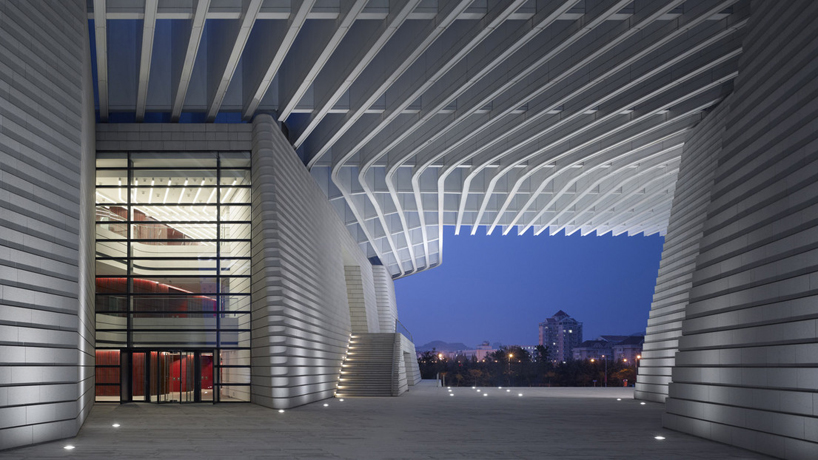 the opera house itself lies at the northern end of the ensemble of buildings, offering direct views of the coast. a large glass facade connects the main foyer – a double height space clad in pale local stone – to the surrounding terrain, further emphasizing the relationship between the two environments. 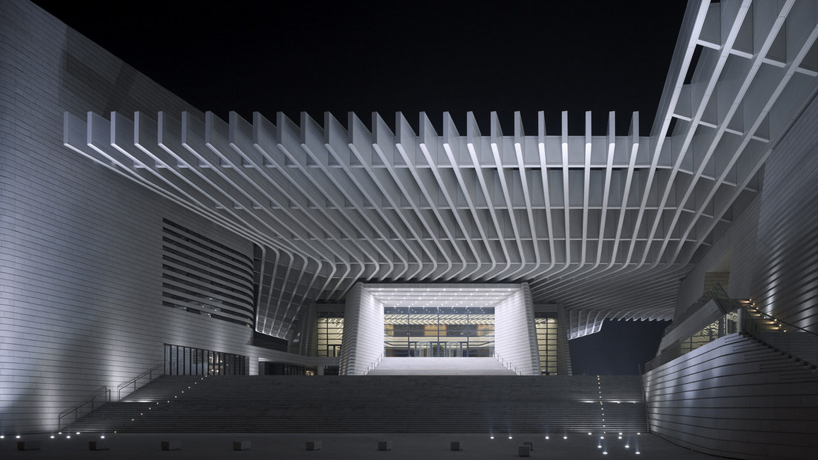 open terraces fill the negative space between each volume, providing a platform for social interaction between shows and events. 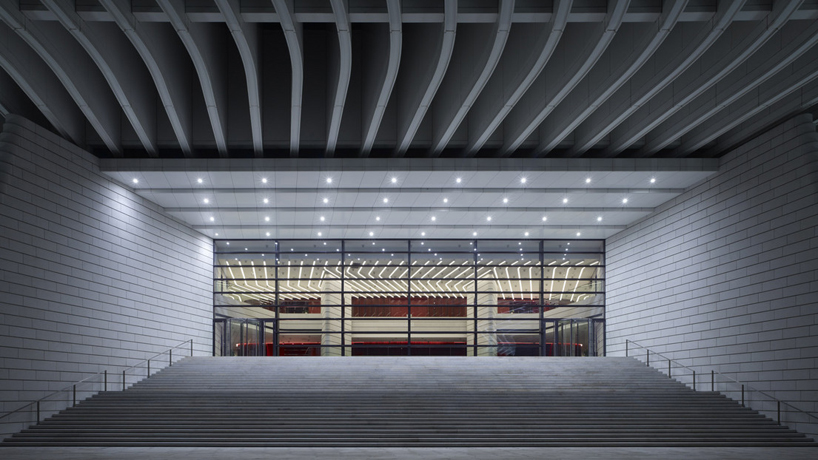 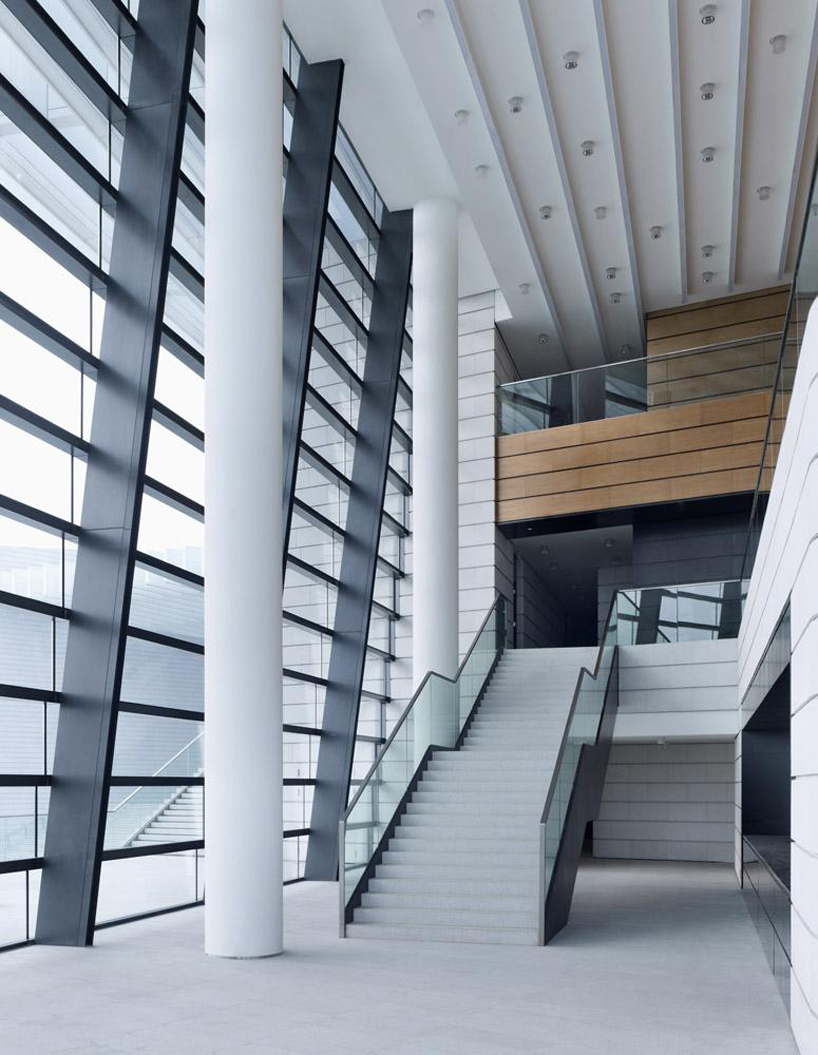 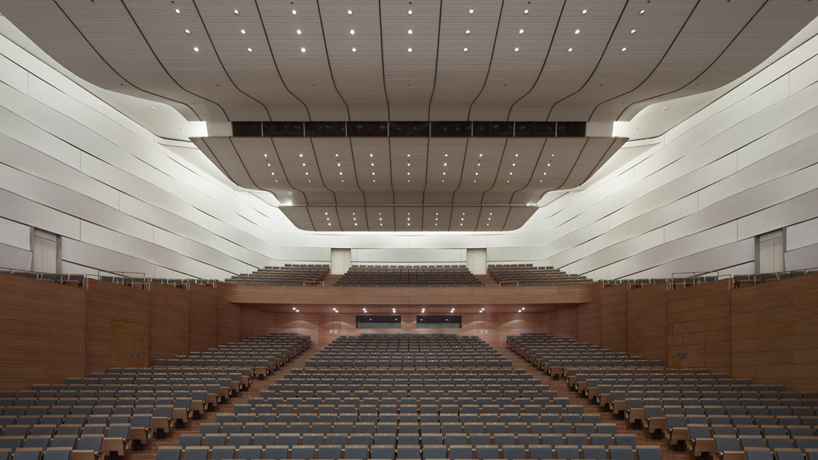 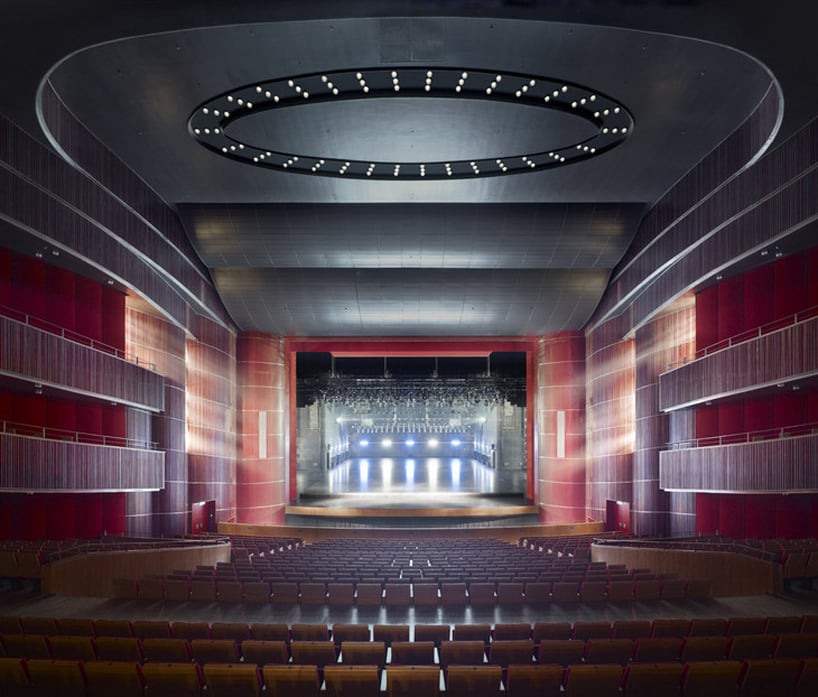 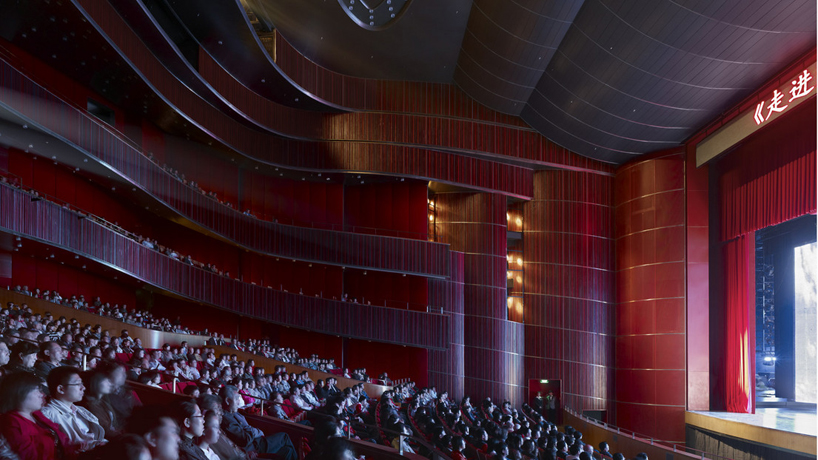 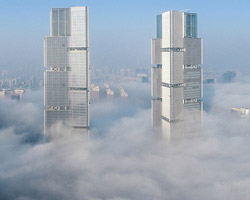 Jul 31, 2018
the twin greenland towers by gmp architekten define the skyline of zhengzhou

Sep 16, 2020
tadao ando completes 'he art museum' in china ahead of october 2020 opening
the building will house an art collection that consists of more than 500 works ranging from painting and calligraphy to photography and sculpture.
architecture
265 shares
connections: +1690