‘ritual house’ is one of many businesses reclaiming seattle’s vibrant capitol hill neighborhood. located on 19th avenue east, the minimal yoga studio is located behind a façade of weathered brick alongside a coffee shop, and a jujitsu school. 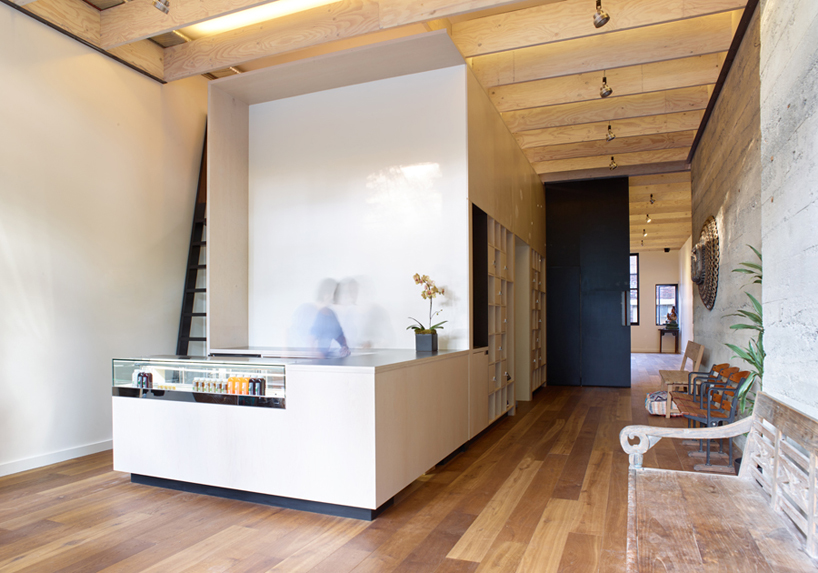 the job was completed by goCstudio, who was given a simple brief to guide the way. ‘ritual house’ needed to accommodate 40+ yogis, two changing rooms, a reception area, and space for retail and mingling between classes. 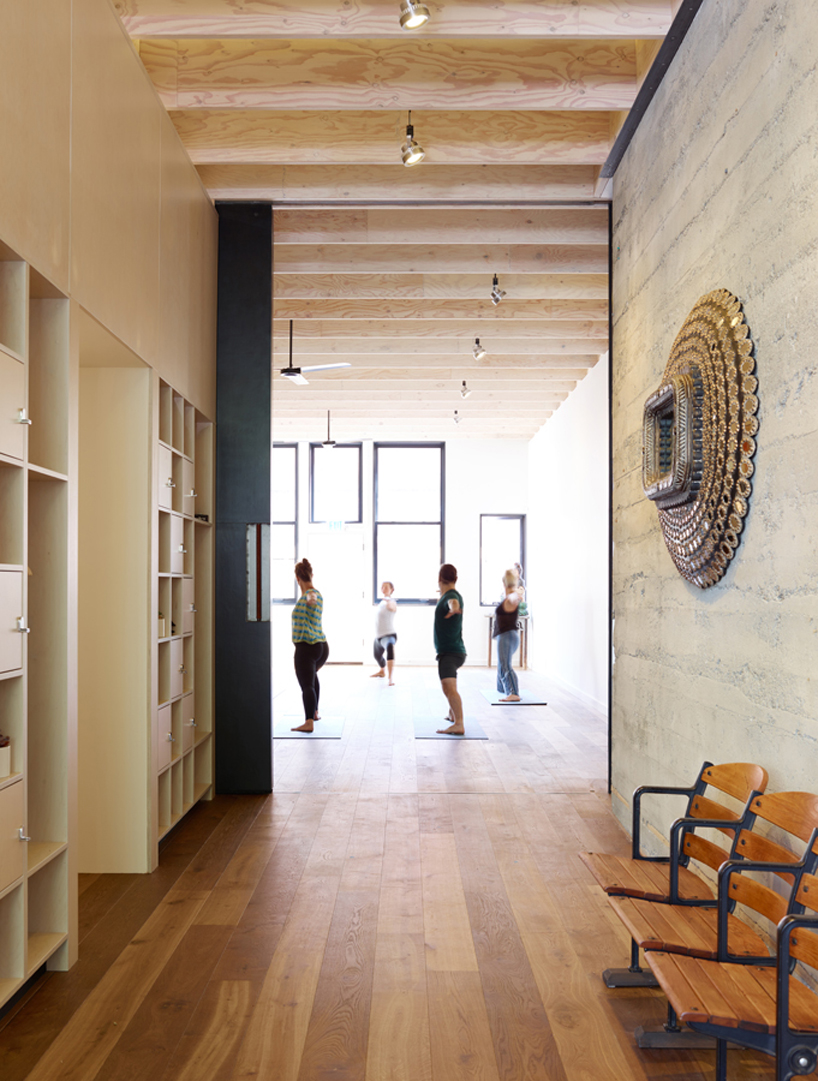 a long narrow plan was created, which maximizes space while simultaneously allowing generous space for the yoga studio’s various needs. a large, central organizing structure is the interior’s primary feature, and sets the stage for further divisions. 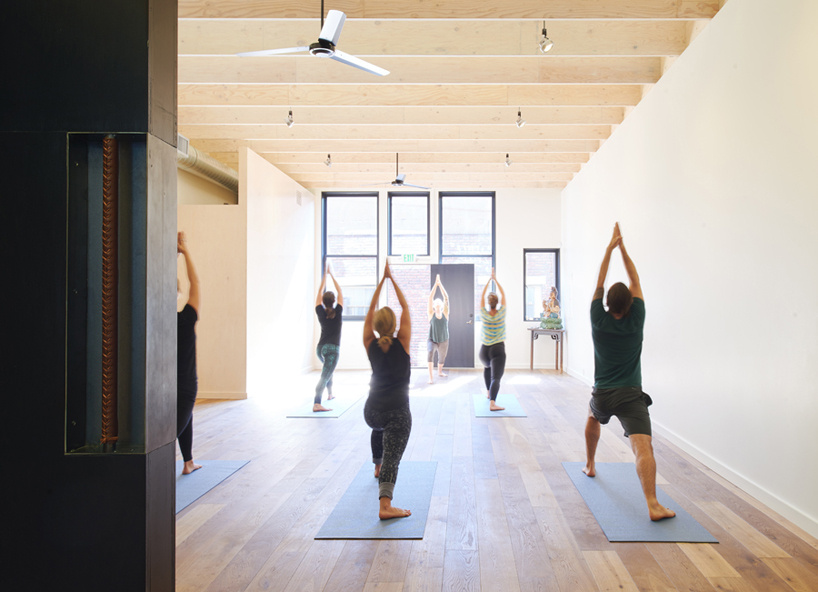 the rectangular element incorporates changing rooms, provides small storage cubes on one side, and leaves enough room for an additional utility area — accessed via a ladder opposite the transition area. 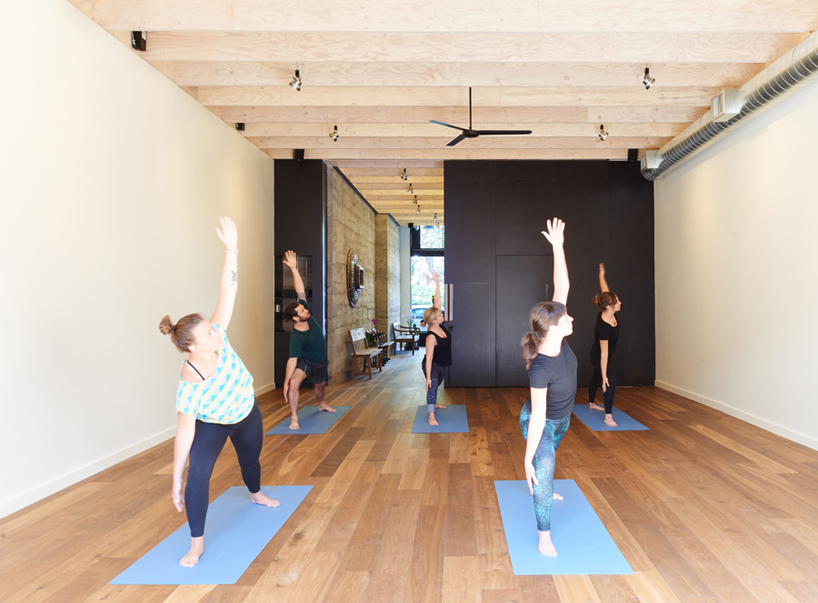 when open, the sliding door allows views through the entire space

a massive, floor-to-ceiling sliding wall is located at the eastern end of of the structure. it’s used primarily for visual and acoustical privacy, effectively shutting off the yoga room entirely during classes. a small, normal sized door is located within the larger form for practicers running a little behind. 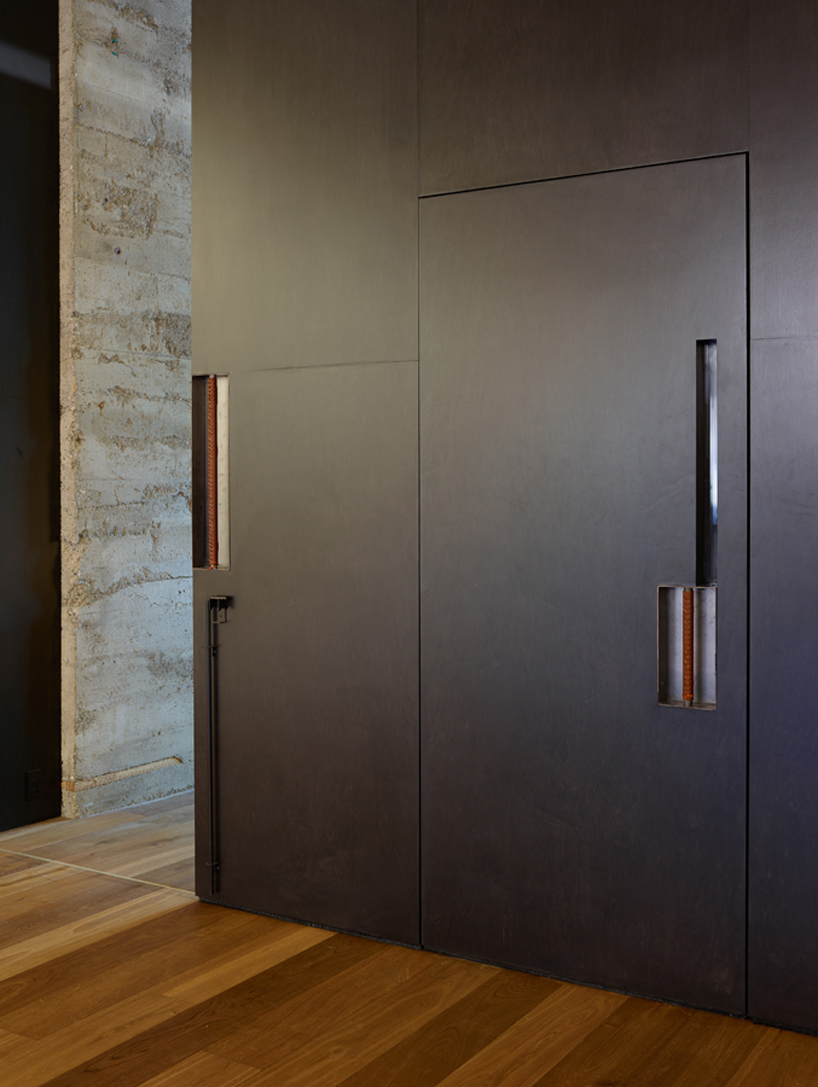 between sessions, the sliding wall hinges to create a clear opening measuring 9 feet across. not only does this make socializing significantly easier, it works in tandem with operable windows on the exterior to let the space ventilate naturally. 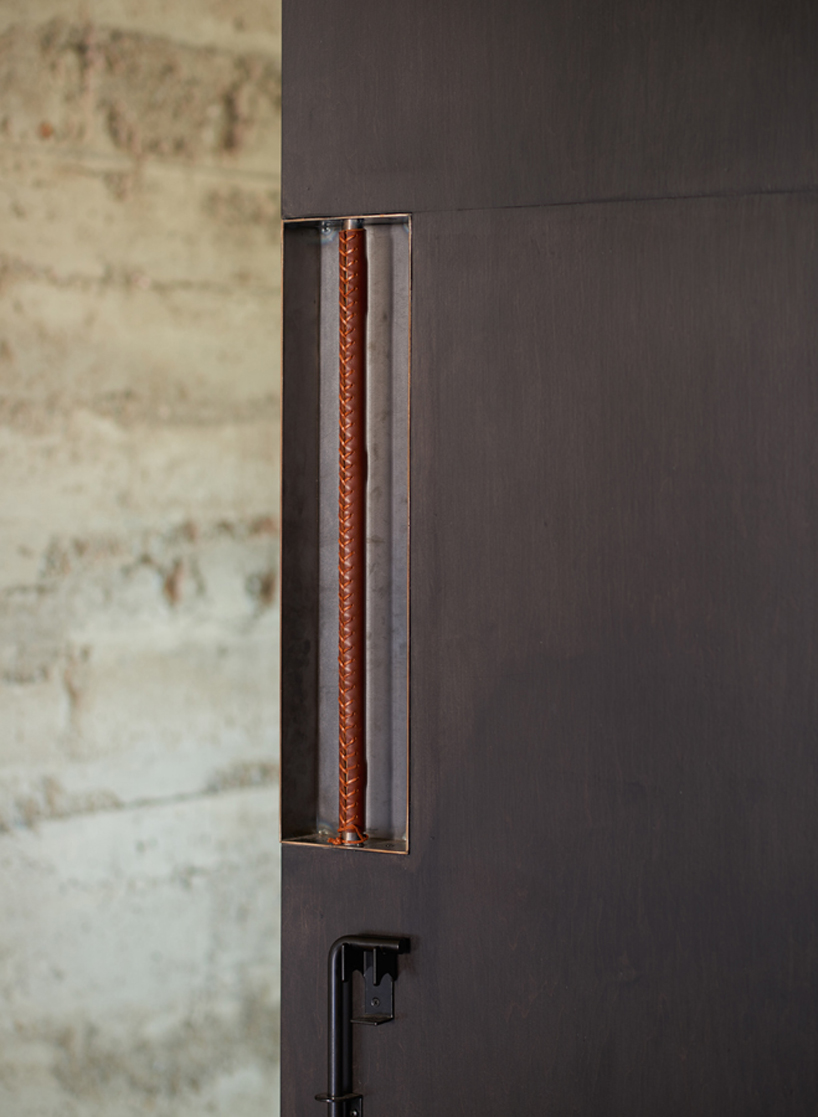 during renovations of the interior a board-formed, cast-in-place concrete wall was exposed. not wanting to destroy the piece of history, it was hand scraped and sandblasted over a period of three days to reveal a beautiful rawness covered by almost a hundred years — and layers — of paint and plaster. ‘ritual house’ is the first yoga studio of the owners, and it couldn’t be a better place to start. 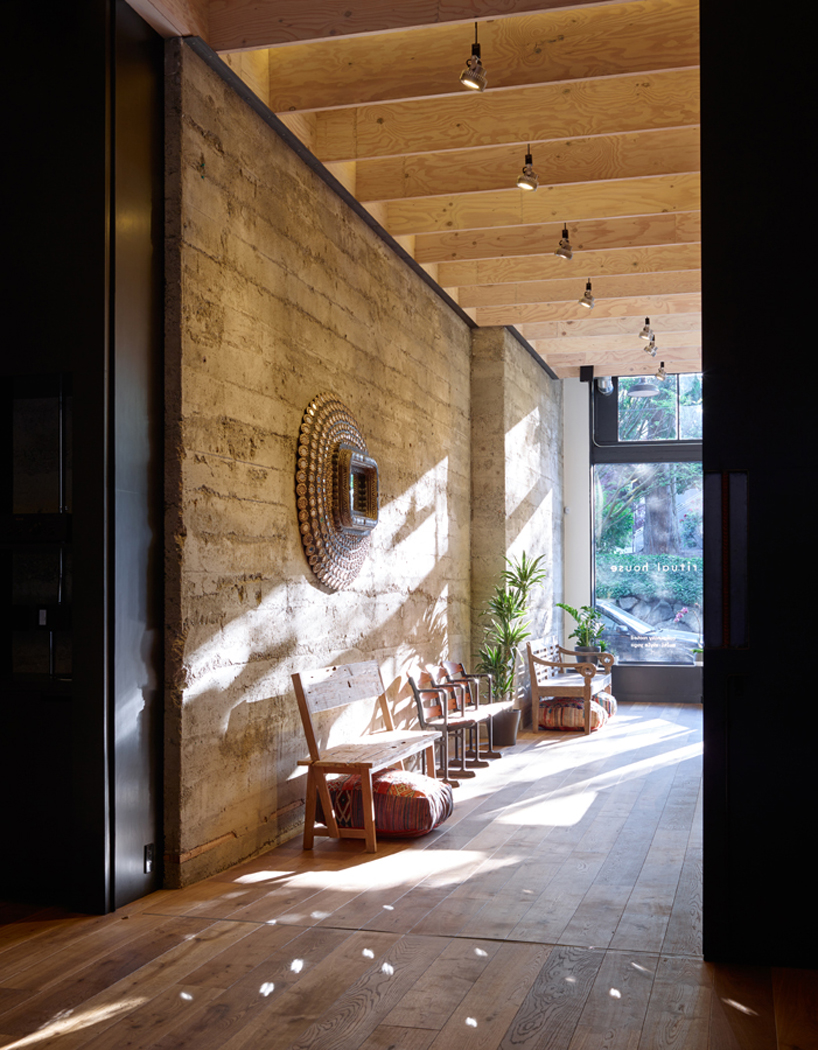 evening sunlight reflects off the concrete wall in the transition space 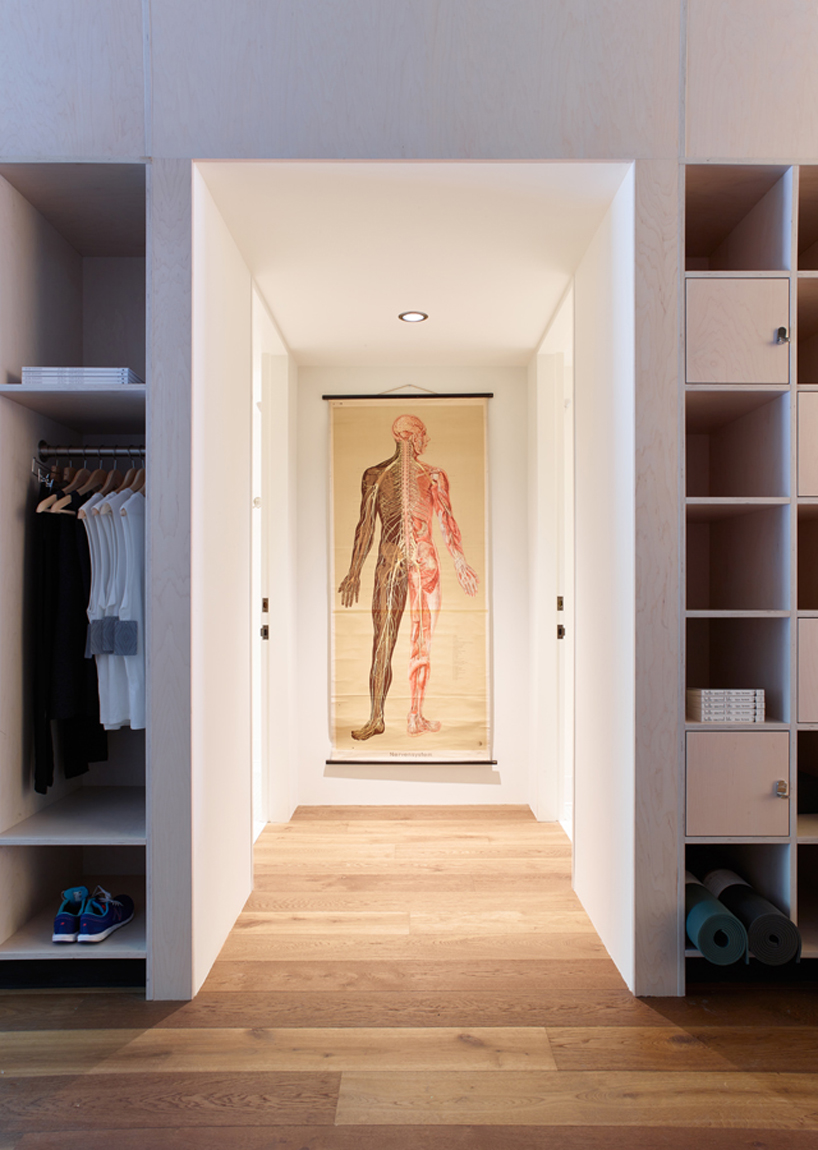 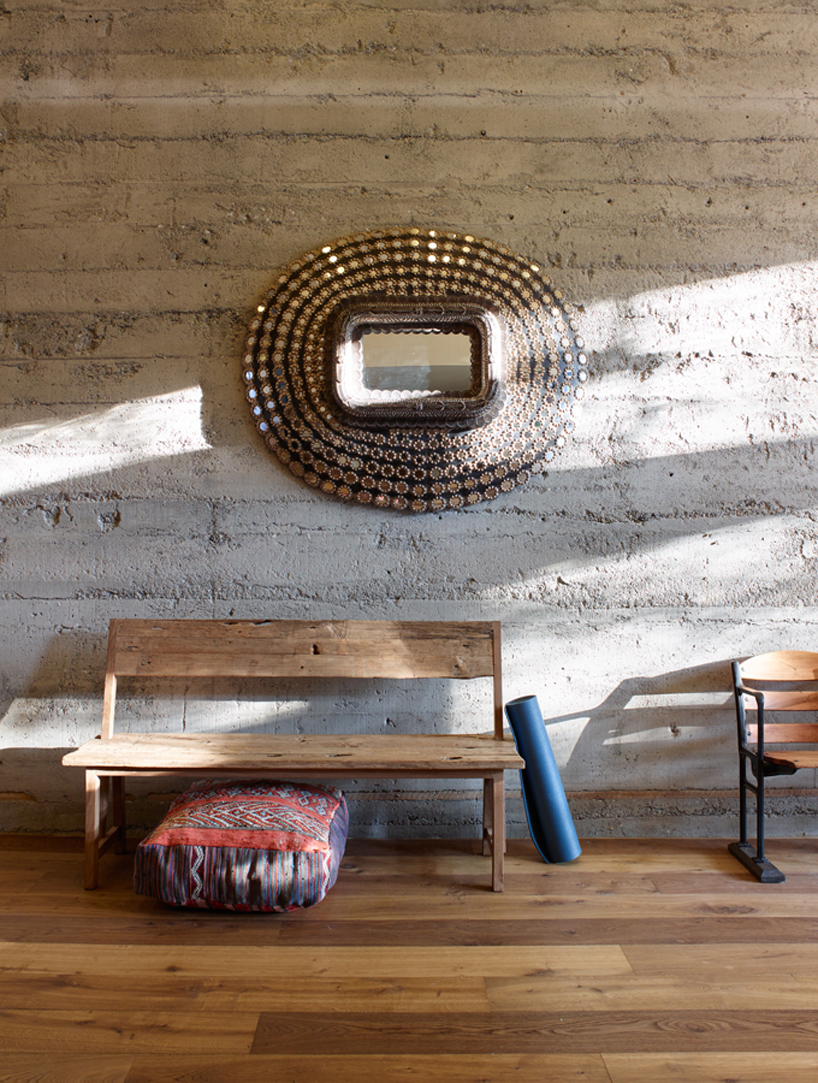 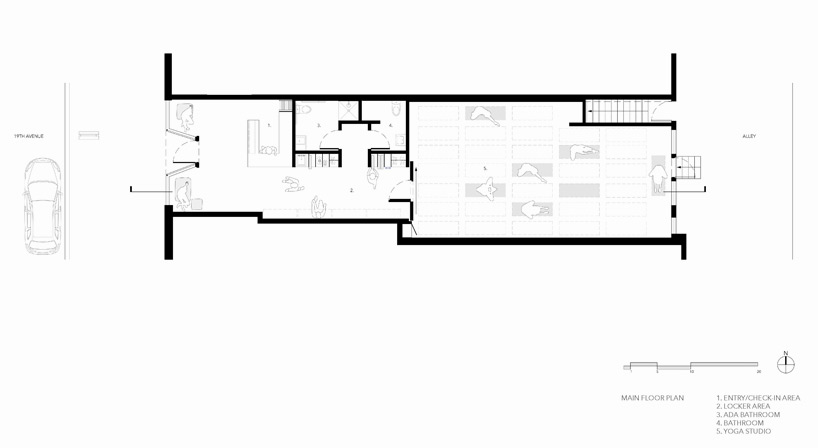 Oct 22, 2020
two bright orange, mesh fabric installations by behin ha pop up in denmark
titled 'together apart', the projects were influenced by the studio's reflections on the nature of social gathering during the 2020 pandemic.
architecture
572 shares
connections: +1230