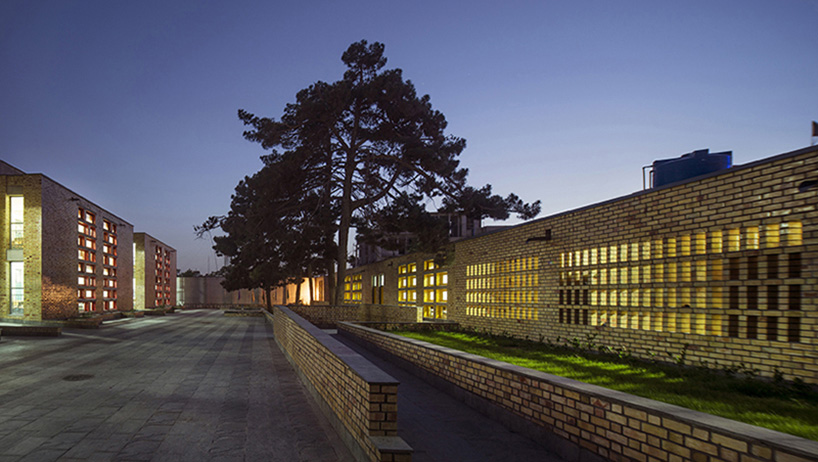 the complex is approximately 1,600m2, and replaces a building — formerly a school — that was in a severe state of disrepair. ‘gohar khatoon’ educates girls and young women from kindergarten through grade twelve, acting as a gateway to mazar-i-sharif’s multiple universities. upwards of 3,000 students attend the institution daily, effectively positioning it as a vital source for female education in an important urban location. the school serves as a powerful mechanism for the continued development of women’s inclusion in afghan society by promoting stability, comfort, and community engagement.

learning facilities are often the only places where girls are permitted to socialize outside the home. this, as well as the disappearance of large areas of green space due to urban development, became key considerations for the design team. ‘gohar khatoon’ has several culturally-acceptable outdoor activity spaces that allow for physical fitness and socializing, with special attention paid to promoting interaction between students. several other places on campus were planted with fruit-bearing trees, and special zones were created specifically for vegetable and flower growing. as water is a precious resource in the city, all landscaping is irrigated via biologically-treated wastewater. 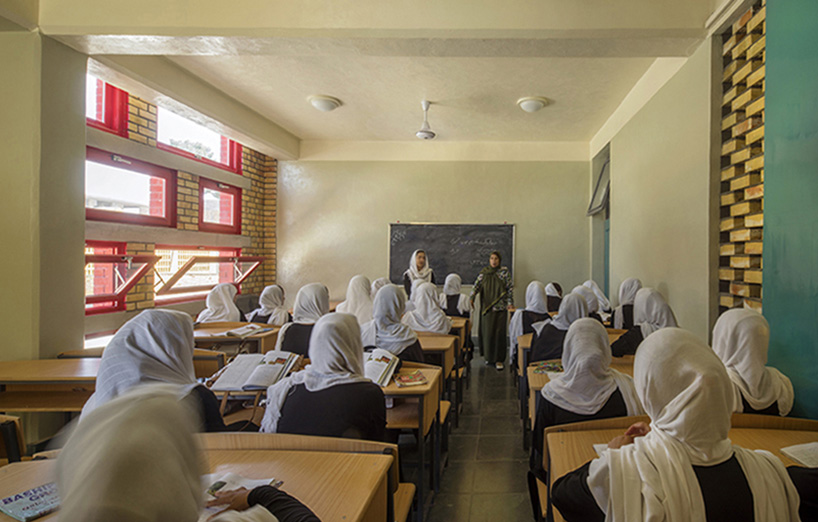 art has played a significant role in the school. a series of visioning sessions allowed for students to learn about their new home away from home, as well as actively participate in its creation. a mural competition was held to promote female artists working in the area, which eventually supplied six individuals with the opportunity to install their works in ‘gohar khatoon’s’ central staircases. 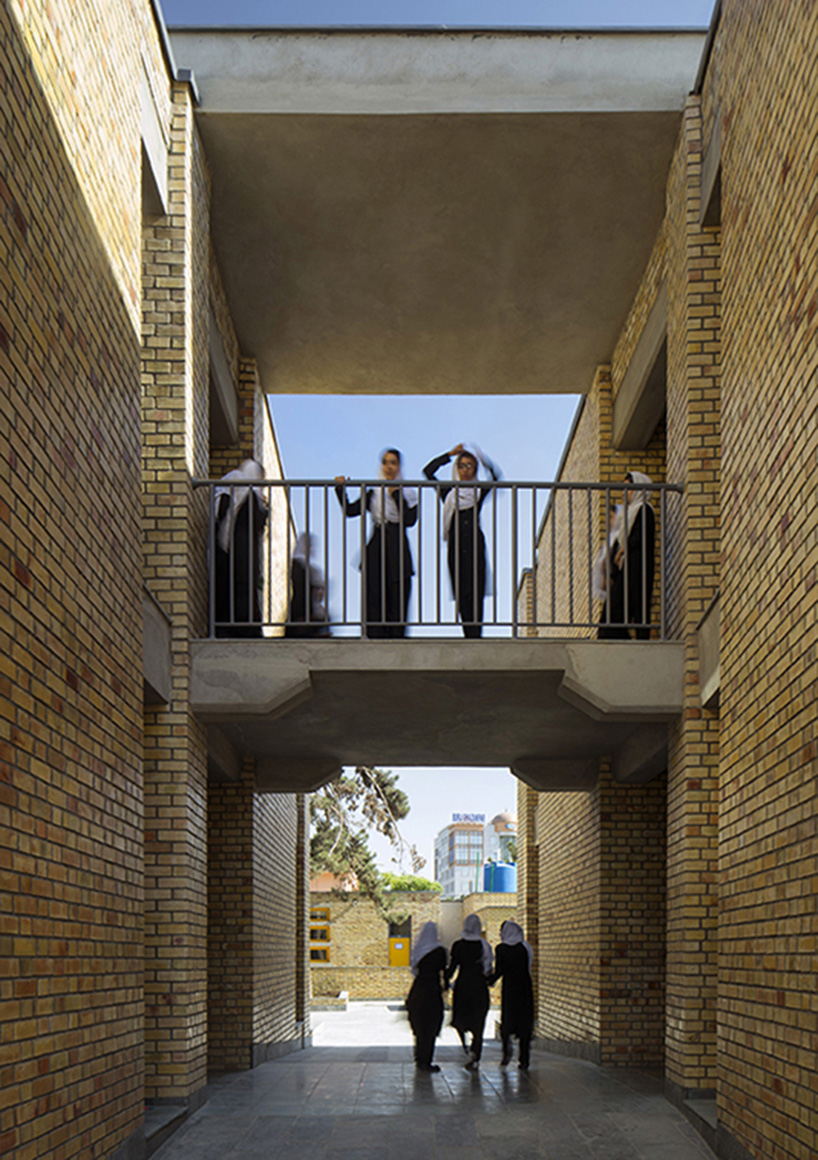 in order to avoid several downfalls recurrent in afghanistan’s education facilities, emphasis was placed on self-sufficiency. should the power go out or budget downfalls leave insufficient funds to purchase essential components like fuel for heating, the structure itself can supplement. the building mass is positioned on site to maximize solar heat gain in winter months and naturally ventilate during the summer and hot seasons. 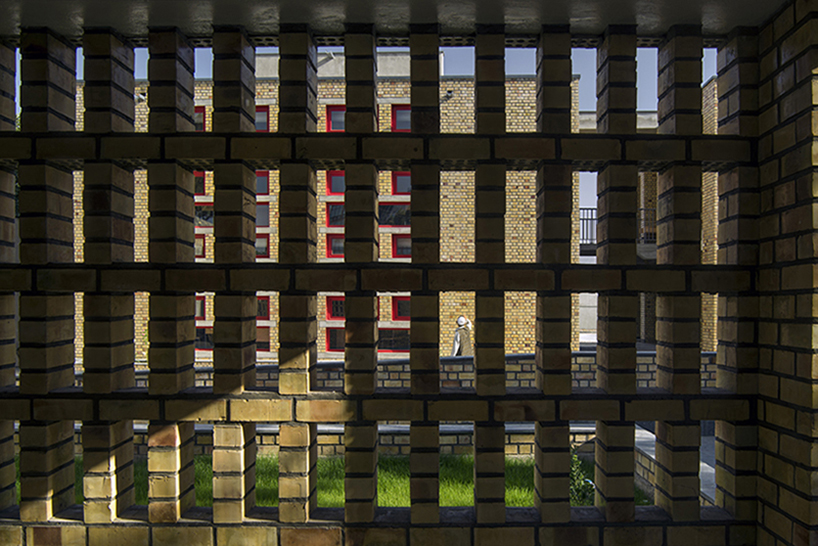 thick masonry walls absorb and retain as much heat as possible. central stairwells — one in each of the school’s blocks — function as ‘sunspaces’ that capture heat during winter. operable floor-to-ceiling vents and doors allow circulation through north-facing classrooms; south-facing spaces receive enough direct solar gain to operate autonomously.

a central courtyard serves as a reunion space for the students

cooling, on the other hand, is achieved with a combination of cross and stack ventilation systems. large seasonal doors at the end of each ‘sunspace’ (central stairwells) can be opened fully, and transoms, located over central walkways, pull air throughout the entire block. 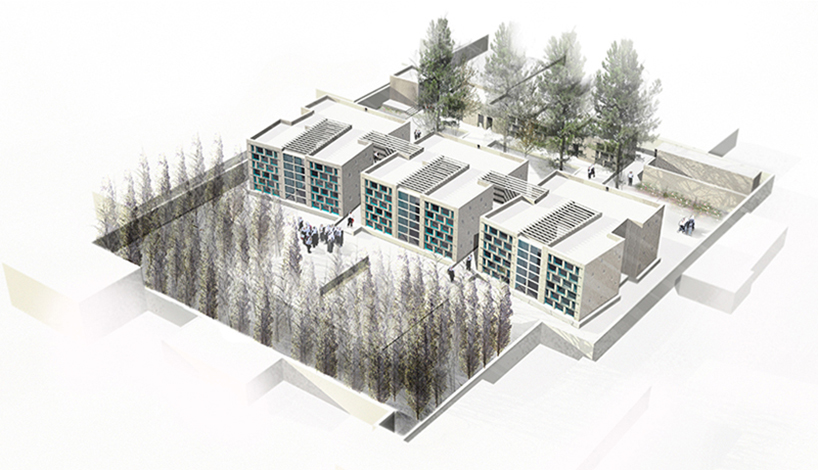 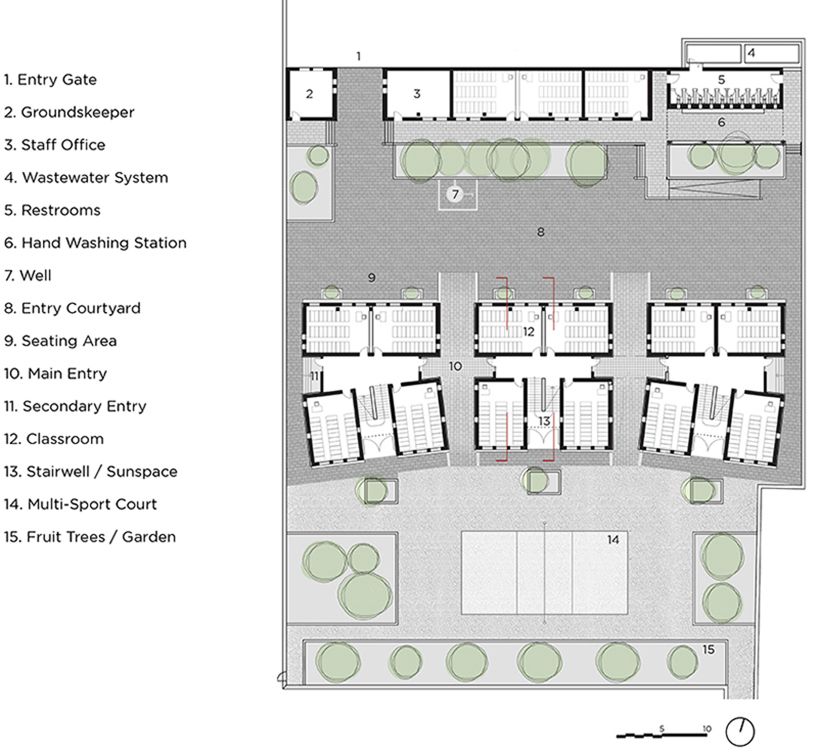 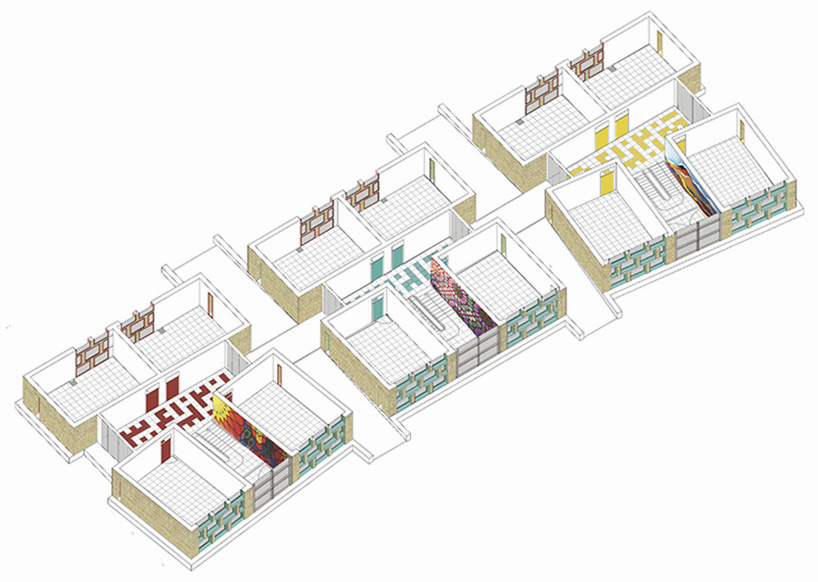 Sep 16, 2020
tadao ando completes 'he art museum' in china ahead of october 2020 opening
the building will house an art collection that consists of more than 500 works ranging from painting and calligraphy to photography and sculpture.
architecture
0 shares
connections: +1700