google has revealed the first images of its planned london headquarters — a vast 11-storey building that has been collaboratively designed by heatherwick studio and bjarke ingels group. the king’s cross campus, which will be the first wholly owned and designed google building outside of the united states, would comprise more than 1 million square feet, with google occupying 65% of the floor area. google has submitted an application for planning permission to camden council, with construction expected to get underway in 2018. 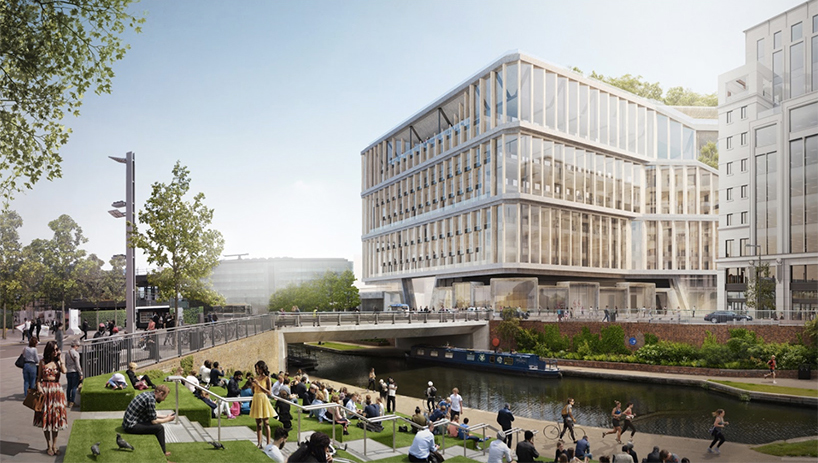 conceived by heatherwick studio and bjarke ingels group, the purpose-built structure will be combined with google’s current building at 6 pancras square and a third building to create a campus with the potential to house 7,000 employees. the scheme will feature a ‘natural’ theme, with all materials sourced through google’s healthy materials program. the project’s planning application indicates that the complex will also house an indoor basketball court and a swimming pool. the building will be topped with an expansive roof garden. 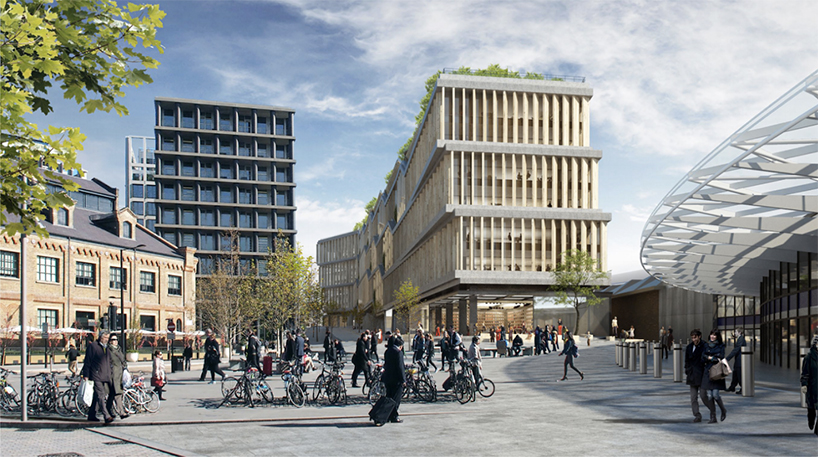 ‘as my home and the home of my studio for more than 15 years, I have a close relationship with king’s cross,’ explains thomas heatherwick. ‘the area is a fascinating collision of diverse building types and spaces and I can’t help but love this mix of massive railway stations, roads, canals and other infrastructure all layered up into the most connected point in london. influenced by these surroundings, we have treated this new building for google like a piece of infrastructure too, made from a family of interchangeable elements which ensure that the building and its workspace will stay flexible for years to come.’

the 11-storey building will feature a ‘natural’ theme

‘our design for the new google campus at king’s cross is rooted in the local character of the area, taking advantage of the contextually defined building envelope while creating continuously cascading work environments that will connect googlers across multiple floors,’ adds bjarke ingels, joint architect of the new building. ‘by opening up the ground floor and activating the roofscape, the light and airy workspaces are sandwiched between the terraced gardens on the roof – and market halls, auditoria and shops on the ground.’ 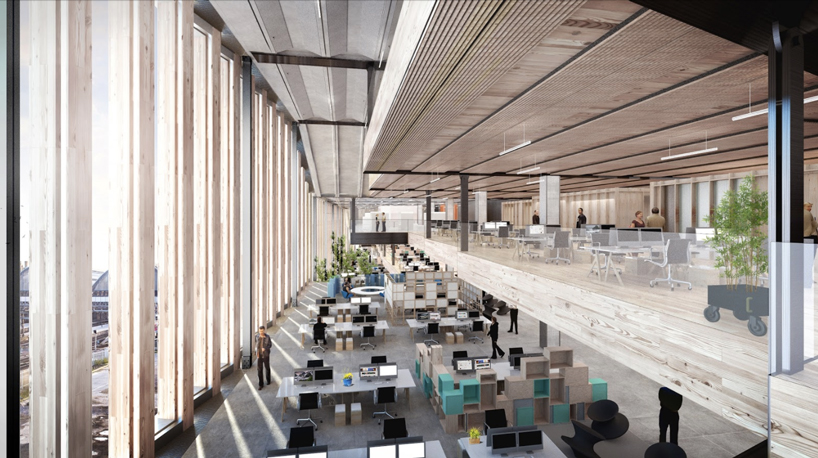 a range of different working environments will be available to staff

‘we are excited to be able to bring our london googlers together in one campus, with a new purpose-built building that we’ve  developed from the ground up,’ says google’s director of real estate & construction, joe borrett. ‘our offices and facilities play a key part in shaping the google culture, which is one of the reasons we are known for being amongst the best places to work in the industry.’ 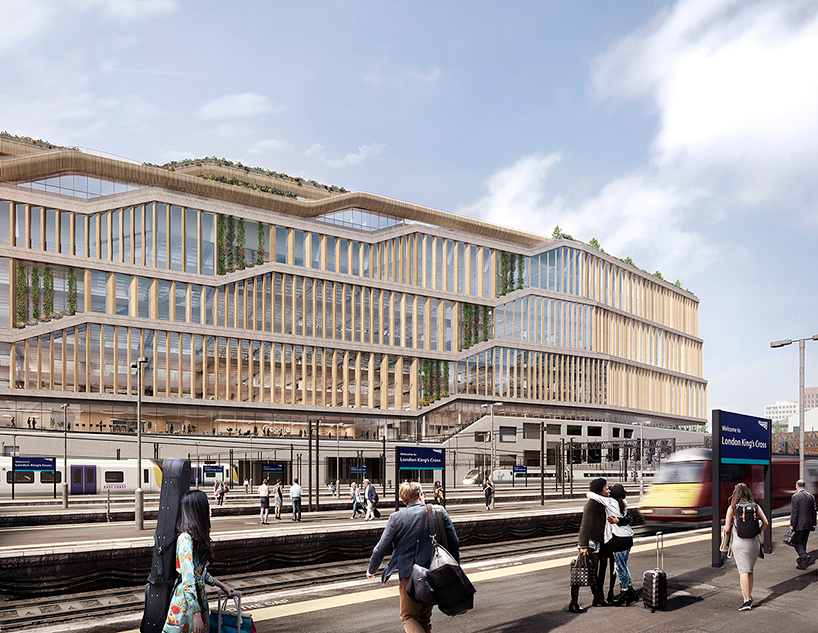 heatherwick studio and bjarke ingels group are also collaborating on the design of google’s charleston east campus in california, which was approved by local authorities earlier this year. see designboom’s coverage of the project here.

Oct 23, 2021
'a dome' pavilion is shaped after the monumental niche of a spanish cathedral
the temporary installation appears to float in front of the cathedral of santa maria de la redonda in logroño.
architecture
0 shares
connections: +730